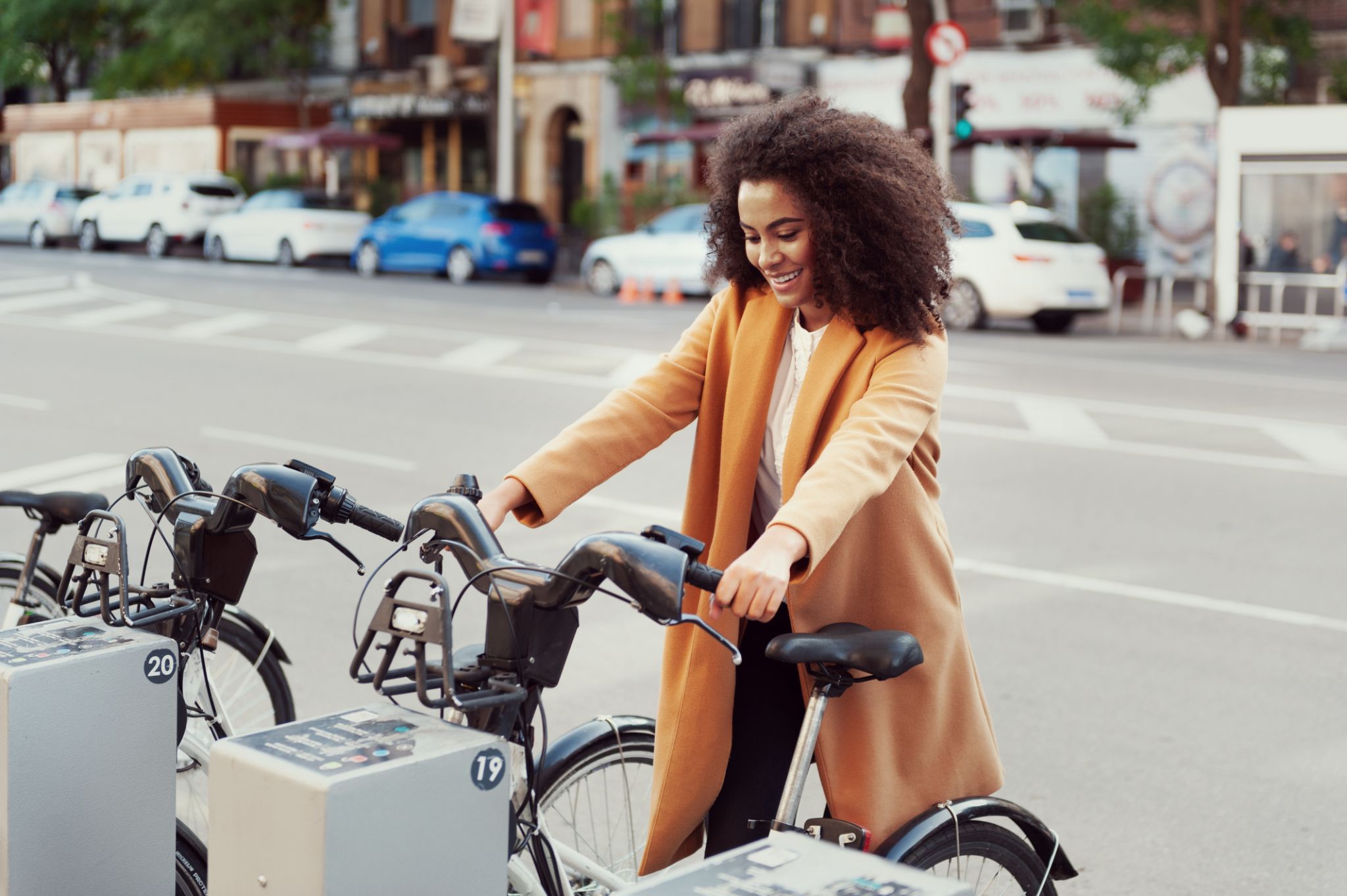 Decarbonization is a global challenge and an obligation for current generations if they want future generations to enjoy what is left of biodiversity, of a climate with seasons or increased life expectancy. Unfortunately, decarbonization is costing more than expected. Which are the most polluting cities? Which cities are implementing measures? 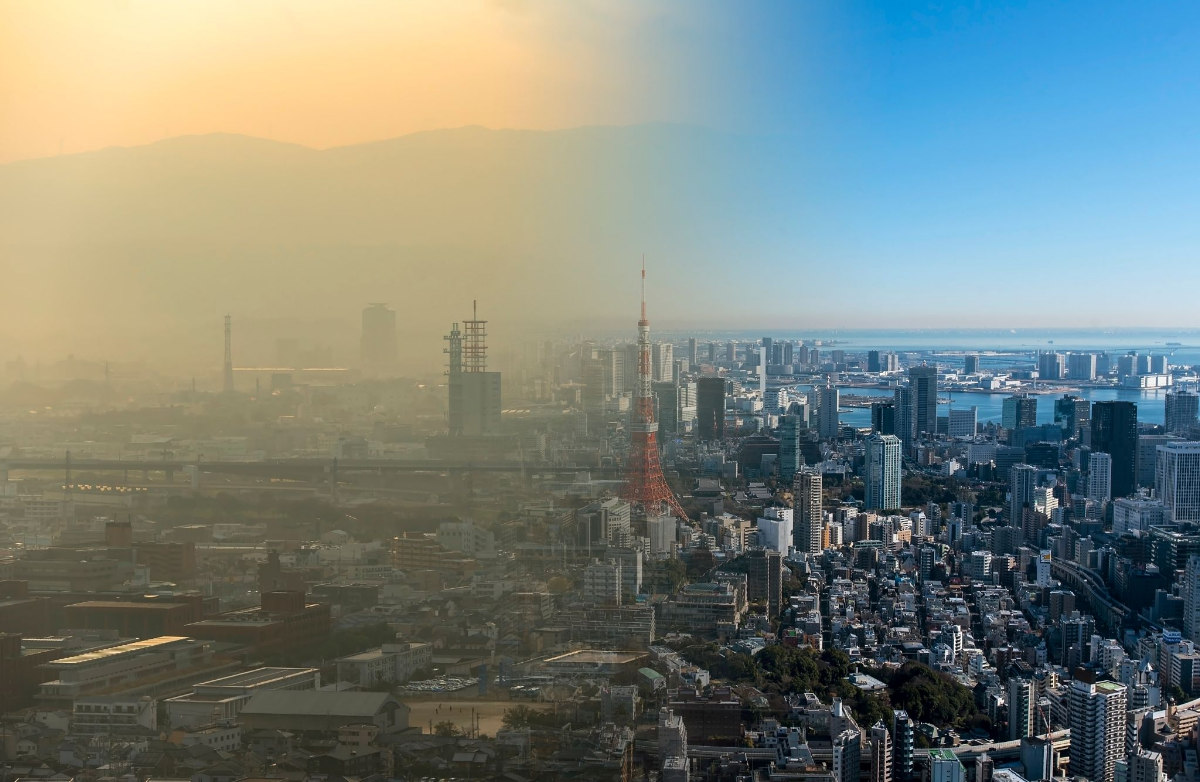 Decarbonization consists of a transition period in human civilization in which carbon and other polluting elements are no longer emitted into the atmosphere, oceans and rubbish tips, while also removing the carbon accumulated previously on this outer layer of the planet.

In other words, after the decarbonization, humanity will no longer use fossil fuels for its activities, and will not dispose of elements such as methane, nitrous oxide or hydrofluorocarbons to generate energy, manufacture objects or travel. And it will clean the atmosphere and the ocean.

What are carbon emissions and why are they so dangerous?

All human activities have an impact on the environment and many of these activities require polluting greenhouse gas emissions such as CO2 and others to be emitted into the atmosphere. For example, when energy is generated in thermal power plants or when driving diesel vehicles.

Anthropogenic carbon dioxide emissions have not ceased to increase since the Second Industrial Revolution, which we know thanks to the changes in the sea ice in the Antarctic. Or since they have been measured in the Mauna Loa observatory. In May 2021, once again the record figure of 419.05 ppm of CO2 (parts per million of carbon dioxide) was recorded.

Carbon (CO2) and the greenhouse effect

One of the major consequences (but not the only one) of the accumulation of CO2 and other greenhouse gases in the atmosphere is precisely the greenhouse effect. This phenomenon renders the atmosphere incapable of reflecting part of the solar radiation and it is heating both the atmosphere and the ocean.

It is heating up so much and so quickly that the current climate change is the result of our CO2 and CO2-eq emissions. With the aim of simplifying the text of some environmental impact reports, we often talk of metric tons of carbon dioxide equivalent or MT CO2-Eq. Methane, nitrous oxide or hydrofluorocarbon emissions are measured in this way.

Carbon emissions per capita per country

The five countries that emit the most CO2 per year are:

That said, these figures provide limited information, since not all countries have the same population or have being emitting for centuries. According to latest global figures, the countries that emit the most CO2 into the atmosphere per person and year are: 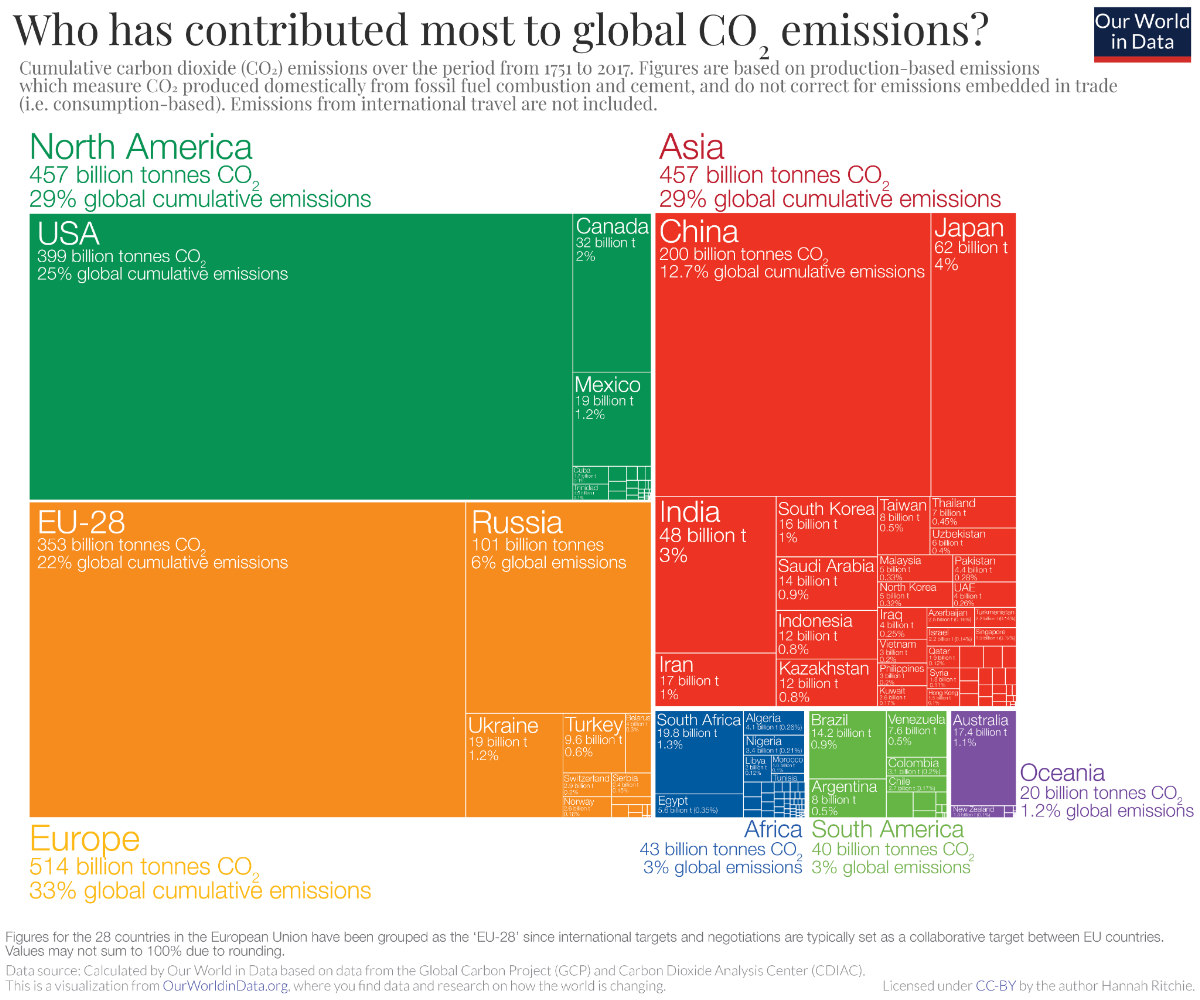 Furthermore, as illustrated in the Our World in Data chart, the country that has emitted the most CO2 ever into the atmosphere is the United States with 399,000 million tons of CO2, 25% of all emissions (4.28% of the global population). It is followed by the European Block (EU-28) with 22% and then China with 12.7%.

What is the aim of decarbonization?

The aim of decarbonization is to return as soon as possible to the atmospheric carbon values prior to the Industrial Revolution. This will not be easy, but it is essential.

Why is decarbonization required?

Climate change is probably the greatest challenge lying ahead of humanity. While most of the Sustainable Development Goals are on course, some of those related to Climate Action are not doing so well.

If between 1900 and 2013, the global temperature had increased by at least 0.9ºC (0.007ºC/year), between 2013 and 2016 it had increased by another 0.24ºC (0.08ºC/year, referred to as the big jump). Practically every year the heat in the world’s oceans reaches new record levels. The discussion is no longer how to stop climate change, but how to alleviate its impact.

This affects the planet’s delicate biodiversity equilibrium, the permafrost has already thawed, releasing methane and past diseases. The fear is that the methane leaking from the Arctic will further pollute the atmosphere.

The simplest solution in terms of decarbonizing the atmosphere is to stop contributing to carbon emissions. However, in the hypothetical case of these stopping immediately, the climate change problem would not stop. Active carbon capture technologies are required.

Can the economy be decarbonized?

During the periods of confinement due to the pandemic in China and in Europe, satellites such as the Copernicus Sentinel-5P monitored the atmospheric pollution. It was not hard to reach the conclusion that, when many human activities came to a standstill, pollution levels reduced drastically.

Although it is complicated, it is possible to reduce CO2 emissions. France has cancelled all flights if the trip can be completed by train within two and a half hours, Spain has joined countries turning their highways into toll roads and LEZ zones in cities are proliferating.

In fact, dense cities are the best tool for reducing emissions. Afterall, they are the environments in which the fewest emissions per capita exist, mainly due to the low dependency on private vehicles, the possibility of sharing centralized temperature control systems or abandoning thermal temperature control. 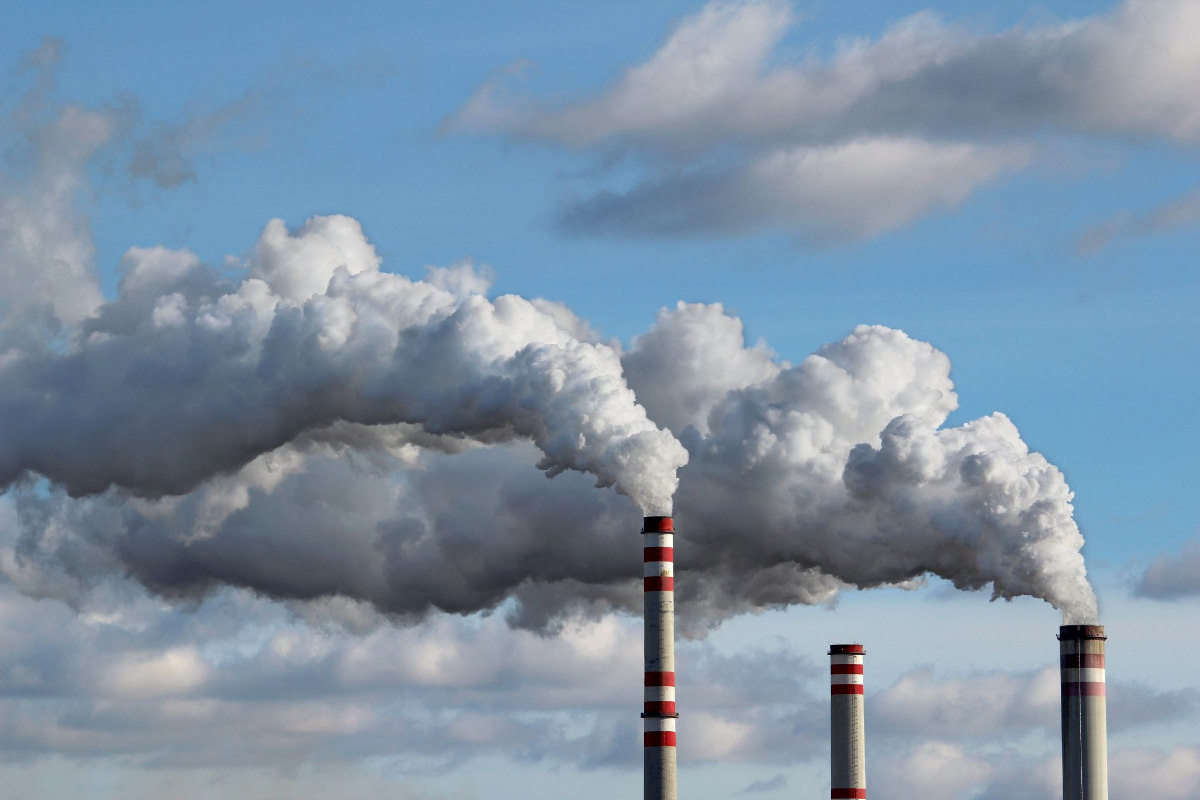 Compared with a town made up of detached houses, a dense neighborhood occupies 92.8% less land occupation, it saves 70% on transport energy use per person and 82% on water, among dozens of similar metrics, the majority of them with an impact on CO2.

It is precisely in large urban areas where decisions are made that contribute the most to decarbonization. Seoul accommodates its residents almost solely vertically; Paris will eliminate 60,000 parking spaces and Madrid buys energy from renewable sources for public buildings. Small changes that will help to decarbonize human activities within a few decades.