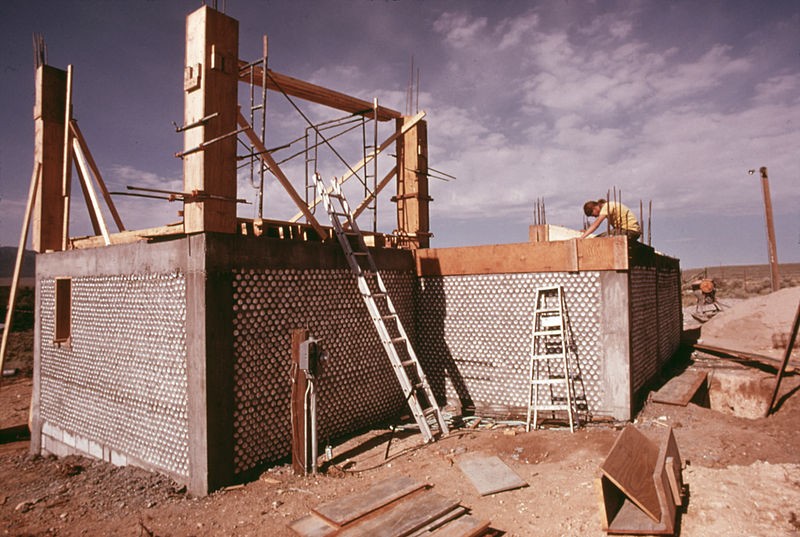 Earthships, these low-rise, single-story structures developed in the United States during the 1970s, gained popularity towards the end of the 20th century thanks to the growing interest in low-impact building techniques. Despite the fact that under current standards, the model cannot be considered sustainable architecture, many of its original ideas can be found in bioclimatic architecture.

What is an Earthship building?

The Earthship style of architecture is a form of minimal impact home that is self-sustainable in energy and climate controlwith embodied energy, designedin the 1970s by the architect Michael Reynolds. The basic features of Earthships include:

For decades, the standard has been marketed under the Earthship Biotecture brand, although the Earthship concept has evolved since Michael Reynolds created the concept and it has in fact merged with other methods such as the circular economy or bioclimatic architecture, resulting in even greater sustainability.

Advantages and disadvantages of the Earthship model 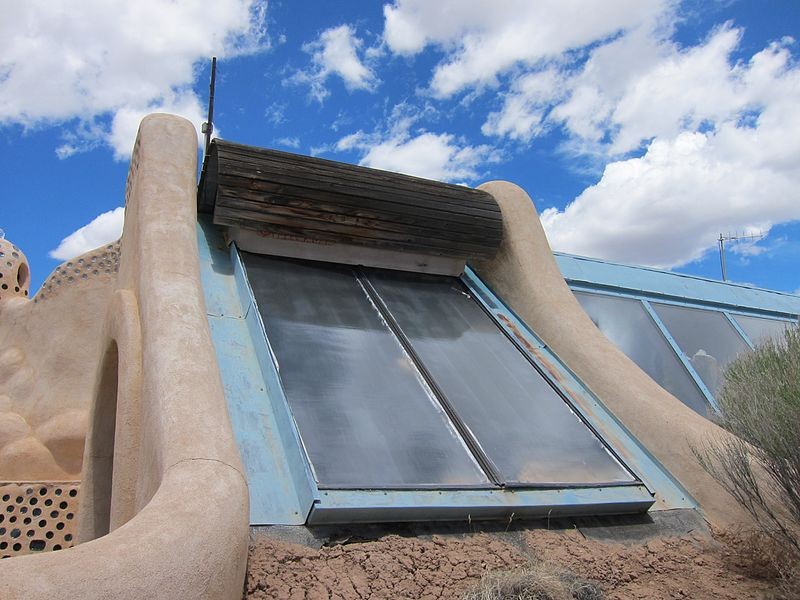 At the end of the 20th century, environmental movements focused, as they continue to do, on climate control (heating and cooling systems) and embodied energy (energy required to manufacture materials). To tackle these two negative impacts, Earthships are ideal because their impact on both points is not only low, but sometimes negative.

However, as previously unidentified impacts have been uncovered, the Earthship model has not been able to incorporate them. The impossibility of high-rise buildings means these houses have to depend on a disperse urban planning model highly dependent on cars, which despoils the territory and is electro-intensive, therefore, it is not entirely eco-friendly.

That said, many of the original features of the Earthship model are now included in manuals on medium and high-density bioclimatic architecture, which does take into account impacts such as biodiversity, land use or low-emission mobility, among others.

This impact tends to have an effect on the cost of building an Earthship house which, as indicated in the Garbage Warrior documentary about Mike Reynolds, can easily exceed $500,000. It is not an affordable option for low-income families, particularly considering that each inhabitant will then need a car in order to enjoy any form of autonomy.

How much does an Earthship cost? As pointed out, despite using recycled and readily available materials, Eartships do not make for necessarily cheap homes. A fundamental problem that many buildings face is that they are built in areas that do not always have the most suitable climates, which increases the insulation requirements and the cost of the architectural project.

Some estimates based on costs in the United States place the price per square foot (0.09 square mete) at $150 for what amounts to a bare-bones construction, and prices can easily go up to $225 if you are more demanding. Maintenance should also be considered, since building materials settle over time, expand and contract, which makes it necessary to replaster the walls each year.

Other costs include the use of gray water pumps (since Earthship homes are often located in remote locations), treatments to prevent mold growth in damp areas, and the use of adequate windows to ventilate roofs.

How are Earthships built?

Apart from the characteristics indicated above, Earthships tend to be U-shaped homes designed to maximize natural light in winter. They also often have Trombe walls with south-facing glass areas creating a greenhouse effect inside.

Various thermal masses are often used to heat or cool rooms. For example, building at ground level tends to stabilize the internal temperature ---although it does also require cooling or heating systems due to losses--- and different natural ventilation methods (not forced) are normally used to disperse the cold or the heat.

As it was created in the United States in the 1970s, the Earthship architecture was strongly influenced by the cultural factors of the time, such as private vehicles as a mode of mobility, not just as a disperse city model. Building materials include unwanted materials such a tires, which were very common in these 20th century economies as recycling rates were low.

Walls made from non-recycled tires were a success in these buildings, because they allowed relatively thick walls to be built (with high thermal mass) in just a matter of hours. The tires were stacked flat and packed with earth from the surrounding area like tire bricks.

The advantage in terms of climate control and thermal mass is undeniable, although these types of walls need to be emptied regularly in order to get rid of unwanted plants that grow within and tend to destabilize the wall. Parapets can also be built to protect against the wind or enclosures marking the boundaries of the property.

Walls made from cans or bottles 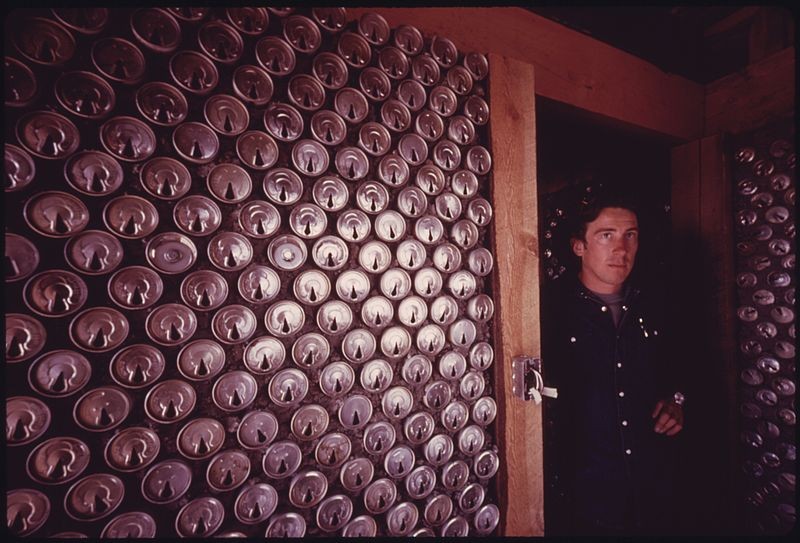 Another popular non-recycled material used during the end of the 20th century were soda cans. This is where the hexagonal honeycomb models came from, with walls built by stacking tin cans side by side. Their thermal properties are not great, but they do function as mediators.

One of the advantages of the Earthship model is that it does not require high technological capacities or complex skills in terms of the construction requirements. The disadvantage is that the quality of the house is low and, in many countries, incompatible with building regulations, based on health and safety reasons.

How long does it take to build an Earthship?

The Earthship model, as with most single-story constructions in the United States, does not take long to build. The assembly is almost modular and the lack of structural elements, such as concrete or bricks, makes it quite easy to build one of these homes.

However, the duration of the homes is also noticeably short, and materials do need to be replaced every few years. This is also common in most single-family homes in the United States, which is why the model has been used more in this country than any other. It is illegal in most parts of the world.

Most examples of Earthships are located in the United States. However, there are some in other countries, for example the Brighton Earthship, in the United Kingdom. It was built as an experiment in 2006. There were a few other attempts in Europe during the same period, as illustrated in 'Earthships in Europe' (2012).

Another relevant example is the Tol-Haru project in Ushuaia, Argentina. It came about thanks to a campaign by the NAT Foundation, the aim of which was to build a house that could be heated without depending on fossil fuels. Paradoxically, given its remote location, it is still dependent on fuel for mobility. It is currently maintained as a museum piece.

Although it played a significant role in sustainable building, the Earthship model is being replaced by other more sustainable ways of living on Earth, such as medium-density cities without cars.