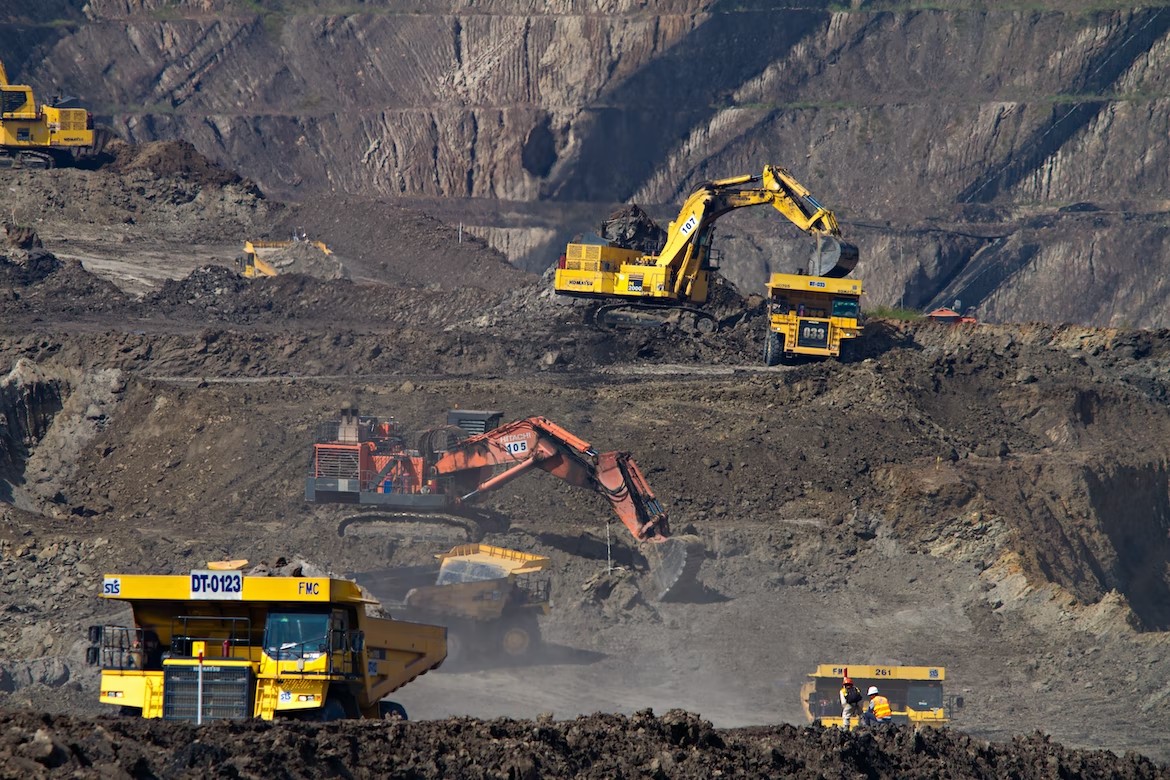 Jakarta is sinking beneath the weight of its buildings. As water levels underground are beingdepleted and the Java Sea is rising due to global warming, the city is being flooded every few months. After years of talking about possible escape routes, the Indonesian Parliament approved a law to relocate the nation's capital to the island of Java under the name of Nusantara.

The image illustrated in this article does not show the construction of the future city, but of the coal mine in Kalimantan. But this region may have a similar appearance for a few decades. Hundreds of thousands of hectares have been reserved for the construction of Nusantara, and criticism from green parties increases as the construction date nears. What will the new capital be like?

Nusantara, a new capital for Indonesia

At an estimated cost of over $28.4 billion (probably a great deal more in practice), the Indonesian government will build a completely new capital that fulfils "a centralizing function and will be a symbol of the nation's identity", according to Suharso Monoarfa, the Minister for National Development Planning.

Unlike the highly pollutedJakarta, Nusantara will act as a low-emissions area, which will contain the government and all administrative functions. More central with respect to Indonesia as a whole, Borneo seems like the ideal place to establish a new city.

Apart from the government, Nusantara aims to be the center for leading industries including the pharmaceutical, medical or technology sectors, together with all those that promote sustainable growth. With a privileged location in the center of the archipelago (the term Nusantara means outer islands in Javanese) it intends to become the country's node.

Nusantara will be built in East Kalimantan, the second largest province in Indonesia and the eastern area of the island. This particular region already has two important cities, Samarinda and Balikpapan, the activities of which are practically entirely based, unfortunately for the environment, on chopping down the original forest and extracting oil. Balikpapan even has its own refinery and the accompanying pollution.

Nusantara cannot make the same mistakes as Jakarta, which would be failing to design an environmental policy that allows long-term sustainability, but it cannot copy the dynamics of its future neighbors Samarinda and Balikpapan either.

This is something that politicians have taken into account. According to Joko Widodo, Indonesia's president, Nusantara "will be the starting point for an Indonesia based on a green economy, through innovation and technology". The president has already undertaken not to invade protected green areas, even though these are scarce and not connected with one another.

The initial models and renders show a Nusantara integrated within nature with buildings surrounded by greenery, perhaps avoiding the urban planning mistakes of the 20th century. However, so far no elements regarding its urban development have emerged, although the western sprawl has been ruled out in favor of high-rise buildings.

Looking at other newly created cities in Asia (particularly in China), it is hoped that Nusantara will be a city that avoids formulas such as the colonialism seen in Jakarta, and that it will follow an environmental policy similar to that of sponge cities, so as to avoid the environmental problems of the current capital.

What will happen with the city of Jakarta? 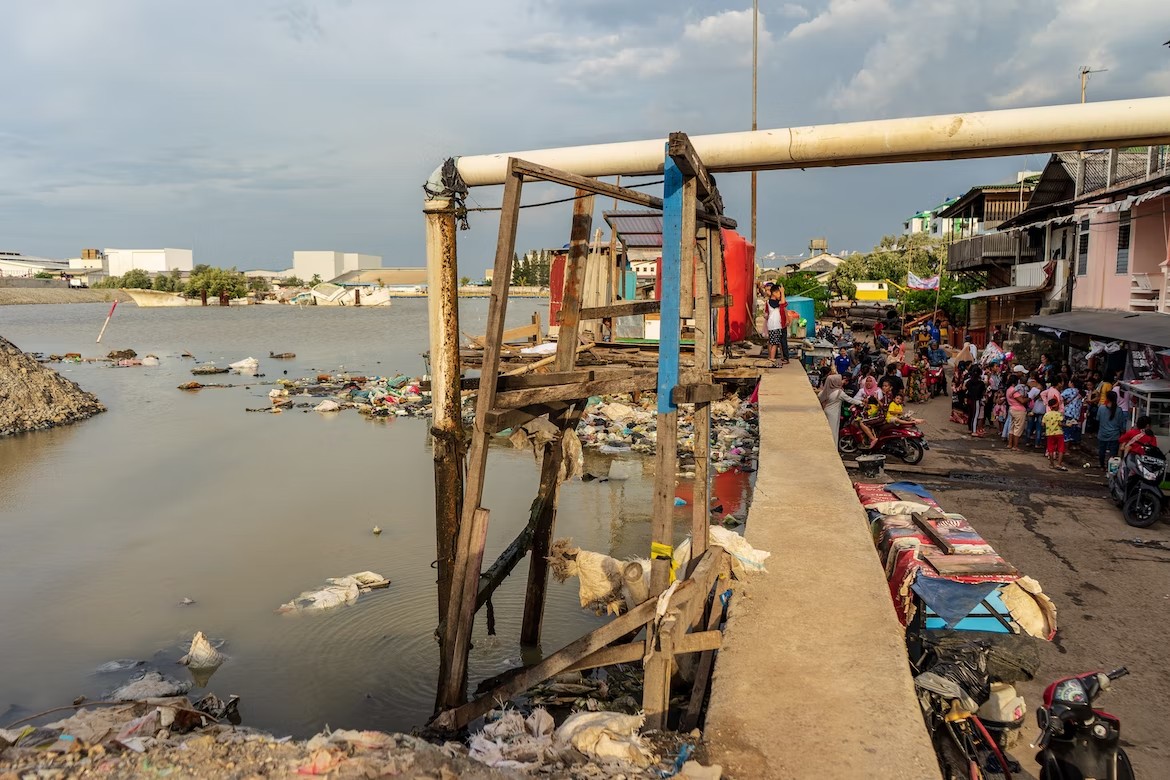 Historically, when a city has been moved to another place, the old once has continued to be populated and some have even grown. Lagos (Nigeria, 1991), Río de Janeiro (Brazil, 1960), Melbourne (Australia, 1927) or Philadelphia (USA, 1800) are just some examples of this.

Jakarta is not expected to drop in size, there are no plans to relocate the population, and there are no alternatives to stop the city from gradually sinking. As with Venice, Jakarta will continue to sink for as many centuries as there are inhabitants. Ten million people live there today.

There is a plan to relocate approximately one and a half million public officials, which could significantly destabilize Jakarta. Without this continuous flow of public revenue, the city is likely to rapidly deteriorate. On the other hand, Nusantara is set to flourish.

In theory, Jakarta is still the country's financial and commercial center, partly due to the fact that the country's entire infrastructure is currently focused there. However, the relocation of the capital and with the old city inevitably sinking, the city would appear to be sentenced to death. This, however, will occur in many decades to come, or even centuries. It is sinking relatively slowly, as in Venice.

The environmental impact of the new capital

Borneo is the world's third largest island and its land area is relatively virgin. Almost the entire land area is unexplored and its 18 million inhabitants are concentrated on the coast, unlike the two million Indigenous inhabitants that live in the inland areas. According to all the studies conducted on the relocation of the capital, building Nusantara is considered to be a natural catastrophe in the making.

Nusantara will occupy at least 56,000 hectares of urbanized areas (although 256,000 hectares have been reserved) and it will initially move one and a half million people, although this number is expected to increase to a size similar to that of Jakarta. The greatest pressure will be on the island's orangutans, a species already in danger of extinction. 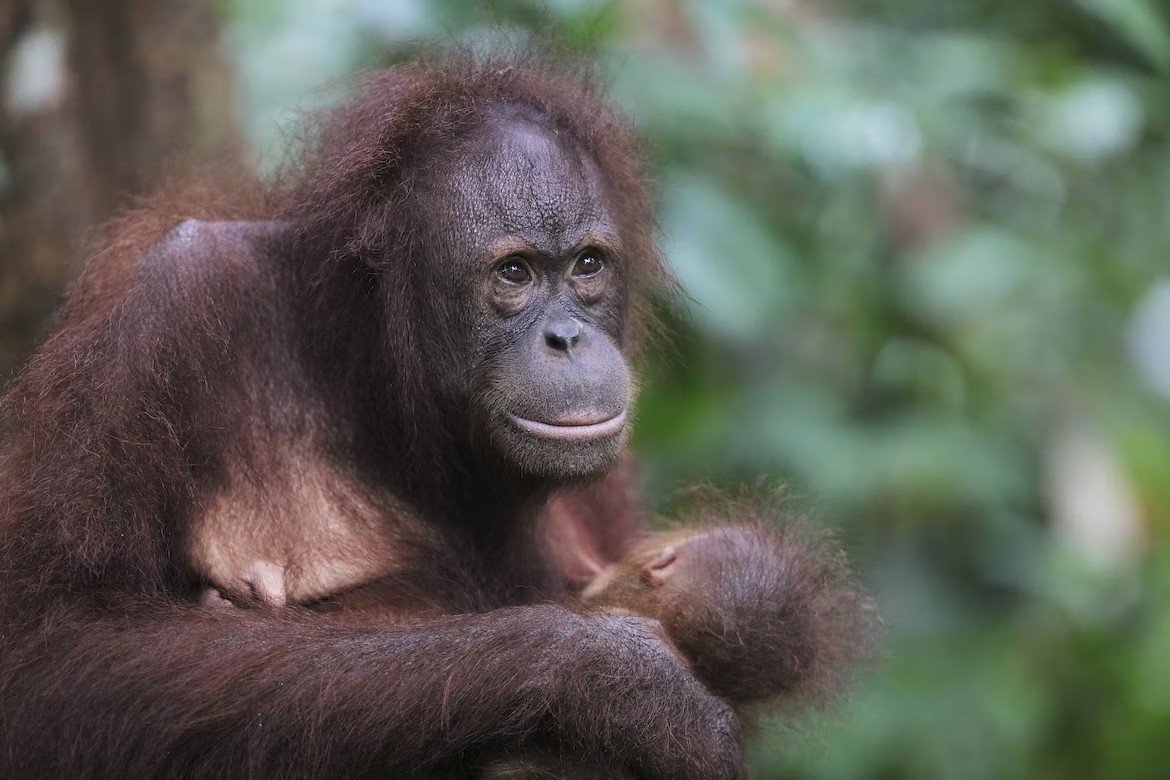 In addition to the Borneo pygmy elephant, the Sunda pangolin, the Sun bear or the clouded leopard. The environmental impacts will be enormous, and will add to the deforestation that has been taking place for over 50 years and which is endangering dozens of species. Kalimantan is one of the few regions in which orangutans live in their natural habitat, although they are threatened by the activities in Samarinda.

Jakarta is unsustainable, it literally cannot sustain itself. It is only inevitable that Jakarta will sink in the future and there is no doubt that in a few decades a large part of the population's homes will be underwater, or, in other words, a large part of the population will have emigrated elsewhere. The relocation of the capital is not something that can be avoided and there is no escaping it. Part of Jakarta will die.

An alternative to Jakarta is the construction of Nusantara, a project that will require a considerable environmental impact, which is the reason behind most of the criticism received (followed closely by the public opinion of the Jakarta residents that cannot leave), while others, which have already been ruled out, consist in significantly extending some existing cities.

Nusantara will be built and will probably merge Samarinda and Balikpapan like a conurbation due to the migrations that are expected to this region of Borneo. The eyes of the international community observe the project within the country's sovereign limits and in the hope that the errors in water and global warming mitigation policies are not repeated.