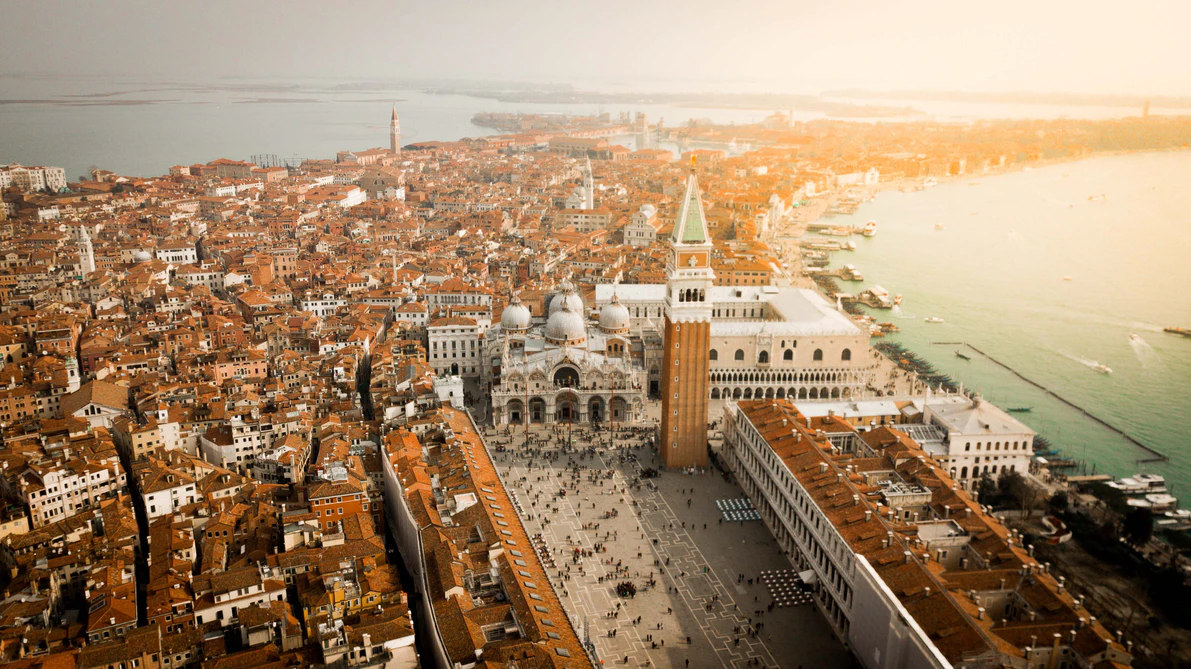 Venice is gradually sinking. It has been sinking for many centuries and will continue descending into the lagoon over the next millennia. In addition to the historical causes due to the lack of effective land support systems (technically, ‘subsidence’), is the increase in water levels as a result of man-made climate change. The Venice canals are steadily covering more windows.

Initiatives such as the MOSE system (MOdulo Sperimentale Elettromeccanico), based on a system of hydraulic floodgates, have helped prevent the rising sea levels from reaching the lagoon in the past. However, these measures designed last century in the 70s, are completely insufficient in terms of combating the rising levels of the Adriatic Sea today. Does Venice have a future?

Venice today: Why is Venice under water?

The ancient city of Venice (Venice, Murano and Burano) was built on a few hundred small islands in the Venetian Lagoon, with their buildings supported on timber piles, as the population of fishermen moved to the islands in search of protection from the invasion of the Huns and Lombards. Today it is a tourist attraction thanks to its water canals.

Over almost a millennium, those piles having been sinking into the lagoon bed, leading to land ‘subsidence’ at a rate of between 2 and 4 centimeters each century. Unfortunately, the extraction of water from the aquifers through artisan wells during the 50s and 60s, combined with the rise of the Adriatic sea levels during the 20th century due to the Mediterranean temperature increase, have accelerated this rise.

According to the IPCC, sea water levels rose between 10 and 25 centimeters and by 2100 they are expected to rise between 60 and 110 centimeters. Both factors, land subsidence and rising sea levels, are inevitable in centuries to come, and they are leading to the city sinking even further each time the tides rise, which is occurring more and more often. 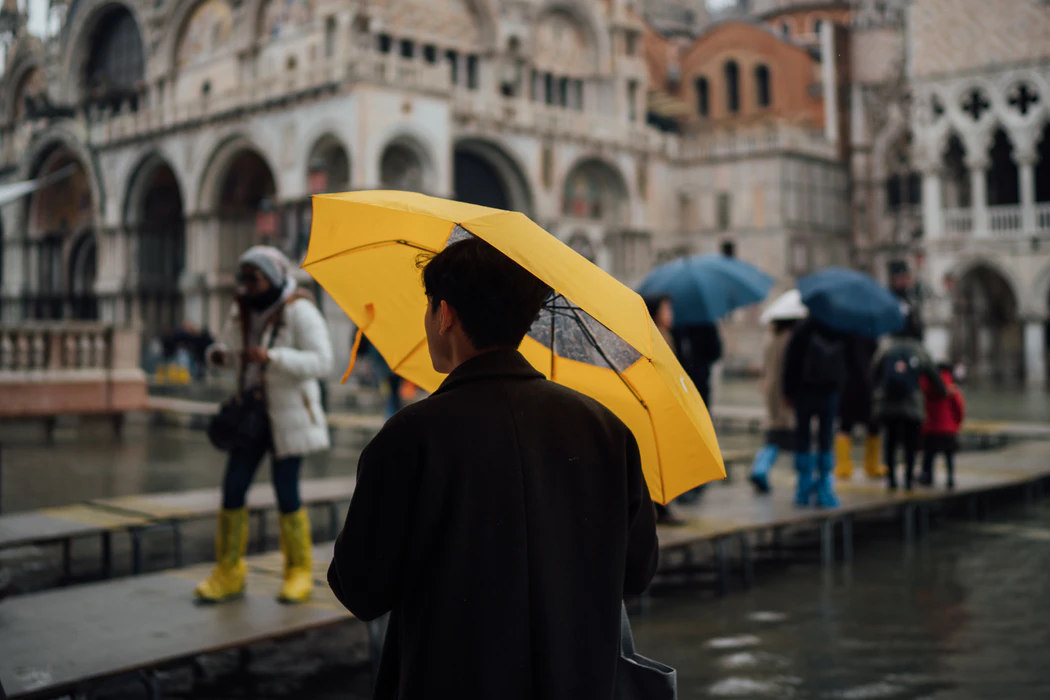 St Mark’s Square during a flood. The city council installs footbridges so tourists can get about the square.

High tides are known in the city as Acqua Alta (high water), and they are not new. What is new is how often these water rises occur. The touristic Saint Mark's Basilica, consecrated in 1094 in the square with the same name, is being flooded more than ever.

At the end of 2019, a flood peaking at 1.87 meters seriously damaged the marble and other architectural elements. Some witnesses even spoke of waves in St. Mark’s Square. The graph below, with figures from 1872 to 2020, indicate that future high tides will be much worse than previous ones. 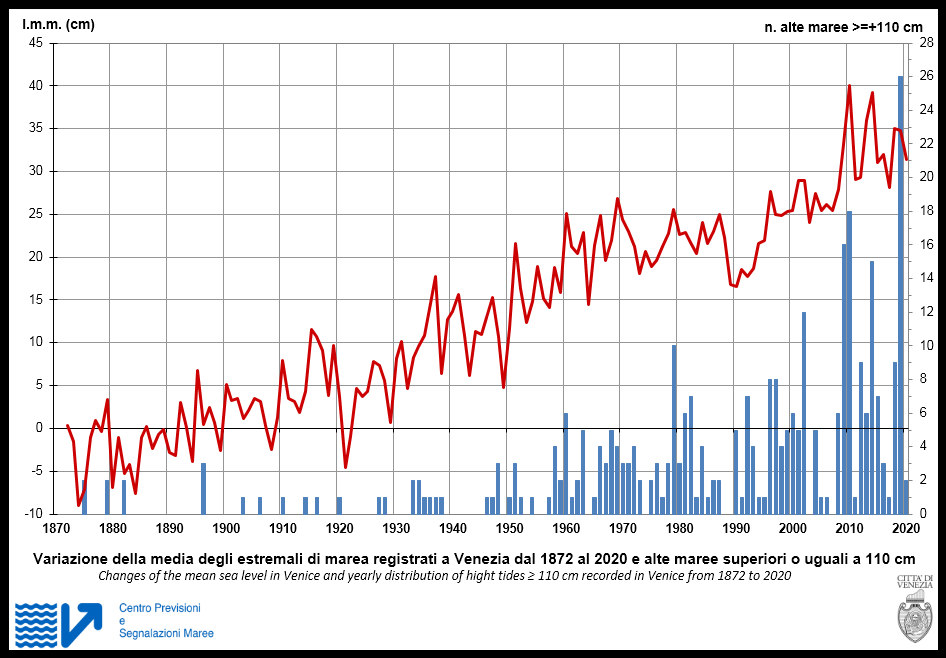 In red, changes in mean sea levels from 1870 to 2020. In blue, the number of high tides above 110 centimeters during the same period.

Can Venice be saved from sinking or is it condemned?

In the long term, in centuries or even millennia to come, the ancient city of Venice will be devoured by the lagoon, as has been the case with other similar cities throughout history, Tenochtitlan in the past and Jakarta today.

Saving Venice is a technical issue, and therefore, financial. The technology required to replace every wooden pile in the city with longer ones is available and the entire city could even be moved in the same way as dozens of Egyptian temples.

However, both projects would require a continuous supply of funds that would be much higher than those provided for the existing projects, which are already extremely costly. But when these funds are no longer available and the capital stops flowing, Venice will fall. Recent figures indicate that this happen even with systems like MOSE.

MOSE Venice’s floodgate system: What is its purpose?

With the aim of interrupting the rising level of the Venetian Lagoon each time water is pushed in from the Adriatic Sea, the MOSE system was designed to be a physical barrier between both bodies of water. Built in 2003 and expected to be completed in 2021, it was first used in October 2020, relatively successfully.

How does the MOSE system work? 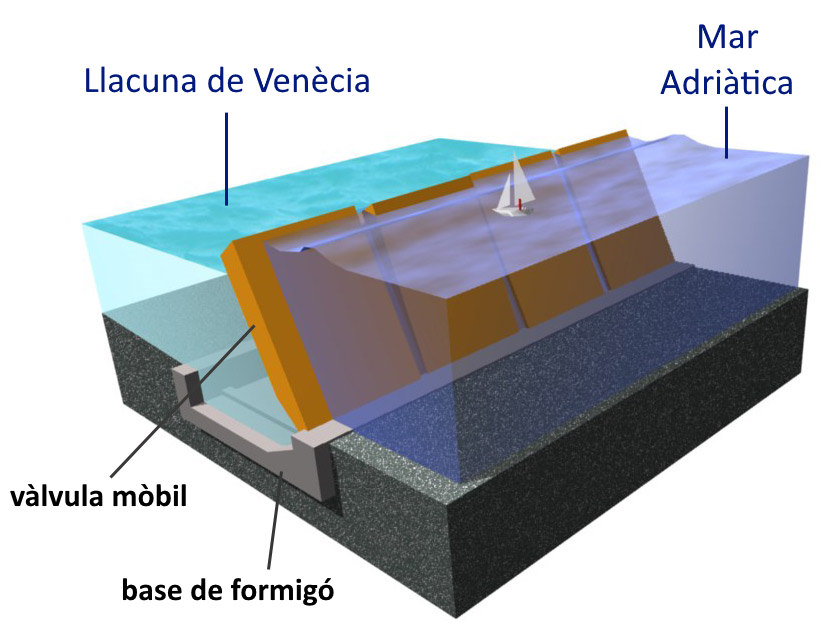 The MOSE system consists of 78 retractable mobile floodgates that are raised up to block the high tides of the Adriatic Sea. Installed in the Venetian Lagoon’s three mouths connecting with the Adriatic Sea where the sea level rises, the water is extracted from inside these adjustable walls, making them rise with the pressure of the sea and blocking the passage of water from the Adriatic Sea to the lagoon.

How much does the MOSE system cost?

Although initially the project was going to cost 3.2 billion Italian Lira in 1989 (around 1.6 billion euros), the reality is that the cost has gradually increased. It has not helped that the five decades of the project have been marred by corruption, tax fraud and unlawful financing policies.

In 2013, before the project began, 4.9 billion euros were made available, however, one year after the budget, it had risen to 5.3 billion euros. In November 2019, the project was 94% complete and its cost had exceeded 5.5 billion euros, without taking into account future annual maintenance costs.

Was the MOSE system completed?

The system is expected to be completed in 2021, although there are serious doubts regarding whether the MOSE system will be capable of tackling future rises in the Adriatic Sea levels (see graph above). As the tides are increasingly frequent and high, these floodgates are expected to function as a permanent wall.

In addition to the current environmental impact of the construction and maintenance of the system, is the non-evacuation of contaminants from the lagoon, which could become a body of water like the Spanish Mar Menor, one of the most contaminated bodies of water in Europe. Various articles in Nature are already warning that these floodgates could destroy the lagoon’s fragile ecosystem.