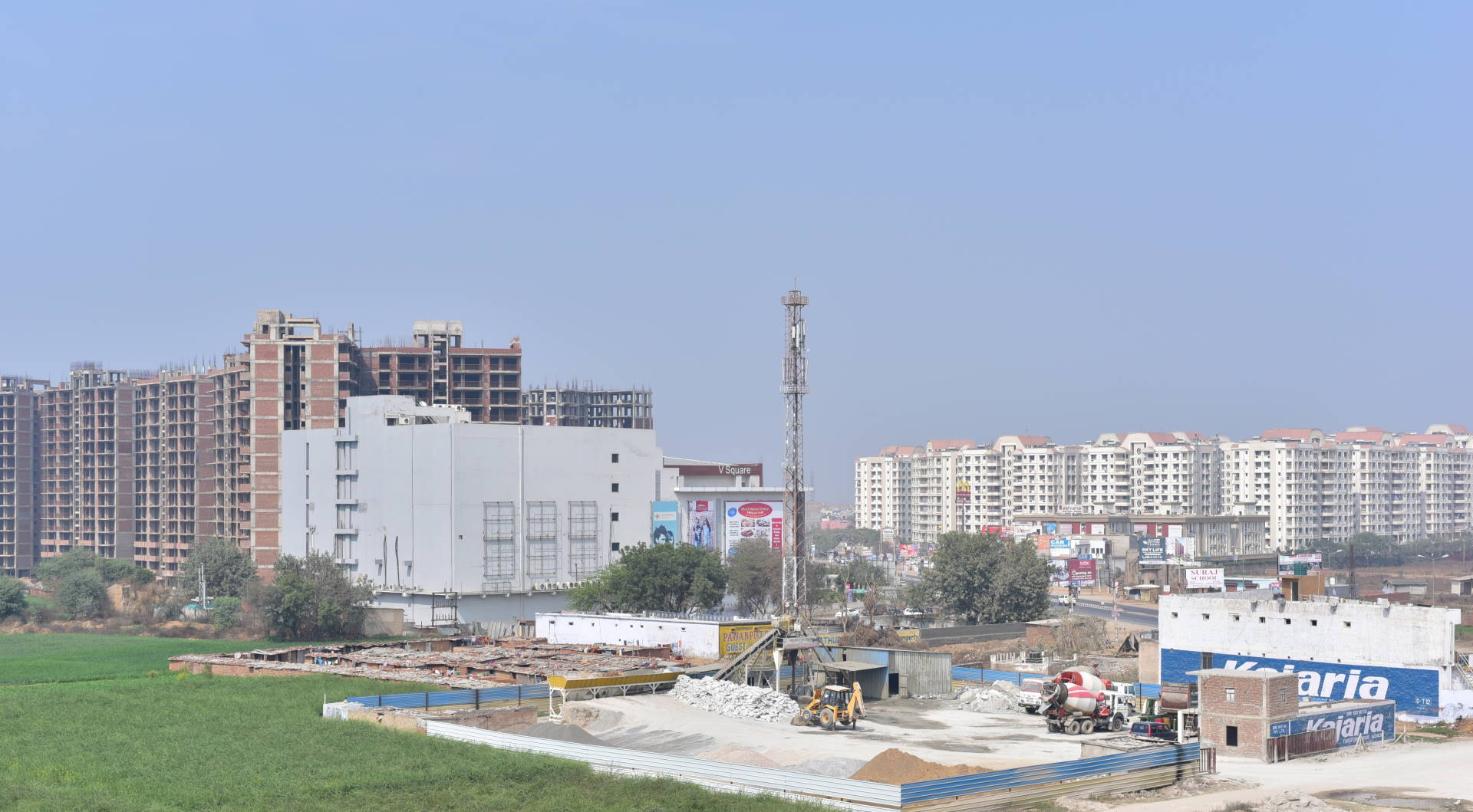 Bhiwadi, located in northern India and near to New Delhi, is one of the most polluted cities in the world. It has been at the top of the list of cities with the dirtiest air in the world for over a decade, and it is still climbing up the list. Why does this city have such poor air quality? Why are Indian cities at the top of all the pollution lists?

Bhiwadi, the city with the highest PM2.5 concentration in the world

In 2019, figures obtained from the Swiss firm IQAir, revealed that the Indian city of Ghaziabad topped the global ranking of poor air quality. It was followed by cities in Pakistan, Mongolia, Afghanistan and India. One year later, the city of Bhiwadi joined the Top 5 in the world for environmental pollution in the year in which the Covid pandemic reduced pollution across the globe.

Why does India have these pollution rates?

In general terms, cities in developing countries or, rather, those with rapid industrialization growth, are the most polluted cities. Their trajectory is not too different from English cities like London in 1851 or 1860, or half of Europe during the rest of the 19th century. 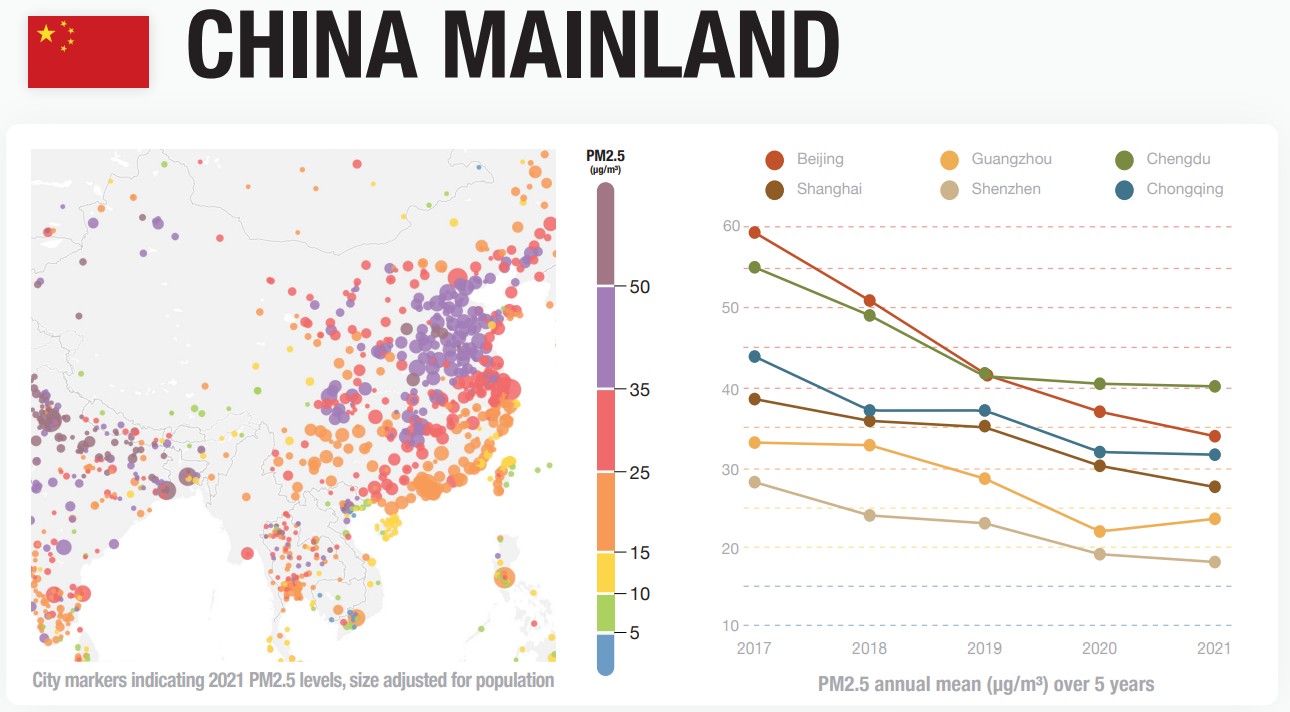 China was affected by the same environmental problem at the end of the 20th century and beginning of the 21st century, gradually with less relevance (as illustrated by the drastic drop during the last five years in the graph below). India has followed in the footsteps of those taken by today's developed countries: unprecedented pollution peaks, followed by stabilization and subsequent drop. 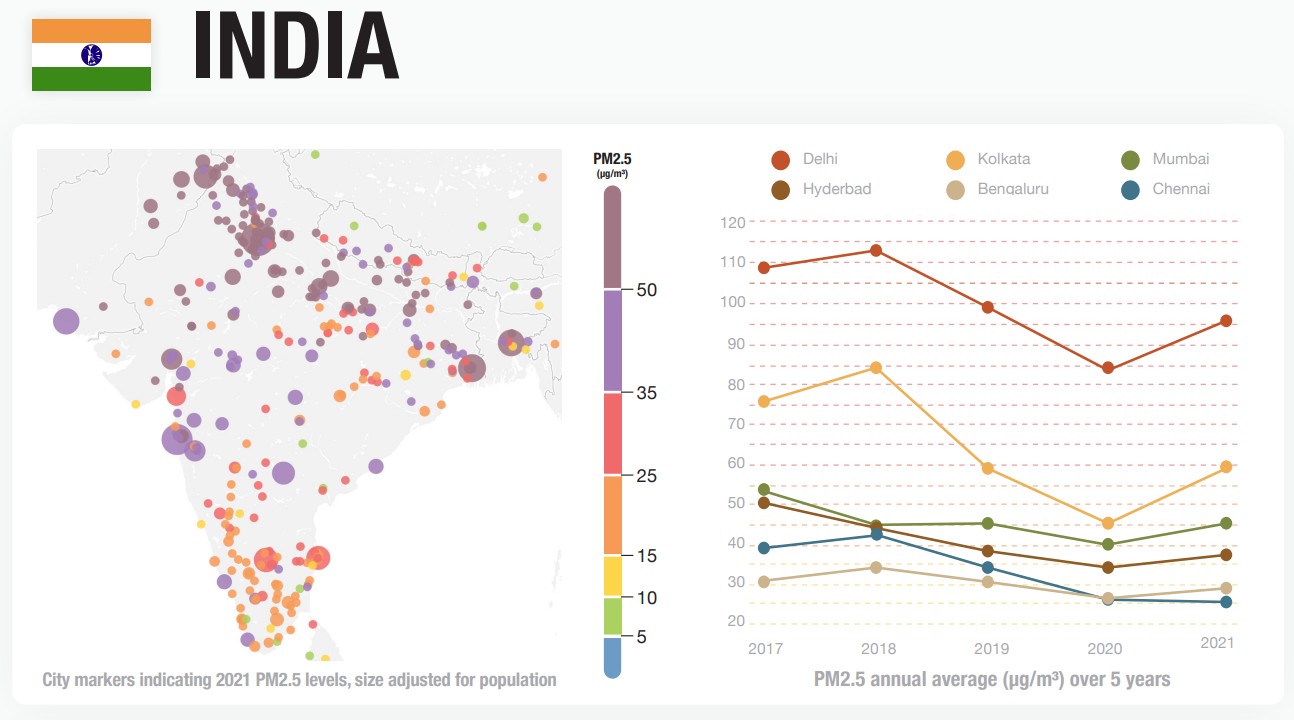 As shown in the second graph, India now seems to have entered that phase of reducing emissions in some areas, but in others there is still a rise. It is likely that emissions will continue to rise in metropolitan areas and those still in an industrialization process over the coming years or decades, because there are two major factors behind their pollution. 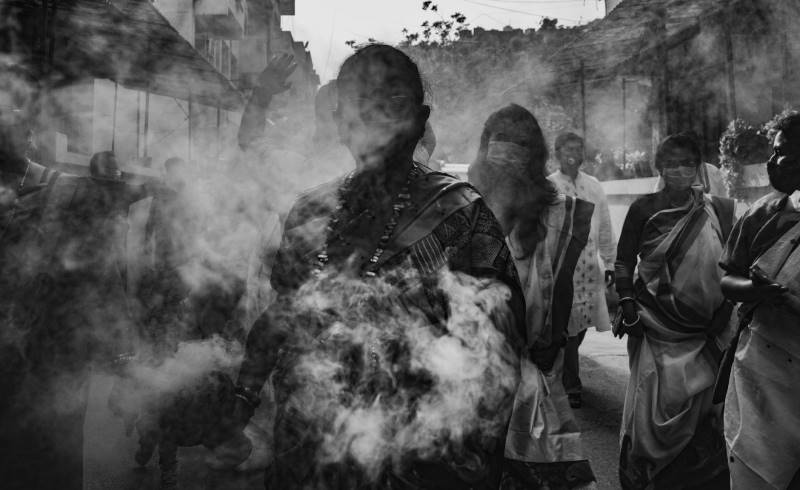 Metropolitan conurbation is becoming increasingly frequent in the world, although it differs depending on the area. In the United States the single family housing sprawl model is common, in Europe new neighborhoods are being built with high-rise and low density buildings with wide avenues, and places such as India are experiencing an explosive growth, not too different from the favelas.

Many Indian cities have an extremely low floor space index i.e. they cannot build more than 1.33 times the occupied area, which leads to compact but conurbated cities, stretching from horizon to horizon through millions of low-rise buildings. Furthermore, zoning policies, as is the case in the U.S. prevents mixed uses and the possibility of creating walkable cities.

Both factors have made cities in India areas in which the main mode of transport is private-vehicle ownership (contrary to sustainability), in which motorcycles are the vehicle of choice. Although, in 2016, the government promoted the first measure to restrict access to some cities in private vehicles, the truth is that the baseline urban planning problems make it somewhat ineffective. This also leads to health problems. 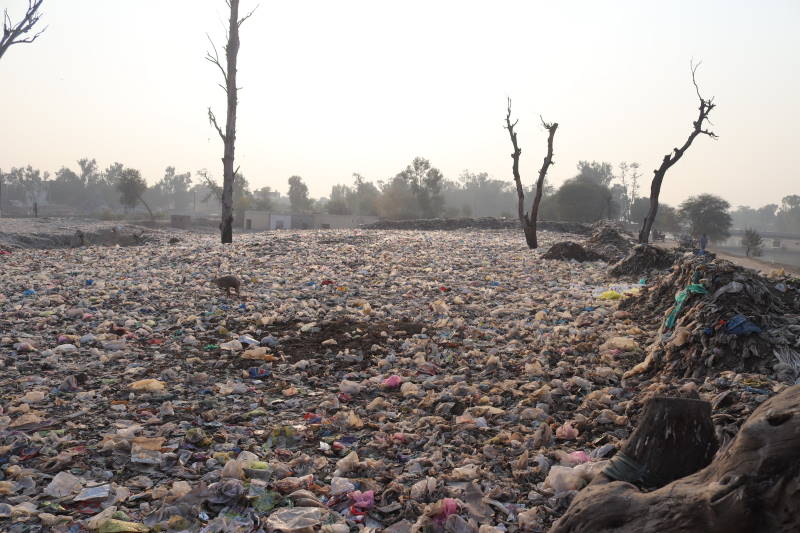 If 27% of India's pollution is caused by deficient transportation as a result of bad urban planning, 51% is due to industrialization, with an extremely high emissions component. The majority of these emissions are from energy production based on fossil fuels and, unfortunately, too close to towns, which often surround the industrial areas.

In 2019, the Indian government launched 'The National Clean Air Program', with the aim of reducing the extremely high PM2.5 and PM10 concentrations. Together with the construction of a Great Green Wall and the densification of some urban areas to facilitate the presence of collective mobility solutions such as buses, subways and commuter trains, the government also focused on regulating industry.

A third major problem in India with PM2.5 and PM10 concentrations is agricultural crop waste burning, which accounts for 17% of all emissions. Although the government is trying to solve this problem, the reality is complex and the mechanisms to make it effective are exceedingly difficult to implement. Monitoring farming activities is expensive.

Effects of pollution on the population

It is not hard to understand the effects of the extremely high pollution levels on the Indian population. The list of health problems caused by poor air quality is not exactly short.

Among others, there is an increase in psychiatric hospitalizations, the prescription of psychotropic medications among children and adolescents, increased risk of schizophrenia, increased rates of depression, suicide attempts and parasuicide, autism (caused during pregnancy), bipolar disorder, cognitive impairment, loss of visual memory. And those are just neurological problems.

The most well-known conditions are those relating to respiratory diseases, including asthma, allergies and many types of cancers. However, there is also an increase in panic attacks, diabetes, it affects cognitive intelligence and significantly increases intellectual disability in children. Pollution is a major health challenge.

Reasons for hope in India. 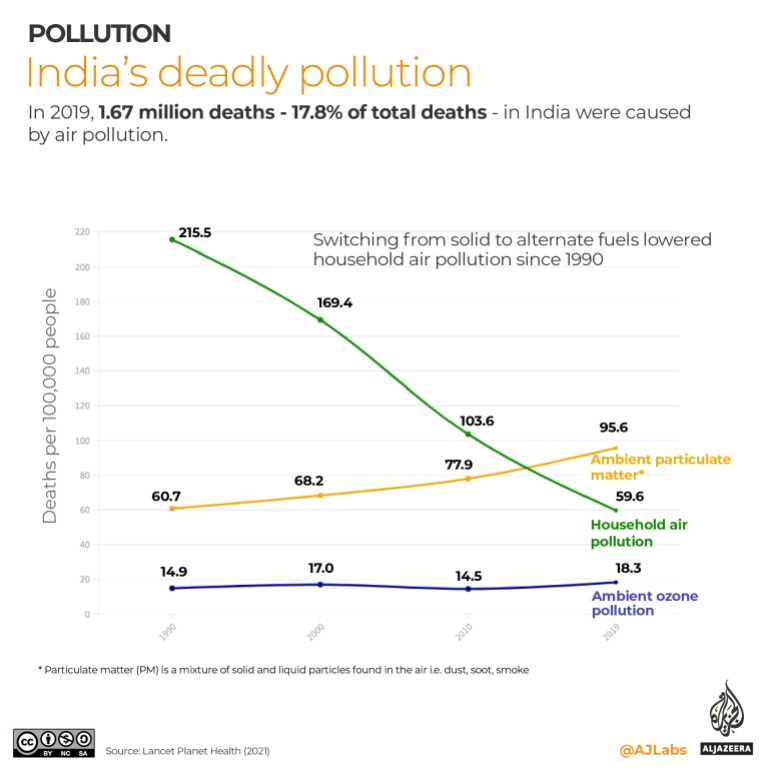 It is a fact that pollution has not dropped in Bhiwadi since records began. It is also true that particulate air pollution has not decreased in India since 1990, as illustrated in the Al Jazeera publication with data from Lancet. There is no doubt that India and cities such as Bhiwadi, Ghaziabad, Delhi or Jaunpur need to change.

However, it is also true that pollution in homes has decreased significantly in India, partly because of the way fuels for heating and cooking have been replaced by other less polluting sources. And significant work is being done by governments to change the situation in the country and in its cities.