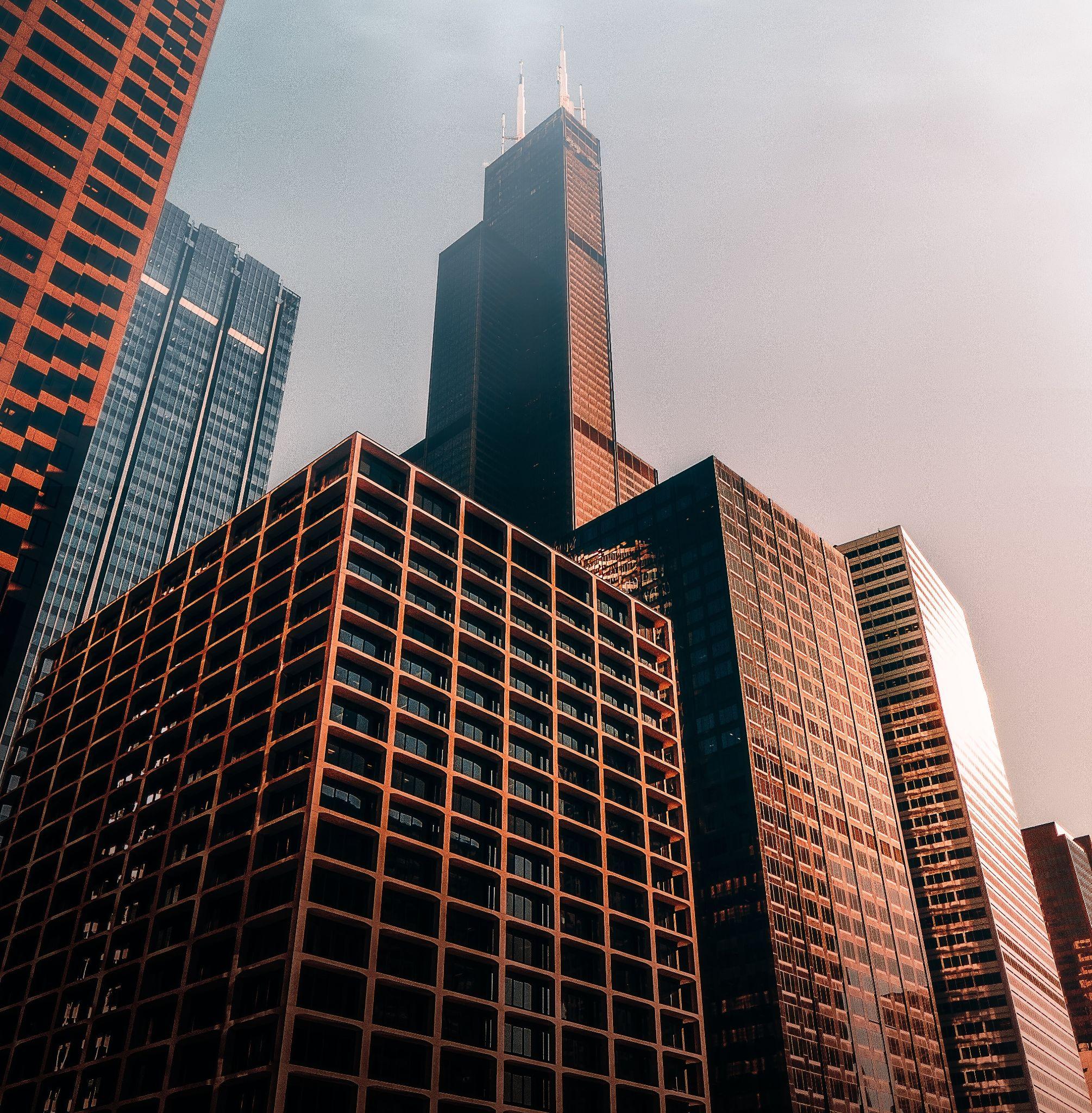 As if it had dual personality, Chicago's highest skyscraper has two names: Sears Tower, which is the name of its original owner and the person responsible for its construction, and Willis Tower, that of its subsequent tenant. Residents of this mid-west city, however, still commonly refer to the skyscraper by its original name and they even launched a campaign for the original name of Sears to be restored.

This is the story of an emblematic building in the world of architecture.

The origin of Sears Tower 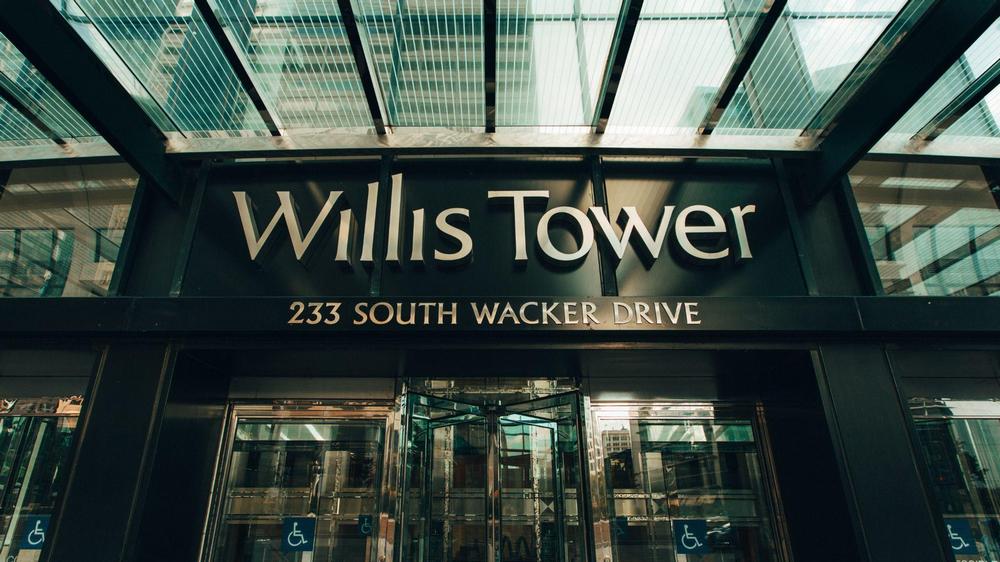 Willis Tower came to life in 1969, when Sears Roebuck and Company, the largest retail company in the world at the time, needed a new office in downtown Chicago to accommodate its 350,00 employees. The firm entrusted with designing the world's tallest tower was Skidmore, Owings & Merrill (SOM), which had also designed the Burj Khalifa

Work began in 1970 and it took 3 years to complete the 110-story tower standing 520 meters tall (including the twin antenna towers, without which it stands at 443 meters). 2,000 workers took part in the construction at a cost of $175 million. In 1974 the Skydeck was inaugurated on the 103rd floor, which now receives more than 1.7 million visitors each year.

As an interesting anecdote, at the end of 1971, the residents of Chicago and broadcasting agencies expressed their concern regarding the possibility of the height of the new Sears tower interrupting television reception. After various negotiations, in 1972 Judge LaVerne Dickson rejected the claims.

The Willis Tower held the title of the tallest skyscraper in the world until 1998, when the Petronas Towers in Kuala Lumpur exceeded it. It currently occupies the 26th position, behind iconic tall buildings, such as the World Trade Center or the Shanghai Tower.

From Sears to Willis

After 18 years, Sears Roebuck and Company sold the tower and left the building.

In 2009, the building was renamed Willis Tower in honor of Willis Group Holdings, a London-based global insurance broker.

Part of the agreement included the skyscraper'schange of name, which was not warmly accepted by all Chicago residents. In fact, the residents launched a campaign called It's the Sears Tower, collecting over 50,000 signatures for the tower to recover its original name.

Although they did welcome the Willis Group to the city of Chicago and recognized its contribution to the local economy, they argue that the British holding only occupies 3.6% of the skyscraper, and therefore, it did not deserve to re-christen one of their most cherished and historic buildings.

The Willis tower in figures

Below are some incredible facts relating to this iconic building of the Midwest:

Skidmore, Owings & Merrill (SOM), the kings of the skyscrapers

The U.S. firm established over eighty years ago is living history of skyscrapers. Its projects can be found mainly in Chicago, Dubai and China.

For the Willis Tower, the iconic setback design of the structure was the result of the client's spatial needs, requiring a building to incorporate not only large areas for its own operations, but also a variety of smaller floors for the tenants that did not require so much space.

The basic structure, the first of its kind to use a bundled-tube construction method, consists of nine square tubes measuring 23 meters by 23 meters without columns at their base, forming a framework of cellular tubes.

Each of these nine tubes is rigid and does not need internal supports, with it resting on reinforced concrete caissons. They are grouped together like a closed square until the first 50 floors and then they end at different heights to create the tower's characteristic shape incorporating various floor plans.

In 2021, the Willis Tower underwent its largest restoration and transformation in its 43-year history, which included new stores and restaurants on the podium. Thanks to this upgrade, directed by its new owner, EQ Office and executed by the design firm Gensler, its services improved substantially.

Among other measures, a new automation system was installed in the building together with high-efficiency lighting systems with improved controls and plumbing and heating systems and air conditioning, which increased the energy efficiency and reduced its environmental footprint.

Other initiatives to make the Willis Tower a more sustainable skyscraper was the inclusion of tinted windows to reduce the need for cooling in the summer months and loss of heat through the windows during the cold Chicago winters.
It currently has a LEED platinum certification. 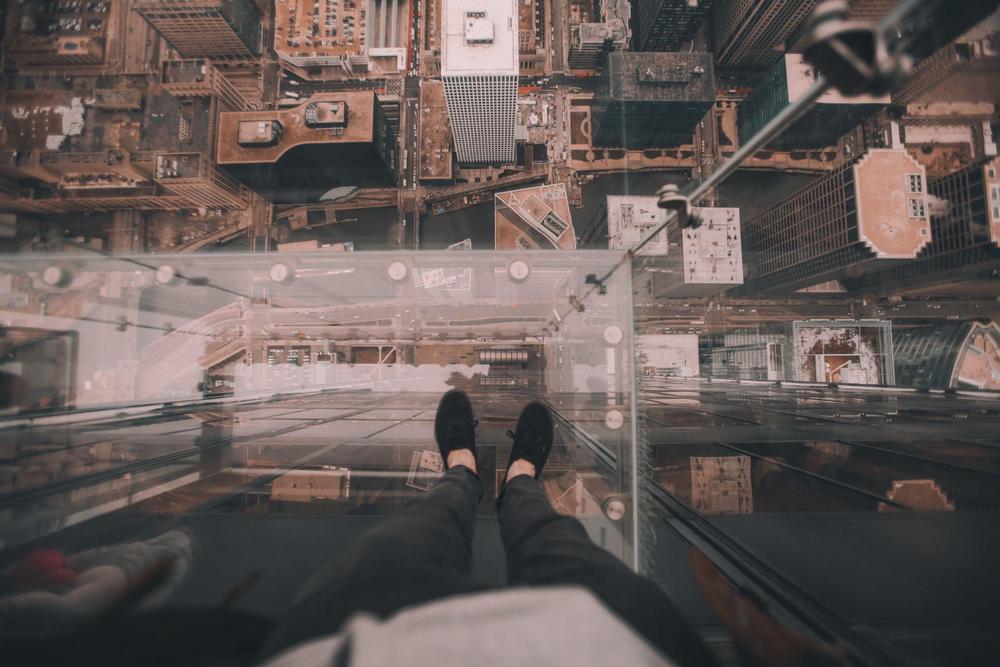 If you do not suffer from vertigo, climbing up to The Ledge of Skydeck forms part of Chicago's tourist experience. From its 412 meter-high observation deck, four states can be seen: Illinois, Indiana, Wisconsin and Michigan. Admission is $30.