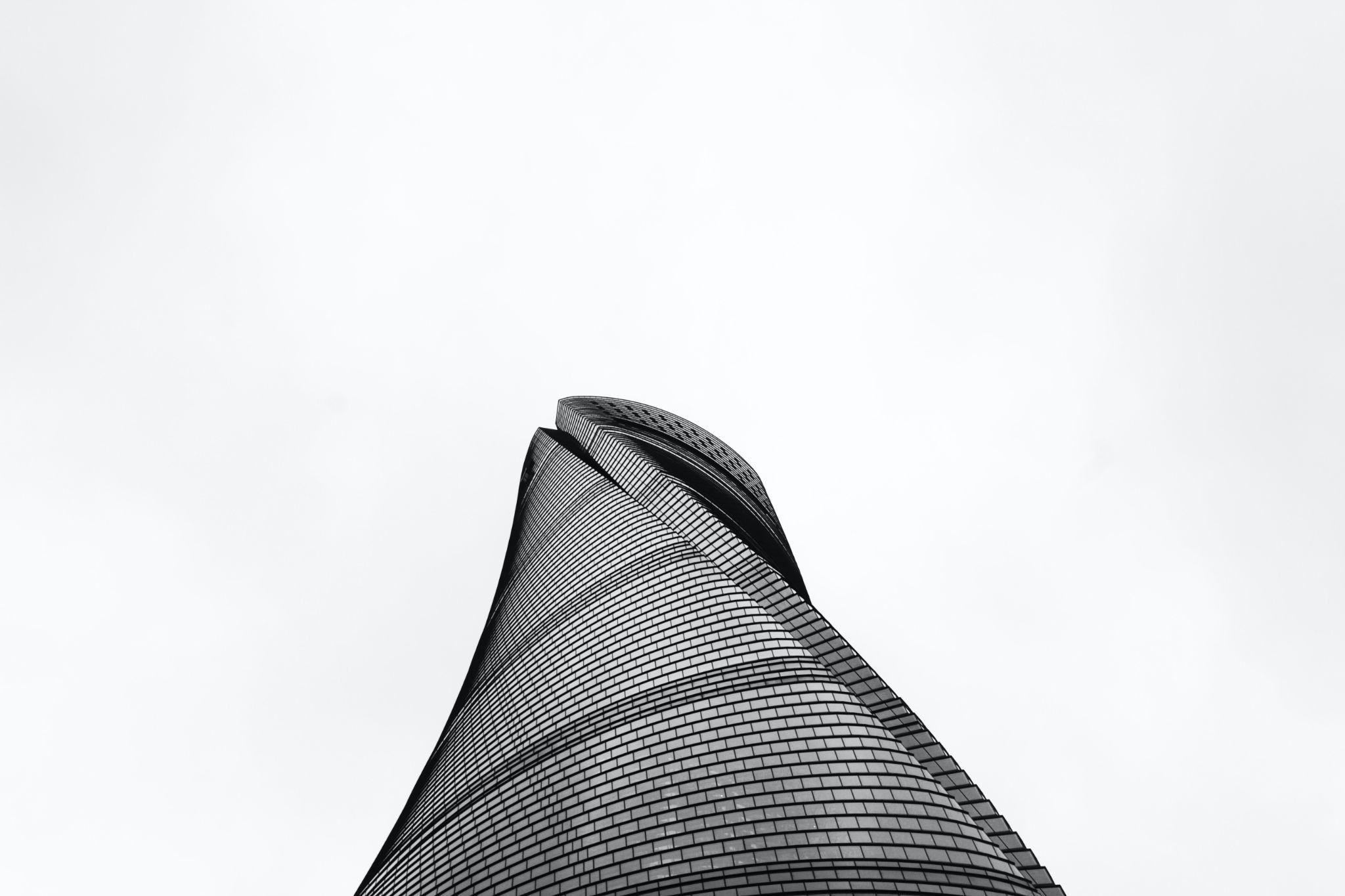 Standing 632 meters tall, the Shanghai Tower is the second tallest skyscraper in the world, behind the Burj Khalifa in Dubai, at 828 meters and the highest in China. It also holds two more records: its Mitsubishi Electric elevators are the fastest in the world, with a speed of 18 m/s. And at 562 meters, its observation deck, open to the public, is the highest in the world.

But the most interesting feature of the skyscraper is that it utilizes a series of technologies to significantly reduce energy consumption. Its spiral design is highly wind resistant, despite its height, and it is also earthquake resistant.

Location of the Shanghai Tower 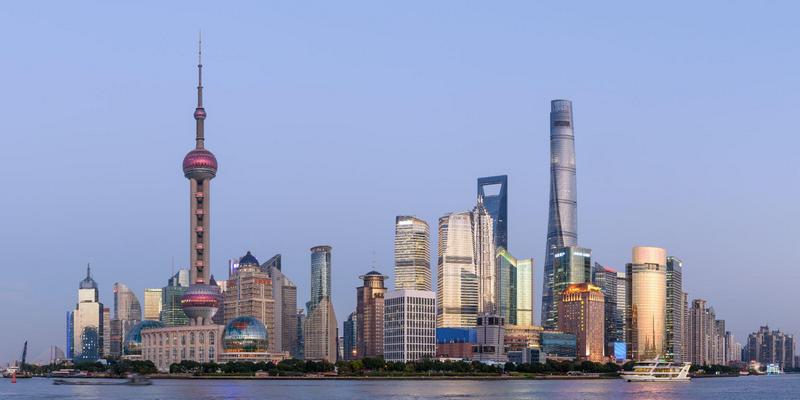 Inaugurated in 2015, the Shanghai Tower is located in the financial and commercial area of

Lujiazui in the Pudong District, one of the most important financial districts in the world. The proximity of the district to the borders of the Huangpu River, which crosses the Chinese city, meant, as we will see below, that the engineers had to design special foundations given the softness of the terrain.

It is accompanied by other architectural icons such as the Oriental Pearl Radio & Television Tower (Shanghai Modern Architectural Design, 1994) or Jin Mao Tower (SOM, 1999). This group of skyscrapers provides the district with its characteristic and futuristic skyline.

General information about the Shanghai Tower

It has three programs or uses divided into nine zones: 70 floors for offices,18 occupied by the hotel —the highest in the world, belonging to the operator Jin Jiang International Hotels— with an observation deck, a restaurant, a cafeteria and souvenir store. The building is crowned by a 1,500-ton tuned mass damper, which reduces the perception of movement.

The team of architects decided to divide the services into areas of 12 to 15 floors.

Each one houses the electromechanical functions required by each program. This separation also enables the building to accommodate around 30,000 people, between office workers and guests, coming in and out every day.

Below there is a six-story podium with stores, a conference center, restaurants, cafeterias, direct access to a subway station and underground parking with a capacity for 1,800 vehicles.

It has 106 elevators that lead to one of the five garden atrium sky lobbies in the tower.

Architects and engineers responsible for the Shanghai Tower 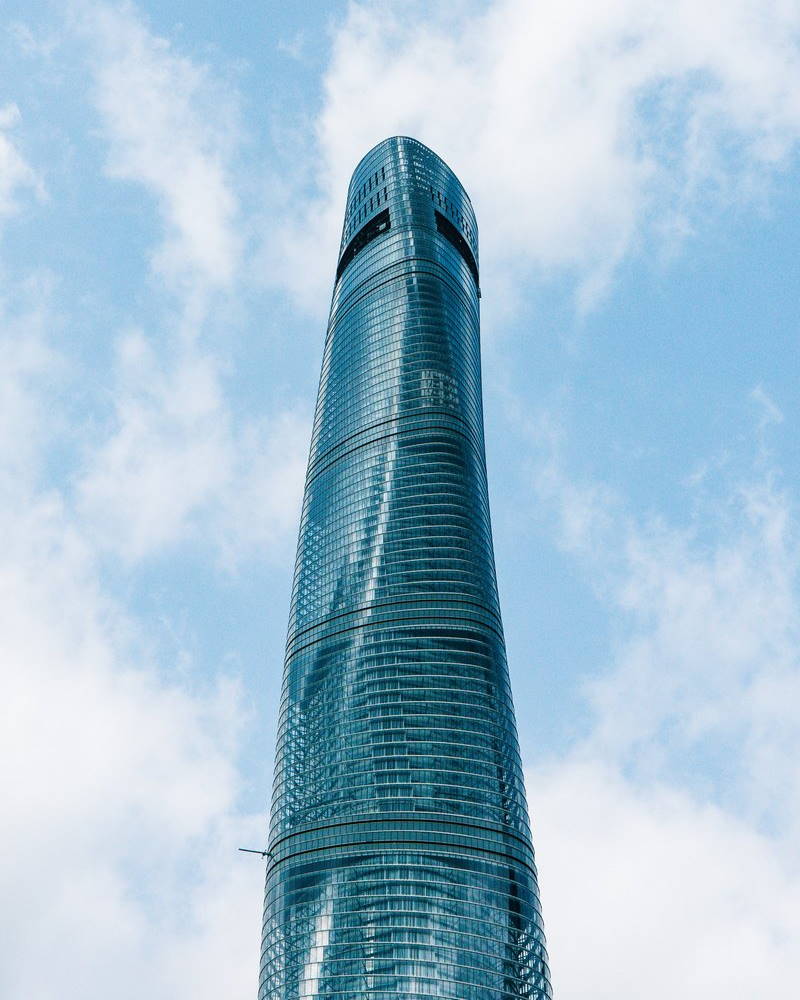 The skyscraper was designed by the Shanghai office of the American architectural firm Gensler, founded in San Francisco in 1965. Among other projects, the firm is responsible for the Facebook and Microsoft headquarters and various airports in the United States.

Thornton Tomasetti directed the structural engineering of the Shanghai Tower, with projects in over 150 countries, including the Jeddah Tower, in Saudi Arabia, which will rise at least one kilometer once completed.

The 128-floor building is cylindrical, while the exterior curtain wall is a curved triangle forming a spiral. Its cone shape is inspired by the John Hancock Tower, by SOM in Chicago, built in 1969. There is also a nod to traditional Chinese architecture, combining patios and gardens in the buildings.

The Council on Tall Buildings and Urban Habitat (CTBUH) defines a twisting building as one that progressively rotates its floor plates or its facade as it gains height. The Swedish skyscraper Turning Torso, by Santiago Calatrava, inaugurated this typology in 2005. Since then, 28 buildings exceeding 90 meters in height have followed a style that is more aerodynamic and efficient. 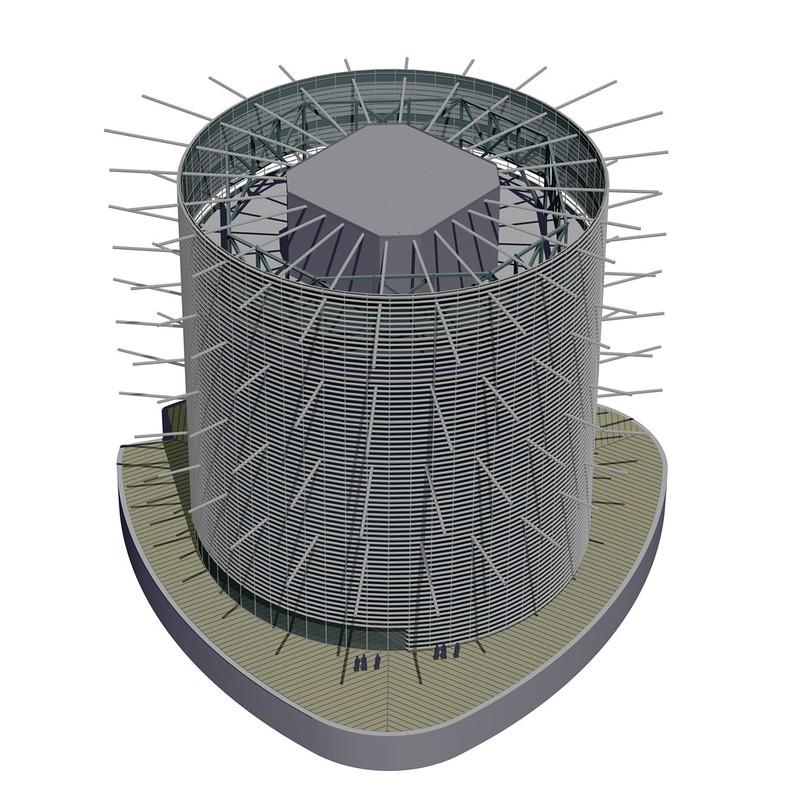 Around 47 technologies come together to make the Shanghai Tower a leader in sustainability in the world. These measures increased the cost of the project by 5%, however, they have also meant savings of up to 54% on energy consumption.

It has been awarded the LEED Platinum certificate and the China Green Building Three-Star rating certification, the highest possible. Part of this efficiency is achieved thanks to the second skin wrapped around the skyscraper, since it acts as an insulating agent and reduces the amount of energy used to heat and cool the skyscraper.

Over 25,000 panels measuring 2.14 meters in length that form a curtain wall have double-glass windows, reducing the carbon footprint by 34,000 tons per year. The Shanghai Tower also incorporates smart control systems that monitor electric consumption and generate savings of 556,000 dollars each year in energy costs.

Near the top of the building, 270 wind turbines have been installed, providing the energy required to illuminate the exterior of the building. A 2,130 kW natural gas-fired cogeneration system generates electricity and heating in the lower areas.

The skyscraper also has 21 gardens distributed on each of the nine zones that help to regenerate the air thanks to their plants and trees. The water used to irrigate these green areas comes from the rainwater harvesting system also located on the top of the tower.

There are other reasons behind the design of the building. Shanghai is located on a seismic belt, and with a shallow water table level, given its proximity to the Huangpu River. Underpinning the base of this skyscraper was essential. To firm up the ground, engineers first put 980 foundation piles underground to a depth of 85 meters and concrete was then poured in to anchor the main building, which weighs 850,000 tons.

Thanks to these solutions, the Shanghai Tower is capable of withstanding earthquakes up to a magnitude of 9 on the Richter scale, classified as "devastating in areas several thousand miles across". 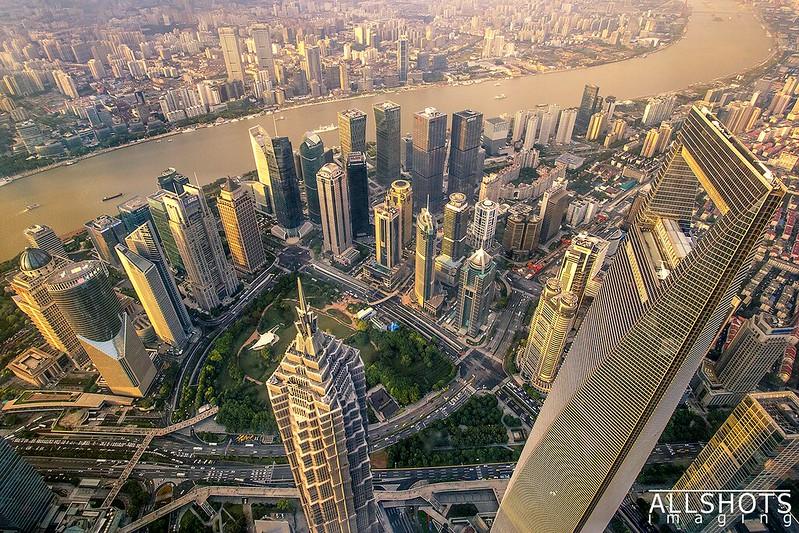 In 2017, the highest tower in China opened its doors to the public, allowing people to visit floors 118 and 119, where the observation deck is located. Visitors can enjoy incredible panoramic views of the city of Shanghai.