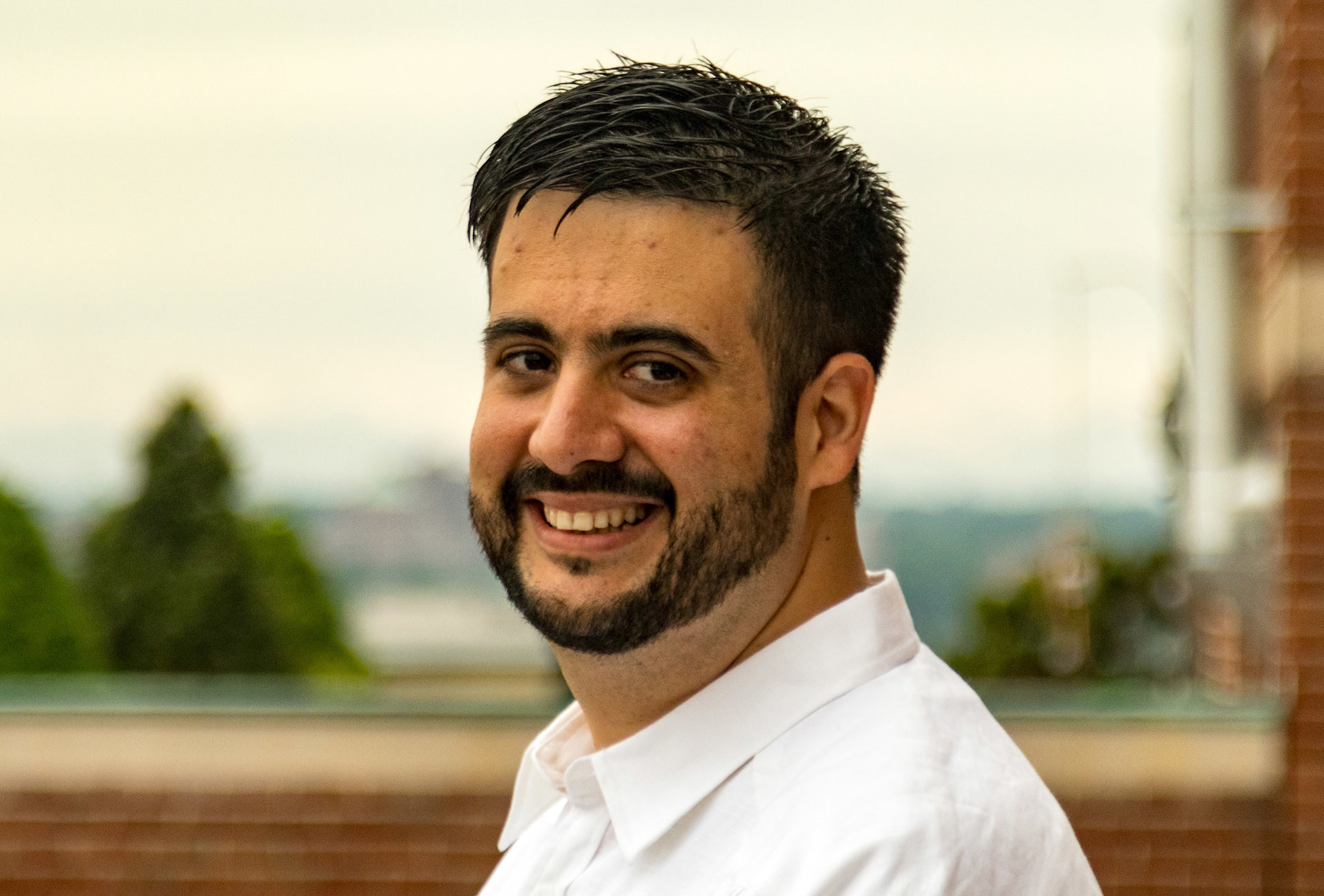 The impact of our surroundings on our health is much more significant than we may imagine. The places in which we live, work and rest are determining factors. This is according to UsamaBilal, a Spanish urban epidemiologist, PhD in Epidemiology by the Johns Hopkins Bloomberg School of Public Health (Baltimore, USA) He currently works as assistant professor in the Department of Epidemiology and Biostatistics at Drexel University (Philadelphia).

Usama Bilal is taking part in a study funded by the US National Institutes of Health (NIH), with the aim of identifying urban ingredients that affect health and how these interact.

In order to conduct this study, numerous health factors and statistics from 750 cities in the US, Mexico, Guatemala, El Salvador, Nicaragua, Costa Rica, Colombia, Peru, Chile, Brazil and Argentina, are analysed. All of these from over 100,000 inhabitants in their metropolitan area.

What is the ultimate aim of this project linking cities and health?

We want to see whether large cities have different health patterns to small and medium-sized cities. Our aim is to verify whether the increase and decrease of cities has an effect on the health of their inhabitants so that, in the future, we can control the negative effects and strengthen the positive effects.Latin America depends on the SALURBAL project, which collects health data from all the cities. However, the ultimate aim is much more global and seeks to study the effects of transport, food and housing policies, among many others, on health.

The interesting part of this project is that we are discovering universal patterns but also some exceptions. This enables us to study what makes some cities different.

All focused on a single continent. What made you choose Latin America and the USA for the study?

America is one of the most urbanised regions of the world. The urban growth rate of Latin America, specifically, has increased significantly in recent decades. Around 85% of its population lives in urban areas.

This is interesting for various reasons. Firstly, because, often, these are emerging countries, in which there are diseases due to a lack of some things and diseases as a result of too much of others. Obesity and malnutrition in the same population groups, for example.

Secondly, because it is an area with a large diversity of public policies. This enables us to compare the effects that different urban and social approaches have on health. And, lastly, because it is the region with the highest level of inequality in the world, which enables us to study how we can make cities more egalitarian. 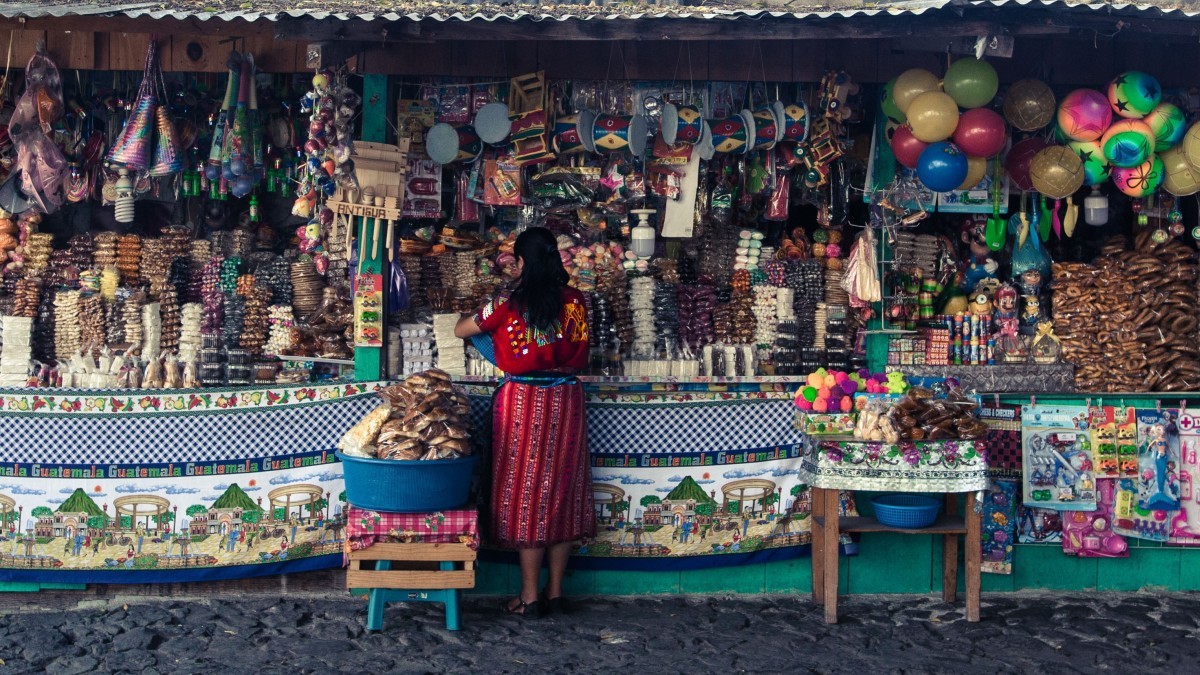 Do you already have data to illustrate how urban patterns affect health?

One of the most obvious ones is the issue of violence-related deaths and homicides. The variability between and within countries is considerable.

In Mexico, there are cities such as Acapulco, where deaths linked to violence stand at around 21% and others, such as Merida, where they are limited to 2%.

What would be the second most important factor affecting the health of citizens?

Probably road traffic deaths. In Latin America, the use of cars is growing very rapidly, particularly in countries such as Mexico, Brazil or Colombia. This is where the economic aspect comes into play: people have more money to buy their own vehicles. This increases traffic congestion and public transport slows down, which leads more people to buy their own car. It is a vicious circle.

The data indicate that the percentage of deaths through road traffic accidents in large cities is lower than in small cities. My theory is that this is related to congestion and density, which reduces the speed of traffic and favours the installation of more traffic lights. Another reason may be that it is easier and quicker to get to health centres.

Two of the issues that the inhabitants of cities are most concerned about are [pollution](https://tomorrow.city/a/how-is-ocean-pollution-affecting-humans) and access to green areas

We are beginning to analyse this factor. One of the theories we are considering is that pollution will lead to more cardiovascular and respiratory problems in inhabitants in large cities, but we have not been able to verify this yet. 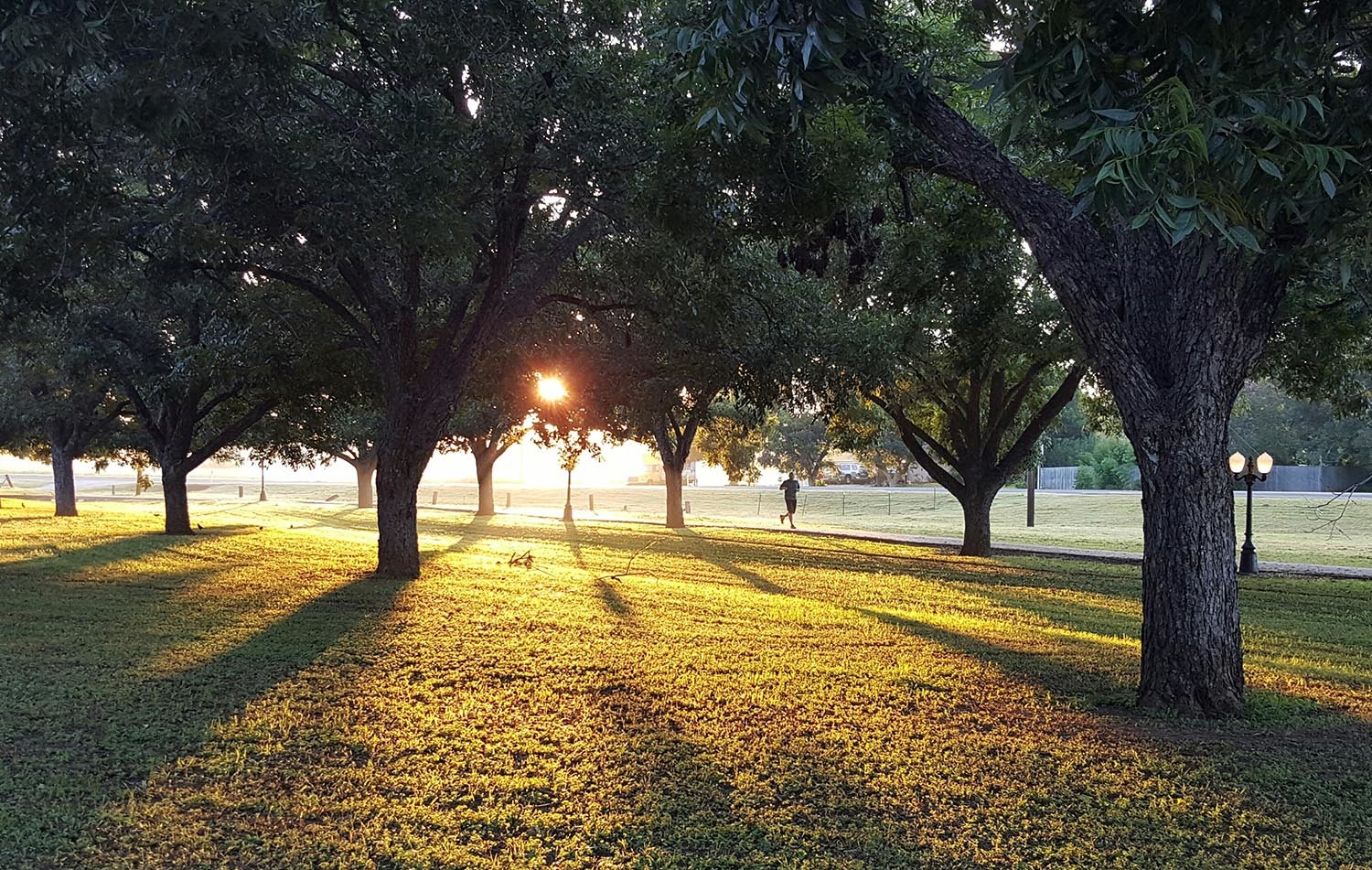 We often hear about urban metabolism, how to organise cities to put an end to this situation. Have you reached a conclusion on how to improve the quality of life of inhabitants?

We still do not have solutions that combine all the factors, but there is a series of general recommendations. For example, promoting the use of public transport instead of private transport. This reduces pollution, accident rates, congestion in cities, sedentary lifestyles and even stress among citizens.

There are a series of benefits that are closely related to health and which are the direct result of public policies. Understanding the benefits of making these cities more sustainable, may be very useful in political terms. The case of Madrid Central springs to mind, for example.

This reflects that, very often, political intervention has a greater effect on our health than individual actions.

Without doubt. Our actions as individuals are very limited, which makes public policies the most effective mechanism for making our cities healthier. For example, workers that live on the outskirts of cities such as Mexico City for financial reasons, cannot be expected to ride a bicycle to work.

The solution would be to reduce the use of private cars by improving public transport systems, improving the distribution of workplaces and increasing taxes on cars, etc. These are macro-structural solutions.

Would these solutions be economically and socially beneficial to the states

The less money spent on health, the more that can be invested in other areas. A large part of health prevention takes place outside of the healthcare system. Particularly in our surroundings: where we live, where we work, where we spend our free time, etc. For most people living in the Americas, those places are in cities. It is important for cities to act as health prevention agents.Improving their situation would also be a solution to the immigration crisis between Latin America and the US. By guaranteeing good economic, health and social conditions in Latin America, a problem that ends up being a global problem would be reduced. As it is also an issue of human rights, it can also be seen from a utilitarian perspective.

This brings us to the UN projection: by 2050, 70% of the world’s population will live in cities. Will it make this situation even more complicated?

Yes, particularly in Africa and Asia. In Europe there are not many places left to urbanise and, in the Americas, a large percentage of the population already lives in cities. We are talking about 90% in Uruguay or 85% in Argentina. In Central America, the percentages are lower, but even still, they stand at 50 or 60%. 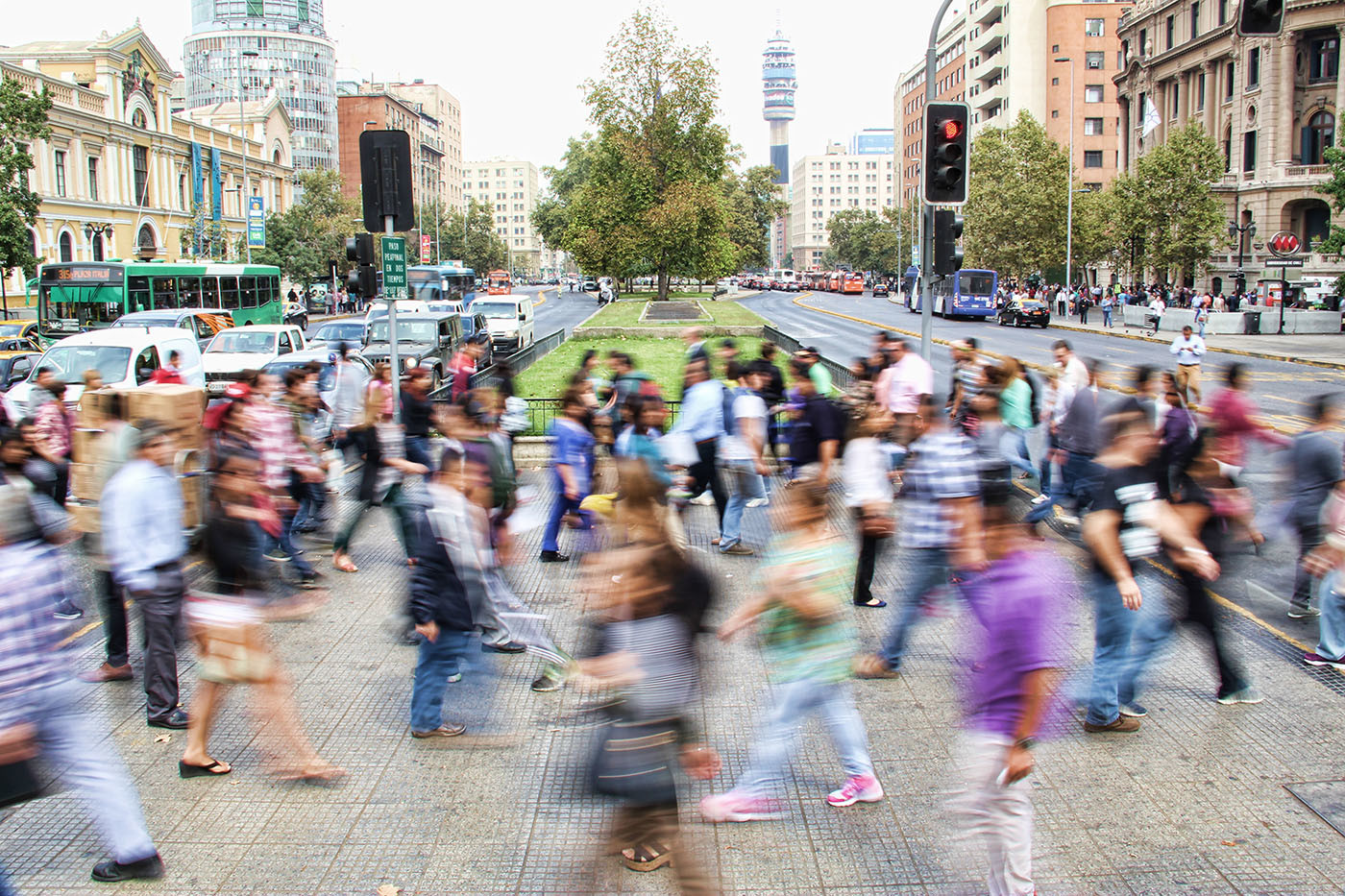 Africa and Asia will see the greatest increase in urban populations. An example is Lagos, in Nigeria, which is now home to a large part of the population of western Africa. Many say that it will be the first 100-million population city in the future.

As I mentioned earlier, growth in areas of inequality may lead to a great deal of problems. The situation involves a series of enormous challenges within the health sector and problems such as urban speculation, the displacement of people, among many others.

Inequality is also present in Europe. Some studies reveal that in Madrid, for example, there is a ten-year difference in life expectancy between some districts

Indeed, it is an enormous difference. And these are cities that have universal health systems and social policies. I have studied the case of Madrid, focusing on diabetes, which is much more common in poorer areas.

The main problem in this case, is that the health services cannot do much to prevent diabetes. Citizens have to change their lifestyles. But for people with low incomes, they cannot afford to eat properly, they suffer from stress and they do not have time for physical activity and it is difficult to combat obesity.

What role could smart cities play and the use of data to improve the situation in cities?

Two things need to be addressed. Firstly, we need to know where the data are obtained from and who has the capacity to provide them. If we only collect information in rich areas and we forget about the disadvantaged areas with fewer services and without the capacity to use the devices that collect these data, we are simply going to continue reinforcing the inequalities that already exist.

Secondly, it is essential to make sure that the use of these data contributes to guaranteeing equity in cities. There is no point creating perfect areas for people that already live well, while the rest of the population does not experience any improvement. To prevent inequality increasing even further, we need to guarantee an algorithmic justice.