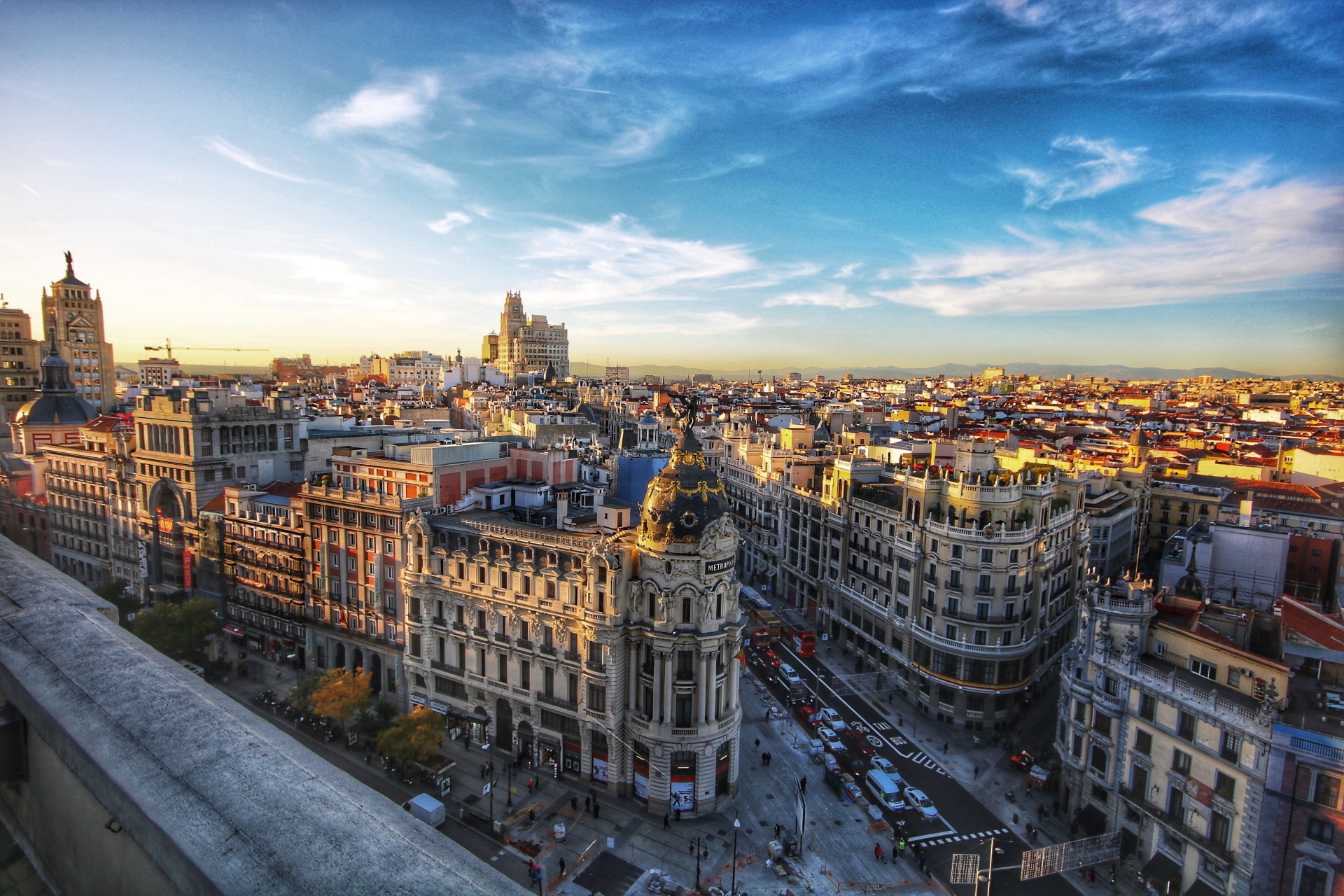 What can other cities learn from Madrid Central’s mistakes

Author | Antonio Martín GonzálezLondon, Paris, Copenhagen… major European cities that have handed over their city centres to pedestrians. This space which, up until very recently, was shared by cars and people on foot, is now in the hands of pedestrians, resulting in cleaner and less polluted open spaces, which in turn has enhanced business and mobility.This is not a new concept, some cities, which are not necessarily megacities like London, have been implementing short, medium and even long-term plans for a while now, providing their residents with spaces in which to move about as they please.With this process underway, and with cities that have spent years piecing together a puzzle to enable pedestrians and vehicles to coexist in harmony in city centres, Madrid has decided to shatter the pieces of that puzzle. The new local Government, led by Spain’s conservative party (PP), has decided to suspend the traffic restrictions, thus, eliminating that exclusion zone.

Haste has been one of the problems in Madrid Central. The project was on the table with the previous Government, headed by Manuela Carmena, from the beginning of her term in office, but it was only implemented in the last few months.This means that residents have not had enough time to see the benefits of this kind of space, and experts have not been able to put forward significant data regarding pollution or mobility. This is simply because there was not enough time for these metrics to be conclusive and the results cannot, therefore, be attributed to specific and exact circumstances.

Residents outside of the Madrid Central circle feel that it benefits eminently rich areas, while very little has been done for the lower-income areas

Carmena’s Government was not able to transmit the decisive value of public transport either. The constant duel between the left-wing councillor and the regional Government, made up of a right-wing coalition, led to disputes regarding competencies.The Community of Madrid is responsible for the metro underground service and the Cercanías suburban train system, while the City Council is responsible for the buses in the capital. If there are more personnel and vehicles present, this has not been felt in terms of frequency, but it has certainly been felt in terms of incidents, with delays being the general trend. It is in the hands of the government team.A further issue is the fact that residents outside of the Madrid Central circle feel that they have been abandoned by the City Council, accusing the Government of benefiting eminently rich areas while very little has been done for the lower-income areas on the outskirts of the city, and for whom Madrid Central is very, very far away.This cocktail led to the defeat at the ballot box of the team responsible for Madrid Central and victory went the way of groups in favour of withdrawing the project, a measure which they made one of the main themes of their election campaigns.

How to improve the methodology?

Reducing pollution is a task that concerns everyone, and which must be led by Municipal Governments, as is the case in London, Berlin or Copenhagen. This is the natural course.The question, of course, is how to go about it. There is not one unique success model, but there is a starting point that can serve as the foundations for the idea: cars will still be around in five years’ time. This is a variable that needs to be taken into account, it is the mystery that needs to be cleared.Regardless of the advances made in technology, and these will be many, within a lustrum, we are not going to have flying cars, we won’t be travelling in high-speed tubes and, despite the wonderful thought of not having to do so, we will still be driving our vehicles. This is a fact that needs to be accepted.If one of the two factors continue as it is, the solution needs to be found elsewhere. Cars will not vary a great deal, but cities will. Or, at least, the way we relate to them and the way everyday elements (traffic lights, zebra crossings, parking spaces) can contribute toward making our streets more efficient, cleaner, convenient and safe. With or without cars.

The human factor is still essential

In order to reach this point (spoiler; it will be neither fast, nor easy) humans will have a huge say. In order to make a smart city and take advantage of all that the urban environment has to offer, a vision is required that converts the challenge into a kind of business model, a technological challenge.

The initial step would be to align residents, companies, Governments, consumer organisations and entrepreneurs… all for one and one for all

How can we achieve this? The initial step would be to align all the stakeholders around a common goal. Residents, companies, Governments, consumer organisations and entrepreneurs… all for one and one for all. Yes, we did say it wasn’t going to be fast or easy, but it will be necessary. “It is like a seven-legged race”, as George Karayannis, an expert at Panasonic once said, who is developing a project for a connected city near Denver airport.A good ally for achieving this original goal is the passage of time. The new generations, with more knowledge of technology and more accustomed to collaboration, tackling ideas and adapting to their fellow human beings, will have a great deal to say as they reach positions of responsibility in stakeholders with power.As humans, we are also wary. At the moment, we struggle to succumb entirely to control, since this is what data collected about our behaviour by large tech companies consists of, with these being the companies that will lead the way in the development of smart cities. We need to overcome our fears.

It is also a question of business

It is important not to be naïve about smart cities. Yes, they are vital, they have to be developed and we need them. But they are also a marvellous business opportunity for stakeholders to get ahead of their competitors.According to a study conducted by Grand View Research, the global smart cities market is expected to reach around USD 238 billion by 2025, almost EUR 211 billion. This figure is equivalent to more than 20% of Spain’s Gross Domestic Product (GDP) according to figures by the National Statistics Institute (INE).As explained in this study, which indicates that in order to reach this figure, investment will have to grow by a modest 18.9% per year from 2019 to 2025, the greatest challenges are “efficient mobility, connected buildings and optimum energy utilisation in households”.In terms of the decisive technologies that need to lead the way, the report drawn up by the firm based in San Francisco focuses on the Internet of Things -with the famous 5G as the main catalyst- cloud computing, Big Data management, implementing Open Data and Cognitive Computing.

Challenges that apply to any city

Of course, advancements bring challenges. How can we be sure that the data collected to make our everyday lives in cities safer and more efficient, will not be used for other purposes? Governments, in their attempt to join the wave of connected cities, are relaxing certain aspects of laws, in the belief that this will get them to the finish line sooner. But this is not a long-distance race and it is not about getting their first; it is about finishing the journey in the best conditions possible.This is what led to initiatives such as Sidewalk Labs, a Canadian project that came about in the shadow of Sidewalk Toronto, which issues reports explaining how to integrate privacy into the collection of data about our everyday lives.“Cities such as Barcelona or Copenhagen are using the formula known as trusts to group together companies that manage data”, according to the Digital Governance Proposals report published in October 2018.This model is based on forming a single company made up of lots of companies with the same activity, with a horizontal hierarchy, which also helps them to all have control over the others.

What can we expect?

There are lots of factors that are going to mark the way in which we get about in the next three, four or five years, but all of them will occur within cities. Population density, mass tourism in large city centres, efficient mobility, own cars… all these factors are important, but, once again, they have one thing in common: the city itself.We will still drive, but a future is simply not sustainable, not even in the short to medium-term, in which our buildings and street, do not offer us constant data about how to make getting about, whether this is going to work or enjoying some leisure time, less expensive, simpler and more convenient.Companies have before them a great business opportunity, to dominate a decisive sector and take their revenues to another level, but they also need to accept responsibility in terms of managing and protecting a huge amount of data about a vast number of people.For Ginger Ambruster, Chief Privacy Officer in the city of Seattle, “It feels like a lot of smart-city technology is nice to have, but not necessarily vital to the continuance of city processes […]People have many other things in life that take priority over an app that helps them to park” she told Axios.Maybe now is the time to put these ideas aside. A connected city is much more than sensors, lights, signs and traffic flow. It is about making life, the way we get about, much easier. That really is a priority.Antonio Martín González is a journalist at El Confidencial. He started his career with El Mundo to later become part of the founding team of El Independiente, where he specialized in technology and economy. He has a degree in journalism by the Complutense University of Madrid and lives in the Spanish capital.Image | Jorge Fernández Salas