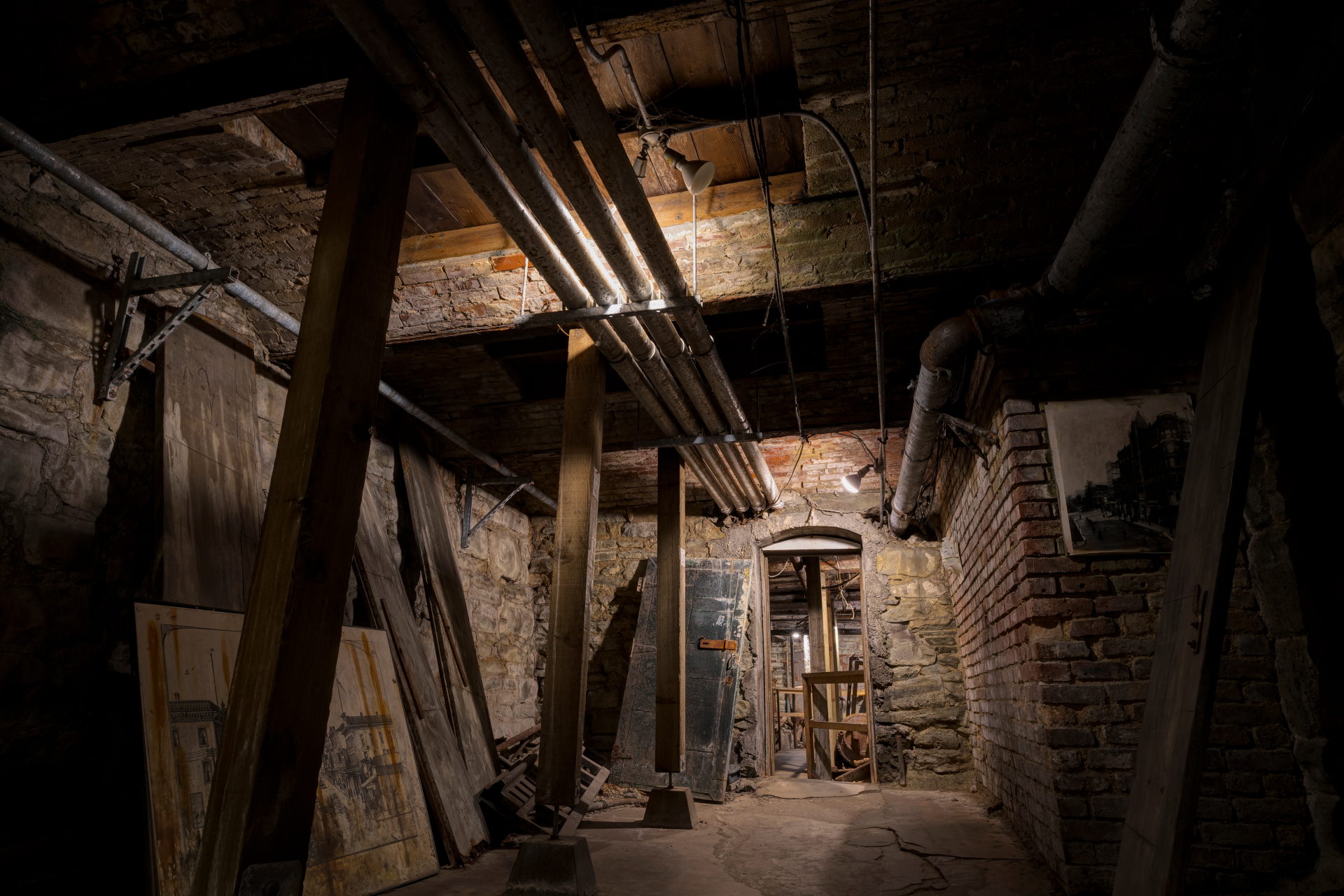 Seattle Underground is a fascinating network of galleries below Pioneer Square, the neighborhood in Seattle (Washington), which is now home to one of the city's main tourist attractions. An original business district that was consumed by a fire, it underwent a series of urban transformations that created an underground world prone to illegal activities. Why do cities build on top of themselves?

How did Seattle Underground come about?

In the mid-19th century Seattle Underground did not exist yet and it was at ground level. But when the streets were elevated after the great fire of June 6, 1889, which practically destroyed the neighborhood (66 entire blocks), a new area was created. Pioneer Square and the neighboring streets were raised approximately 3.7 meters (in some places, twice this amount) with the aim of preventing the frequent flooding in the area. At that time, the methodology was to fight against water instead of coexisting with it.

Essentially, the entire first floor of the buildings that were still standing disappeared. The works in the streets consisted of constructing archways in the street with vault lighting (image), together with new lateral walls that often concealed most of the facades of the buildings, which were often businesses. Meanwhile, owners whose businesses had been lost in the fire began to construct buildings, this time using brick. 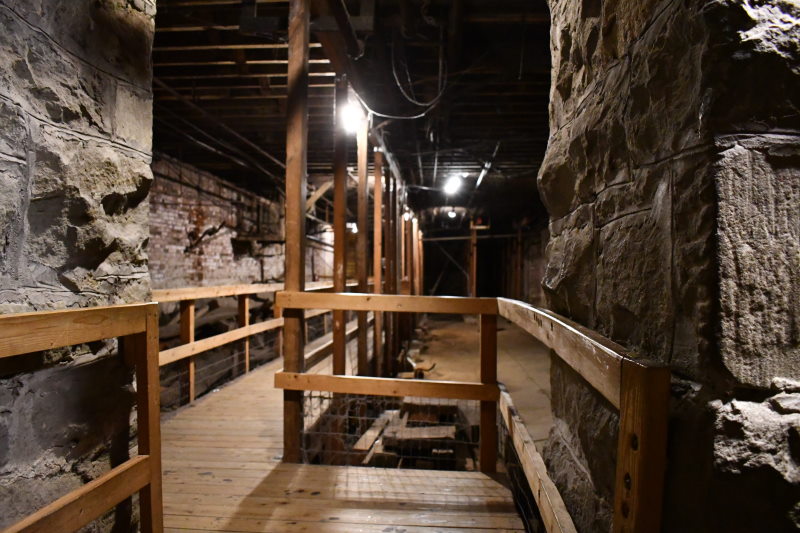 This was not achieved in one go, it took years. Enough time for the new buildings to replace those that were burned in the square. The owners of these stores saw how the works were progressing, and they knew that the entrance to their stores, which were now at ground level, would soon be below earth.

But when the 'new ground' was finally installed, there were many stores whose accesses had not changed to the upper floor. The now narrow underground streets were accessed by ladders or staircases in stores in the area. This was how Seattle Underground was created. And there were more problems for Pioneer Square.

For more than one decade, Underground Seattle became the ideal refuge for all types of people, particularly the homeless, who would take shelter underground during the winter months to avoid freezing to death.

Opium reached a critical point between 1890 and 1906, when Roosevelt signed the 'Pure Food and Drug Act'. Unfortunately for Seattle and Pioneer Square, these dates coincided with the existence of Seattle Underground. 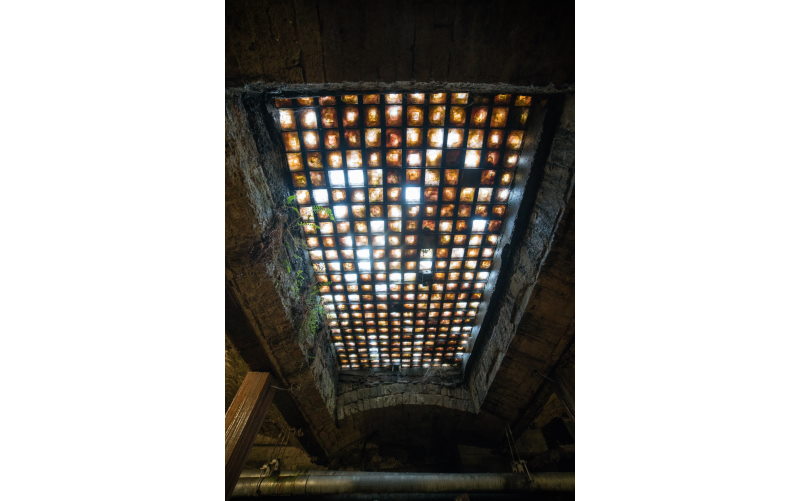 In 1907, the city council had to close off all (known) entries, given the fear of the bubonic plague extending as a result of overcrowding among drug addicts and homeless people. They feared that the Universal Exposition of 1909 would lead to a pandemic. Paradoxically, 700 people died in 1918 as a result of the influenza pandemic.

Urban design concept for building one city on top of another

New New York, the parody in the well-known animated series Futurama, set in the year 3000 AD, consisted of a city built "on the ruins of Old New York". This refers to how cities, over time, are constructed on top of themselves as layers are gradually built on top of previous ones.

The older the cities, the more layers there are beneath them. For example, the city of Madrid (Spain) has remains of Roman, Visigoth and Arab cities, among others, and even layers from a recent past such as the 20th century, old disused subway lines or abandoned underground commercial galleries.

Often, these remains are forgotten over the centuries and rediscovered thousands of years or decades later. Or both, which is the case of Derinkuyu , rediscovered on numerous occasions throughout history, even as recently as 1963.

Why do cities grow 'vertically?

Seattle Underground was the result of the bad (or non-existent) urban planning implemented in the old Seattle, which did not take into account the possibility of flooding, or happily ignored such possibility. The neighborhood of Pioneer is attached to the Puget sound with the Elliott Bay, and any rises in the levels of the Salish Sea entailed flooded basements, destroyed stores and rotting wood. 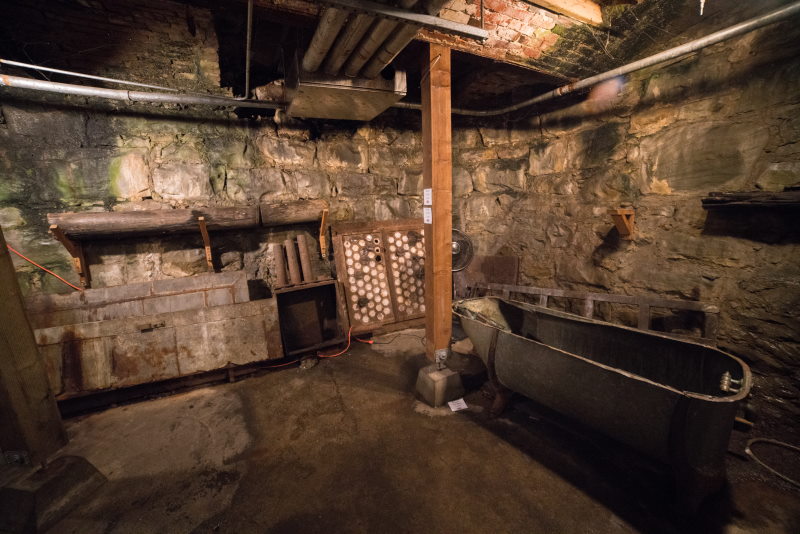 Cities often trample on themselves because of this, rising waters or sinking cities, which is what has been happening in Venice for centuries and in Jakarta for decades. Sometimes, the passage of time makes different levels of surfaces gradually raise the street level layer by layer, until the new level, centuries later, is meters or dozens of meters above the old one.

During the 1950s, the Seattle resident and conservationist William (Bill) Speidel campaigned to preserve the neighborhood. In 1965, he opened the Underground Tour as a result of that campaign, and in 1968, he published the short book 'Seattle Underground' with interesting facts about the subsoil.

Today, tourists can visit Seattle Underground, descending into the depths (some galleries are located 10 meters below street level) to observe, to a certain degree, what life was like in Seattle at the end of 1890.