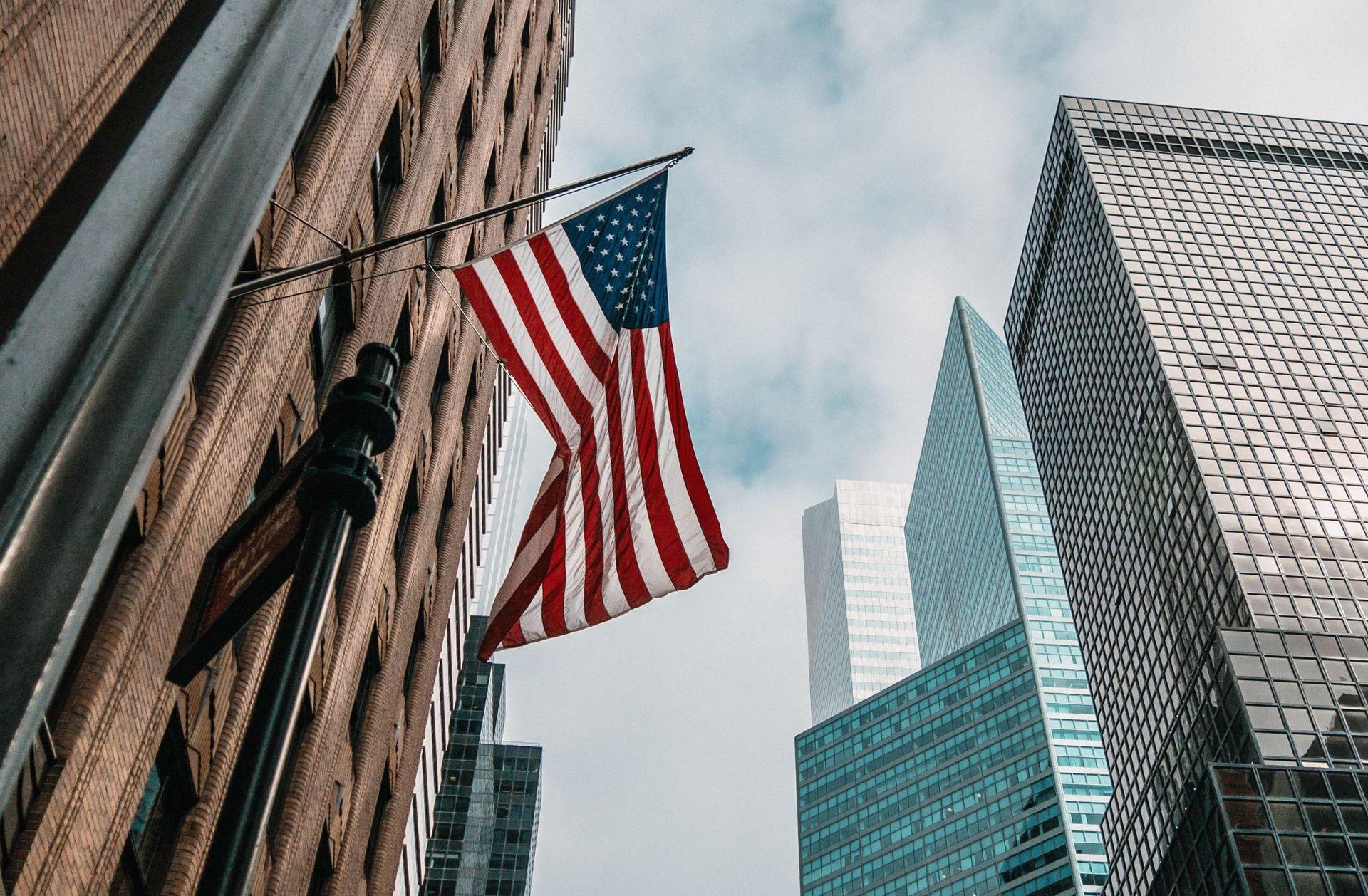 According to SmartAmerica Challenge, local administrations will invest $41 trillion over the next twenty years to prepare their infrastructure for the Internet of Things. Even two decades before this investment happens, the most innovative American cities in the academic, planning, transportation or health sectors, are those investing the most in smart technology.

Based on numerous scales, for the Smart Cities Index published yearly by The IMD Business School, New York is the smartest city in the United States, occupying the 12^th^ position out of 118. Below is the profile of the seven cities appearing on the aforementioned index and how each of them are using smart technologies to make more informed decisions in various areas.

Managing 10,500 tons of waste each day makes the New York sewage department the busiest in the world. That is why, in 2020, the city launched a pilot program that involved placing smart sensors in various districts to collect data to improve their waste management efficiency.

In 2015, 'BigBelly' was introduced, a smart waste platform equipped with a wireless sensor that controls its capacity, allowing the collection service to be programed more efficiently. The system includes a solar-powered trash compactor, increasing the amount of waste that can be stored by five per cent compared with a conventional garbage container. It also helps reduce emissions by reducing the activity of garbage trucks.

Another pilot project conducted consisted of equipping five city fleet vehicles with solar-powered air quality sensors to collect data in numerous South Bronx neighborhoods. This air control program, in force since 2008, has enabled sulfur dioxide emissions to be reduced by more than 70%.

Washington D.C.'s strong point in terms of smart city technology is enabling citizens to access local information on measures approved by the local government. Its online platform allows residents to actively take part in decisions made in the city.

The capital has also implemented a program that analyzes the movement of pedestrians, bikes and private and public vehicles in order to make more informed decisions about traffic and identify areas that require more resources to improve road infrastructures. 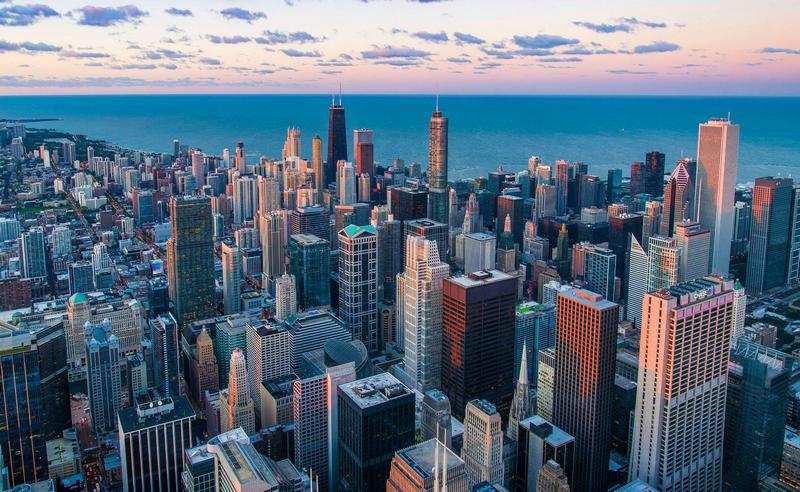 Chicago's smart strategy includes various initiatives. The first, called 'Array of Things', consists of a modular, open-source, network of interactive sensor boxes installed around the city to collect real-time data about the city's community, infrastructure and activity, which will be used for research and development and for decision-making at a municipal level.

The second, called Smart Lighting Program, seeks to modernize public lighting. It includes the installation of wireless LED lights throughout the city, which can be dimmed or controlled remotely. The aim is to reduce energy costs and improve public safety.

Lastly, and together with Cisco, the Chicago city council has launched Smart + Connected Community Initiatives. Its objectives include fostering smarter work practices, innovation-based incubators and promoting collaboration among various stakeholders to study and improve the city's social life.

Seattle is possibly the smartest city in the US, par excellence. Both the public and private sector are singing from the same hymn sheet and, of particular note, is the execution of numerous projects coordinated by the City of Seattle - Innovation Advisory Council.

The 'Food Rescue' initiative, for example, seeks to connect, in real time, companies with surplus food with NGOs that will benefit from the food that would otherwise have gone to garbage. Studies conducted show that between 50% and 70% of wasted food could have been eaten. This is why the Seattle Pacific University is collecting data to establish the costs involved in rescuing food, the associated waste and the pollution caused by the packaging.

In more advanced phases, the project includes technical assistance for companies and NGOs, the application of incentives to improve the management of surplus food and political decisions aimed at strengthening best practices to reduce food and packaging waste. 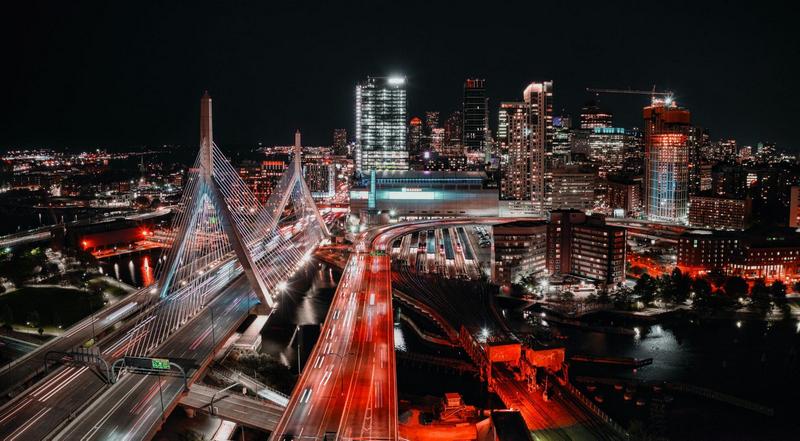 By installing cameras and sensors, the city is collecting data about the behavior of drivers, pedestrians and cyclists that will enable them to improve the way in which they quantify how road safety can be increased. Among other aspects, these smart devices measure how different users react to marked crosswalks, intersections and traffic signs or traffic lights.

The aim is to introduce improvements in the application of traffic rules or provide a more comprehensive community road safety education.

San Francisco's Climate Action Plan aims to reduce emissions by 40% compared with 1990 levels by 2025. Transport currently produces almost half the emissions, which is why the Californian city has been at the forefront of initiatives for years aimed at promoting connected, shared, electric and autonomous vehicles.

Since the SFpark smart parking system was inaugurated, San Francisco has reduced greenhouse gas emissions by 30%. Another objective is to claim more space on the streets for bicycles and pedestrians through collaborative transport, which is hoped to reduce the number of single occupant vehicles by 10%.

The city in the state of Colorado has chosen smart technology to optimize the city's operations and address some of its major challenges: delinquency, traffic congestion, collisions between vehicles, air pollution and economic inequality.

All of the Denver Smart City projects will be centered in a single data management system that will collect real-time data about transport, environmental health, climate, freight transport, among others. The aim is to facilitate smarter decision making, with a focus on safety and protection.

The inclusion of artificial intelligence algorithms will enable more urgent services to be prioritized and those that have the greatest impact.