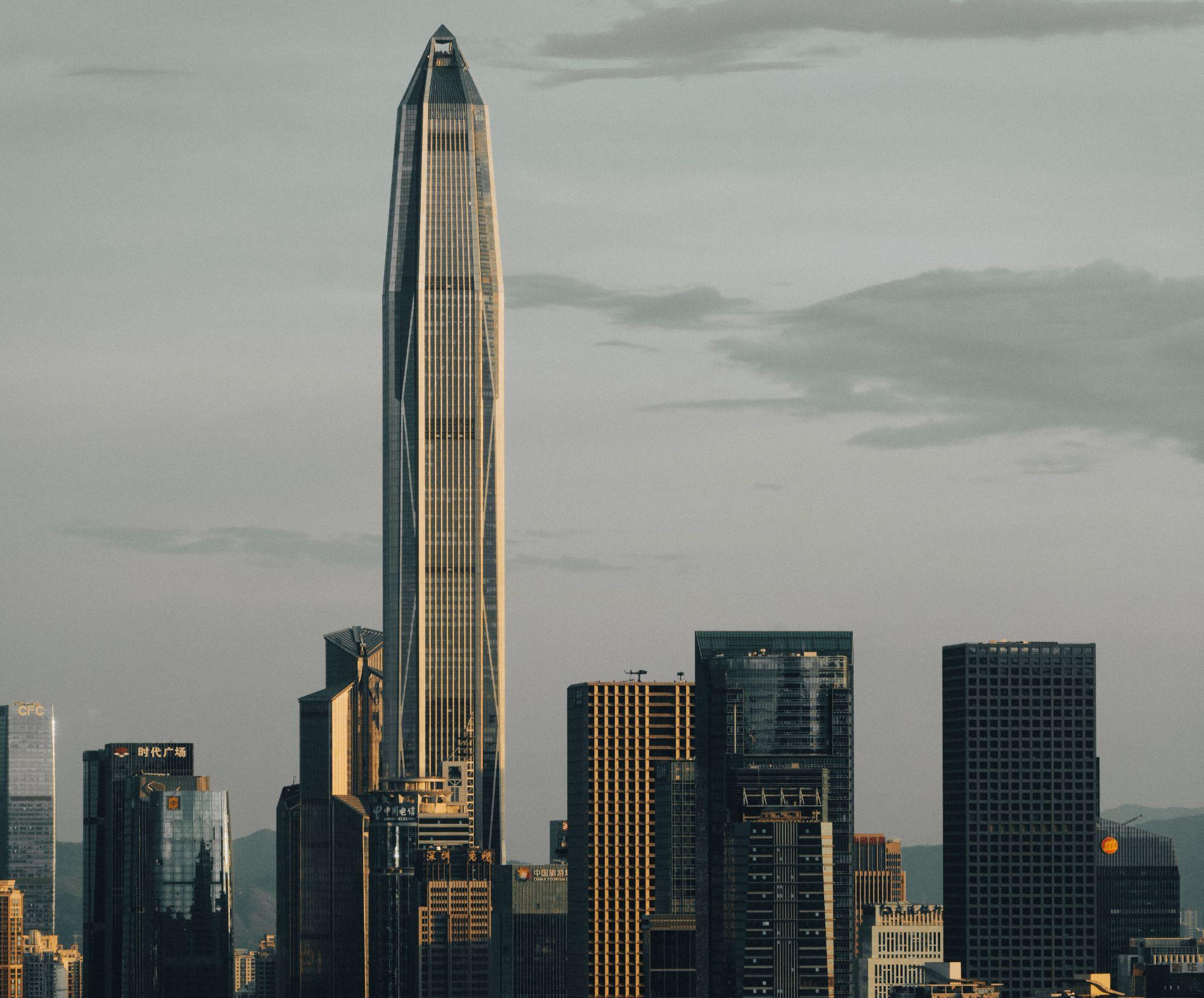 The fourth highest skyscraper in the world is in Shenzhen, China. The Ping An Finance Center (PAFC) is an office block standing 599 meters tall. With this figure, together with the city in which it located, the building could in fact symbolize the financial power acquired by China in the finance and international trade arena. 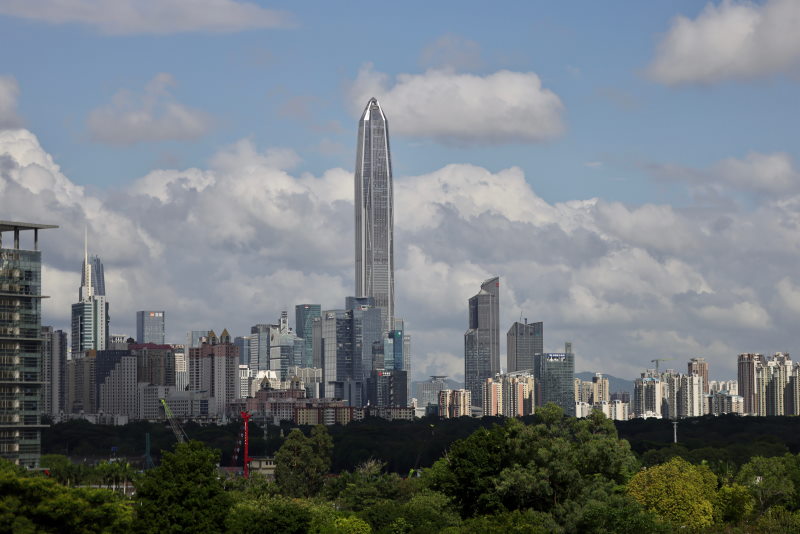 The Ping An Group, a holding company dealing in insurance and financial services and owner of the Ping An Finance Center, experienced rapid growth during the first decade of the 21st century. In 2009, the year in which the construction of the skyscraper began, it had more than 200,000 employees.

For its new headquarters, they chose the district of Futian, in Shenzhen, a coastal city close to Hong Kong. During the 25 years since the government declared it a Special Economic Zone, its population has gone from 300,000 to 10 million.

The PAFC is located in an important hub that connects Hong Kong, Shenzhen and Guangzhou, regions in which 120 million people live and which makes up one third of China's commercial value. The skyscraper is strategically located in the high-speed railway corridor of the Pearl River delta, which provides access to the cities that have experienced the greatest densification.) in recent years.

The Ping An Finance Center is built like a stone and glass tower. The structure's stone supports, rendered as chevron-shaped columns, converge at the tower's height and mediate the tension of the earth to a single point in the sky.

The podium is defined by a central atrium that acts as a public vestibule and sun-lit space for meeting, shopping, and dining. Its 115 floors accommodate over 15,000 workers from the Chinese holding company.

Its shape plays with the elevated forms of emblematic and historic buildings like the Eiffel Tower and the Empire State Building. Its design also has a touch ofChinese mythology, by combining it with the horizon line to create a silhouette of a dragon's snake-like body.

This experience allowed it to tackle the technical issues that appear when designing skyscrapers, such as wind loads. In this case, Ping An Finance Center has managed a 45% reduction. Furthermore, its stainless steel piers form a protective net against lightning strikes. 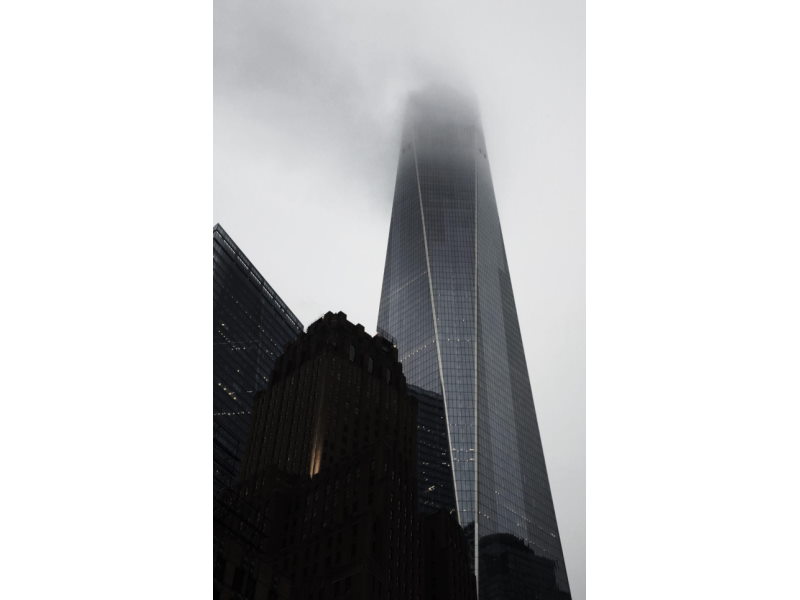 Apart from lighting, the region of Shenzhen is known for extreme atmospheric events including typhoons, fog and extreme temperatures. To increase this resistance, the engineers designed a tube-in-tube system, with five outriggers and seven belt trusses connecting the two tubes, complemented by exterior diagonals.

The performance of this structure is supervised by means of a structural health monitoring system, made up of 428 sensors, which collect data from its construction throughout its service life.

From an engineering and construction point of view, the PAFC is often described as an "extraordinary project". The reason for this is the difficulty in building a tower of this size in such a dense city as Shenzhen.

Inaugurated in 2017, PAFC was a pioneer in various technologies, which are now often used in the construction of skyscrapers.

Foundations next to the subway

PAFC required deep foundations, which were constructed adjacent to Shenzhen Metro Line 1. To limit displacement of the subway tunnel to within 10 millimeters, an innovative cross-lot bracing system with two-large diameter rings allowed for construction of the tower core through the first ring, and removal of 520,000 cubic meters of earth through the second ring.

PAFC's superstructure, designed to meet stringent seismic codes, incorporated massive steel connections which were pre-fabricated and installed in major sections weighing up to 90 metric tons. Construction of the tower's eight mega columns was expedited by using climbing formwork arranged in five adjustable positions, with each layer designed to be retractable and able to ascend on an incline.

Visit the Ping An Finance Center

Like many other tall buildings in the world, Ping An Finance Center has an observation deck on its 116th floor, at 541 meters high from the ground. From there, visitors can enjoy aerial views of the cityscape of Shenzhen and its surrounding areas. Even Hong Kong, which is 27.3 km away.

Another incentive is that the PAFC has one of the fastest elevators in the world, with a maximum speed of 10 meters per second. It can whisk visitors from Level B2 to the 116th floor within just 55 seconds.