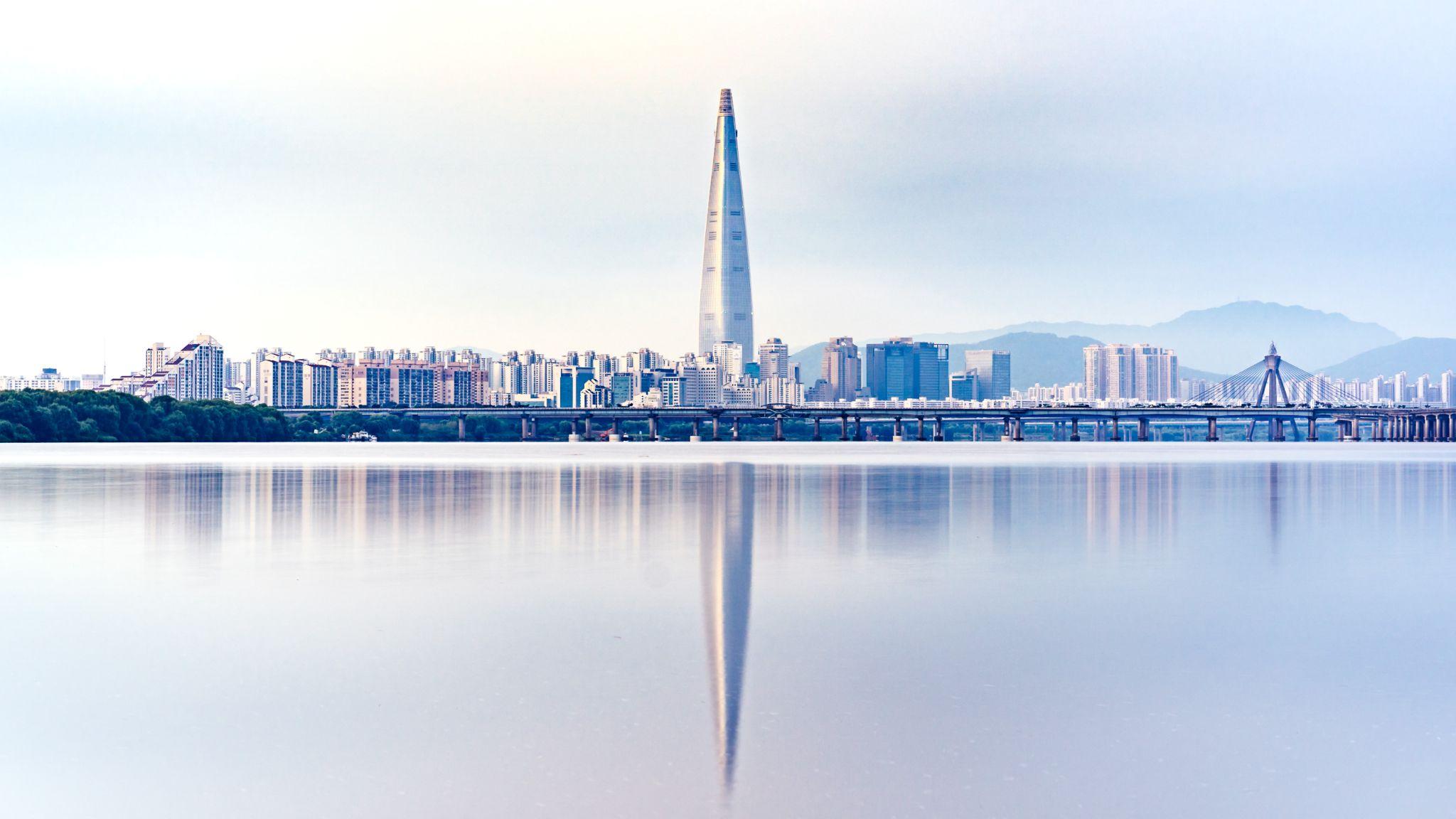 The Lotte World Tower rises 555 meters to tower over Seoul. The South Korean tower forms part of a select club of the 5 tallest buildings in the world and it is the tallest in Asia. The dreams of the founder of the Lotte Group came true three decades later, reflected in a design that combines modernity and engineering, while also depicting Korea's traditional culture.

The tallest skyscraper in South Korea, completed in 2017, was one of Shin Kyuk-ho's last wishes before his death in 2020 at the age of 99. The founder of the Lotte Group multinational conglomerate corporation and one of the country's richest men, purchased the land on which the tower is located in 1987. He had to wait thirty years before making his dream a reality by building the tallest building in the Jamsil neighborhood in Seoul.

The area suffered (or benefited from) gentrification, which brings with it trends and modernity, followed by price increases. It is also home to the main sports stadiums and skyscrapers in Seoul.

But, above all, it is the Lotte Group neighborhood. The corporation, which owns more than 60 companies, has built everything from tax free shopping malls to residential buildings. The star is the Lotte World Tower and its pointed shape, made up of offices, an aquarium, a luxury hotel, residences and an observatory open to the public, offering the best panoramic views of the capital.

As with other skyscrapers, the Lotte World Tower is a mixed-use building and its 123 floors are distributed as follows:

This 5-star hotel has 223 rooms distributed over floors 76 and 101. Renowned designers were responsible for its interior design and its guests have access to all types of luxuries.

Floors 42 to 71 are home to the Signiel residences, which enjoy a whole host of services provided by the hotel with the same name. Its price per square meter is one of the highest in the whole of South Korea, around 1,800 dollars.

Under the name of Prime Office, these spaces are advertised as "creative office space for world's leading companies". They occupy floors 14 to 38. There are other spaces for private offices between floors 105 and 114.

A shopping mall with all kinds of stores is located between floors 5 and 12.

SEOUL SKY, an observatory towering over the city is located on the highest floors, from 117 to 123 and, since its inauguration, it has become an attraction itself. The double deck elevator takes visitors to the 117th floor in just one minute. The ticket price for the Seoul Sky Observatory is KRW 27k.

Lotte World Tower also has a movie theater, restaurants, an aquarium and a concert hall.

The design, an ode to South Korean traditions 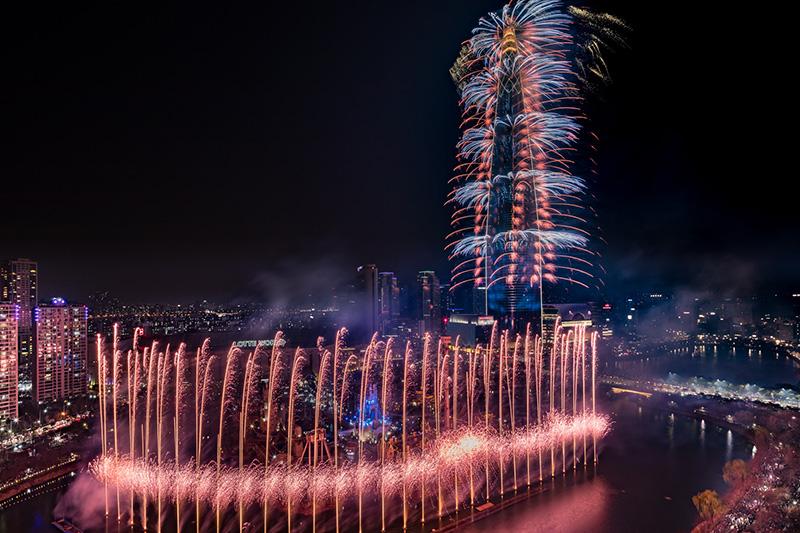 Kohn Pedersen Fox Associates (KPF), the architects entrusted with the design and authors of Ping An Finance Center, took inspiration from traditional Korean forms of arts including ceramics, porcelain, and calligraphy to complete the aesthetics of the structure.

The design of the skyscraper is softly tapered and includes a continuous curve that is accented by the insulated silver glass and white lacquered metal filigrees reminiscent of Korean craftsmanship. The pale-colored glass exterior is inspired by Korean pottery and incorporates metal filigree details.

The elegance of its forms was one the main requirements that needed to be met in order to fulfil the client's wish to crown the horizon of the Korean capital with a sculptural skyscraper. The pointed shape of the tower stands out in the rocky and mountainous landscape that surrounds the Korean capital.

KPF's design combines modern aesthetics with forms inspired by the abovementioned traditional Korean arts. The seam that runs from top to bottom of the structure gestures toward the old center of city, creating a visual dialogue with the heart of the city.

Wind-resistant and committed to the environment

The Lotte World Tower is designed to withstand the effects of gravity, as is the case with other tall towers. It is made up of massive columns, core walls, and a deck slab construction supported by steel beams. The core walls are positioned in the center of the skyscraper and extend up to the 123rd story, while the mega columns surround the periphery.

The building's counterparts were fashioned of 6 cm thick curved metal plates. The roof component is 120 meters high and comprises levels 107 through to level 123. The roof was built with around 3,000 tons of steel pieces, GPS alignment equipment.

The roof structure was created to bear its load without supporting columns, and withstand earthquakes and extreme winds. A thin cone with convex, slightly curved ends is the trademark feature of the conceptual design.

The Lotte World Tower has Gold-rated LEED-approved sustainability features. Instead of standard air conditioning, the skyscraper uses displaced air and a floor heating/cooling system in the atrium foyer.

To extract the air, exterior devices are outfitted with energy recovery rotors. To meet the building's power demands, a variety of renewable alternatives such as photovoltaics, geothermal, and wind spire turbines were also installed.