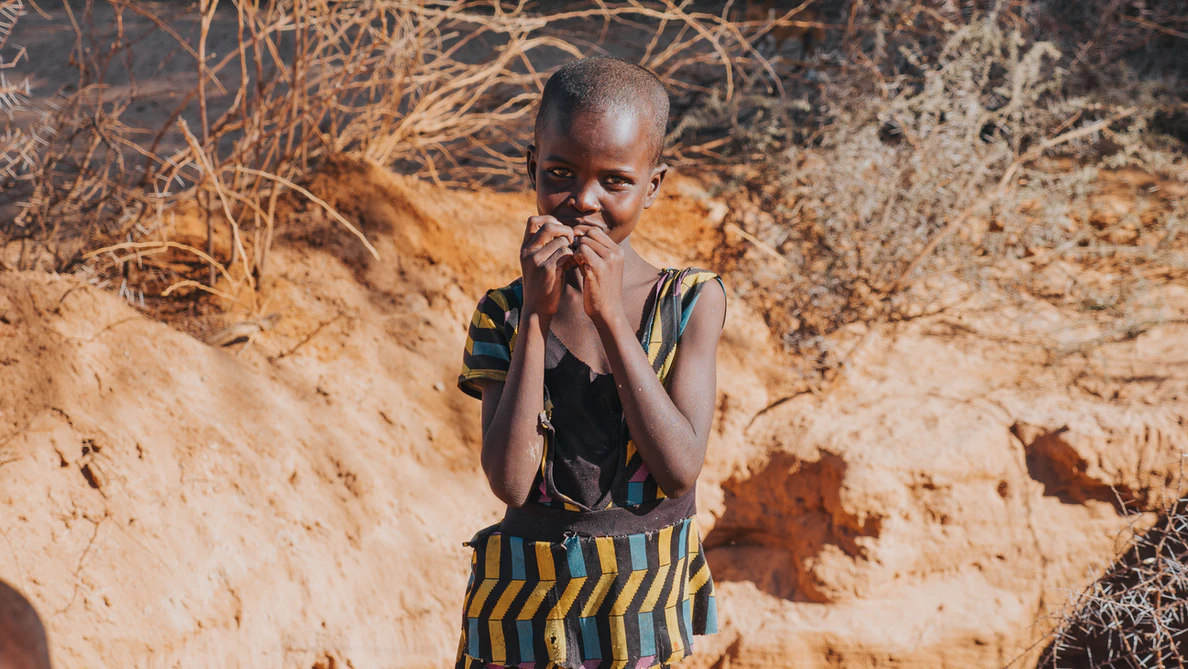 Drought cycles have been battering the African continent for thousands of years, however, the consequences for different communities are being compounded by global warming as a result of climate change. What causes the drought cycles? Why does climate change intensify these cycles? How do they affect the population?

What are drought cycles?

Drought cycles (and humidity) are recurring and historically predictable repetitions in which alternating wet and dry periods occur in a specific region. The duration of these cycles varies depending on the region and they are associated with different rainfall patterns. Drought cycles have become longer and less humid in recent decades.

How often do the African drought cycles occur?

As in Asia, Central America, Australia or South Asia, there are short and annual cycles and long-term cycles of drought. Short cycles can be easily related to rainfall.

Africa experiences these cycles at different intervals, many are related to the annual monsoon that blows across numerous territories once a year, particularly the central-western region. The map illustrates these characteristic rainfall cycles. 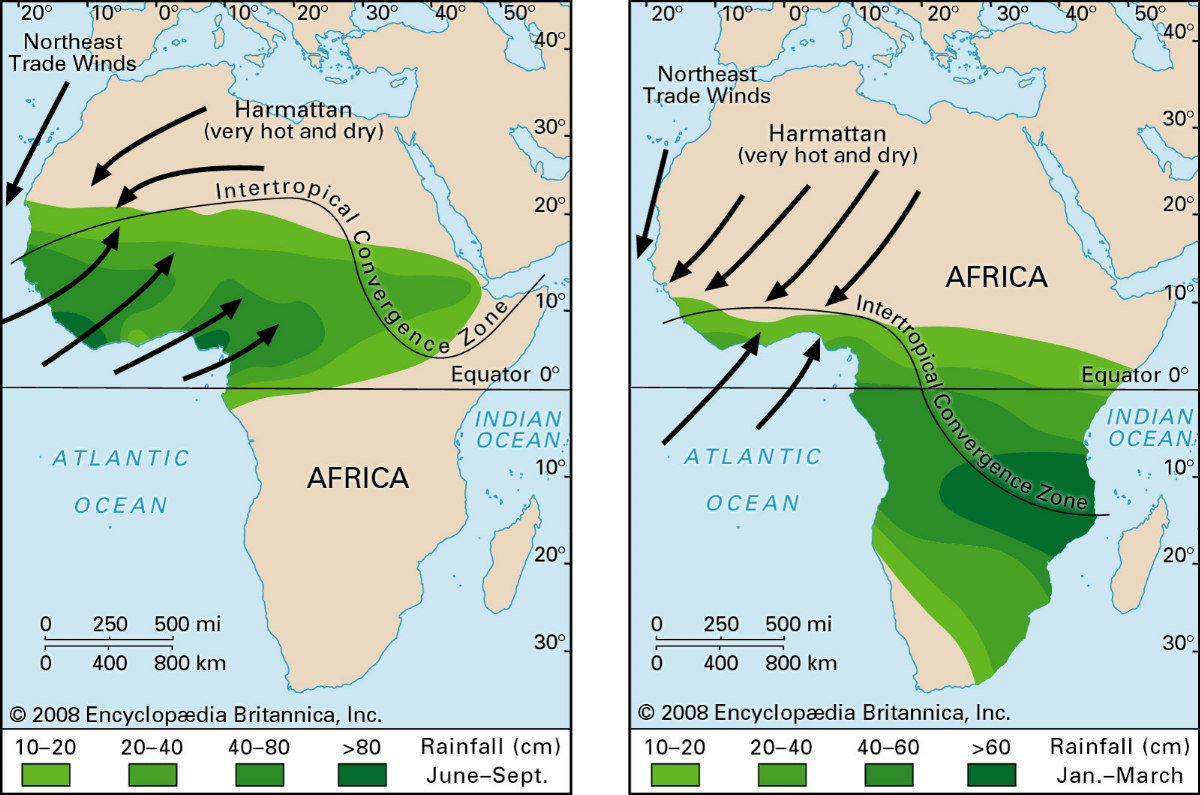 Unlike the Asian Monsoon that sweeps across the continent each year, East Africa, a particularly the Horn of Africa, is the region that experiences the most serious and prolonged droughts. It receives little or no rainfall each year. The same occurs in North Africa, a region greatly exposed to the most persistent form of droughts:

Long drought cycles are much more complex because they depend on a complicated balance between atmospheric and climate variables. The area of Sahel [below in brown] has always been the worst affected by these prolonged decreases in humidity in the atmosphere, and all the available reports (including the most recent IPCC report) indicate that the drought is getting worse due to climate change.

Annual humidity variations are causing these prolonged periods of drought lasting many years, and sometimes decades. For example, the Sub-Saharan droughts of 1910, 1950, 1960, 1980, 2000 and 2010 were particularly severe, and the FAO warned that although "since then, starting in 1988 the Sahel has recorded a series of good years (frequently accompanied by floods)", the reality is that rainfall will continue fluctuating, and that good and bad years will continue occurring."

What causes the African drought cycles?

The African drought cycles have a noticeable 'natural' component: they are partly caused by geophysical phenomena that make the continent's humidity fluctuate. Unfortunately, in addition to these phenomena, emissions of greenhouse gases from human activities have led to serious droughts amplified by global warming.

Another problem, besides the climate issue, is related to the wildfires sweeping across Africa. The green heart of the African continent, the Congo Basin, has more wildfires than anywhere else in the world. These fires dry the air and release vast quantities of CO2 into the atmosphere, aggravating the local and global problem.

As the atmosphere gets warmer, the relative humidity in the African regions decreases and the drought period becomes longer and more severe. In turn, rising ocean temperatures lead to more extreme variations in weather causing increased precipitation.

Rainfall events are shorter but more extreme. The soil is not able to absorb and retain the water. This results in longer and more intense droughts, eroded soil due to rainfall runoff and widespread forest loss.

What are the impacts of the drought in African countries?

Ecosystems are affected when a region experiences a prolonged or persistent drought. Agricultural and farming activities are greatly affected too, with the subsequent direct social and economic impacts. Particularly in regions still highly dependent on the primary sector.

Publications in 1987 already warned that the drought cycles in sub-Saharan African would pose a serious problem in the future and a major challenge for agriculture in the region. Since 2015, the region has experienced an increasing rise in food insecurity due partly to climate change.

Experts at the University of California have warned through an article published in Plos One about the increased likelihood of drought as the rainy season onset is later each year, leading to record droughts over five consecutive years.

One of the most affected regions is the Horn of Africa, with the longest droughts in Kenya, Ethiopia, Djibouti and Somalia caused, partly, by the La Niña conditions that lasted from June 2010 to May 2011. To a large extent, this weather phenomenon determines the climate in the region.

Unfortunately, from 2020 to 2021, La Niña has once again been classified as a 'strong' event, therefore the situation in the Horn of Africa is expected to worsen considerably in the coming years. For one reason or another, the continent is still being severely affected by drought.

As in North Africa, where the drought conditions have been persistent since 2000; South Africa is suffering from water shortages. It is particularly striking that in some areas of South Africa it hasn't rained in five consecutive years, such as Adelaide (South Africa).

These phenomena are forcing thousands of families to flee the region and enter neighboring countries which, in turn, causes political instability. An analysis by the OECD in 2019 confirmed that climate change is one of the main driving factors of migration. More than wars. Although, unfortunately, droughts also cause conflicts.

There may be a 'natural' component behind the drought cycles in Africa, but they are affected by a human factor with multiplying effects: a significant part of the water crisis depends on how sustainable our lifestyle habits are, both today and tomorrow.