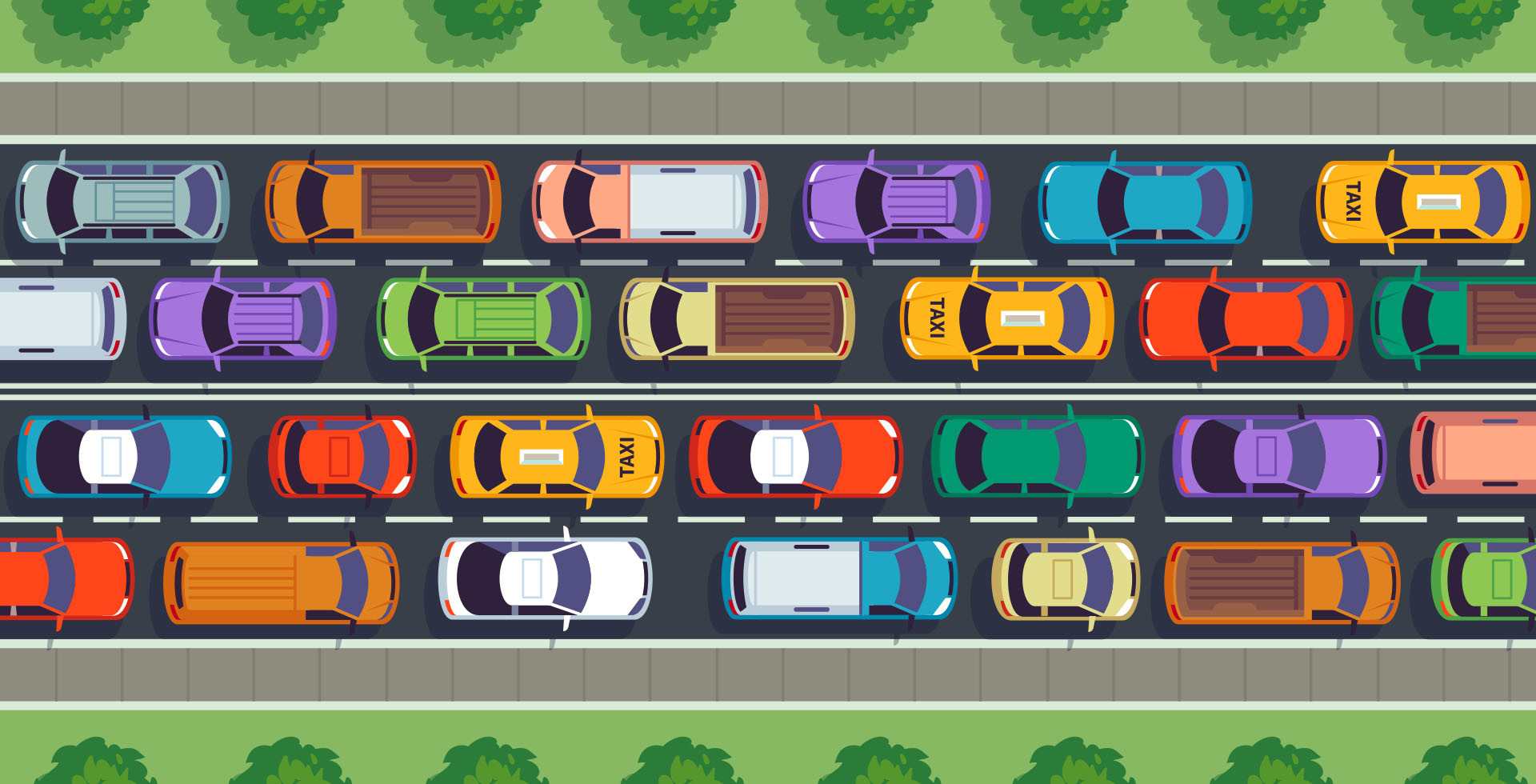 The autonomous car trap in terms of eliminating traffic jams

Author | Marcos MartínezAutonomous mobility presents notable advantages compared to manual driving. It will be more efficient calculating both the best route and the range of speeds, but also safer, given that, thanks to Car 2 Car communications, part of the Internet of Things, the information collected by a car will reach the community to perfect its performance. However, this type of system is a far cry from being the panacea to urban and peri-urban mobility proclaimed by its developers. In fact, however efficient they may be, autonomous vehicles will not resolve the problem of traffic jams.

In 2008, the researcher Yuki Sugiyama illustrated that this type of traffic jam by using dozens of cars in a closed circuit. His experiment “bottleneck traffic jam”, blames an impatient driver for the jam. Is there a solution?Yes, and it stems from keeping a safe distance. If you can’t, another way of preventing it would be to position the vehicle we are driving halfway between the car in front and the one behind. In 2016, William Beatty, with the help of the Wall Street Journal, illustrated how a single driver, following these rules, could prevent the formation of traffic jams.Years later (2018), a team of researchers headed by Raphael E. Stern proved that a single autonomous vehicle would have a positive effect and would prevent phantom traffic jams, as predicted a little earlier, in 2016. The evidence is very visual.https://www.youtube.com/watch?v=MtwY9xKfaYo

The bottleneck effect cannot be avoided

On the other hand, we have the bottleneck effect generated because of too many vehicles trying to access a road, which they don’t fit on at a moderate speed. It is true that autonomous solutions such as those illustrated above would help with traffic issues, and also autonomous carsharing vehicles with a higher occupancy would prevent between 50% and 75% of vehicles. But, even so, there would be traffic jams. Why?We have viewed bottleneck traffic jams as a balance of drivers prepared to wait in a holdup. If a lane was added, there would not be many jams for weeks. This has been the strategy in many cities. However, this situation would soon be inverted.New drivers that used to use public transport, seeing that it doesn’t take long by car, decide to drive. Despite the additional lane, their gradual arrival soon leads to traffic jams like those seen before, dissuading future drivers from doing the same thing.The same happens if a lane is removed: for weeks there will be monumental traffic jams, but gradually many drivers will choose public transport until an equilibrium is reached. The result is the Nash Equilibrium, which claims that everyonewill do what best suits them.

Is there a solution for traffic jams?

Unfortunately, the answer to that question is categorically no. Roads such as the Katy Freeway (USA) have proved that its 26 lanes do not solve the traffic problem: if more lanes are added, more drivers will arrive. But, if they are eliminated, people will start to use public transport.Which is why cities such as Copenhagen, San Francisco, Bogota or Hanoi have chosen urban lanes and to increase pedestrianisation. Traffic jams will still exist, but they will be less intense.Images | iStock/Olga Kurbatova

Autonomous Transport Systems by ZF Group: A clean, safe, comfortable and affordable mobility for everyone, everywhere

How can we transform cities into car-free cities?

What is a smart parking system? Functionalities and benefits