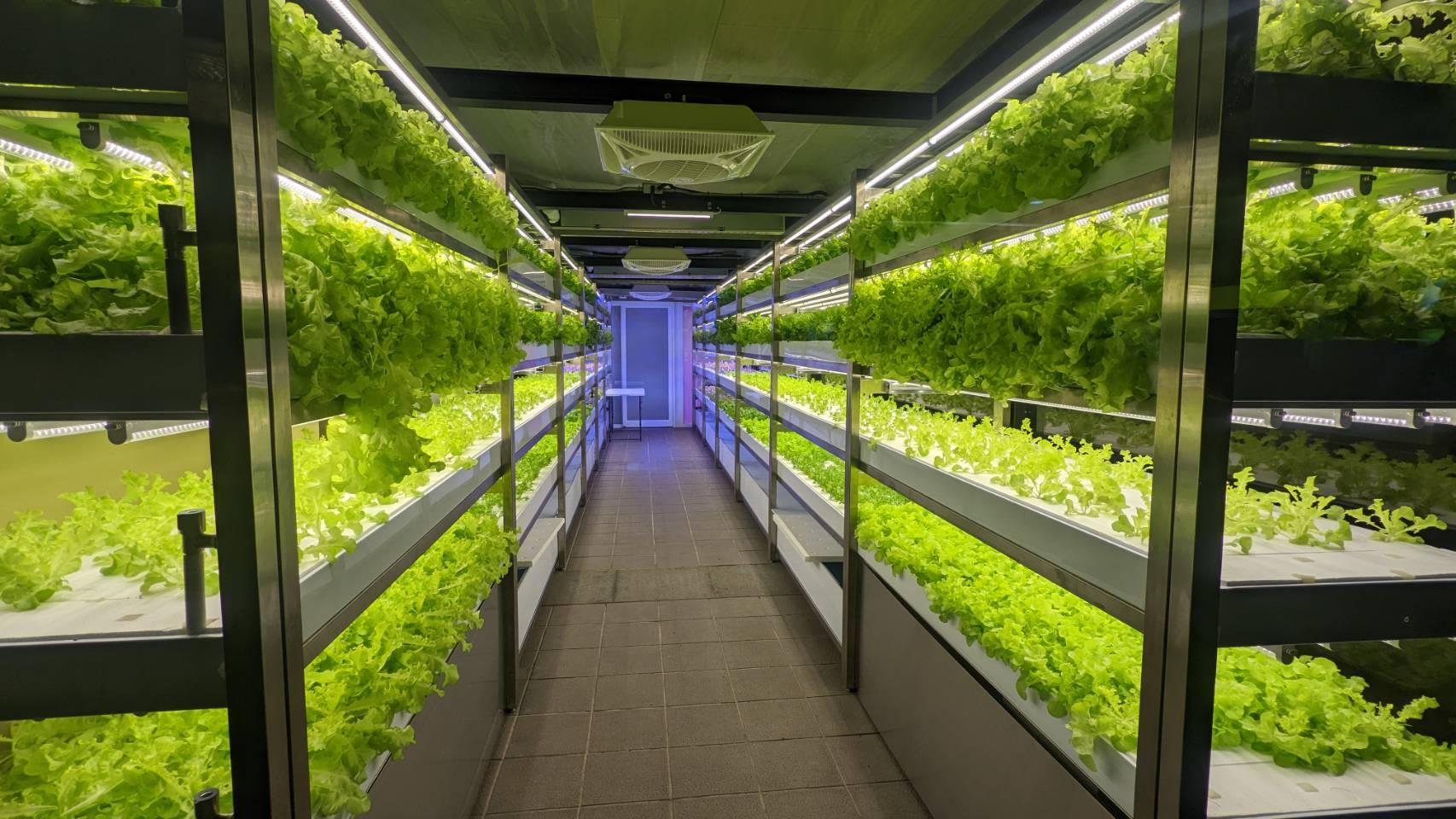 Taiwan plans to use obsolete suburban infrastructures to make way for vertical and indoor farming. At the moment it is still in its test phase, but the aim is to use the unused metro network to feed the population and strengthen food safety. It is not an isolated case. Other countries are transforming their farming and taking it indoors. Why? If this requires lamps to imitate the sun?

What is vertical farming?

Vertical farming is the practice of growing produce in vertically stacked layers. This type of farming is normally performed indoors, using aeroponic and hydroponic techniques and following a technologically advanced, partially automated and even robotic industrial process.

What is the purpose of vertical farming?

The purpose of vertical farming is just the same as the so-called conventional farming: to feed an increasingly starving world (particularly relevant now with a population of 8 billion, although the aim is to eliminate some of the disadvantages inherent in today's farming methods.

In the case of small countries, like Taiwan, Singapore, Andorra or Monaco, this type of farming could alleviate the dependence on foreign imports; and the same could be said of urban environments, which is a relief for biodiversity, which is suffering due to the extensive growth of agriculture.

What are the advantages and disadvantages of this method of farming?

The main advantage of vertical farming is that it enables less land to be used and prevents widespread agriculture, which enables land currently being used for farming to be used for environmental restoration. In 2020, a report was published on wheat grown in indoor vertical farms with between 10 and 100 levels. It means that an area of 1,000 m^2^ could produce the equivalent to anywhere between one and ten hectares in a controlled manner, with much higher yields and using fewer resources.

Vertical farms on urban land could increase the already high costs per square meter and increase gentrification problems, but in suburban areas it could help to act as a perimeter together with urban green belts, which are extremely efficient in terms of preventing urban sprawl. Where they are located is key.

Energy and resource efficiency is also relevant. There is already a 'highly efficient lettuce' thanks to indoor farming. Farming emits 18.4% of greenhouse gas emissions, partly due to deforestation, intensive use of oil-based chemicals or the actual use of fuel in transport. Bringing production centers closer and thus completely reducing climate-related losses or those due to weather events would help a great deal.

However, there are some significant challenges associated with vertical farming. Firstly, many people do not fully understand the concept and consider it to be alienating. Many confuse it with other technologies such as genetic modification.

In addition, the technological level required makes it less accessible to existing farmers, which makes them reticent to adopt this technology and even oppose it. That same technological dependency partly reduces the efficiency of it.

For example, vertical farming requires lighting systems to imitate sunlight, which makes it energy intensive. Overall it uses less energy than soil farming, but it uses more electricity instead of combustion chemistry. This creates certain obstacles, particularly with regard to public acceptance. Information is key.