Is it possible to reduce traffic jams during daily rush hour while also minimizing the problems caused by frequent floods? The question was answered in Malaysia with the 'SMART' tunnel (Stormwater Management and Road Tunnel), an infrastructure that acts as a conventional tunnel to reduce floodwater.

What is Malaysia's SMART tunnel?

In its Mode 1, the SMART tunnel is a 4 km dual-deck road infrastructure that connects the areas of Jalan Istana and Kampung Pandan (Kuala Lumpur). It shortens travel time from 15 minutes to just four. 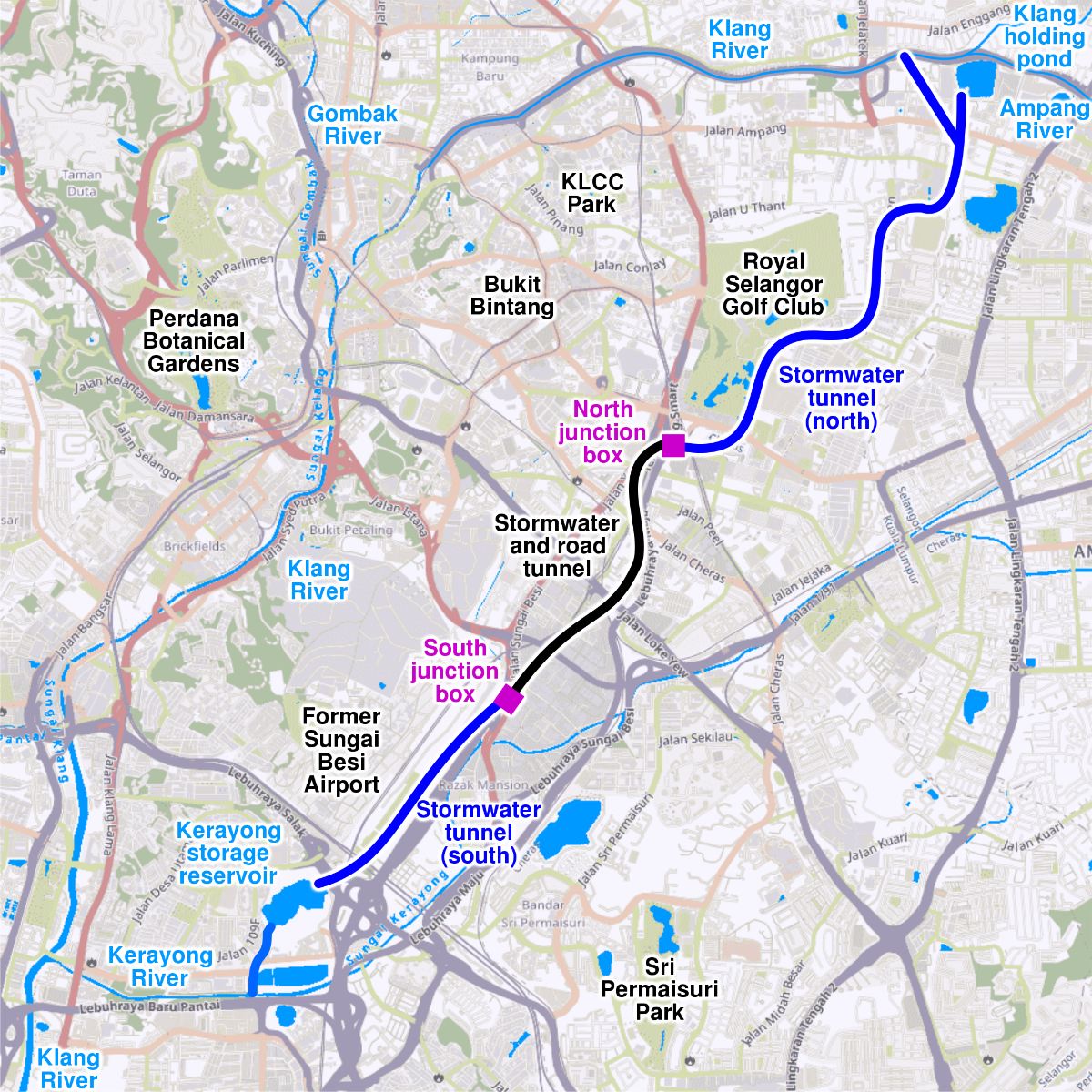 In Mode 2, a longer tunnel (9 km, which includes the previous 4 km) is activated when there is a storm. The lower part of the tunnel (below the lanes) floods and connects the surplus from the Klang storm tank (Sungai Klang River) with the Kerayong River storage reservoir.

In Mode 4, the road tunnel is completely flooded during heavy storms. Mode 3, consists of a warning that the tunnel will be flooded. 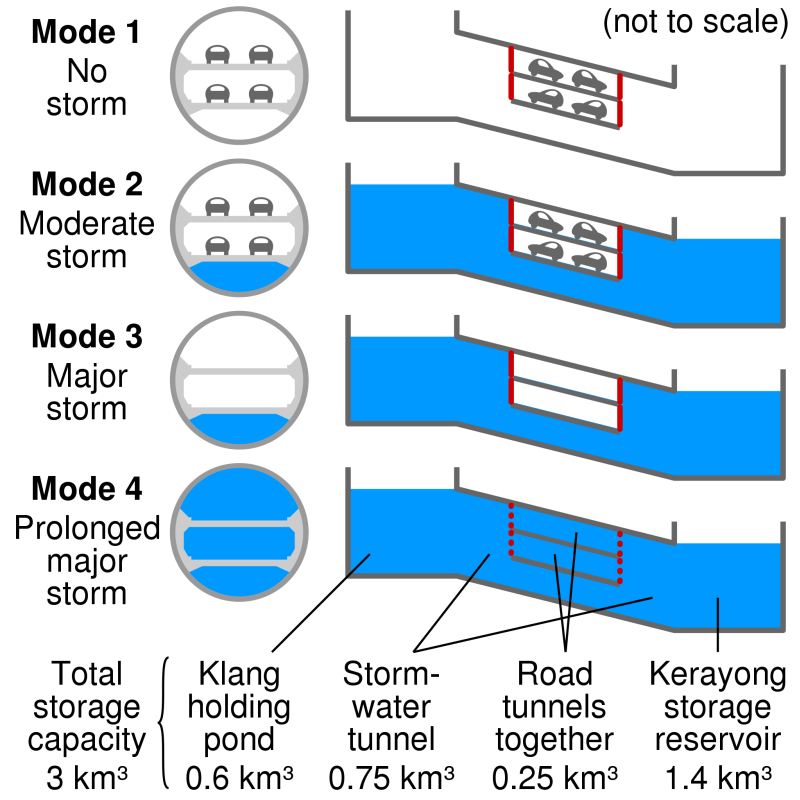 Other smart tunnels in the world

The dual use system is not the only way to create a smart tunnel, although it is one of the most useful and resilient. Some of the most interesting designs, together with the SMART tunnel are:

The greatest benefit of the Malaysian smart tunnel is that it helps make the city more resilient. Smart urban infrastructures are included in the SDG 11 (Sustainable Cities and Communities), a characteristic intended to be extended to combat climate change.

In Malaysia, climate change has brought about an increase in the frequency and intensity of major storms. A road infrastructure that functions as a road and a storm tank provides great flexibility.

In fact, part of the urban 'intelligence' of the future will not come from the use of technology, but rather from an increase in the flexibility of use of existing infrastructures, as is the case with the so-called 'mixed-use buildings'.

The problems with SMART: it is not all good news

In 2011, the SMART tunnel received the UN-Habitat Scroll of Honor Award, but it is not devoid of controversy. Part of the problem it solves (diverting stormwater) would not be required if Kuala Lumpur had implemented an urban planning model decades ago to prevent water channels.

The second criticism comes from the conversion of the two rivers (Sungai Klang and Kerayong) in drainage channels. As ecologists argue, a river is an ecosystem not a pipeline. The constant diversion of stormwater has had a notable impact on the biodiversity of water and on the area in general.

Lastly, the fact that travel times have been cut has led to more vehicles using the tunnel. Soon after opening, it no longer reduced traffic jams because there is more traffic and a new Lewis-Mogridge equilibrium has been reached. A trap being followed in other approaches.