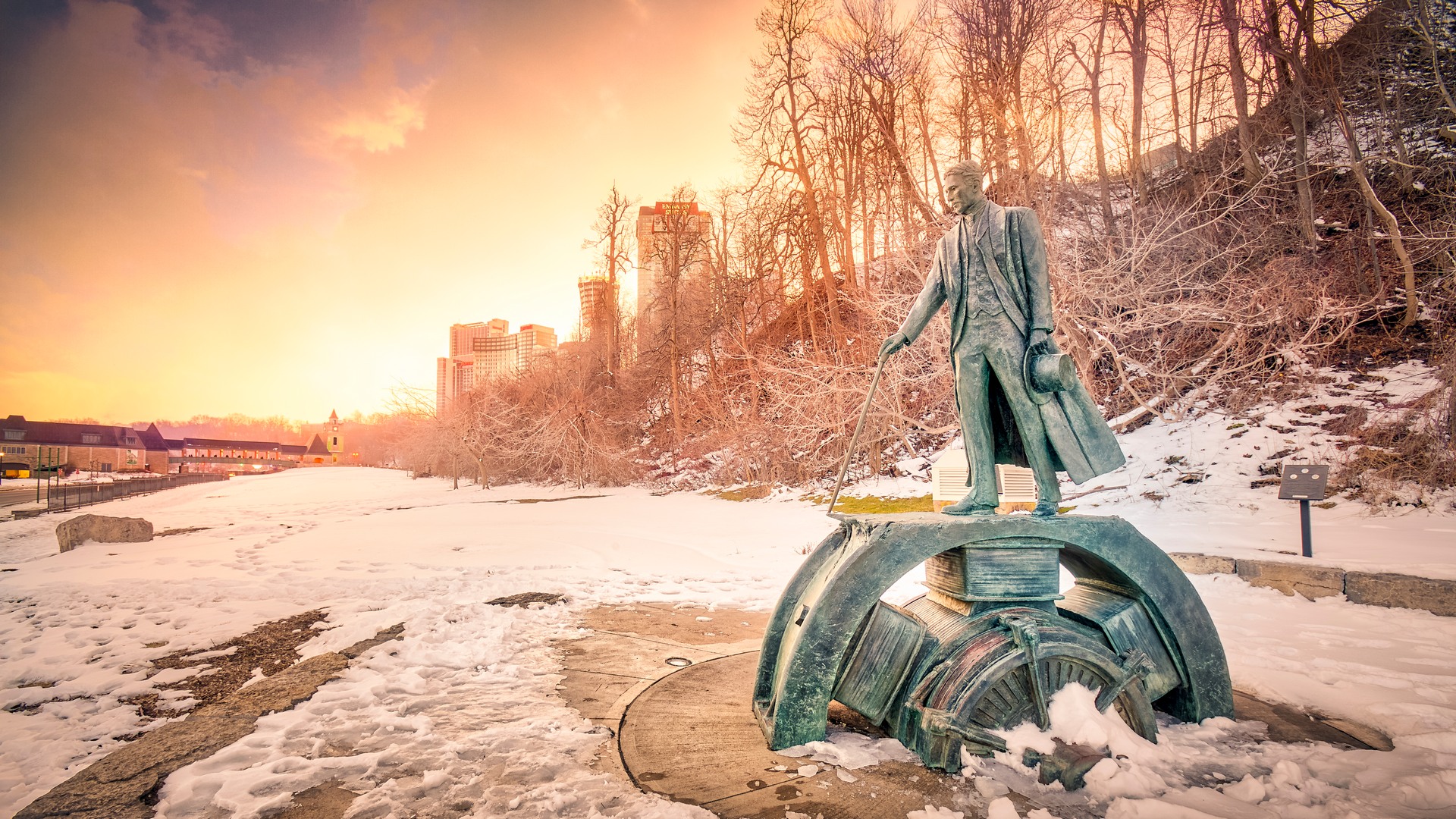 International Inventors' Day is held on November 9. This date celebrates the romantic figure of inventors, remembering a unique profession, which really was not quite so romantic if we take into account the difficulties and obstacles innovators had to overcome on a regular basis.

Why is International Inventors' Day held on November 9?

The chosen date coincides with the birth of the Austrian inventor Hedy Lamarr. Interestingly, Lamarr was better known as an actor at the time, a profession she combined with that of inventor.

Few knew that her scientific qualities contributed to the invention of something so fundamental in our lives today, which is wireless communication. The documentary "Bombshell: The Hedy Lamarr Story" (2017), tells the story of her incredible double life. 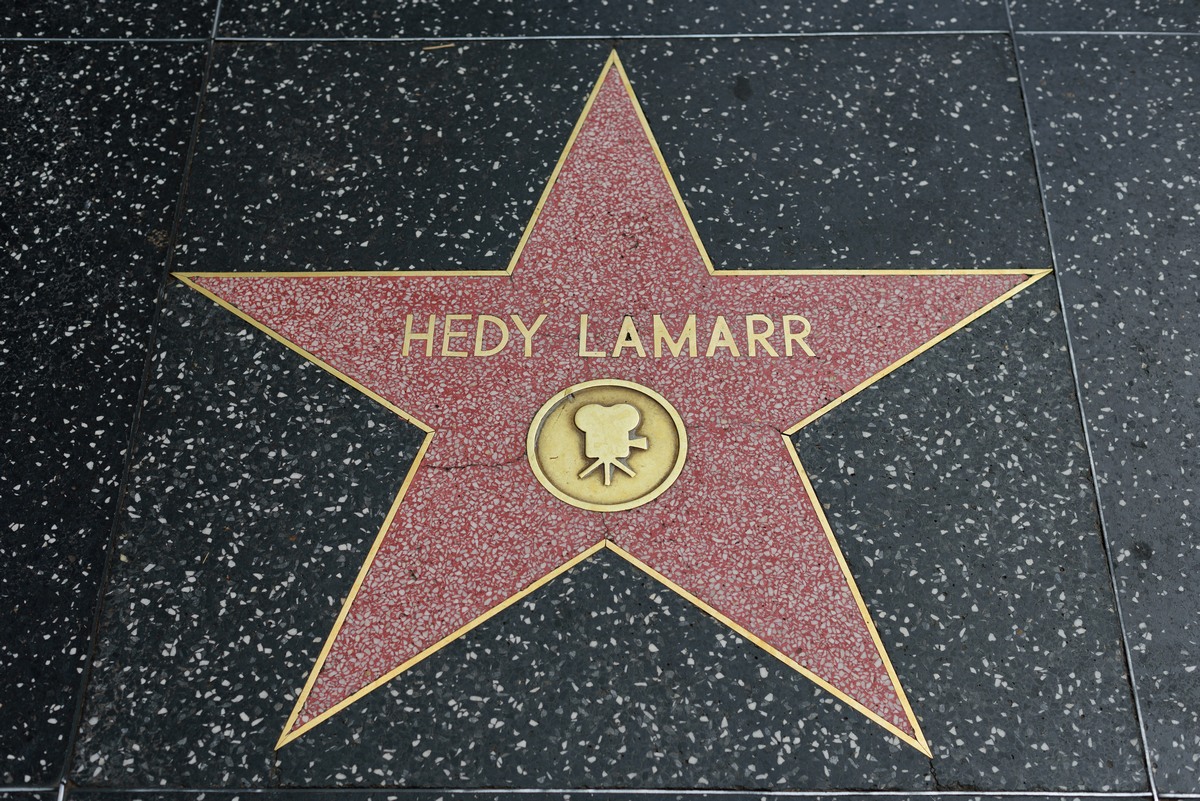 In the United States, National Inventors' Day is held on February 11, the day on which Thomas Alva Edison was born. His 1000+ patents, together with the 200 of his contemporary and rival Nikola Tesla, were essential in the urban revolution that took place at the end of the 19th century and the beginning of the 20th century.

How does technology affect city growth?

The inventors left their mark on their creations. Their work has certainly helped shape the cities we know today.

Many of the state-of-the-art innovations we know today, including smart lighting technologies, urban connectivity or the numerous applications of the Internet of Things (IoT), are based on the prior work of the inventors of yesterday. 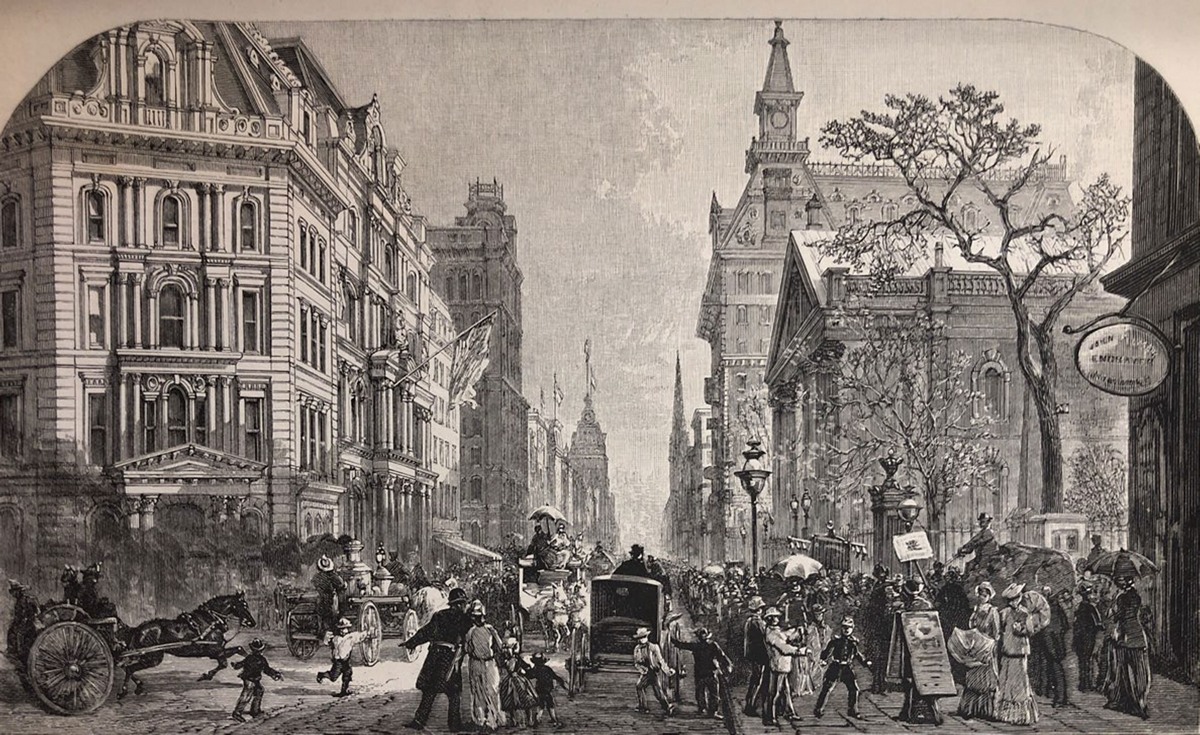 The idea of the city as we know it today was forged in the 19th century. It was the inevitable result of the two industrial revolutions that took place in just one hundred years in the West. The change of productive models shook the world, creating new spaces of coexistence and changing population patterns.

The migratory flow towards urban areas reached unprecedented figures. Forty percent of the rural areas in the United States saw their population decimated because of migration.

The "modern times" were attracting the masses to planets in which the streets forgot about the darkness of the night and the brightness of the stars and carriages made way for motorized vehicles. These innovations went on to form part of the genetic code of cities.

We have to go back to 1875 to find the first electric street lights, designed by the Russian Pavel Yablochkov. Four years later came the incandescent bulb, patented by Edison, finally perfecting lighting.

However, the great urban challenge of electric power was not achieved with lighting. The real source of the problem was electric power transmission. They were tackling an extremely current problem: energy efficiency.

What was known as the war of the currents demonstrated the value of the theoretical framework of alternating current implemented by Tesla's patents. The dichotomy of the time is reflected today in the actual concept of sustainability in the creation of coherent energy models. 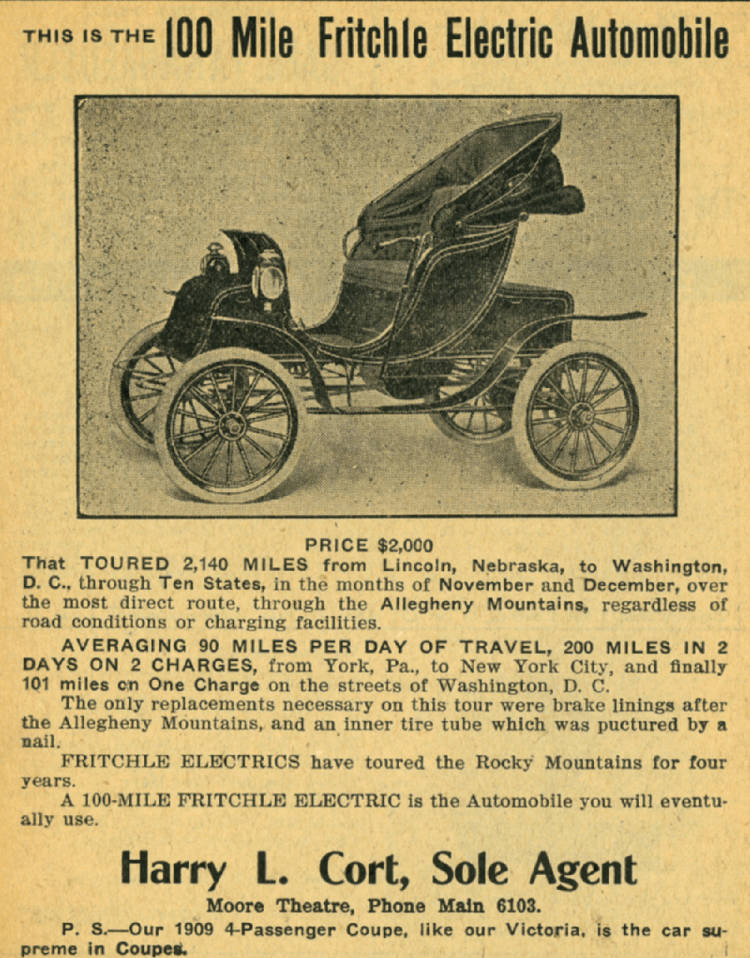 The first successful electric car dates back to 1876. This was thanks to William Morrison in Des Moines (Iowa). In other words, at the very beginning of automation the technology of electric cars coexisted with combustion engine vehicles.

So much so that, at the beginning of the 20th century, one in three vehicles sold were electric. There were even charging posts as we know them today.

The premature death of the electric vehicle was not due to technology defects. In 1906, the model developed by Oliver P. Fritchle travelled 161 kilometers on a single charge. We would have to wait a century for a 100% electric vehicle to exceed this figure.

The decline of the first electric vehicles was related to the industrial challenge launched by Ford with the Model T which filled the streets with cars, but also fumes. Now the environmental and health efforts focus on returning to the original idea of the electric car. These models were already advertised as being cleaner at the start of the 20th century.

Long before cars came the idea of collective urban transport which has marked the aspect of cities today and which originated with maritime transport.

Among all the means of transport, perhaps the most representative of cities came in the form of railways. These metal railways made way for trains and trams. The first of them joined Swansea and Mumbles in Wales, using a horse-drawn carriage which began service in 1807.

Many may consider the idea of moving along a single track somewhat antiquated. However, it is still just as in fashion today as it was back then. Proof of this are revolutionary technologies such as the Hyperloop capsules. 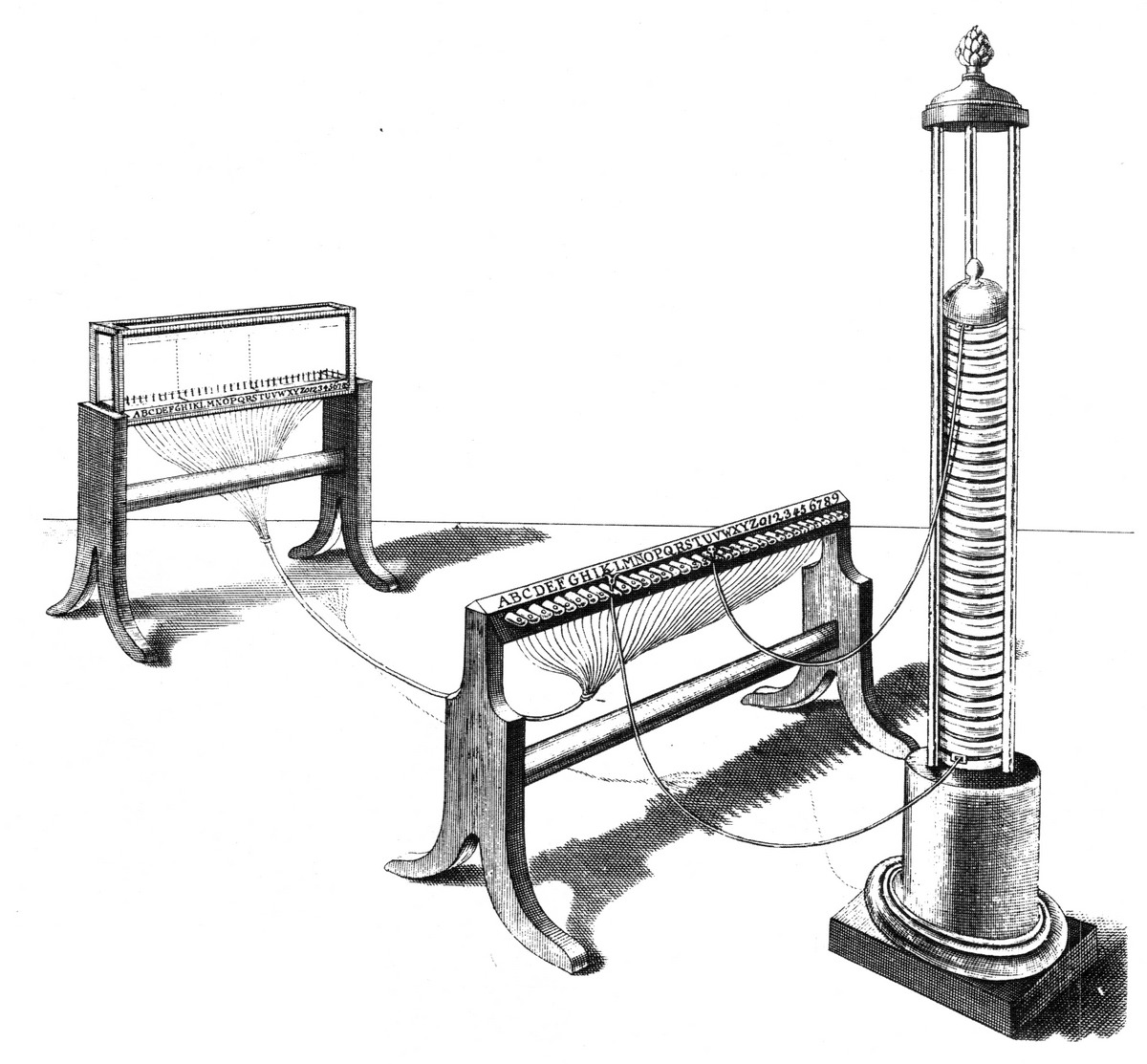 Phone boxes are disappearing. The first pay phone was patented by the inventor William Gray in 1889. We will soon have to explain to our children what they were. They have been one of the most iconic images of cities such as London. A clear symbol of the impact of telecommunications technology on cities.

The modern origin of these can be found in telegraphic communications. They were first developed with a series of inventions that began at the end of the 18th century.

Georges-Louis Le Sage devised the first prototypes in 1774, in which each letter of the alphabet was related to a separate wire. The simultaneous development in the area of electricity allowed new advances in subsequent decades, such as that of Samuel Thomas von Sömmering in 1809. His telegraph conveyed messages electrically over various kilometers.

In subsequent decades, the experiments led to a network of telecommunications and the rise of information technologies. In terms of the telegraph, the exchange of information was marketed through telegraphic companies and, in 1851, the Morse code was established as an international standard. Although these models may seem like a distant memory, they formed the basis of urban connectivity.

The elevator and conquering the skies 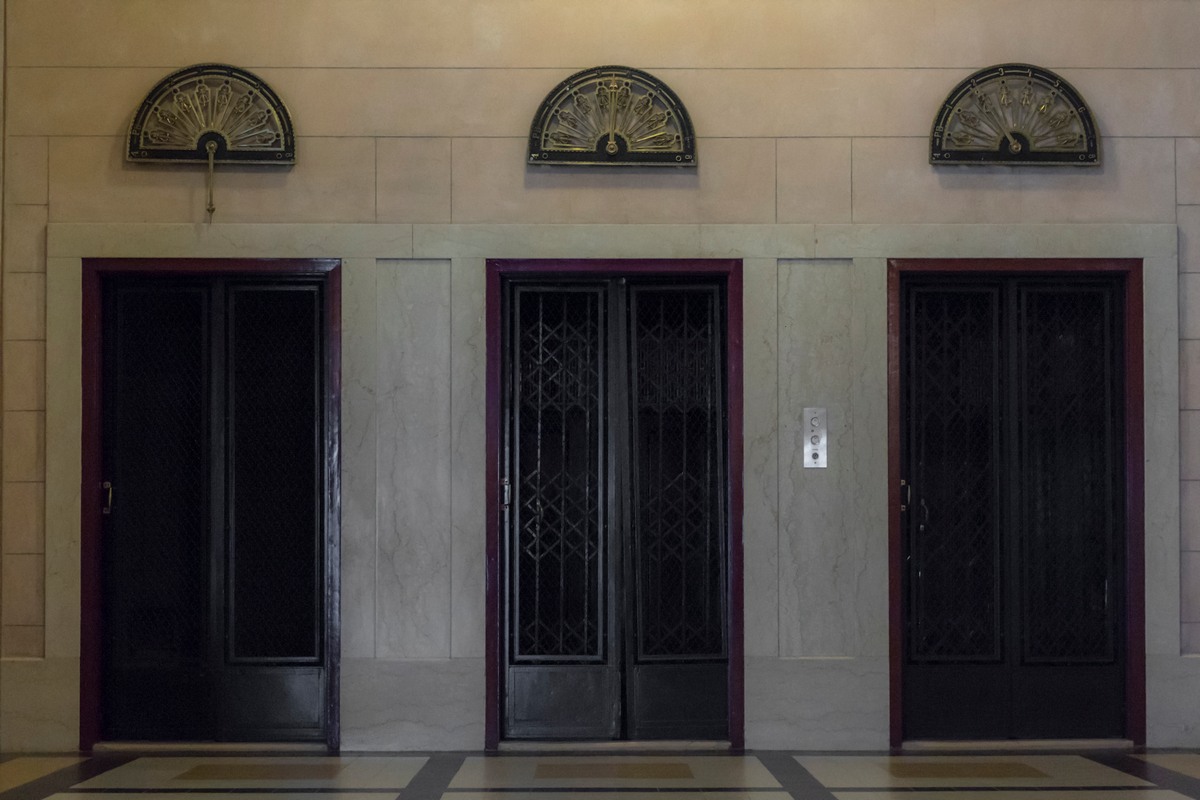 There is not a specific date for the first elevator. In ancient Greece and Rome we can find similar solutions that were even used in the Colosseum itself.

However, we need to go back, once again, to the 19th century, to understand the incredible contribution it represented. The inventor Elisha Graves Otis (father of the subsequent empire that would dominate the sector) launched his model at the Industrial Exhibition in New York in 1853. The mechanism is the precursor of those used to date.

It was the fundamental instrument for the growth in height of buildings We have this invention to thank for the silhouette of glass skyscrapers that represent smart cities today. The elevator enabled a revolution in the real estate sector at the end of the 19th century and boosted economic growth in the city, which reached new levels. 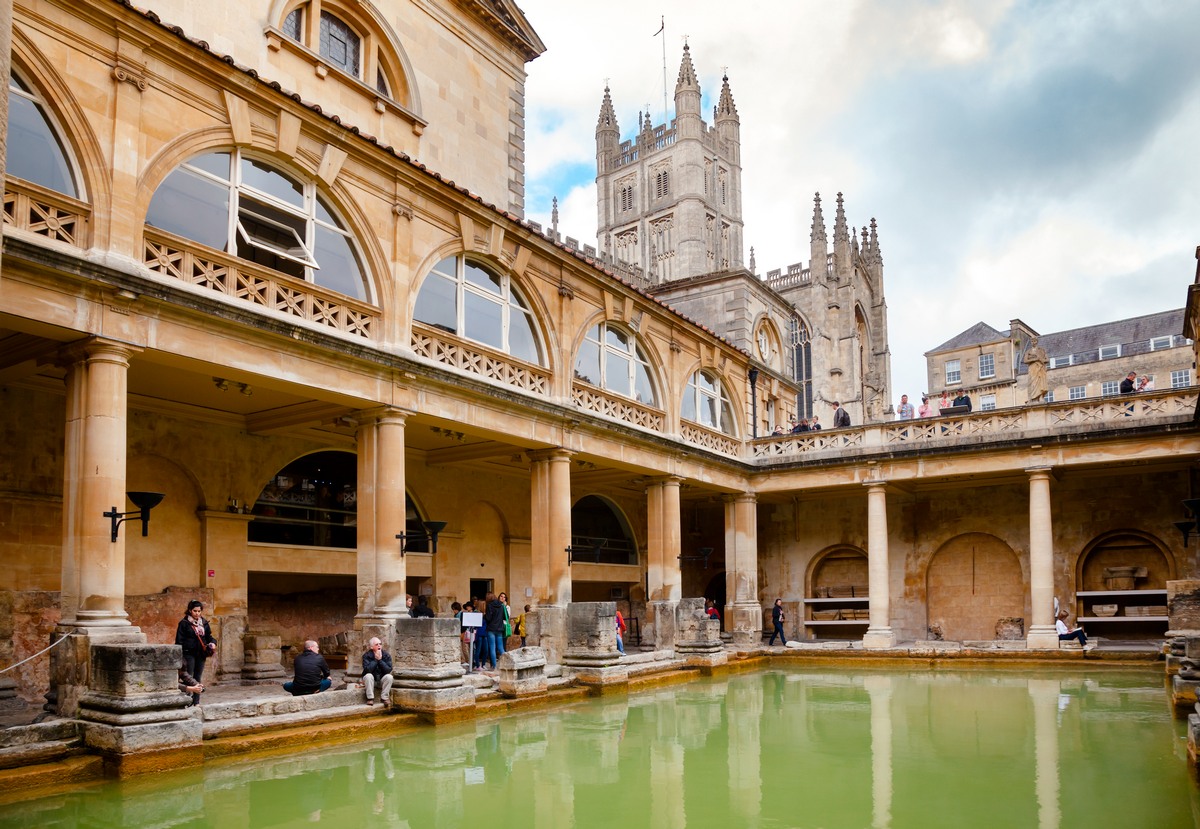 Beyond innovations, the concept of community is an essential value of smart cities. Social cohesion has an impact on the quality of life of inhabitants and the difficult determination of urban happiness, which cannot be assigned a specific algorithm yet.

The origin of the social city is as old as the city itself. However, we can take a look back at the first modern leisure centers which, in this case, go back way beyond the 19th century.

We are referring, for example, to Roman baths. Every respected Roman city had public baths and they were considered a basic necessity. The true value of these lies in that they were more than what we understand as public baths. They became social meeting places and places of leisure with the valuable excuse of boosting health and hygiene. Furthermore, Roman baths were considered the first gymnasiums in history.

A few thousand years later, urban planners are working on designing the same form of multi-functional buildings, as is the case with mixed-use buildings.

It is clear that technology and the social purpose of smart cities is not as contemporary as it may seem. There is a deep historical base on which it is established and in which, inventions and inventors played a leading role.