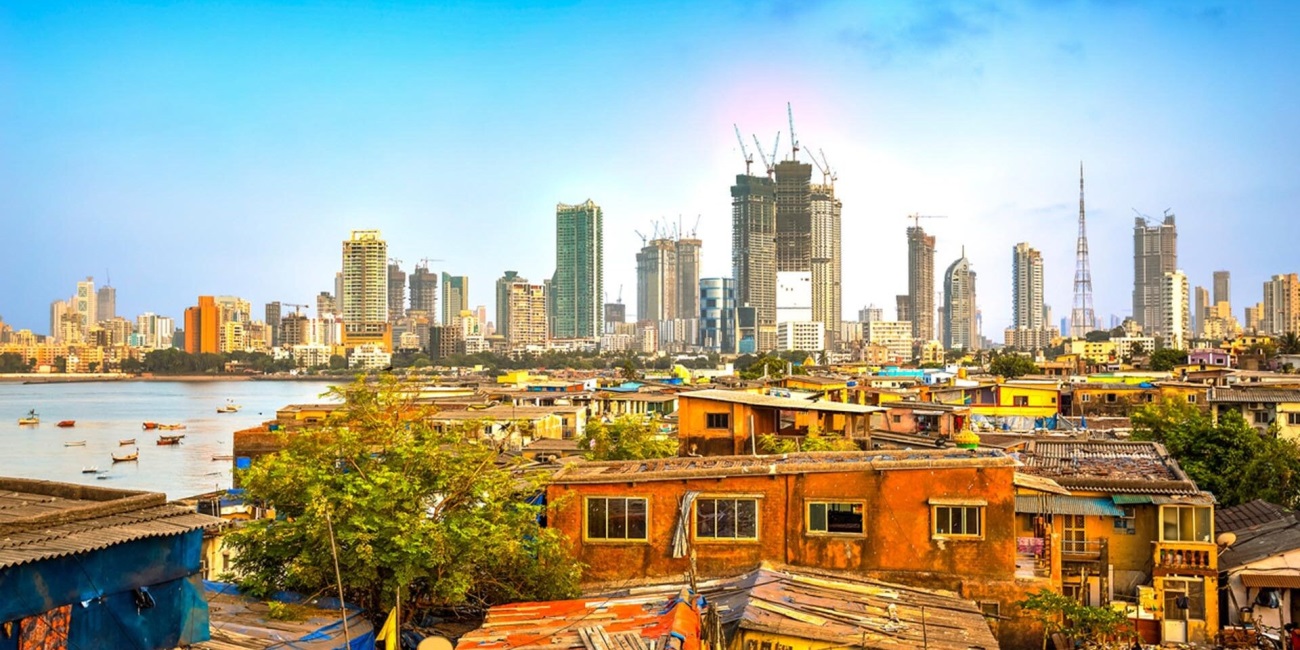 India is one of the fastest growing countries on the planet in a whole host of indexes: GDP per capita continues to grow, its population growth is slowing down, but it still has positive growth, it has achieved spectacular improvements in terms of reducing poverty, food sovereignty or technology. But it still faces significant challenges.

Among the main challenges still pending in India, is urban growth management, particularly with regard to the digitalization of cities given that many neighborhoods do not even have a sewage system in place. One of the projects implemented by the Indian government is Smart Cities Mission, an urban renewal process designed to make cities more sustainable and human.

What is the Smart Cities Mission?

“The Smart Cities Mission of the Government is a bold, new initiative”, is how the Indian project’s presentation document reads on its website. The aim of this initiative, with a certain degree modesty and aware of the enormous challenges it faces, is to transform Indian cities and convert them into smart cities. That is: clean, sustainable, with jobs, low crime, etc.

By observing the urban development of other regions of the world, their errors and achievements, the Indian government has designed a set of rules with the ‘core infrastructure elements’ of the Smart Cities Mission project, which are listed below: 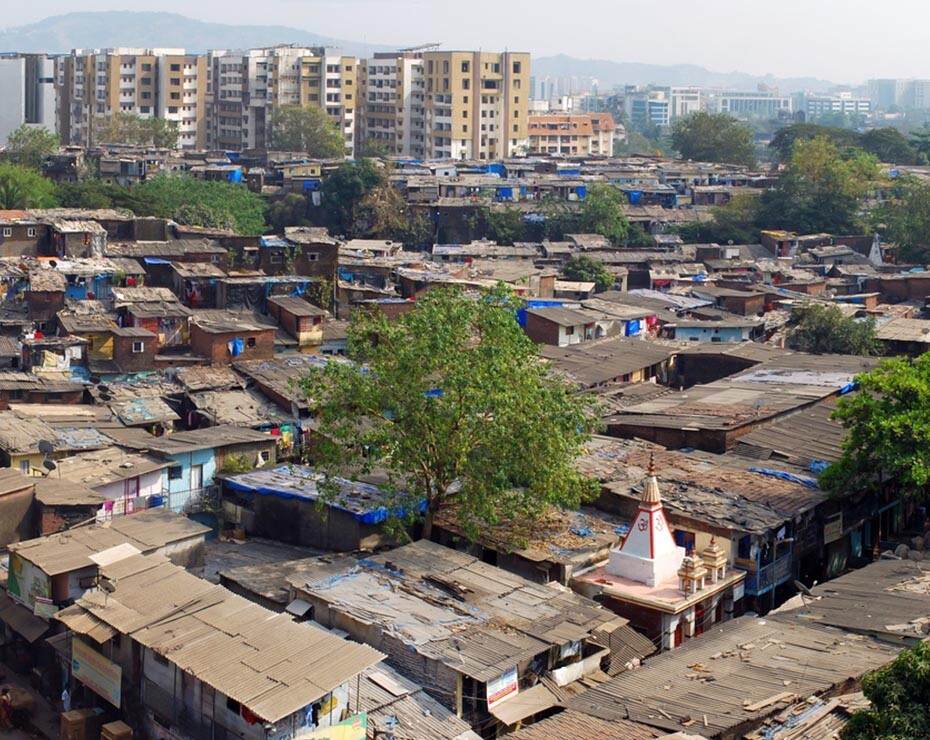 If readers think that points 1 to 3 seem too basic and more suited to the 17th to 19th centuries, they probably live in major cities of Europe, United States, Argentina or Australia, among other countries that began this process a long time ago. For example, the Paris of Napoleon III, with Baron Georges-Eugène Haussmann at the head (18th century), designed a sewage system that is still used today, but Singapore did not build its Deep Tunnel Sewerage System (DTSS) until 1990.

It is clear that developing countries are out of step in terms of tackling these problems. However, it is important to bear in mind two key points: for countries such as India or China, the problems arising from bad urban management are new; and they are tackling them much faster than other countries did in the past.

This set of rules is accompanied by another one, with 21 points and solely aimed at smart solutions, which can be read in the tweet shared by India’s Ministry of Information and Broadcasting.

Will this smart city project be a success?

India has a number of systemic urban problems, some of which are quite significant and even cultural barriers, which makes this transformation extremely difficult.

For example, the figure and teachings of Mahatma Gandhi are firmly rooted in its culture, with sentences such as “India is to be found not in its few cities but in its 700,000 villages”. As we will see below, distributed urbanism is totally incompatible with the Sustainable Development Goals, because, the urban reality that Gandhi lived (1869-1948) was very different to the current one.

The core problem is that India needs to urbanize and face up to the completely obsolete urban planning laws, such as Mumbai’s highly criticized floor space index of 1.33 dating back to 1964. This index means that in the bulk of the urban area only one floor can be built and a third, resulting in the process of exceptionally expensive congested housing and absurd urban traffic problems saturating everything and polluting even more.

Is the smart cities mission a sustainable project?

For many decades, cities were considered a global problem with regard to sustainability, and even a personal safety problem. Factors such as epidemics in European, Chinese or Indian cities during the 19th and 20th centuries, the high crime rates in growing cities, the vast amount of asphalt or pollution were extremely significant.

However, scientific literature —and particularly, town halls determined to design sewage networks, high-rise buildings, cities with public transport systems or basic police surveillance systems— have managed to prove that the impact of a city per capita (water, greenhouse gases, energy for temperature control, energy in transport, have an impact on biodiversity) is considerably lower in a dense city than in a distributed community (1, 2, 3, 4).

In other words, urban density is extremely good for the planet, provided a series of conditions are met. Conditions which, on the other hand, India is not even close to achieving. In fact, one of the major urban problems is the adhesion of informal communities and neighborhoods with low-rise houses built by poor migrants from other regions of India. These buildings force people to live crowded together, with no public transport or running water.

List of smart cities in India for the Smart City mission

The list of Indian cities included in the Smart Cities Mission reached in the fifth round of the project the 100 Indian cities, each with their own set of problems and solutions, but with common aspects. Therefore, New Delhi’s problems which, with 26 million inhabitants, is forced to manage its urban growth, are not the same as those of Port Blair, with a decreasing population (around 110,000 inhabitants), which needs to attract young talent to prevent various generations from disappearing.

However, many cities have similar characteristics. In India, there are 46 cities with over one million inhabitants, according to its population census office —not updated since 2011, 2015 and 2017 depending on the city, i.e., this figure could be much higher—, practically all with an accelerated expansion and with the same growth issues: lack of basic supplies and insufficient infrastructures for existing inhabitants.

Pros and cons of the smart city project

“Cities grow upward or outward”, says the acclaimed Edward Glaeser in ‘Triumph of the City’. India has been growing outward for almost 50 years. And this poses another problem if this is done without any basic conditions of hygiene and public services such as public transport, hospitals or sewers.

For many of these cities, points 1 to 3 of the Smart Cities Mission’s list of rules (remember: adequate water supply, assured electricity supply and building sanitation systems), require demolishing a large number of peripheral neighborhoods with low-rise houses, with the aim of providing the area with basic services and building upward.

Demolishing buildings is not an easy decision to make, but it has been an essential point for the growth, sustainability and hygiene of cities throughout history. Cities such as Paris did so between 1852 and 1870, with its Haussmannian projects, in Barcelona the Eixample del Plan Cerdá of 1860 and in New York thousands of buildings were ‘removed’ in 1920 to make way for skyscrapers.

The Smart Cities Mission project is, without doubt, a challenge of epic proportions which, as was the case with other countries, will undoubtedly make a few mistakes along the way. However, it is an absolutely essential urban renewal plan in order to meet the Sustainable Development Goals and which can also learn from previous knowledge generated by other cities throughout the transformations that have lasted years.