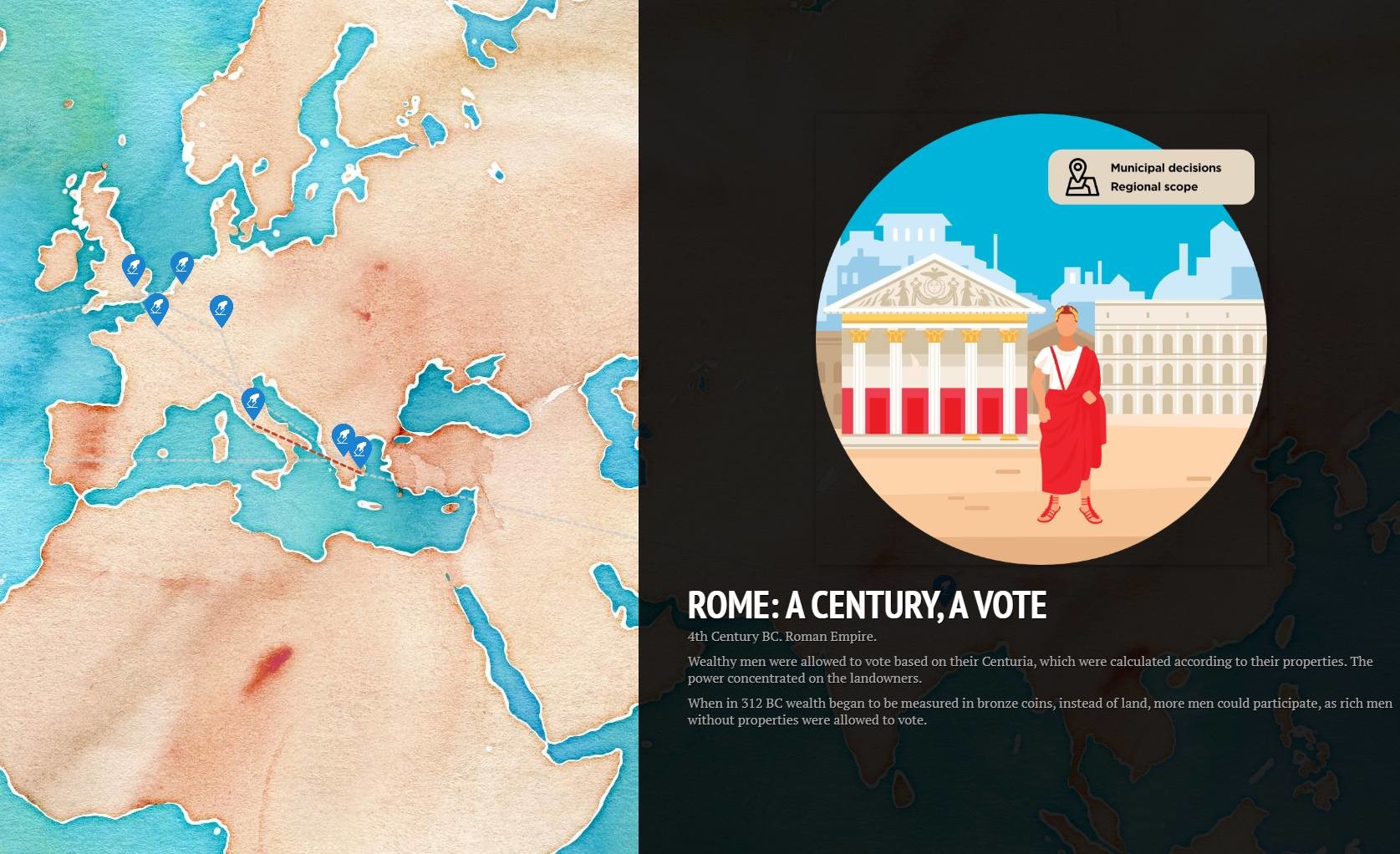 Open governments, those in which citizenry can access the documents and proceedings of the government, be it at local or state level, are one of the basis for the improvement of democracy. A form of government that is relatively new, although it has truly ancient origins.

More than 24 centuries ago, the Maurya Empire, in the India subcontinent, managed its cities using a complex system that allowed for the vote of the richest citizens, backed by a hereditary monarchy. A number of councils decided on issues such as road maintenance, trade, licenses and even tourism.

Athens: A man, a vote

Greek democracy is widely considered the origin of current democratic regimes with its one man, one vote system. Literally.__ Women couldn't vote, and the same was also true for slaves,__ despite making a huge part of the population during the era. According to classical literature, each free man owned at least one slave.

From Rome to Paris: democracy, but just for the rich

The Roman participative system allowed rich men to vote according to their centuria or land ownership. Later, wealth would be measured in bronze coins. The notion of rich citizens being the only ones allowed to participate in decision-making would survive well into the British and French empires, which allowed for some kind of democratic representation of the elites.

In 1795 France decrees that vote must be secret. The voter doesn't have to voice its political opinions and desires. Later, in 1822, the First Hellenic Republic would allow one vote for each man. Just a few years after the fact, the United States would recognize the right of women to vote.

Nowadays, citizens are looking into ways to increase their participation. Open governments are seen as more transparent and collaborative, allowing for participative budgets and popular initiatives in order to improve decision-making.