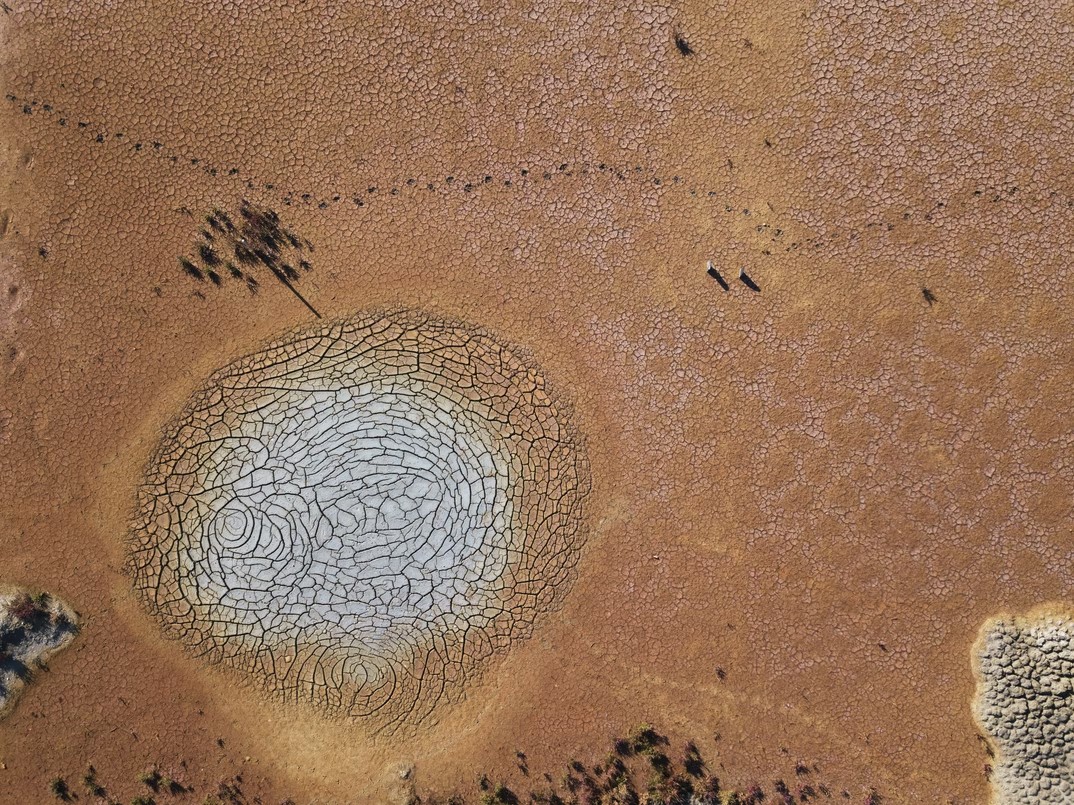 Land degradation and climate change are speeding up the planet desertification process. What is this phenomenon and what regions is it affecting? What are the causes?

Desertification is a land degradation phenomenon in arid, semi-arid and dry sub-humid areas resulting from various factors including climatic variations and human activity. This degradation includes loss of fertile soil, together with the loss, to different extents, of the production potential.

Although there are hundreds of definitions, two are widely accepted at a global level, that of the Princeton University Dictionary:

"The process of fertile land transforming into desert typically as a result of deforestation, drought or improper/inappropriate agriculture"

and that of the United Nations Convention to Combat Desertification (UNCCD):

Desertification occurs as a result of an imbalance between what ecosystems can produce and what is extracted from them by humans.

Deforestation and tree cover loss due to human activity is one of the main causes of desertification today. Soil degradation and aquifer over-exploitation, farming beyond the land's maximum capacity and overgrazing are also significant factors.

The hydric stress that numerous regions are suffering due to climate change caused by human activity, is driving desertification and this is becoming more significant with each decade.

Map of risk of desertification

Historically, the Mediterranean region, the Mesopotamian valley and the Chinese Loess Plateau, have been three major areas extremely vulnerable to desertification, due mainly to an excessively dense population. However, it is nothing compared to the current situation.

If the first map shows soil degradation due to human activities classified by the ISRIC, the UNEP and the FAO with figures from 1996, the second, from 1998, indicates desertification vulnerability and was conducted by the U.S. Agriculture Department. 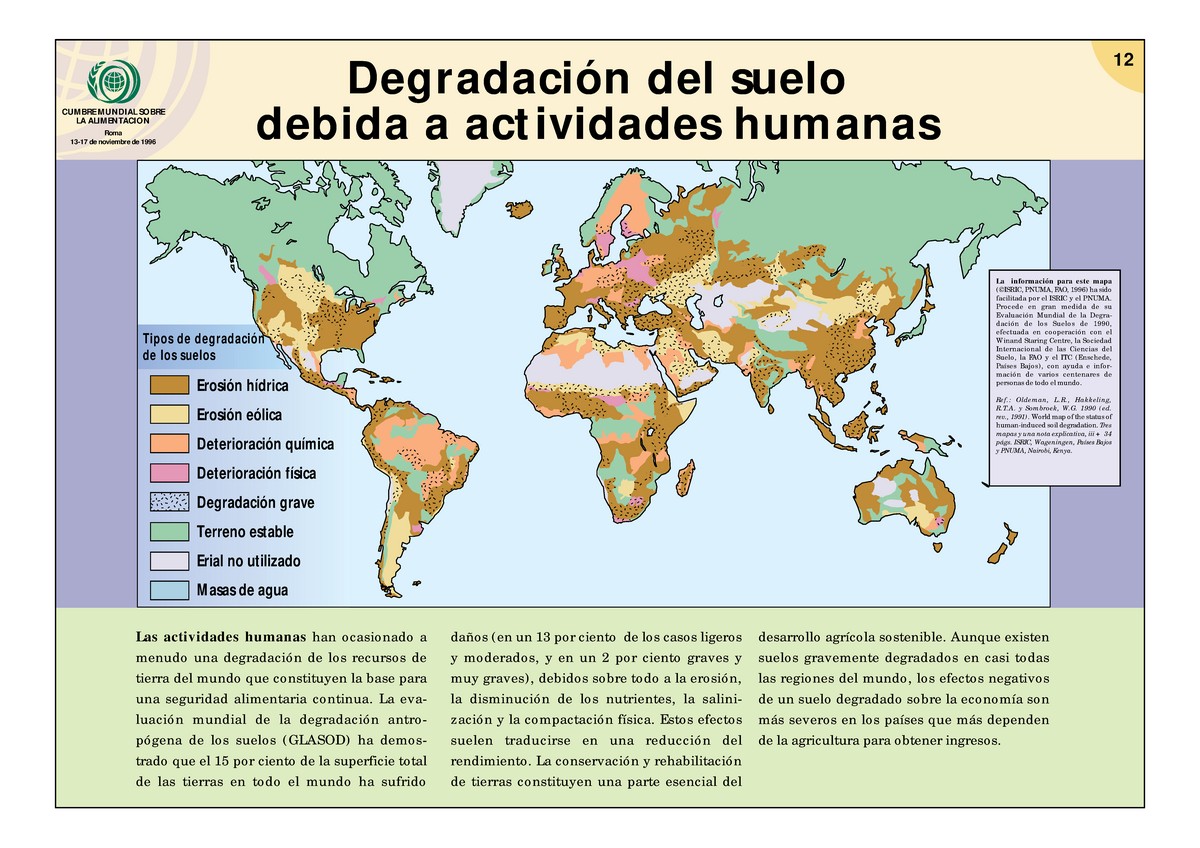 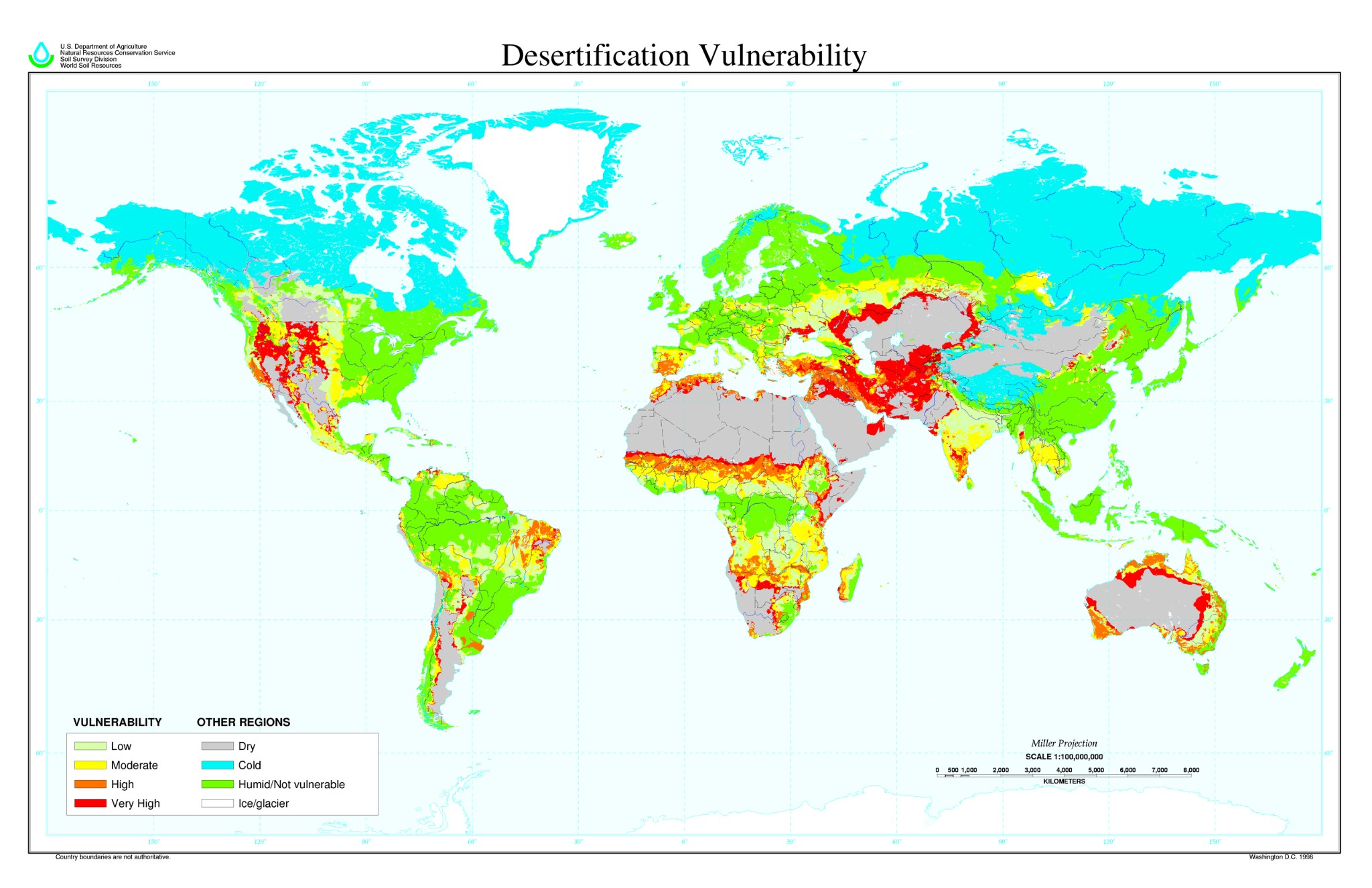 Unfortunately, when the global aridity indexes were published after studying the 1981-2010 period, the affected areas were shown to have grown. And they are still doing so, like a fire devouring the map.

Cities and communities at risk of desertification

In Europe, Spain is the country most at risk of desertification. More than 75% of its territory is already in this category, and the figure rises every decade, with one fifth of the country infertile and already suffering from desertification. The province of Almeria and its capital with the same name, are the regions most affected by exploitation.

In America, the west coast is severely affected. Cities such as Las Vegas, Albuquerque, Chihuahua, El Salvador or El Calafate are extremely affected and they have probably reached a point of no return. Eastern Brazil has also suffered serious damage, partly due to felling.

One of the most affected continents is Africa. In the Sahel Desert droughts are becoming increasingly common and it is moving south, eroding cities such as Kiffa, Timbuktu, Niamey, N'Djamena, Dilling or Burao. In turn, the desert that covers South Africa, Namibia and Botswana is growing.

In Asia, the drought has reached Kazakhstan and Mongolia, spreading like a cancer through Tibet. Countries like China have managed to hold back the desert to certain extent through mass plantations. Although it is increasingly difficult to stop the desertification in Chengdu or Peking.

However, the continent most seriously affected is probably Australia. If just a few decades ago its land area was at risk, today only a tiny strip of coastline is withstanding desertification.