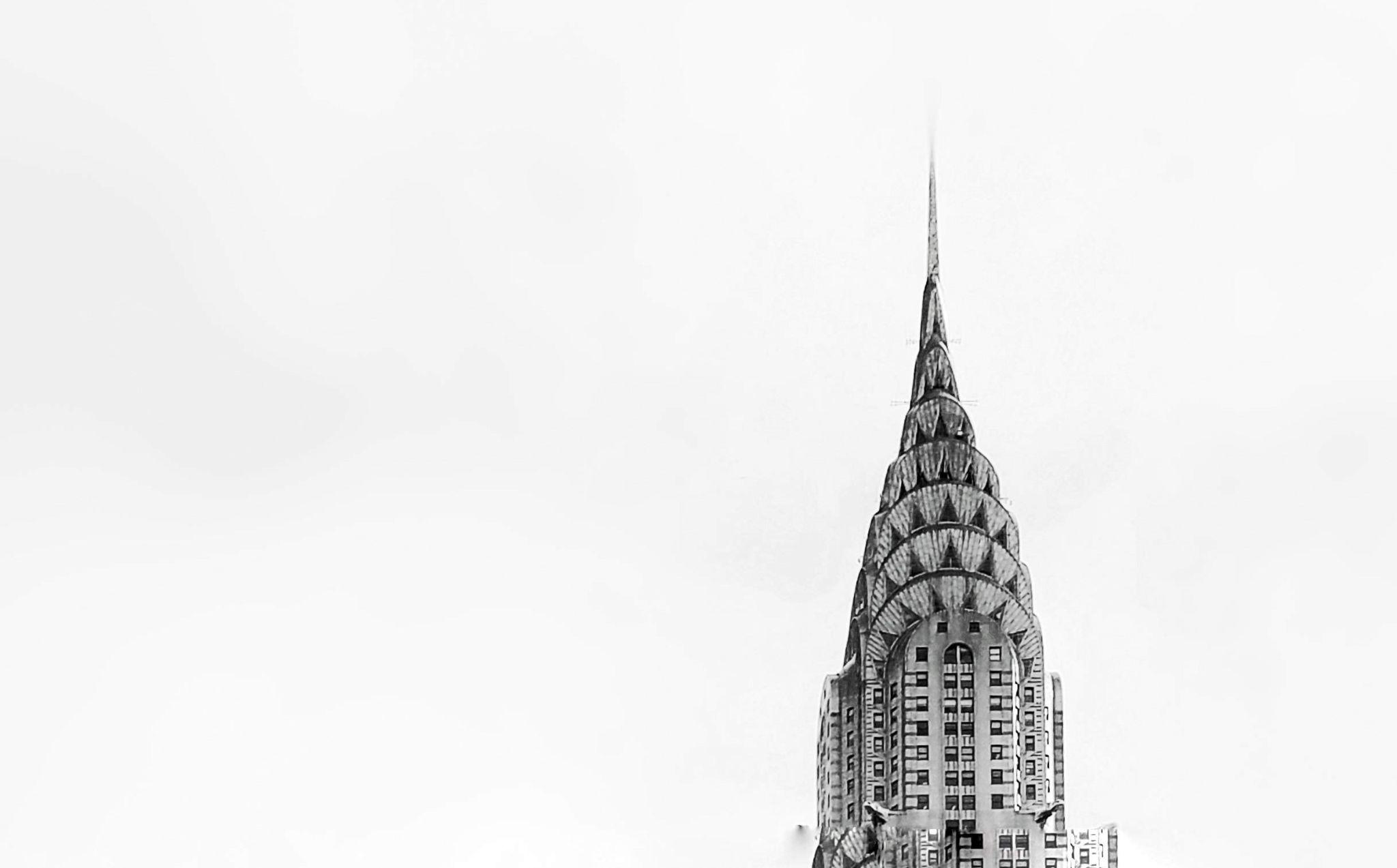 Architecture often reflects human ambition, particularly when referring to skyscrapers. The Chrysler Building, one of New York City's most iconic art deco-style buildings, reflects the personality of the tycoon Walter Percy Chrysler, but it also takes us back to a very specific moment in the history of New York: the roaring twenties.

History of the Chrysler Building

The Chrysler Building was the idea of the automobile tycoon Walter Percy Chrysler who, following the trend that began decades before, decided to express the splendor of his company through architecture. In 1928, when the construction of the building began and which would last two years, the American automobile sector was living its most golden years.

Interestingly, in early 1929, New York experienced what was known as the "Race to the Sky", a competition between real estate developers across Manhattan to be the first to conquer the New York skyline with the tallest building. During its construction, its famous spiral was hidden inside it so that its final height would be kept secret from its competitors.

Standing 319 meters tall, the Chrysler Building held the record for being the tallest skyscraper in the city for just eleven months, until it was overtaken by the Empire State Building in 1931.

The Chrysler Building, the jewel in the Manhattan sky 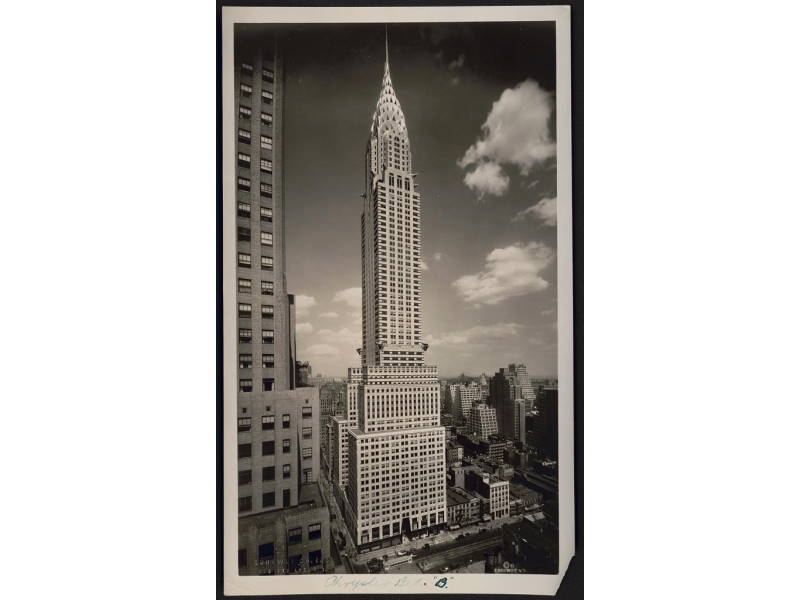 The skyscraper is located on the East Side of Manhattan in New York City, at the intersection of 42nd Street and Lexington Avenue.

This neighborhood was not the fashionable area we know today. When Walter P. Chrysler decided to build his company's headquarters, he wanted to revitalize a district that was not living up to its potential. The area surrounding the Grand Central Terminal railway station, which is located one block away from the Chrysler Building, promised to be a budding commercial neighborhood, but it failed in its attempt to achieve it.

Chrysler believed that if he could build his skyscraper, the city center would be able to fulfil its true potential. He was so committed to this goal that he rejected William van Alen's original design because it was not "opulent enough".

During its long history, the Chrysler Building was the headquarters of the Chrysler company until the mid-1950s and it soon became an icon and was declared a National Historic Landmark in 1976.

Design: Art Deco with subtle nods to the automobile

Van Alen was finally chosen to be the architect behind the Chrysler Building. The New York architect had studied at the Paris "École des Beaux-Arts" and was therefore very familiar with the style of the time, Art Deco, symbolizing progress and innovation.

The most characteristic elements of its facade are the intricate geometric patterns and a tribute to the sun expressed with rays of sun crowning the building.

The gargoyles and eagles on the facade imitate the adornments on the Chrysler hoods. In fact, the design includes numerous features that are reminiscent of Chrysler's automobile design. For example, the decorative elements on the corners of floor 31 were made to look like the radiator caps from Chrysler's 1929 automobile model. 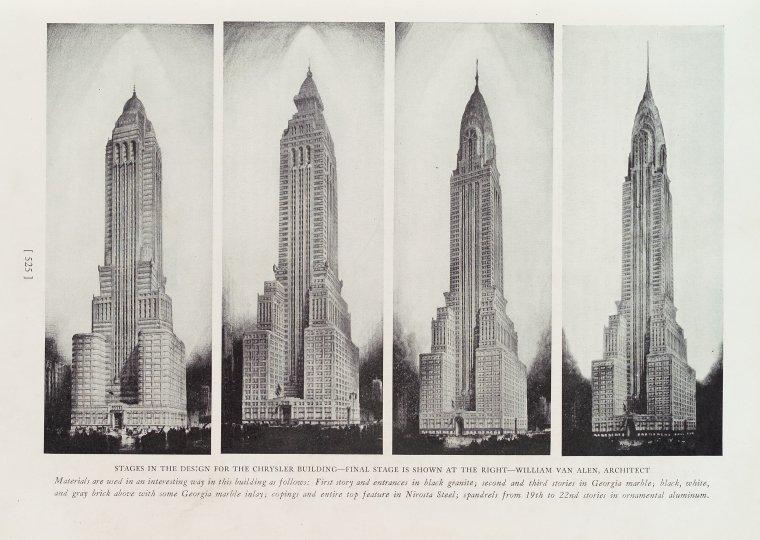 The 77-story skyscraper is built mainly using steel and bricks, with approximately three million bricks placed by hand on the walls of the building with 391,881 fastening rivets. Another impressive figure are its windows, 3,862 on its facade alone.

Like all skyscrapers, the building has a steel interior and concrete walls that insulate, but are not required to support the building. The interior core houses the elevator and mechanical systems, while the outside core has office space.

The Chrysler Building is also known and recognized by its crown. Van Alen's design of the crown is a cruciform groin vault constructed into seven concentric members with transitioning setbacks, mounted up one behind another.

The stainless-steel cladding is ribbed and riveted in a radiating sunburst pattern with many triangular vaulted windows, transitioning into smaller segments of the seven narrow setbacks of the facade of the terraced crown. The entire crown is clad with silvery "Enduro KA-2" metal, an austenitic stainless steel.

The building was constructed at a speed of four floors per week.

The records the Chrysler Building managed to beat

The first to exceed 300 meters

Although it was clear at the time that the building would not retain the title of the tallest building in the world for very long, it is still the first to go beyond 300 meters in height.

It was the world's tallest structure

The tallest building constructed with bricks

Despite its age, it is still the tallest brick building in the world with a steel framework, standing 282 meters tall (without its crown)

Visits to the Chrysler Building 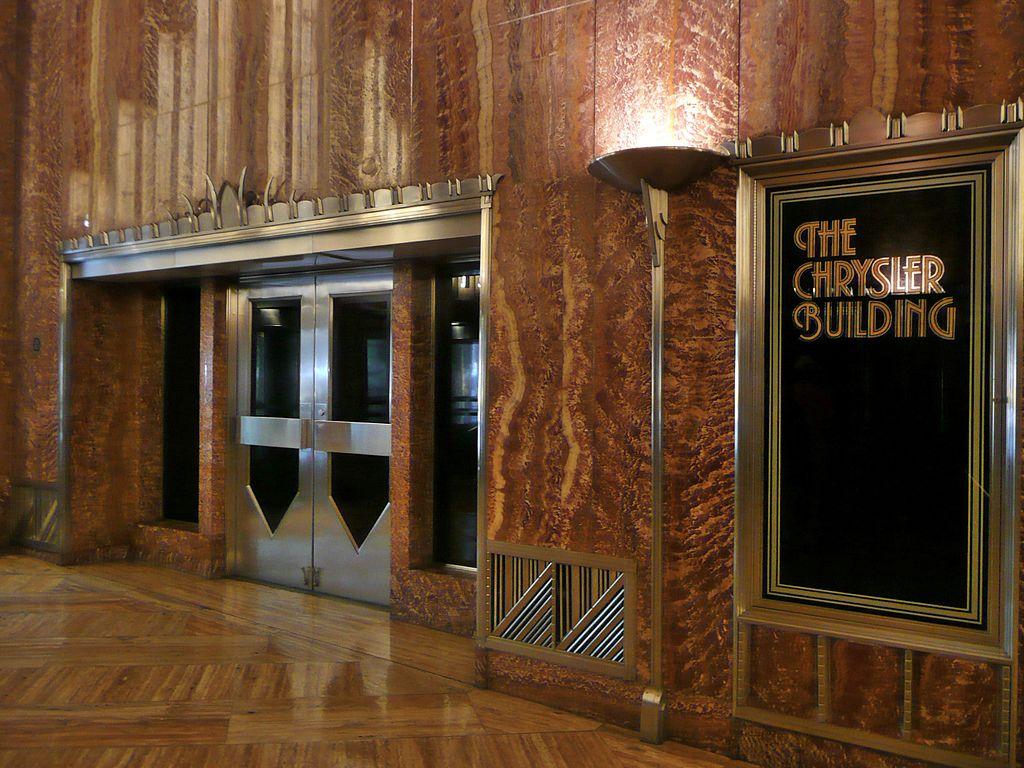 Although the Chrysler Building cannot be visited, the main lobby is open to the public from 8 am to 6 pm Monday through Friday, where they can admire the fantastic Art Deco design.

The magnificent ceiling mural which greets visitors is a true tribute to the age of industry and innovation in which the Chrysler Building came to be. The deco triangles and chrome detailing tell the tale of the men and women who turned America into an economic powerhouse.

The Spirit of Saint Louis, the plane in which Charles Lindbergh made his heroic first nonstop transatlantic flight streaks across the sky. The absurdly-pricey African marble that covers everything else creates an atmosphere of inspiration and grandeur and leaves no doubt as to the pedigree of Walter P. Chrysler.