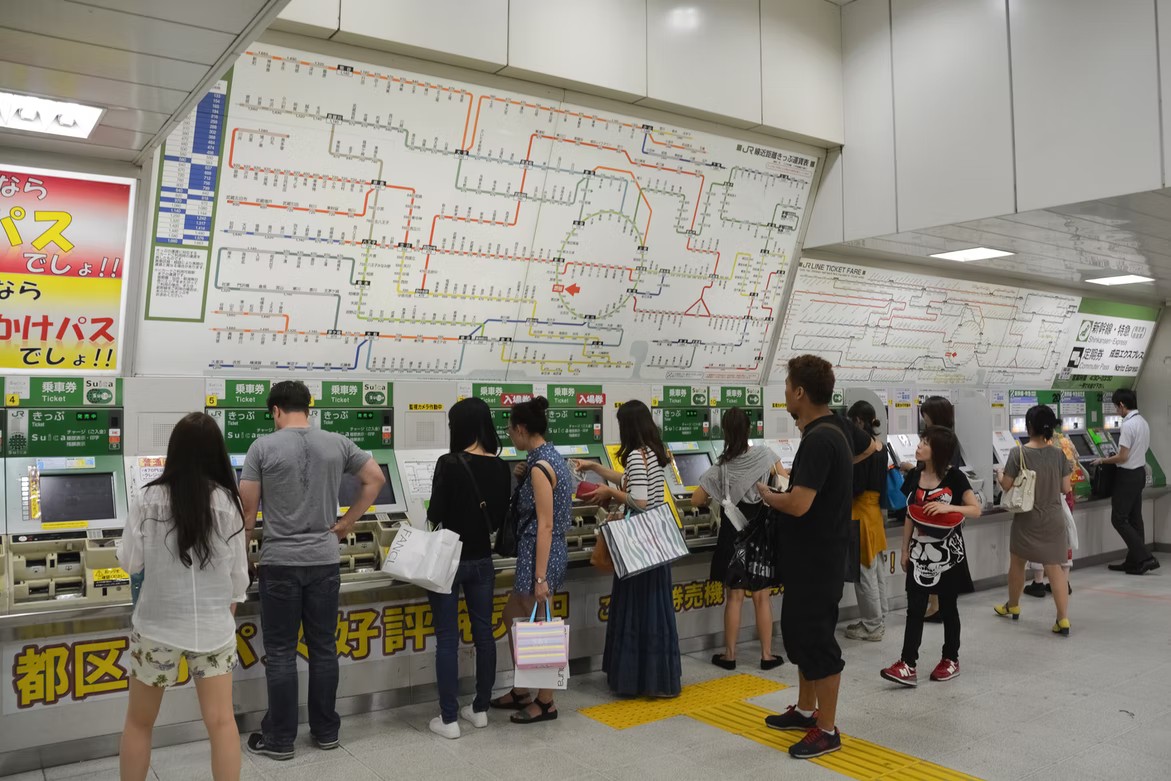 The Tokyo Metropolis, capital of Japan, is a city with a population of approximately 14 million. Every day, millions of citizens leave their homes to go to work, take their children to school or go shopping. Tokyo's public transport system, and particularly its subway, is a key part of this daily feat. How does Tokyo manage all these people on the move every day?

The Japanese railway system is so efficient and so optimized that, on May 11, 2018, West Japan Railways issued an official apology to passengers for its "truly inexcusable" mistake of one of its trains leaving the station 25 seconds ahead of the scheduled departure time. That is how incredible and accurate the Japanese public transport system is.

Japan is one of the world's most advanced societies. So much so that travelling in Japan is mainly by train and is "Steadily shifting away from private transportation", according to the country's recent mobility reports.

The most popular form of transportation is rail transport, as shown in the following section. This form of transport includes the subway and trams (urban), mid- (peri-urban) and long-distance (interurban) trains. But this has not always been the case.

At the end of the past century, Japan was suffering, as a rich society, from urban dispersion caused by cars. In fact, the island still has over 50,000 km of national roads. However, even back then, the country was trying to transform its transport sector to railways, and an event marked the change.

The Great East Japan Earthquake on March 11, 2011, led to a general shortage of fossil fuels. As people were unable to use their cars, they quickly turned to rail transport, which had a much lower impact. And it is still the preferred form of transport today.

Japan, with a focus on major cities such as Tokyo, used the earthquake in the same way as the Parisians have used the pandemic to create their 15-minute city. So when the supply lines were up and running again, the people of Japan had moved to mass public and electrified mobility: rail transport.

What is the most used form of transport in Japan?

As shown in the Mobilität für Menschen (Mobility for People) graph below, reflecting the variations in Japan's major forms of transport for commuting as a result of the COVID-19 pandemic, public transport is still the most used method of transport. Although the cities also have buses, the public method of transport of choice is the railway system, particularly in Tokyo, Kyoto, Hiroshima or Sapporo. 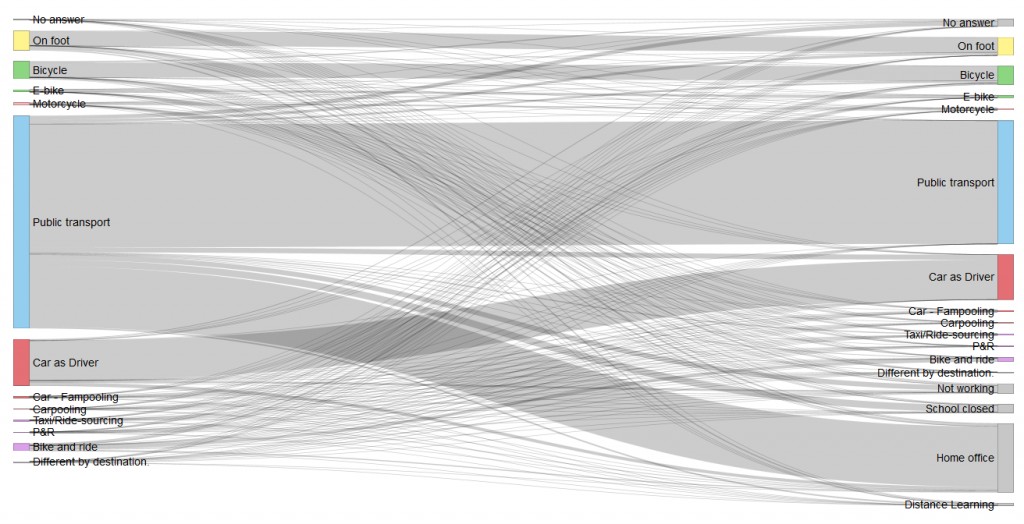 For a few months, the pandemic significantly reduced ridership across public transport networks (including trains or buses) due to fear of infection. However, they were soon confirmed to be safe spaces ---in fact, if PM or other particulates are taken into account, car interiors are not safe--- and people soon returned to this form of transport. It is a cheap and convenient means of transport. 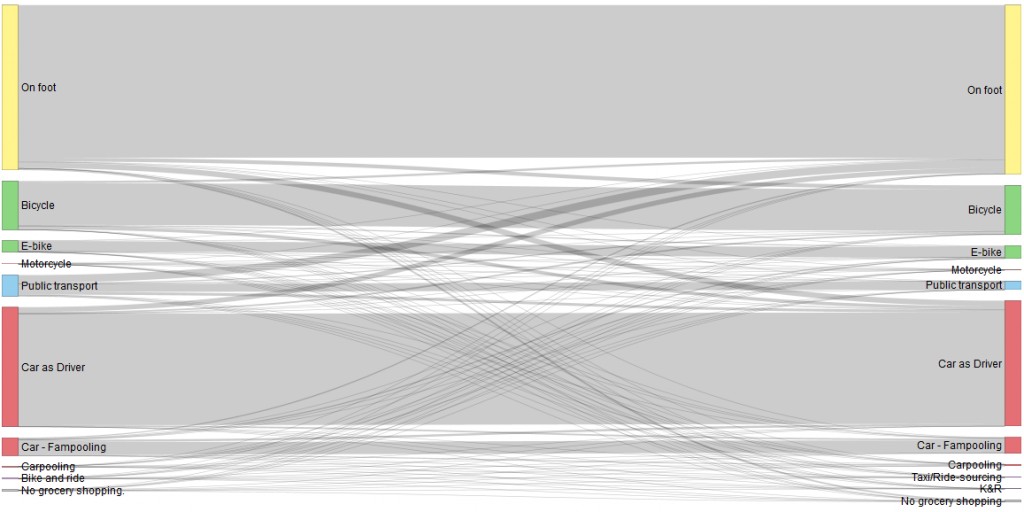 How is transport organized in Tokyo?

Tokyo's railway system carries around 14 billion passengers each year and it is a key part of this great city's transport network. In fact, of the world's 20 busiest stations (all Japanese stations) 11 are in Japan. Shinjuku, Shibuya, Ikebukuro, Kita-Senju, Tokyo, Shinagawa, Takadanobaba, Shinbashi, Akihabara, Yurakucho-Hibiya and Meguro.

Shinjuku, the largest station in the world 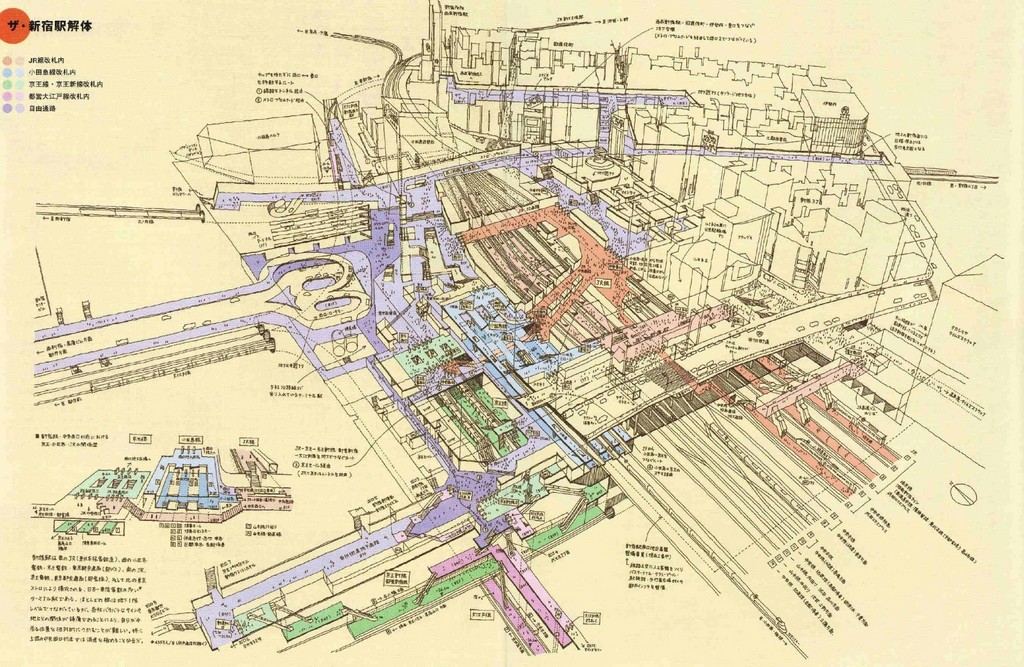 Shinjuku is the jewel of the crown not just for Japan, but for the whole world. Every day, around 3.5 million people pass through the station, with its 36 platforms serving three dozen lines, which include a subway, commuter trains and long-distance trains. With 200 different exits, this underground labyrinth employs thousands of people and requires its own map. The 3D map illustrates a design by Tomoyuki Tanaka.

This is how Japan's Subway is organized. 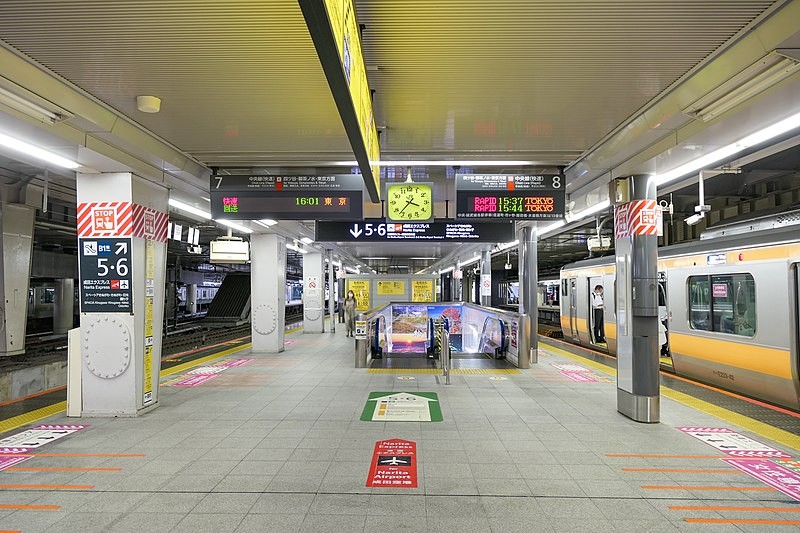 As in other cities of the world, Tokyo not only has a mid- and long-distance rail system, but also a subway system. Made up of 13 lines and 243 stations, the Tokyo Metro is famous for the vast amount of information it offers users to improve their journey.

For example, to prevent travelers from having to wander through the station or getting lost looking for exits, at each metro stop a diagram shows the most convenient coach based on the relevant station and the exit that passengers need to take. This enables passengers to reach their destination, and reduces the flow of people in the station. 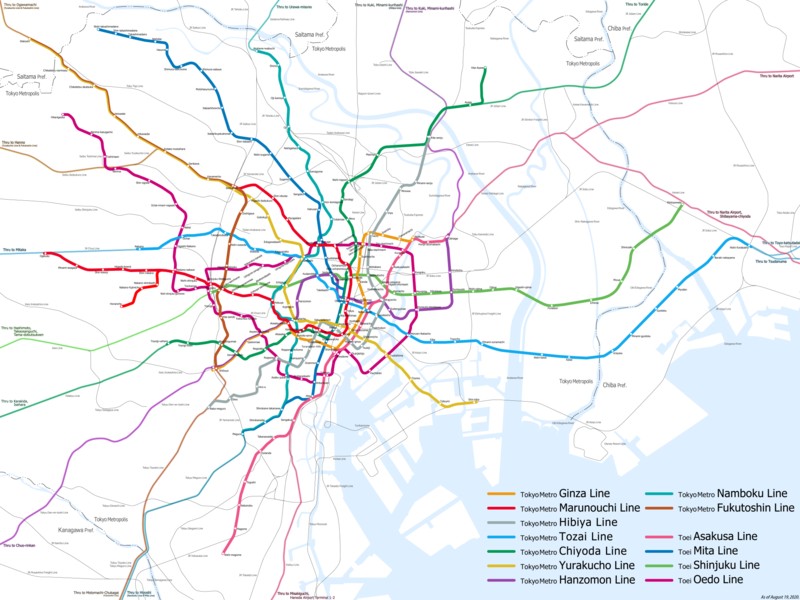 Furthermore, to help people board the right coach, all the Tokyo stations include floor signage indicating where users should be, depending on their destination. Of course, this includes leaving the aisle free for people to get off the train without issues.

The managers of this acclaimed subway network are so careful with every detail that instead of the traditional whistles heard in other parts of the world indicating that the doors are closing, in Tokyo they have been replaced by a melody: a different one for each station.

The Tokyo Subway Route Map is even intimidating for residents. Given its density, it is advisable to use mobility applications, such as Google Maps. However, one of the most used partially elevated train lines is the Yamanote line, which follows a 'circular' line throughout part of the city.

Yamanote is not part of the subway, instead it falls within the category of medium-distance elevated line. This line connects long-distance areas in Japan, together with subway lines, suburban lines, high-speed (Shinkansen) and long-distance lines. It is a critical infrastructure for Tokyo.

Cities around the world admire the engineering and infrastructure of this metropolis. Tokyo's public transport map has proven to be one of the best ways to build a city, given its low environmental impact, the enormous volume of people it transports and its low cost.