In the heart of Cornwall, located at the south-west tip of England, are five enormous whitish geodesic domes. The largest measures 55 meters high, 100 meters wide and 200 meters long. It looks like a galactic terraforming complex, only without leaving Earth.

The complex is called the Eden Project and, given its desire to connect humans with the natural world, it could also serve as a capsule for colonizing other worlds (like the Biosphere 2 project was in its day. And that is the aim of Eden: sustainable development and the conservation of the Earth's ecosystems.

What is the Eden Project?

The Eden Project is a complex made up of the two largest greenhouses in the world. Each of them is dedicated to a biome. That is, a large environment that includes all its biological and geological characteristics. There are two at Eden: a rainforest biome and a Mediterranean biome.

Furthermore, at Eden, visitors will also come across monumental structures that relate to that natural culture (or cult) and buildings designed for educational purposes. Unsurprisingly, the Eden Project was established as an educational charity organization in favor of environmental conservation.

Nevertheless, many do not know whether to classify the project as a smart nature reserve or an environmental theme park with an unbeatable excuse. Perhaps it has a bit of both.

Who is behind the Eden Project

The Eden Project was founded by Tim Smit, an archaeologist and music producer who, after working on the nineteenth century Lost Gardens of Heligan in the 1990s, redirected his career to what would be the ultimate project of his working life. The first designs of his project were drawn on a napkin in a pub. While getting together a team of environmental experts, the prestigious firm Grimshaw Architects designed the project. The complex was inaugurated on March 17, 2001.

Where is the Eden Project? 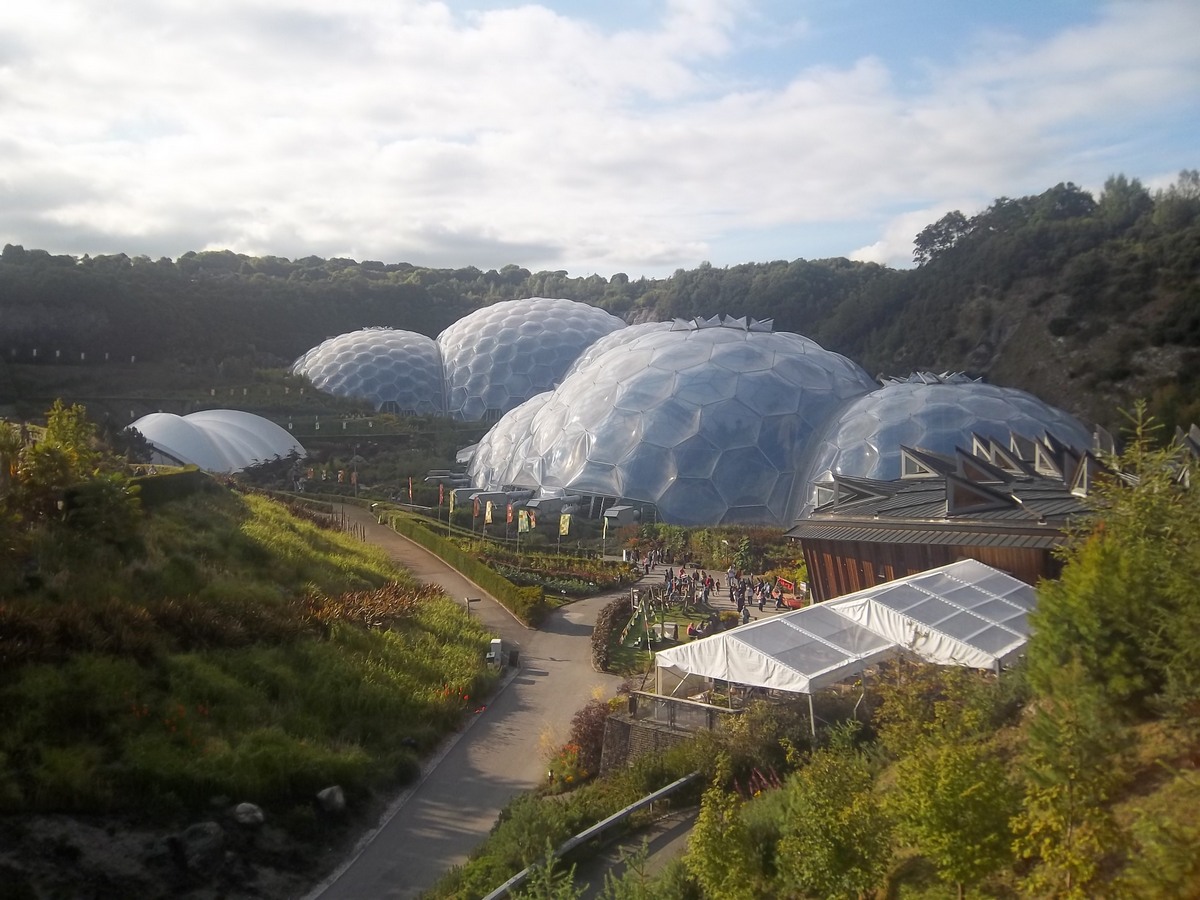 The chosen location was just two kilometers from the small town of St. Blazey and the larger St. Austell. Rather than choosing the location, the site captivated Smit. It was the old site of a disused China clay quarry, which created a lunar landscape lying on a bed of clay.

The site not only inspired Smit, but also his team. During the initial months of construction work it rained every day, flooding the old mine. The engineers in charge saw the opportunity to design an underground drainage system to reuse the water, contributing to the conservation of the ecosystems. Half of the water used by Eden comes from this system.

How was Project Eden built?

The adaptation of the old quarry meant that over 50 hectares of land had to be moved around to make way for Tim Smit's dream. Over 85,000 tons of land were required to fill the site. More than 46,000 poles form the structures for the domes, earning an entry in the Guinness Book of Records or using the most scaffolding.

The material used to build the domes, ethylene-tetrafluoroethylene, is another nod to space, as it was designed because of its aerospace resistance. It withstands extreme temperatures, corrosion and it is lighter than glass.

How much vegetation is there in Project Eden?

Inside the geodesic domes is an idyllic setting where, on the one hand, tropical ecosystems from Africa, South America and Asia converge and, on the other, there are unique plants typical of a Mediterranean landscape, not just from the areas along this sea, but also from California and Western Australia. There are over 3,000 different species of plants.

Apart from foreign varieties, Eden has also focused on the conservation of the country's native flora, taking advantage of the relationships between species.

What is the purpose of a sustainable city? 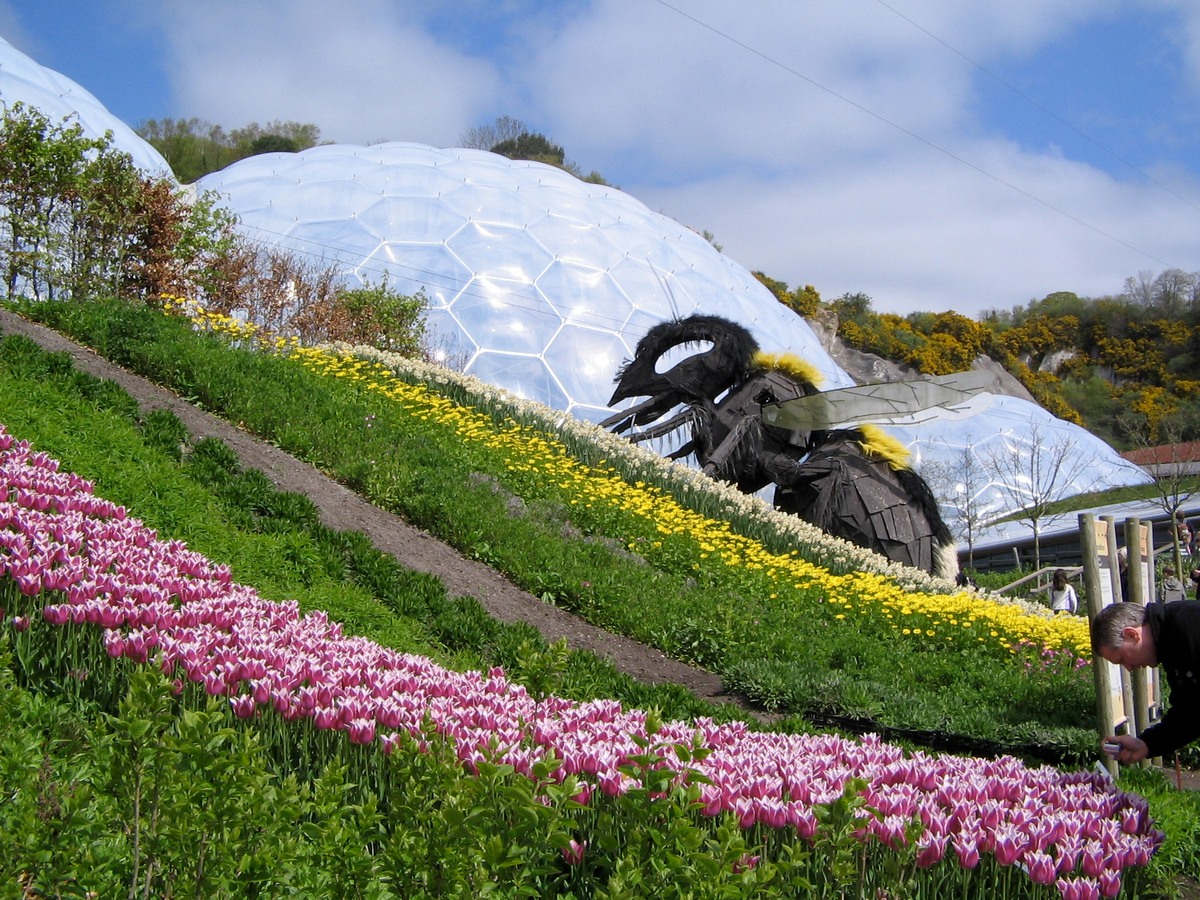 The main goal of the Eden Project is not only conservation and developing awareness and understanding, but also to explore the way in which human footsteps can be integrated in the different ecosystems without environmental risks.

Therefore, in terms of plants, research is conducted exploring the use of crops for food, medicinal, energy and construction purposes.

Restoring the bond with nature

Smit helps us understand the environmental bond sought by the project. "The Eden Project had to recover that feeling of amazement that Doctor Livingstone must have felt when he first discovered the Victoria Falls. If we want to attract people to nature and get children on board to save the planet, the best we can do is encourage a sense of adventure in them." 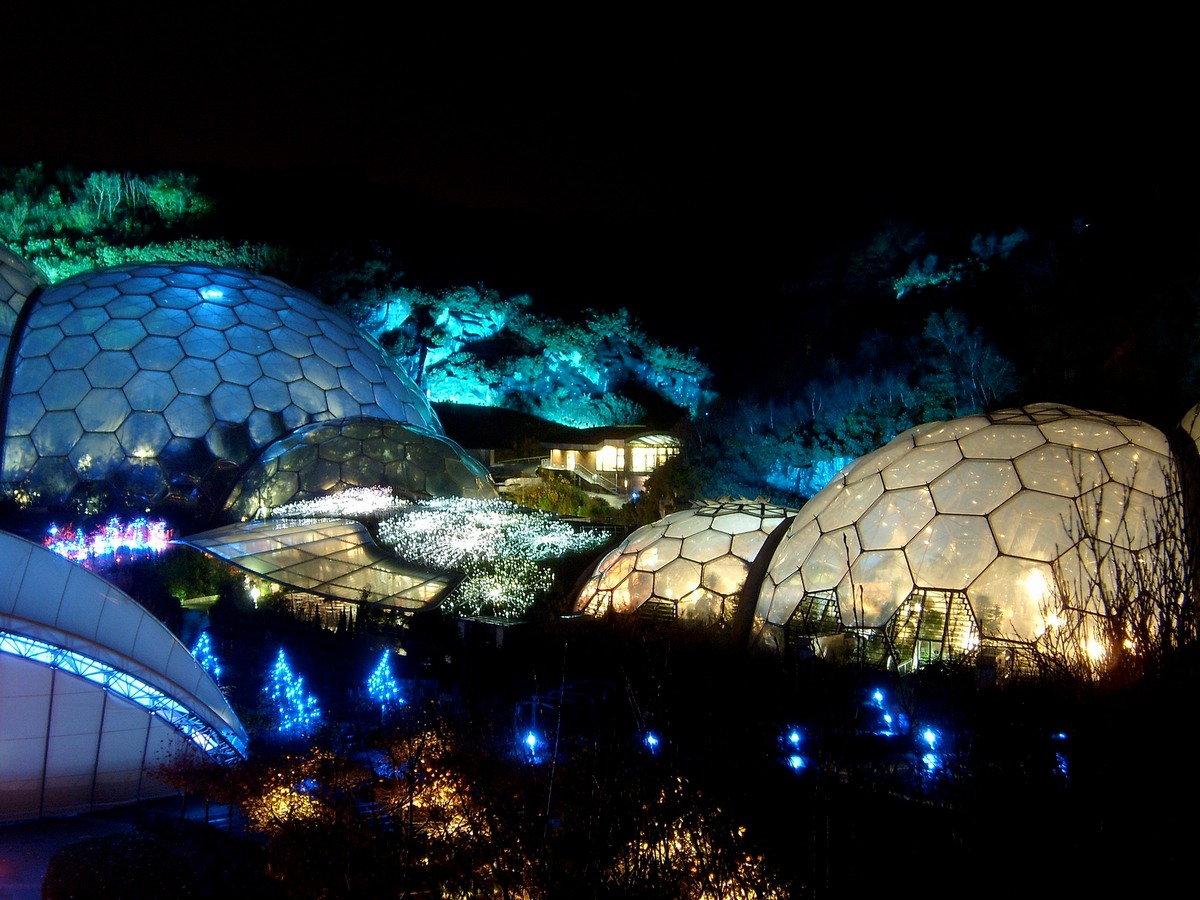 This vision has enabled the Eden Project to have a significant impact on education in the United Kingdom. It not only receives 50,000 students each year, but researchers are collaborating with teachers across the country in preparing the educational curriculum.

This activity has its headquarters in the Core building, erected in 2005 but already taking into account some of the most current sustainability requirements of today in its original design.

The complex has been improving over the years since 2001. If the astonishment and respect for nature was their original inspiration during their initial years, time has led those behind the Eden Project to focus their efforts on sustainability.

An example of this are the energy solutions that Eden has incorporated, based on renewable sources. The most recent initiative in this regard is the construction of a geothermal power plant, backed by the regional government and the European Union.

The project aims to take advantage of the higher temperatures found deep underground. Work is being carried out on the installation of a circuit that pumps cold water injected into a borehole back up to the surface at about 180°C. This would then be used to make electricity.

How much did the Eden Project cost?

The initial cost of Eden exceeded £140 million. This was the amount funded by national and international agencies such as the Millennium Commission, funds from the European Union, the South West England Regional Development Agency. The National Lottery also funded the project.

After this first economic boost, the project seems to be proving to be economically viable. Its managers recognize that between £1.5 and £2 million are required each year in maintenance costs. This amount is equivalent to the income obtained from the tickets sold to one million visitors in 2019. These accounts have generated a bit of controversy in recent years, given the high salaries of some senior staff.

Would it be productive to create an Eden Project in other places? 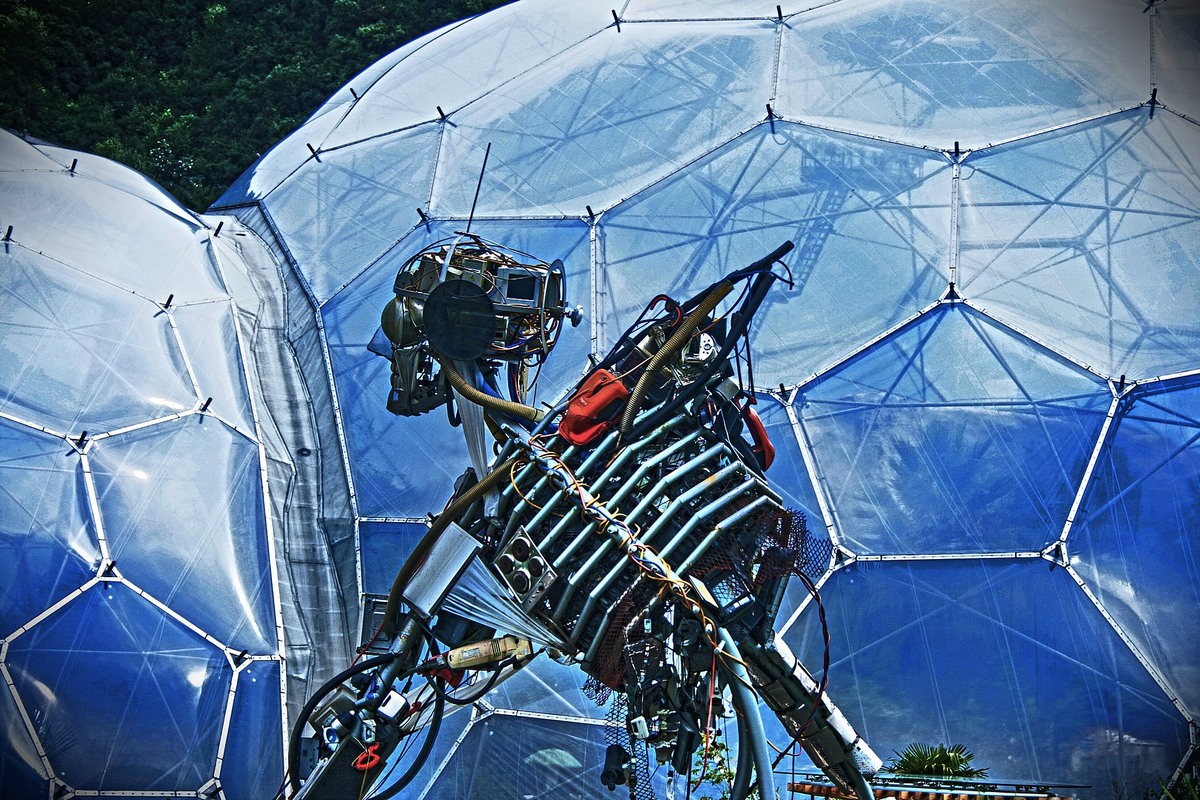 Is it worth emulating this project in other parts of the world? What could it provide in terms of sustainability? In reality, there are more than ten Eden Projects planned across the United Kingdom and other countries including the United States, China, Australia or Chad.

However, just how beneficial would these replicas be? We cannot forget that the Eden Project is not a structural stimulation for urban dynamics, but rather a showcase.

It is a reminder of the importance of harmony in human-nature interactions, but it also invites us to try its 600-meter zip-line, it was the iconic location for a James Bond movie and has hosted music festivals and concerts. There are currently plans for a 109-room hotel to be built.

All of this is quite positive from a productive point of view, but it provides little towards the original idea of the conservation of ecosystems.