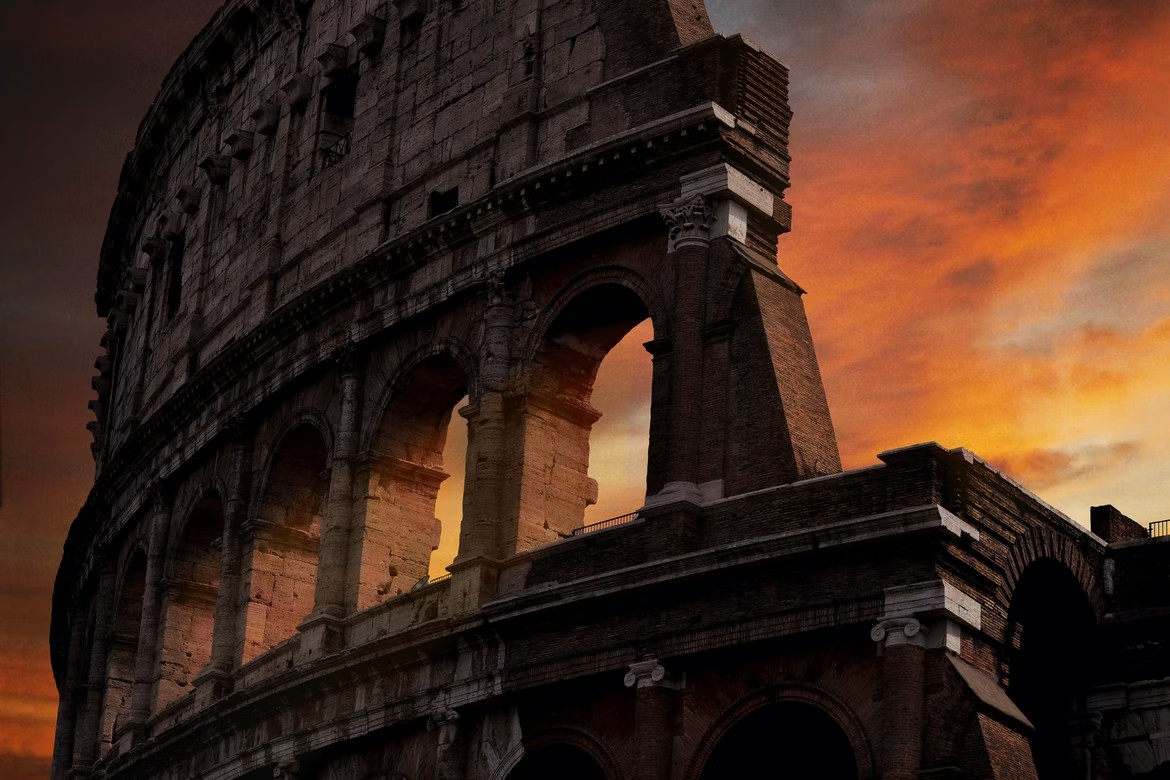 The Colosseum is an iconic site of Imperial Rome given its status as one of the best preserved buildings of its era. Although not the largest, or the most relevant of the Empire, the Flavian Amphitheatre is the building that we all remember in Rome. Was it important in its time? What did it mean for the city's urban landscape?

There is no doubt that its extraordinary construction made it the epitome of classical Roman architecture and of the foundation of the city as the central part of the Empire. What is now an emblematic and historic building, was in its day full of life, sweat and blood, fluids that defined entertainment during its era. That was what the Colosseum was like, a building that keeps putting on a show thousands of years later.

Entertaining the city with a million residents

During the first century, Rome was a city with more than one million residents on a planet with just over 200 million people. No other city in the world had concentrated such a vast percentage of the human population, and an environment like that needs entertainment.

With a capacity of 65,000 people, thanks to its eight rows of seats in the form of stands, for centuries under the shade of awnings, the Flavian Amphitheatre was built to put on public shows for as many people as possible. It was, literally, Vespasian's gift to the people. A form of bribery given the excesses of the political leaders.

As they grow, the world's cities gradually gain the capacity to create new infrastructures thanks to human concentration. If with just a few families a tavern can be opened and a school once there are more than a thousand people, the Colosseum, preceded by the Amphitheatre of Statilius Taurus, which was destroyed by a fire, was proof that the city had entered a new phase. 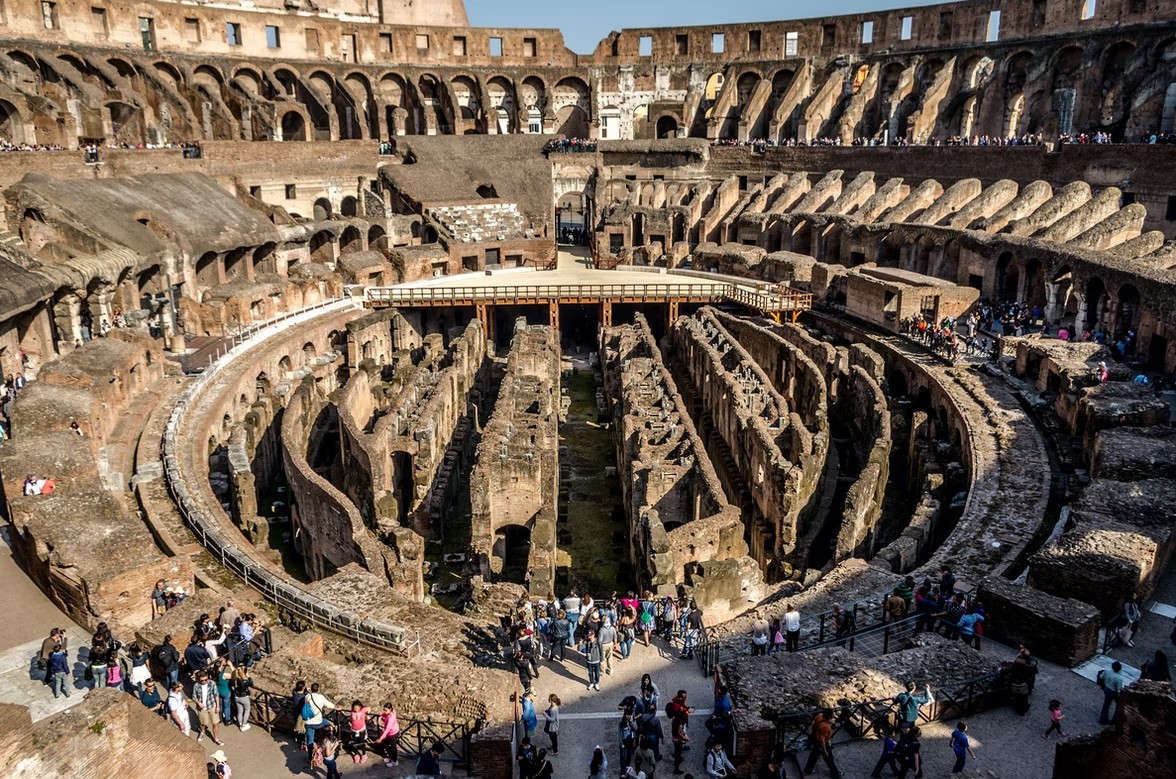 As is the case today, often public works in Rome were conducted for self-promotion and propaganda purposes. The Colosseum is a typical example of this. Its central privileged position in the heart of the city, instead of on the outskirts, which would have been more common, is proof of this.

Furthermore, its inauguration lasted 100 days and 9,000 'beasts' were killed (animal cruelty was a valid spectacle at the time), and bread and circuses (panem et circenses) were guaranteed for various centuries. It was not cheap to entertain the city of one million residents, but the building managed this and more. But it also managed to attract workers, talent and capital.

The Colosseum , the building that became the driving force of the entertainment industry

One of the most forgotten aspects of the Colosseum is its capacity to retain professions and promote new disciplines in a way that is not too different to the way in which today industrial infrastructures are built in a specific place and this begins to attract talent. The Colosseum became a mandatory pilgrimage point for all types of professions.

The first major industry to bloom around the building was that of the gladiators, who were not always slaves and did not always fight to the death (sometimes it was pure theatre), who literally surrounded the building with their own constructions. Gladiator schools soon covered part of that area of the city and with them numerous foundries, textile industries and carpenter's workshops.

The Colosseum mobilized many different industries including nautical industries or tamers. 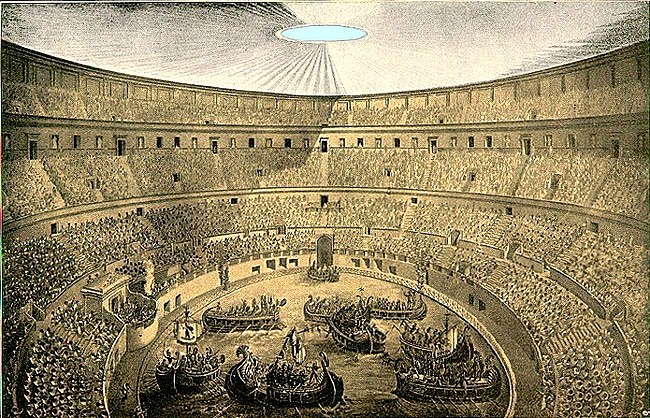 During the first decades, before the basements were built, the Flavian Amphitheatre hosted one of its greatest shows: naumachia. The Colosseum was flooded with water and a number of vessels simulated or fought naval battles inside the grounds. Right in the center of the city ships were built and repaired to enter battle or nautical fighters trained.

Another great pillar of the Colosseum were the beasts. It attracted all types of businesses to the area, from hunters to tamers, including slaves and gladiators, whose only task was to fight (venators) ---or pretend to fight (actors)--- against elephants, bulls, rhinos, bears, tigers or lions. At one particular time, the arena held one hundred lions, one hundred African leopards, one hundred Syrian leopards and three hundred bears. It is a difficult achievement, even today.

The Colosseum as a quarry for other buildings

Building the Colosseum required eight years of arduous work, between 70 AD and 80 AD. And luckily its construction was modular, which made it slightly easier. With floors supported by semi-circular arches, this amphitheater did not use any slopes for its stands, as was common. Instead, columns and pillars supported the weight allowing ample space below the stands.

This space was not just used to move thousands of people ---beneath the Colosseum there are kilometers of corridors--- but also to deploy the day-to-day management of the shows. Fighters, gladiators, trapeze artists, beasts or large loads for the shows were transported through its galleries. Until it all stopped. After five centuries, the Roman Empire fell, and the Byzantine Empire used the building during the sixth century and soon it was used as a quarry. 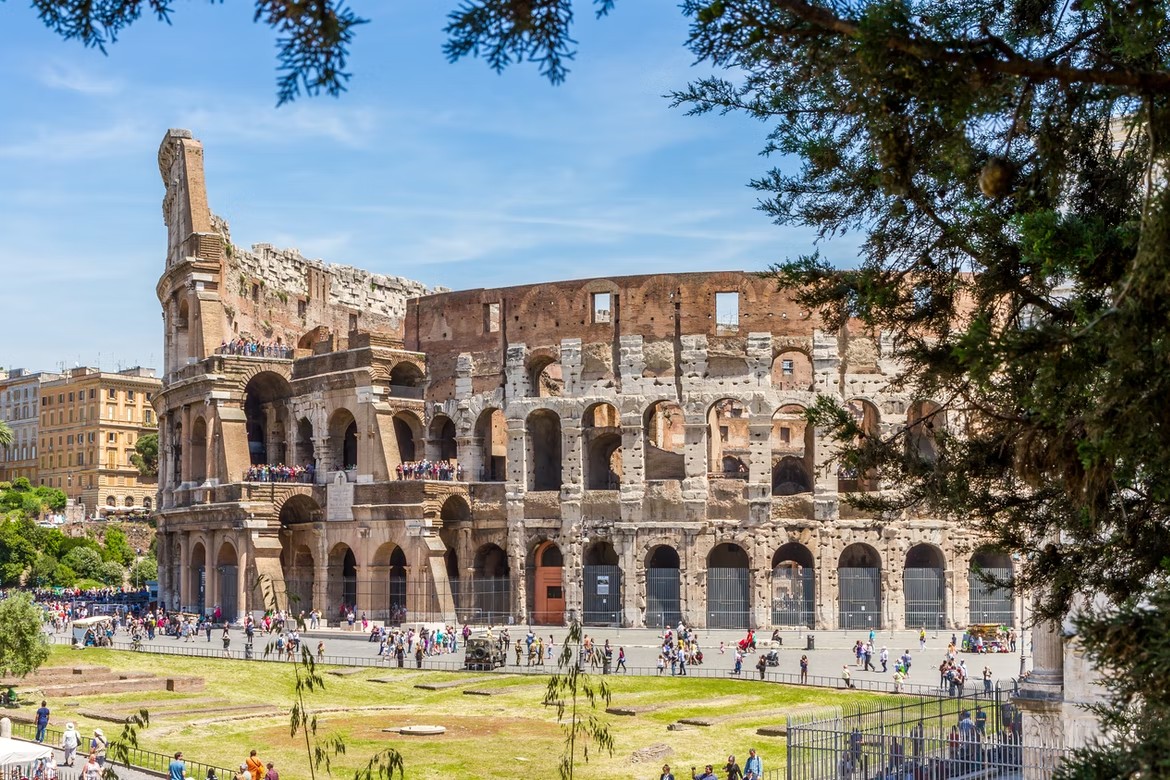 The cannibalization of Roman infrastructures was very frequent during the dark centuries. Roman roads were pulled up to be replaced by enclosures, the stone from temples formed churches and the Colosseum began to collapse as construction elements were needed for other buildings. And sometimes to obtain other materials.

A relatively unknown aspect that destroyed the building was the manufacture of quicklime. It was easier to destroy the marble facade, crush its plates and burn them to make quicklime than travelling dozens of kilometers from it. The bronze was torn from the stonework, and the earthquakes of 801 and 847 AD did not help to preserve the Colosseum.

The arena was converted into a Catholic cemetery at the end of the first millennium, and 500 years later the travertine that covered the amphitheater was ripped off. It was not until 1749 when Benedict XIV consecrated the building, saving what was left from the pillaging.

At the beginning of 1800, humanity emerged again and it entered a new phase. People began to appreciate the historical value of the Colosseum and the first supporting elements and buttresses were built. After centuries of renovation work, in 1980 the UNESCO declared the Colosseum a World Heritage Site, after suffering the calamities of various wars.

Today the Colosseum is one of the most visited architectural landmarks in the world. Nearly two thousand years since it was built, it continues to attract people, interestingly, for reasons that are not too different to those that led to its original construction. People seek entertainment and new experiences and the Flavian Amphitheatre continues to provide this.