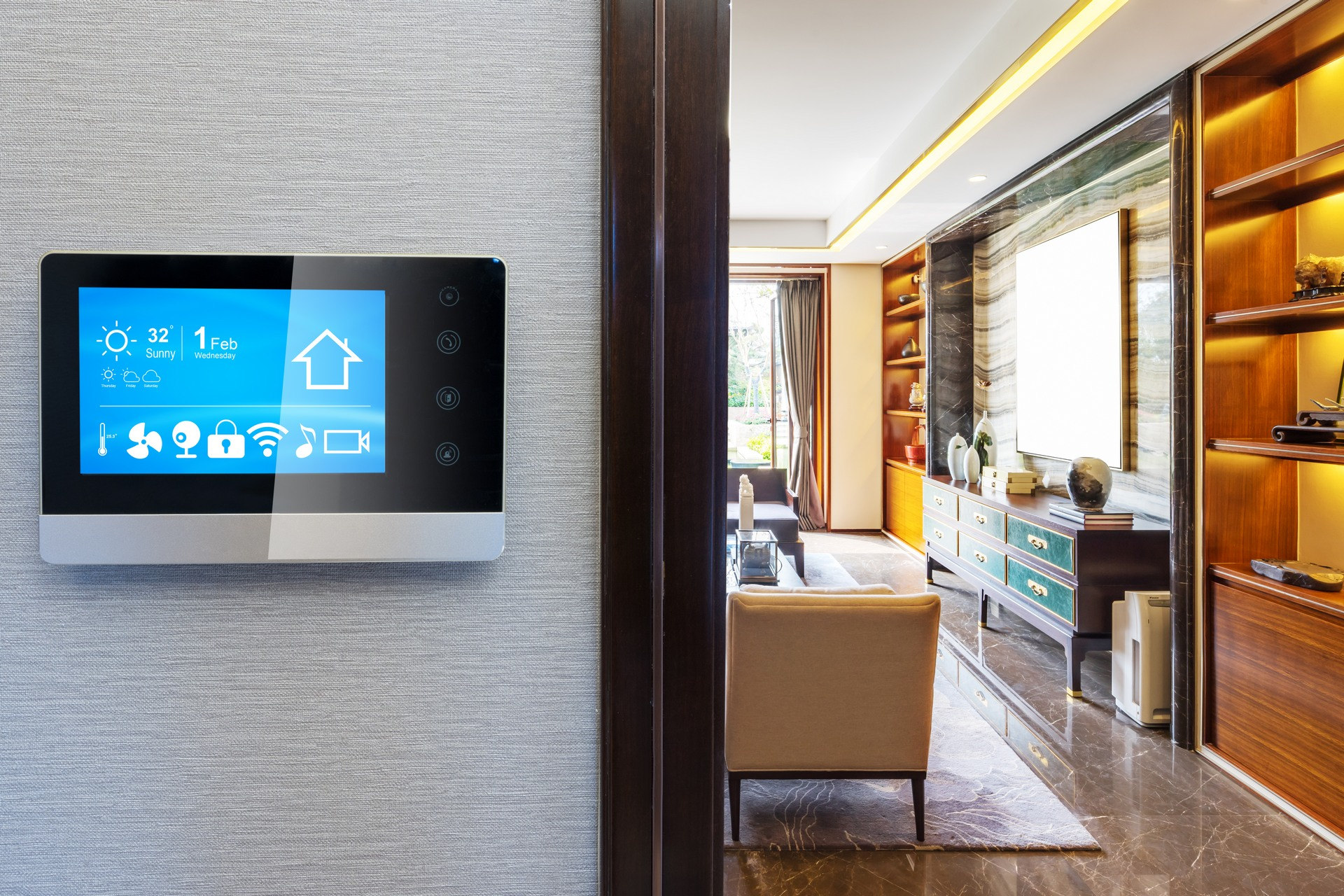 Smart homes: small changes with a big impact on cities

The challenges of urban sustainability are not only related to the development of cutting-edge technologies. The application of these as common elements of the urban environment is, perhaps, one of the most complex endeavors. At the center of this urban strategy is the aim of generalizing the use of smart technologies in all households.

The rationale behind smart homes is the use of a series of systems that we know are going to make our lives easier. We are referring, for example, to personalizing the management and programing of household utilities to reduce costs or to control domestic functionalities remotely.

These well-known benefits are accompanied by some other, not so obvious ones. Because increasing the energy efficiency of households entails numerous global advantages. In 2017, the U.S. department of energy calculated that households and commercial buildings accounted for 39% of the country’s total energy consumption.

This is why authorities in many parts of the world have decided to encourage and promote programs to increase efficiency in homes. In California, for example, the aim is to reach its potential figure of 100,000 new homes with zero emissions per year.

What is a smart home? 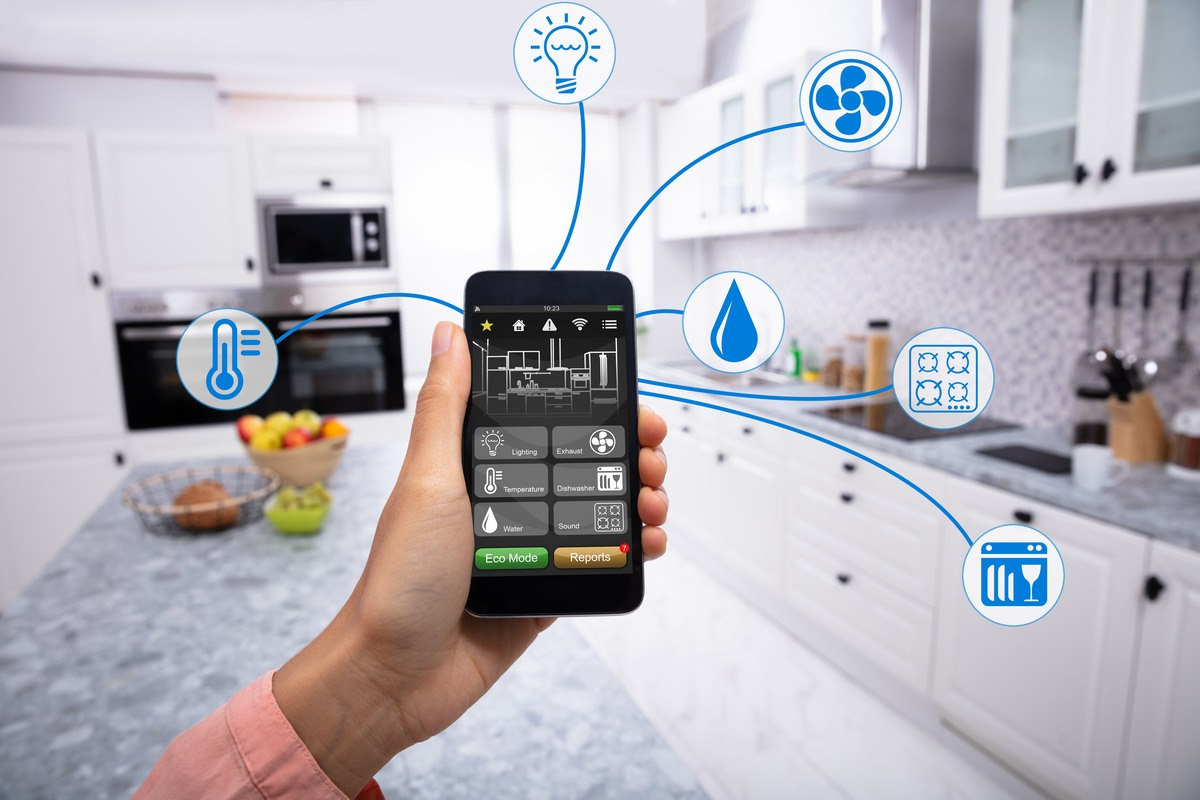 The smart home, essentially, saves energy. But its definition goes beyond that. It consists of the integration of technologies provided by home automation systems to manage the different functionalities of a household, together with their integration in the smart networks of cities.

Digitalization, connectivity or the Internet of Things (IoT) converge in households and grant our home a new awareness of their existence. It includes, not just incorporating devices or infrastructures, but in increasing the degree of personalization in management, with the advantage of being able to do so remotely and from various electronic devices.

Home automation: How is a smart home created?

The reality of home automation, therefore, uses a variety of resources. Among these, it is interesting to note that the remote control as such, is an idea that was installed in the great minds of the industrial era. In 1898, Nikola Tesla, patented a device to control a vehicle remotely. Years later, Robert Adler borrowed the idea for the TV remote control.

The smart home transfers that idea to the cloud and electronic devices. Through these, the mind of the different areas can be controlled or automated. 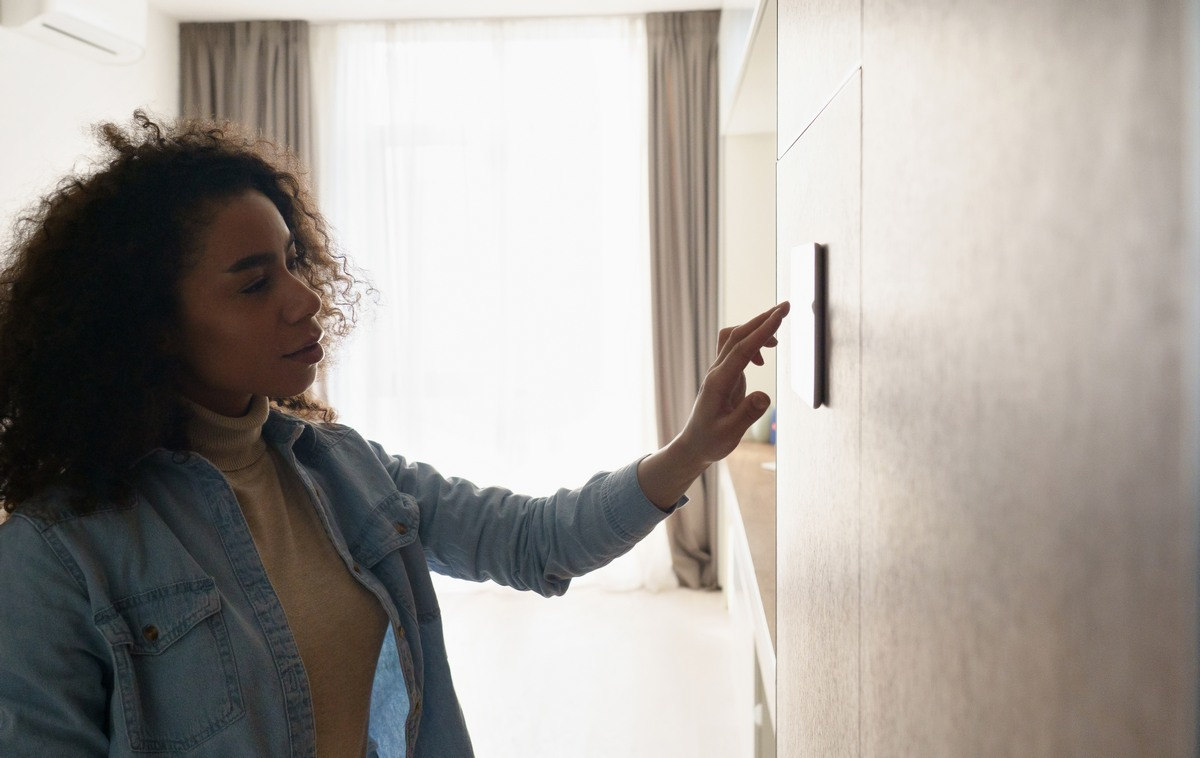 Undoubtedly, temperature in homes is one of the main battles waged by smart cities. In addition to architectural insulation and the use of suitable materials, they can control the flow of energy that maintains our home at an ideal temperature.

This “luxury” has an impact at various levels: economic (in the United States, each household spends around 661 dollars per year on gas), energy impact on the environment; or social (not all social strata can assume certain temperatures at home).

Smart thermostats enable expenditure to be rationalized. They have paved the way for the personalization of gas consumption. These devices are used with the boiler to manage spatial and temporal settings. That is, to switch on the radiators we want, at the temperature we indicate and at our own chosen time intervals.

They are common in certain geographic areas, generating an equal impact of internal comfort and external pollution. Experts estimate that in some cities these devices can increase urban temperature by more than one degree, not to mention how they increase energy consumption.

This is why there are now technologies and kits available that offer the same level of personalization as the smart thermostats or they are even integrated with these with the same objective. 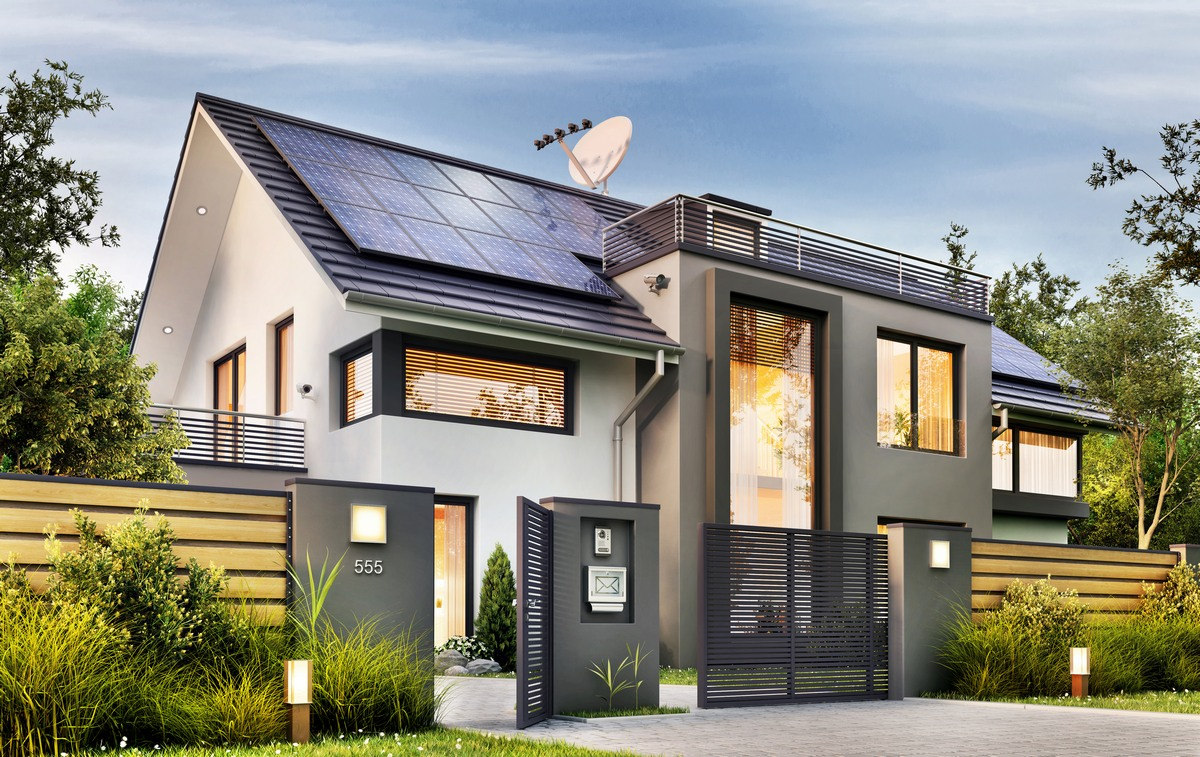 Renewable, free, low maintenance, available, non-invasive energy, that opens the way to individualized production or which can be integrated with other electrical installations. These are just some of the characteristics and advantages associated with solar panels or photovoltaics.

An increasing number of households are choosing to implement their autonomous production capacity with these. Although they are a feature normally related to detached households, buildings and communities of neighbors can also benefit from them.

This benefit has global repercussions. According to the National Renewable Energy Laboratory of the U.S. Department of Energy, a solar system that covers the electricity consumption of a single household during its life would prevent 200 tons of carbon dioxide emissions.

That same U.S. Energy Department recognizes that lighting accounts for 5% of the household energy use. In this regard, smart lighting systems offer more features than just programming lights to switch on and off. Their features include adjusting the level of lighting or energy expenditure of each light source.

The main idea of these is to adjust the lighting demand to what is really needed at any given time. A personal advantage which, along the aforementioned line, benefits smart cities in terms of sustainability. 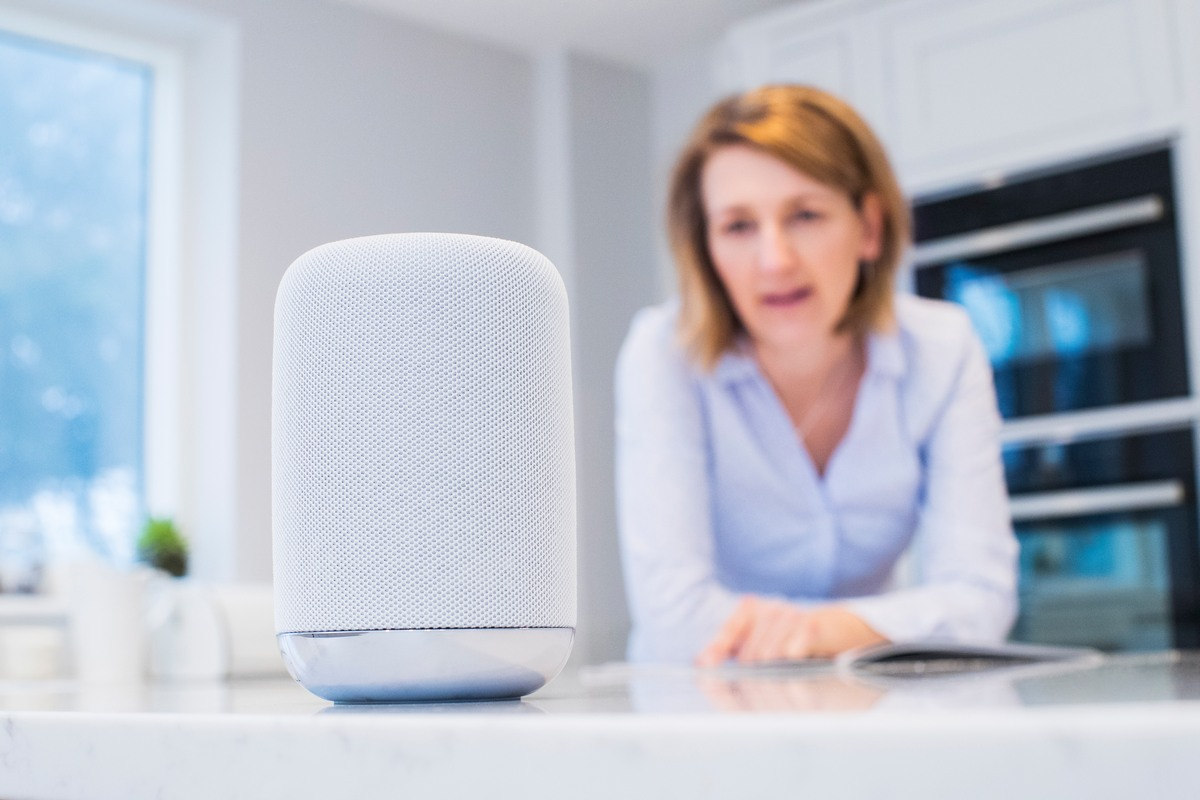 Voice control is one of the systems that has grown in popularity in recent years. Unsurprisingly, one in five Google searches are voice searches. Voice assistants are a kind of science fiction phantasy made for cell phones, vehicles and also our homes.

They are expected to conquer the domestic space in record time, given all the advantages they offer for humans to be able to operate remotely through the use of speech. The elderly population, less prone to learn about intrincate electronic devices, can use them in order to check the weather, call ER services or just add reminders for common tasks that they could otherwise slip from their minds. Their potential as a tool for increasing accesibility is enormous.

We can find the essence of this feature in households. It is also a field with enormous potential thanks to the possibilities that will be offered by machine learning in the coming decades. Geographically, China hopes to be at the forefront of its implementation. In 2019 alone, China sold 85 million voice devices. 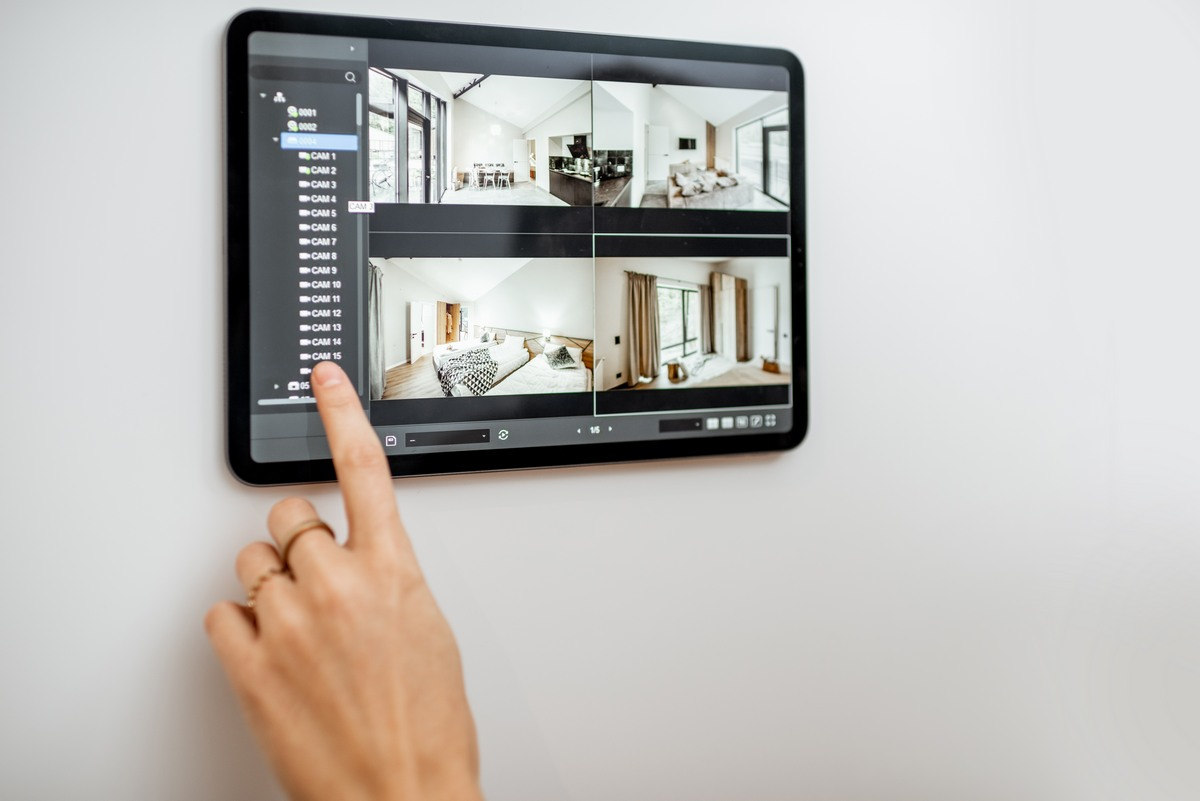 They now save lives. The United States National Fire Protection Association indicates that three __out of five home fire deaths were caused by fires in properties with no smoke alarms. __

Smart devices: the sky is the limit

Apart from all of the above, digitalization and the IoT have surpassed all frontiers to conquer any electronic device in the household and make it smart. Washing machines, driers, ovens, cookers, radiators, dishwashers, sockets, autonomous vacuum cleaners, etc.

All of them can be integrated in a single customized system to adapt to our use and energy, and that is what we are now seeing. The trend offers significant benefits for efficiency, not just individual, but global efficiency of urban spaces.

Behind the smart entities that households become, hides a mind and rationality governed by various digitalization systems. Most of the innovations seen are governed by Android or Apple compatibility, among other systems.

It is not a coincidence that a virtual vacuum cleaner can be managed by the same device as the heating. This universal nature opens the door to other even more relevant issues, addressed in fiction and science fiction, which are based on the loss of control of homeowners, in favor of virtual intelligence and those who can hack it.

The way in which privacy unfolds will depend on how these new technologies are managed. Because, just as the possibility of a security system being hacked arises, it will also be possible, for example, to grant firefighters in a city permission to verify within seconds if there is a fire in a house.

To top it all off, the pandemic has modified the requirements of home automation. Last year, ventilation systems accounted for 30% of energy use in buildings, according to the IEA. Furthermore, remote working has had a significant impact on energy use in households.

What seems clear right now, is that the smarter the homes of today are, the greater capacity we will have to tackle the challenges of tomorrow.