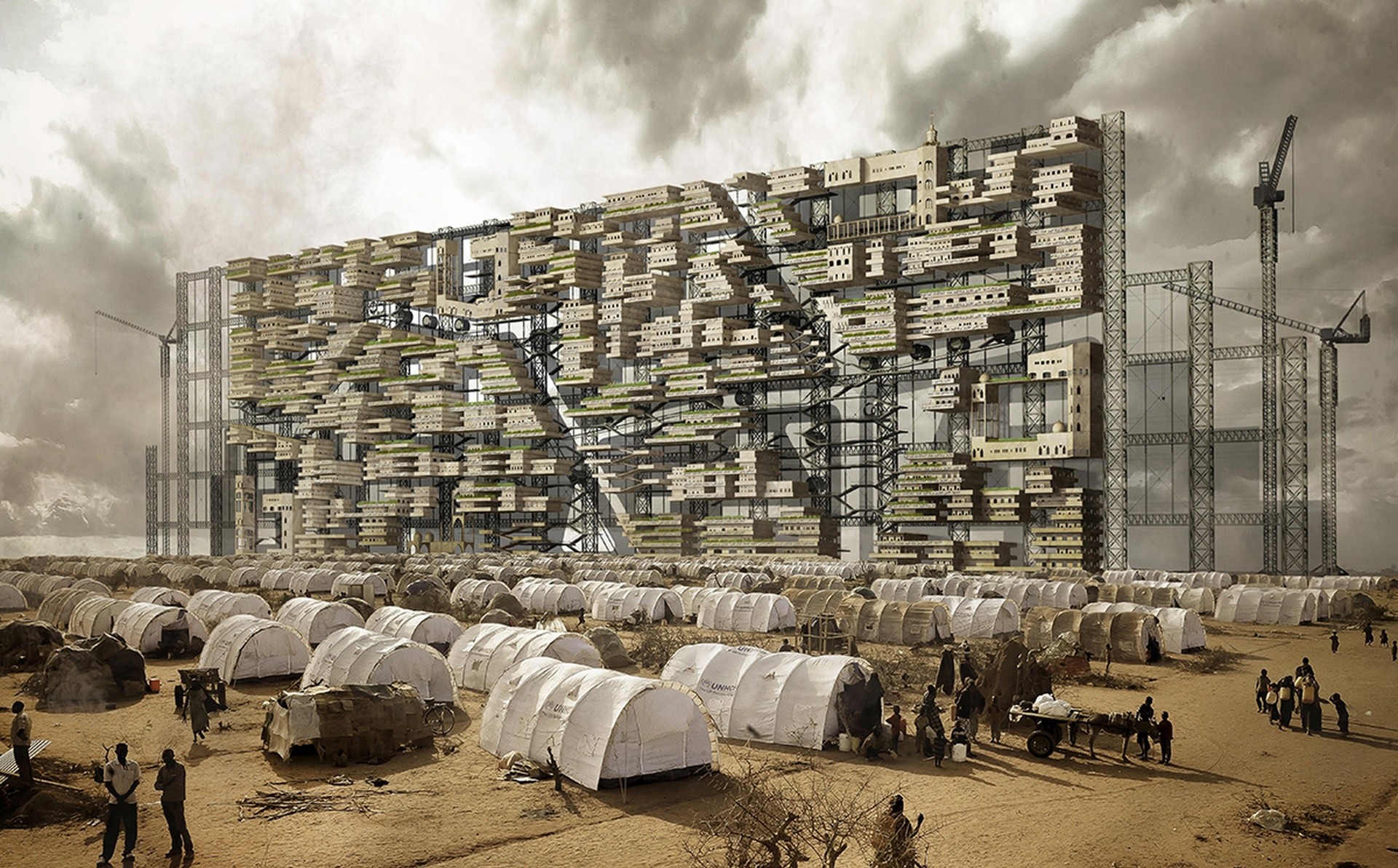 Head in the clouds - Feet on the ground: radical solutions for the skyscrapers of the future

Author | Jaime RamosThis spring, the most important architecture and design magazine worldwide, eVolo, presented the prestigious skyscraper competition awards. The projects presented in the 2019 edition were, once again, an example of how technological innovation can combine with architectural functionalities capable of combating the problems facing cities today.The jury for the event received 478projects. There were three winners and 27 received honourable mentions. The fundamental sense of this architectural innovation stands out among the winners. Two of the successful projects focused on combating pollution through recycling, either from physical waste or from the air itself.

Methanescraper, how to convert rubbish into energy

The first award of the 2019 event went to Marko Dragicevic and his project Methanescraper. This particular skyscraper could, essentially, be described as a giant recycling plant. The actual structure has different modules that serve to categorise waste into glass, plastics, organic matter, or paper, wood or metals. 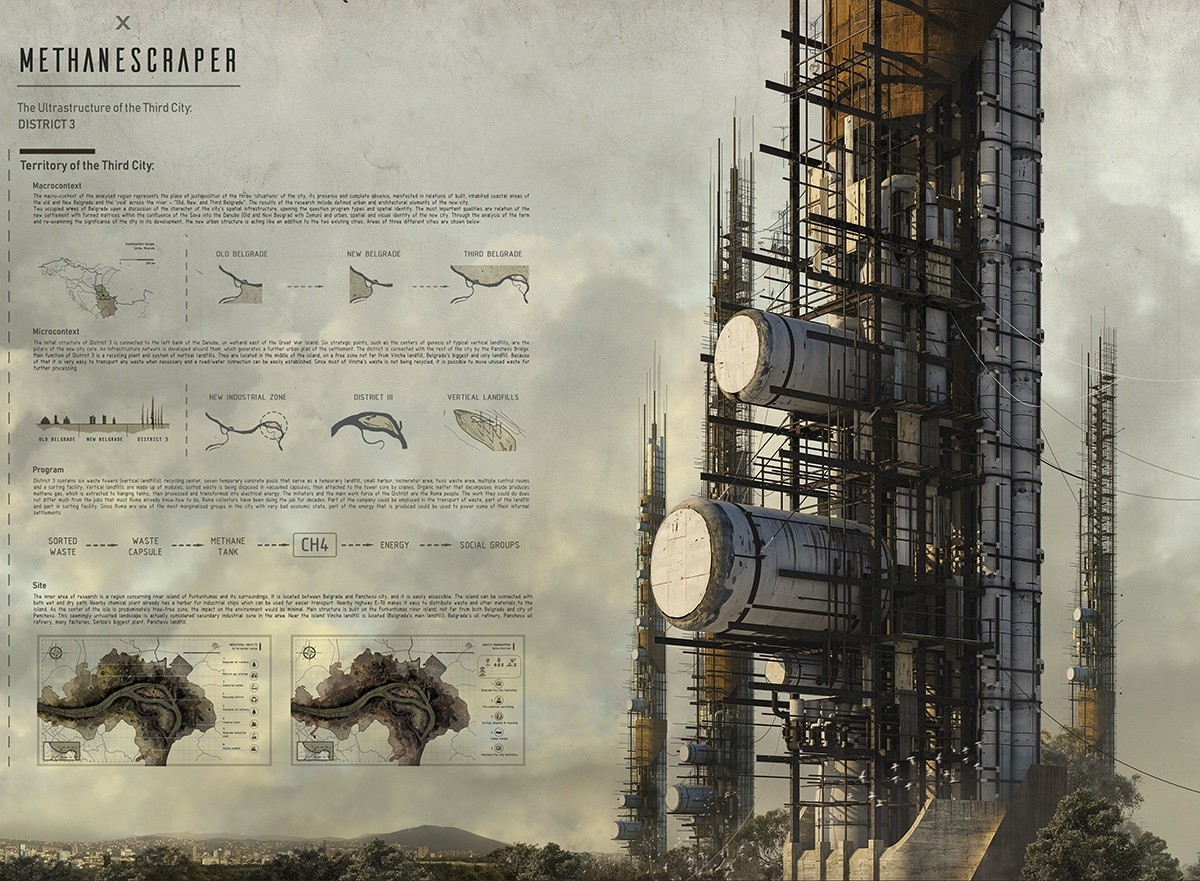 The real value of this giant installation comes together through the putrefaction of the organic matter. This would be stored together with wood and paper in capsules. The compartments are equipped with a pipe circuit that uses the methane generated in the decomposition process to generate energy.The skyscraper is based on the outlines of Belgrade and, particularly, the banks of the Danube. The priority is to release the emblematic river of the 4.2 tonnes of waste currently tipped into the Black Sea every day.

Klaudia Go?aszewska and Marek Grodzicki are the skyscraper designers that received the second prize: Airscrape. The idea is based on cities in which air quality poses a problem to public health, as is the case in Chinese megalopolises.In this case, we are referring to a circular tower standing 800 metres tall and 60 metres in diameter. The skyscraper uses the stack effect to suck in the contaminated air from the surrounding areas and cleans it thanks to the filtering technology. The modules responsible for attracting the air are located at the base of the tower to collect contaminating agents that flow at street level, such as the PM10 and the PM2.5. This theoretical effectiveness of this filtering system would be 80%.The skyscraper is completed with another two types of modules: solar modules, responsible for producing clean air; and garden modules, located at 400 metres and above on the residential part of the building.

The skyscraper for immigrants 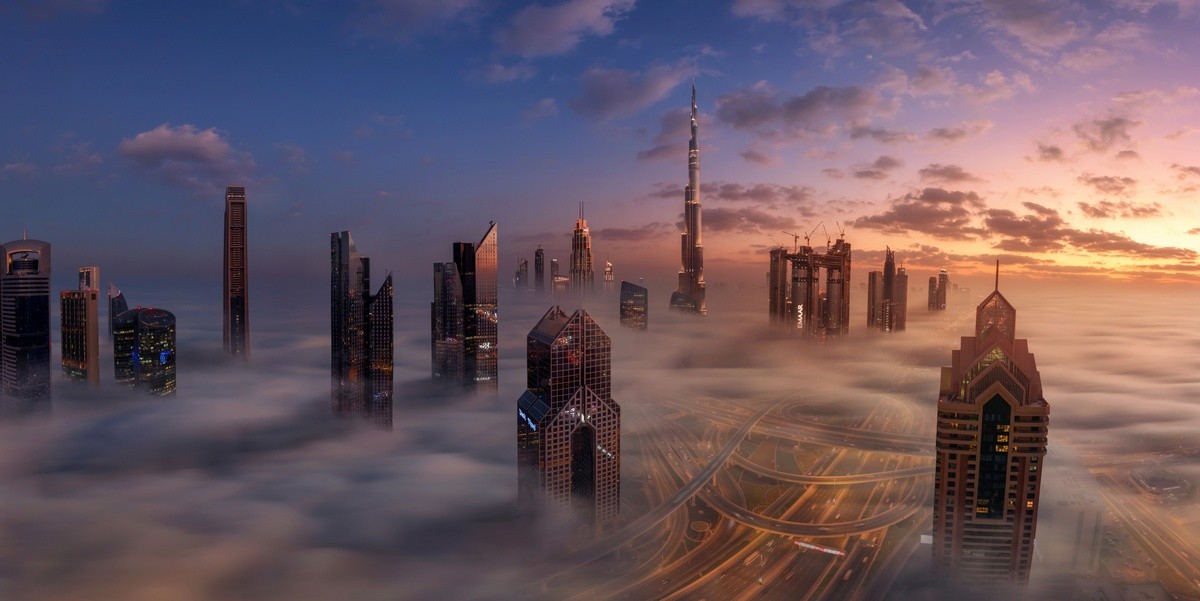 One of the most interesting proposals was Horizontal City of no Nation. The idea is to place these skyscrapers on borders between two countries to provide refuge, security and opportunities for immigrants. The aim, according to the designers Zhichen Gong, Yong Chen, Tianrong Wu, Yingzhi He and Congying He, is for people to be able to continue living in a stable society with basic social services and alleviate the migratory flow.It is based on the Kilian Kleinschmidt idea that we should look at refugee camps as urban spaces. In this regard, these types of projects should be aimed at integration between society and not so much about creating new borders. It is hard to forget the fact that cities support a large part of the global population. 68% of the world population is projected to live in cities by 2050.The solutions that received awards at eVolo represent an escape route for the smart cities of the coming decades. The sustainability of these includes discovering new functionalities that will make them more inclusive and release us from the threat of pollution. This will be reflected in the essence of each building, which are, themselves, experimental constructions, not just in architectural terms, but also in scientific and even social terms.Images | iStock/RobertBreitpaul; Zhichen Gong, Yong Chen, Tianrong Wu, Yingzhi He, Congying He (CC) y Marko Dragicevic (CC)