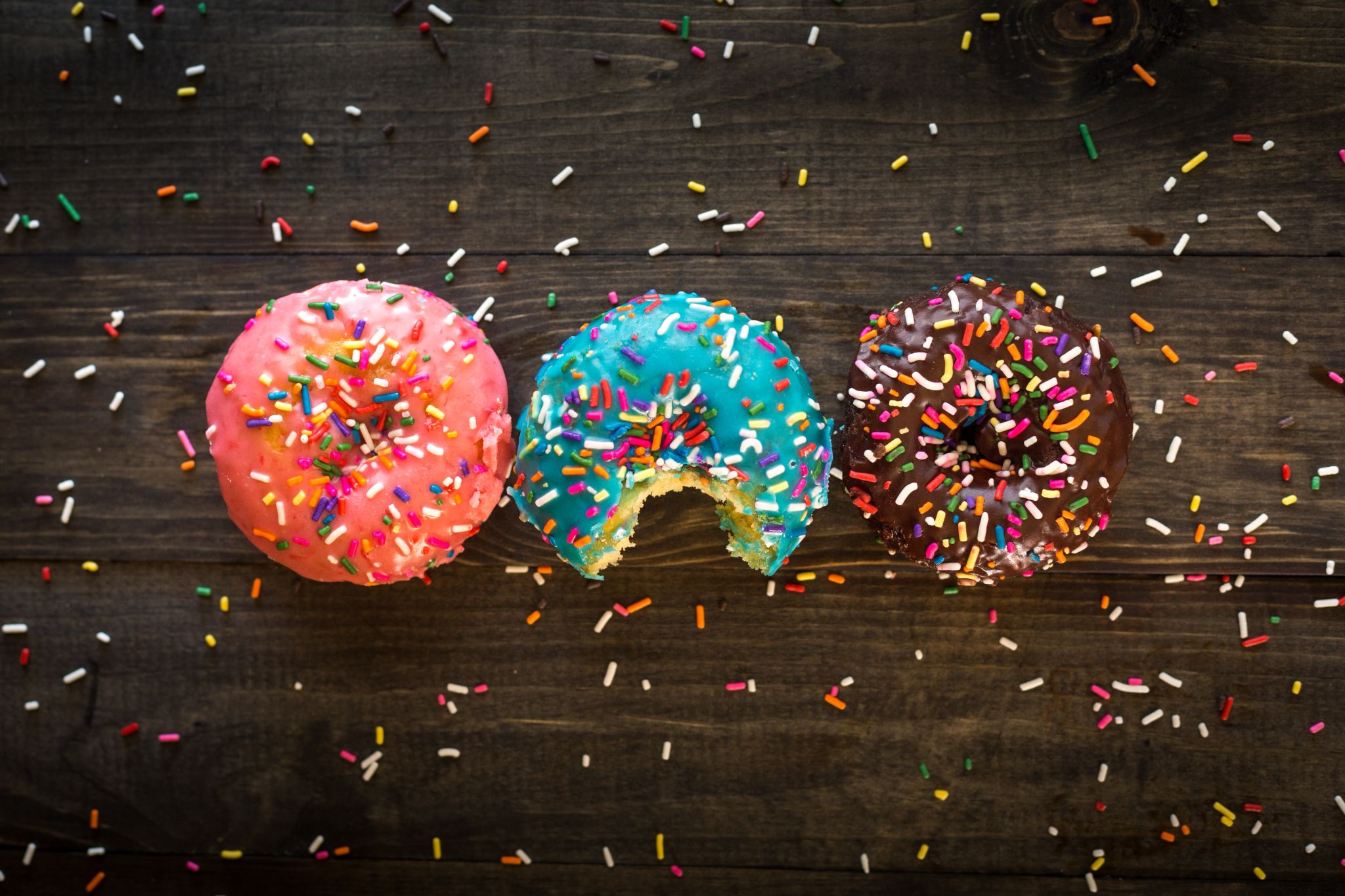 The term 'Doughnut Economics' was first coined by the British economist Kate Raworth in a report published in Oxfam in 2012 and which she subsequently continued to develop in her book 'Doughnut Economics: seven ways to think like a 21st century economist'. In both, she proposes a new humanist economic model, a tool which many cities worldwide are starting to use.

What is the doughnut theory or the theory of Doughnut economics?

The theory of the Doughnut formula is a change of economic model as a response to humanity's major challenge: eradicating global poverty all within the means of the planet's limited natural resources.

It receives this name because it is visually represented by two doughnut-shaped discs: the one in the center is the social foundation, which includes basic fundamental rights, and the outer ring is the ecological ceiling, which cannot be exceeded if we are to guarantee the prosperity of humanity. In the middle would be the doughnut, understood as the space in which humanity can progress if the planet's boundaries are respected. Both circumferences coincide with the United Nations Sustainable Development Goals (SDG).

This change of paradigm proposes shifting from an economic model of constant growth measured by Gross Domestic Product (GDP) and realizing that, in the end, economic prosperity depends on human and natural wellbeing. To achieve this, it proposes transforming governance systems, making these regenerative and distributive instead of finite and egotistical. 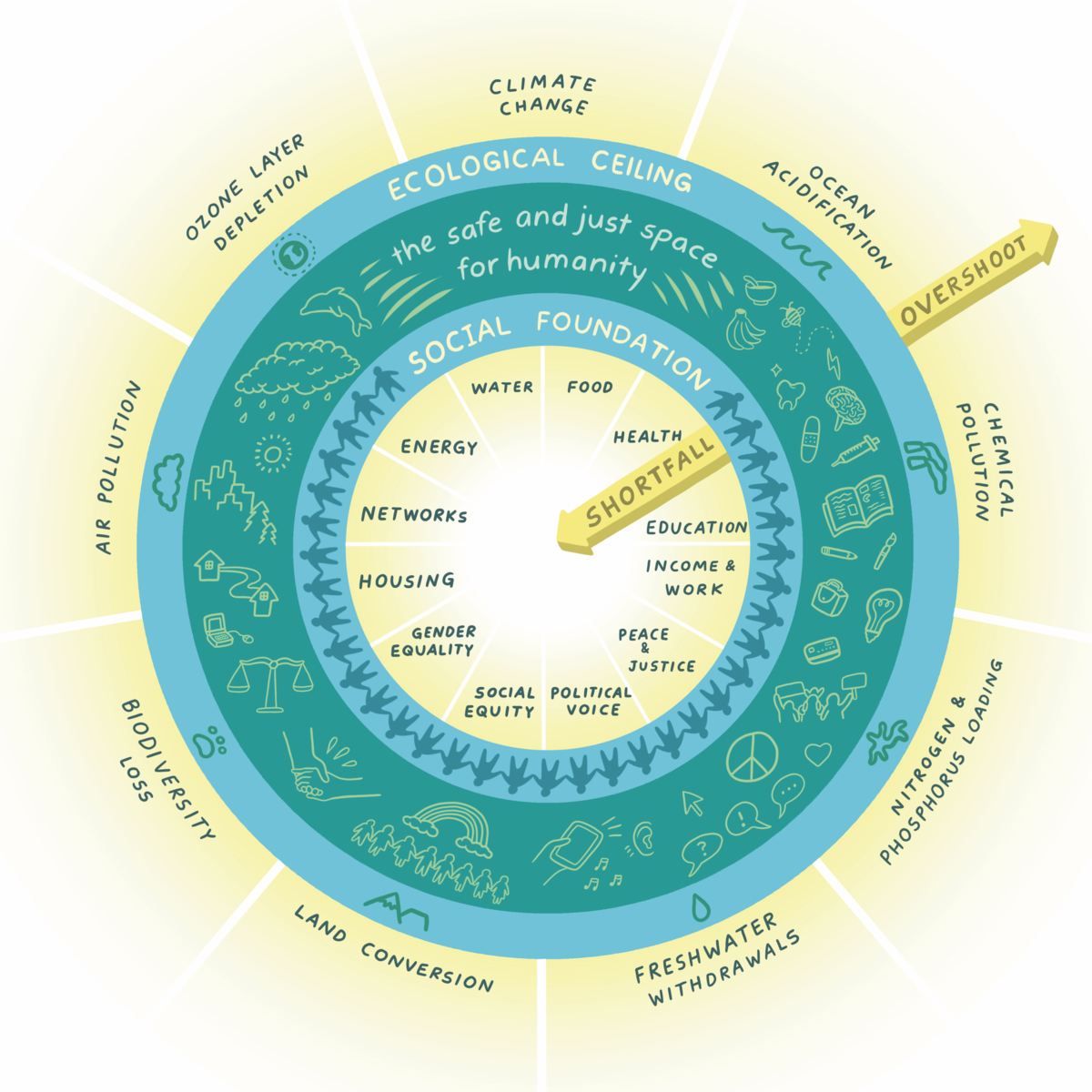 What are the limits of the Doughnut model in order to prosper?

In turn, there are 12 essential social goals for humanity to prosper, many of which are basic human rights: food safety, a living income, water and sanitation, healthcare, education, energy, gender equality, social equity, resilience, participation, employment, networks and access to housing.

Doughnut economics is a relatively new and highly experimental concept. As such, there are no case studies to look after, although several cities are looking into the theory in order to build back after the COVID-19 pandemic and increase their resilience. 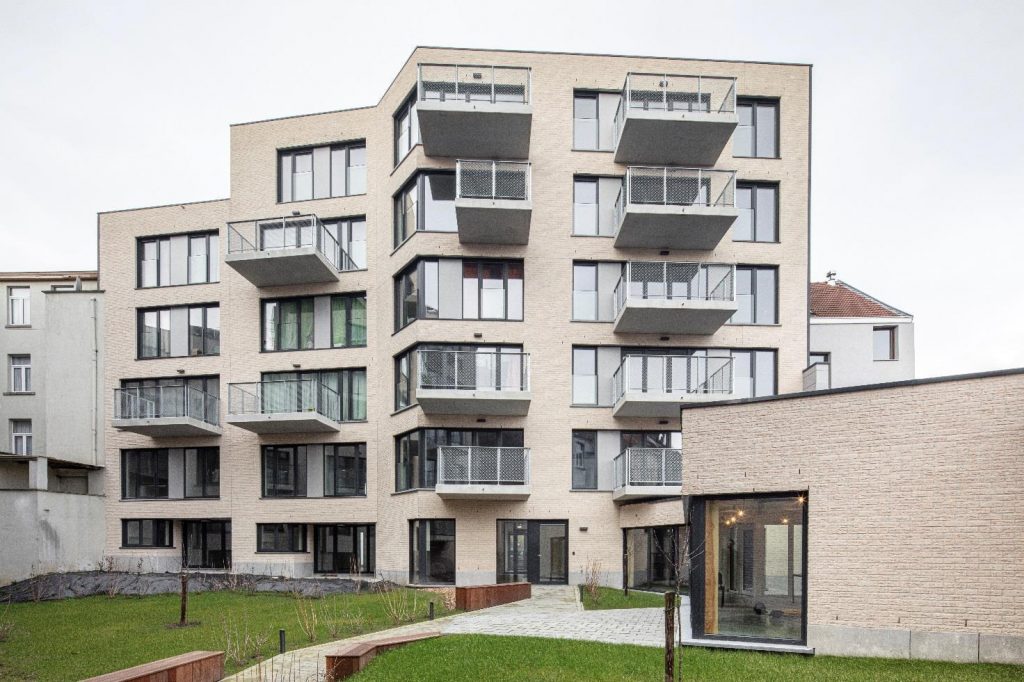 How can this theory alleviate life in cities?

Cities can act as transforming agents of this change proposed by Raworth. Amsterdam, Brussels, Melbourne or Berlin are examples of cities joining the "doughnut effect" and are thus paving the way towards social and environmental sustainability. The starting point for all of them is similar: initiate broader participatory processes to identify possible solutions to their most pressing problems.

In order to incorporate the doughnut into their urban management models, cities must answer the following questions:

An example is Amsterdam which, after conducting this exercise, came face to face with the harsh reality: 20% of tenants cannot even cover their basic needs after paying their rent. Although the most obvious solution would be to build more houses, the city's CO2 emissions are 31% higher than they were in 1990. The strategy they have come up with to counteract the two problems is to implement laws making the use of recycled and natural materials mandatory in the construction sector. 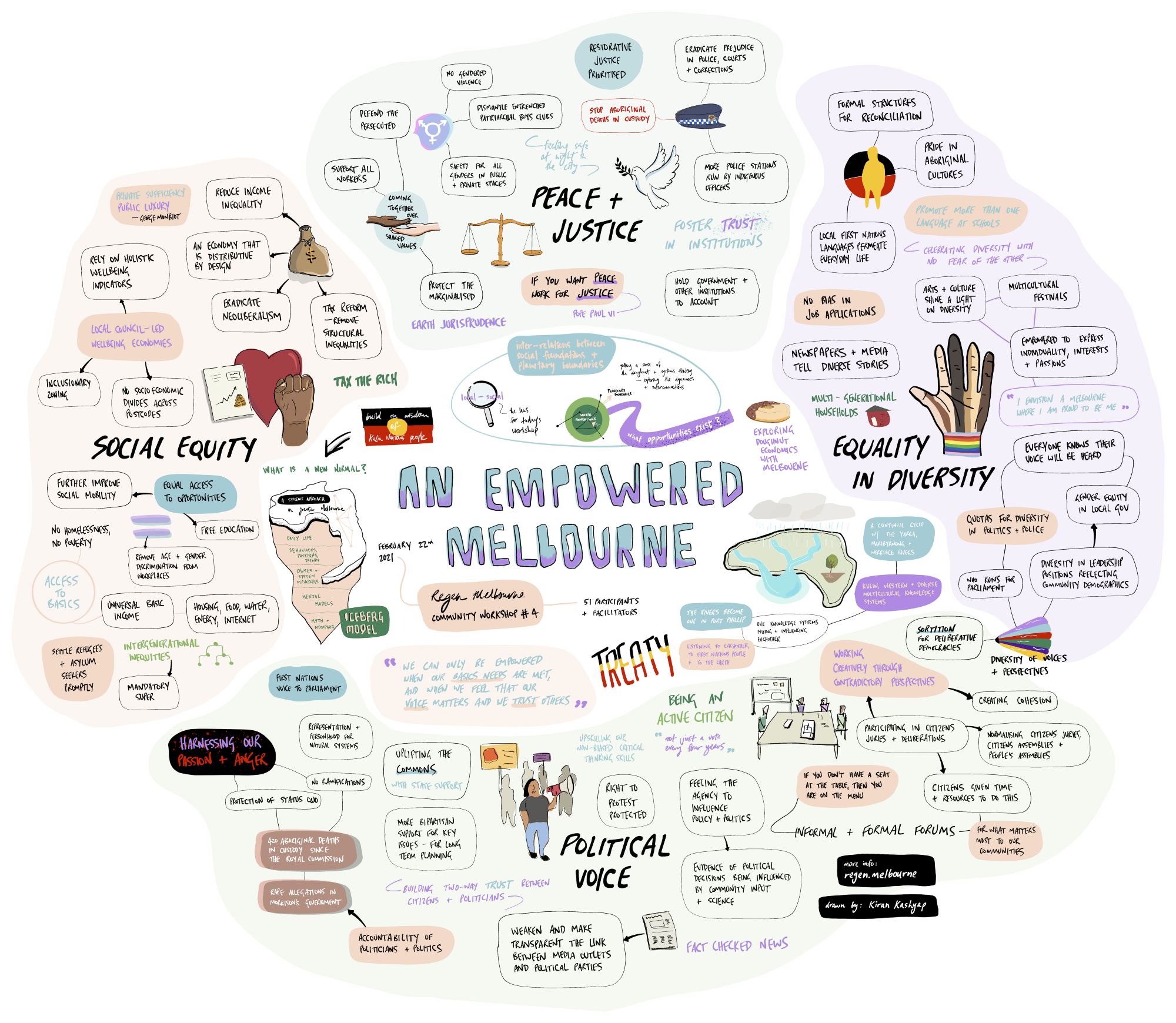 Criticisms of the doughnut model

The economist Branko Milanovic is one of the theory's main skeptics, arguing that Raworth's model does not take into account aspects such as the fact that without greater GDP growth, we will not eradicate global poverty. Likewise, current sustainable innovations are marginal and their progress is minimal compared with "what should happen".

Finally, Milanovic considers the book to portray globalized capitalism as entering into a "more cooperative and gentler phase", but in reality, citizens are becoming more commercially motivated, which is leading towards a self-centered, money- and success-oriented society, while transmitting a world that is "devoid of major social contradictions", and says there is no "we" that includes 7.3 billion people. Different class and national interests are fighting each other.

As tends to be the case with global development models, the one advocated by the doughnut theory sets out well-identified problems and their possible solutions, but that does not mean they are going to be true or applicable worldwide.

Without a series of universal solutions, which do not exist and will probably not exist, it will be up to the politicians and economists to assess whether it can be implemented successfully and, if so, to what extent.