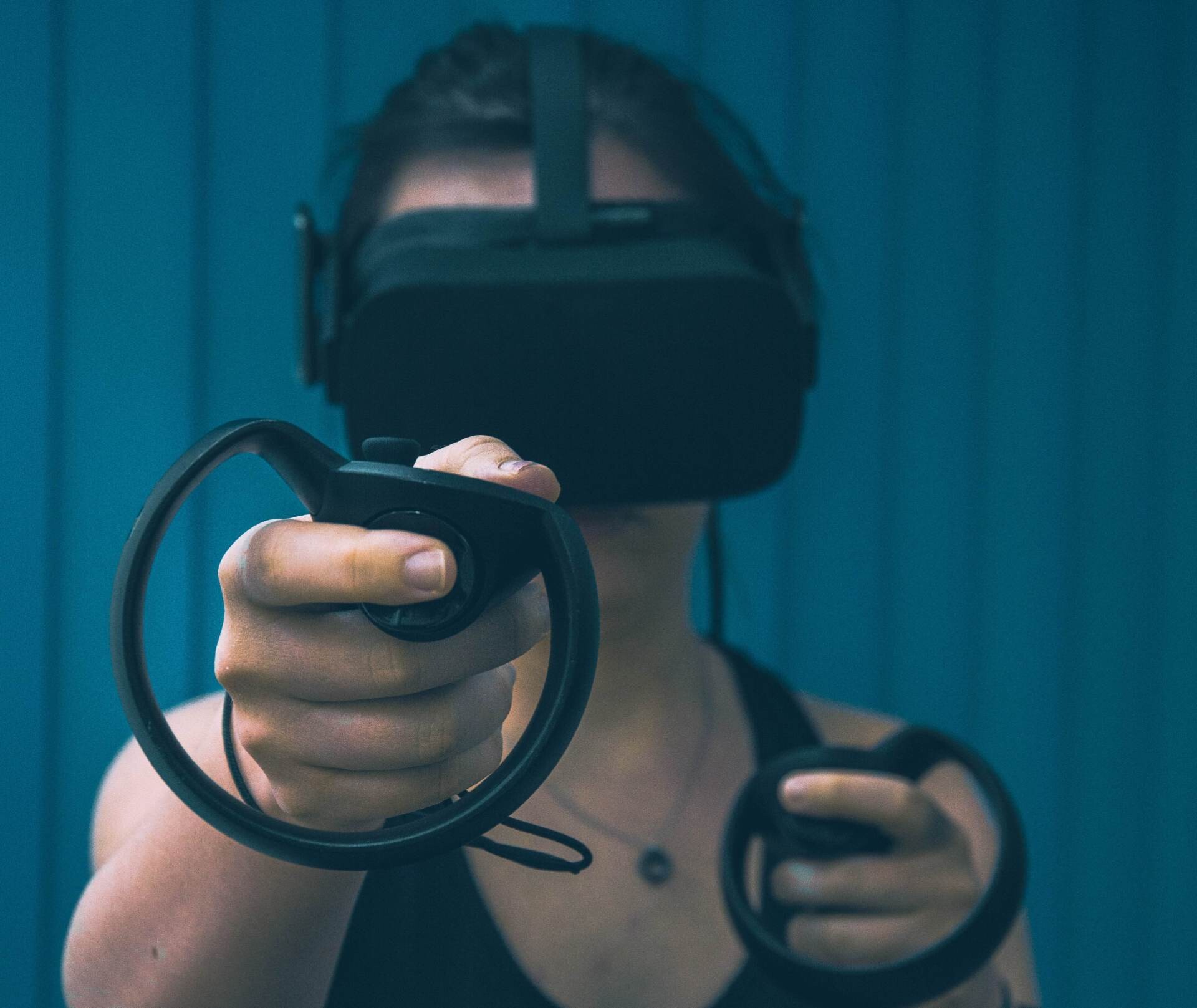 Authors | Mahbubur Meenar and Hunter SwansonIn the last several decades, virtual reality (or VR)—a computer technology to create simulated environments—has become increasingly popular. One tends to think of its possibilities primarily in entertainment, such as video games using VR headsets. But immersive VR, or IVR, can do much more than enhancing your favorite game—it can also play an important role in city planning. In particular, IVR can potentially increase public engagement in the city planning process by making stakeholders more familiar with design or development proposals through a simulation in an immersive environment. Viewers can get a better understanding of a project through a simulation in front of their eyes. Recorded videos of 3D models of a design proposal can only do so much, but IVR provides the possibility of exploring a development proposal in an immersive environment, no matter where you are or how far the project is located.Urban planners have been embracing digital technologies such as social media, participatory Geographic Information Systems (GIS) mapping, and IVR to complement or enhance traditional public engagement techniques (such as meetings and surveys), in hopes of supporting different forms of e-governments and smart cities. IVR itself provides a way for humans to interact with computers and complex data and visualization. A key component of the IVR is the degree to which the technology is immersive, engaging the mind and body of users through sight, sound, smell, and/or touch. 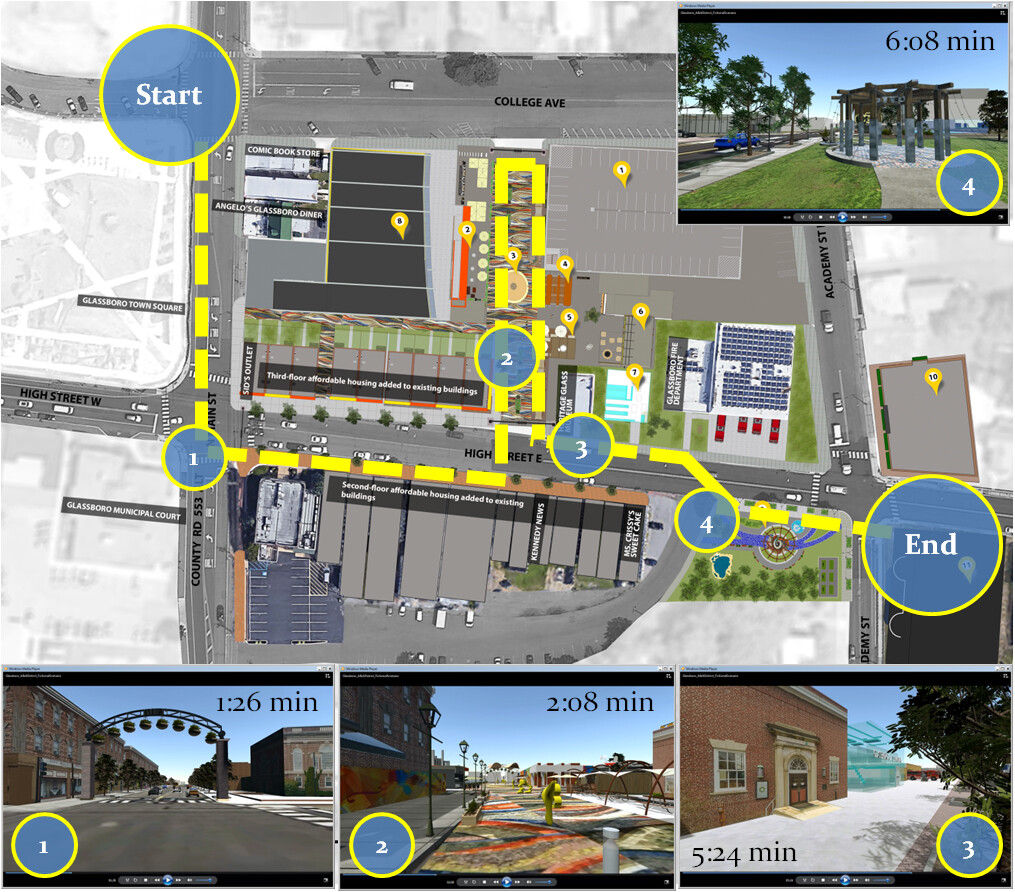 To see the true impact of IVR, researchers from Rowan University Community Planning + Visualization Lab (USA) conducted a study using focus groups to examine reactions to multidimensional and multisensory IVR by simulating a fictional planning scenario in Glassboro, New Jersey, a small urban community with 20,000 year-round residents, and another 18,000 students attending Rowan University. This study focused on a three-block section of the town’s historic downtown. The project team—comprised on planners, architects, and engineers—partnered with the city to conduct a community design workshop and gather ideas for a potential development in the study area. A group of 46 attendees, including municipal officials, residents, business owners, and university students and faculty, participated in this workshop. Based on the outputs from this workshop, the project team created a fictional planning scenario, including site plan and 3D models using various software packages such as Google Earth, Google SketchUp, and ESRI ArcGIS 3D Analyst.Next, Rowan University’s VR Center created an IVR version of the 3D models. The VR Center has a lab, featuring a 7-foot-high by 40-foot-wide curved wall of eight adjoining screens and provides room for up to 10-15 people to explore VR simulations. The IVR version included virtual 3D props such as people, cars, street furniture, and placemaking features. In order to create a 4D IVR simulation, the project team also designed sound stimuli (such as restaurant chatter, street traffic, and lawnmower noise) and smell stimuli (such as freshly cut grass and buttered popcorn). A 7-minute fly-through and walk-through simulation, overlaid with voice narrations, was recorded to create a virtual walking experience through the design proposal. 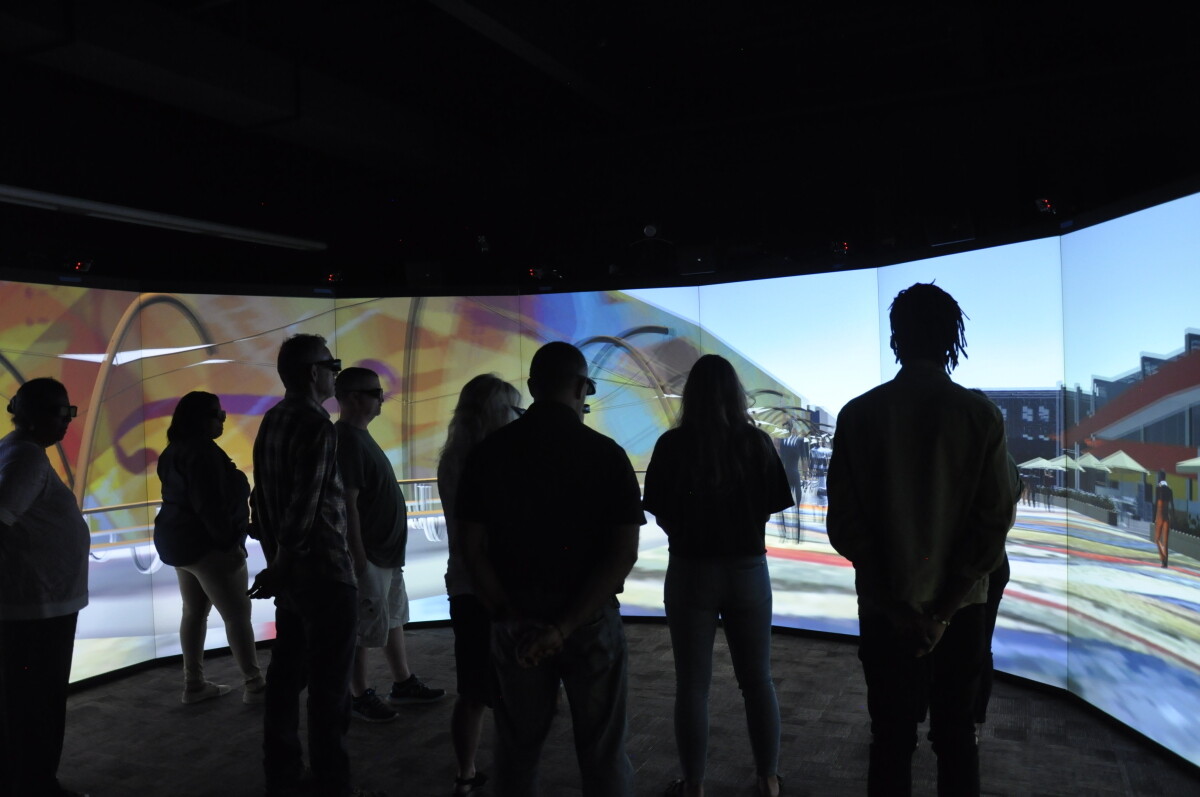 Forty focus group participants experimented with various formats of IVR (3D and multisensory 4D) and compared them with standard presentation formats typically used as public engagement tools. The project team found that participation generally increased with multi-sensory and multi-dimensional IVR simulations. Focus group participants had a better memory recall of design scenarios, higher level of emotional attachments to proposed scenarios, and asked more questions or made additional comments about the design proposals, as well as the technology.The participants identified several strengths and limitations of this technology. To start, they thought 4D IVR elevated their sensory experience and emotional responses to the proposed design, leading to a better understanding of scale and navigability of design proposals. In contrast, some of them faced motion sickness and discomfort due to IVR technology. And some participants had low buy-in in the proposed design due to visual and sensory design flaws. Others also pointed out the potential issues of increased time and budget for public engagement.The project team concluded that multisensory and multidimensional 4D IVR offers city planners the opportunity to diversify their usual community engagement techniques. The study suggests that “in this digital age of public engagement, multi-sensory 4D IVR technology offers urban planners and policy makers an opportunity to diversify or supplement standard public engagement processes.” As there are some disadvantages to IVR such as price, accessibility, physical discomfort, and age favoring, IVR should be used as a supplement to the standard methods used in public engagement, but not replace them.Though this study was small in scale and completed on a constrained budget, it still highlights the additional dimensions that IVR can bring to the public engagement process. Hopefully a future study can also focus on “completed" planning or urban design projects that used IVR technology as a public engagement tool; even studying how engagement through IVR simulations can contribute to the final design and development of completed projects. Dr. Mahbubur Meenar is a faculty member in the Geography, Planning, and Sustainability Department at Rowan University, USA. His research areas include digital civic engagement, green infrastructure, urban food environment, and sustainable development. Mr. Hunter Swanson is a research assistant at Rowan University’s Community Planning + Visualization Lab. For more information, please read the original research article published in Urban Science journal, available as an open-source material following this link.Images | Mahbubur Meenar (IVR simulation), Samain Sabrin (rendering), Lux Interaction.