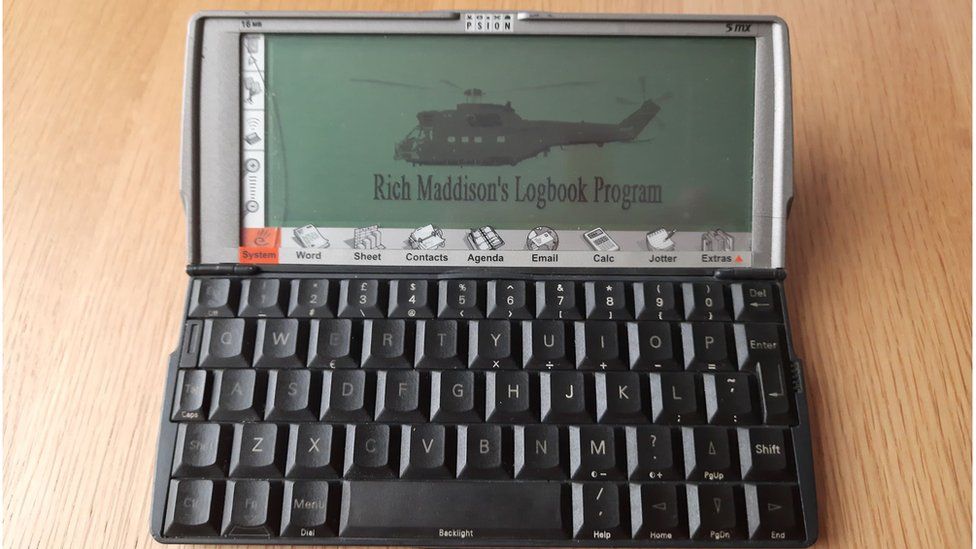 He is referring to a miniature computer with a black and lime green screen and miniscule memory that uses AA batteries to power a 1997 design. It is a Psion 5 device and for AVM Maddison it represents his personal aviation history.

The dated device is where he keeps his own flying log. Hailing from an era when computers came with their own programming languages the Psion invited users to tinker with its limited applications. He could take fields in its address book and convert them to resemble a pilot's logbook.

Every pilot records each flight in columns listing such details as the date, aircraft type, crew names, purpose of flight, route flown etc. AVM Maddison was also issued with a physical logbook but his Psion allowed him to build an automatic monthly summary of his flying hours that could be used to tell him how many hours he'd achieved on a particular aircraft or with one of his colleagues.