Ukraine invasion: Russia launches 'war of the cities' as its forces shift to 'siege' tactics 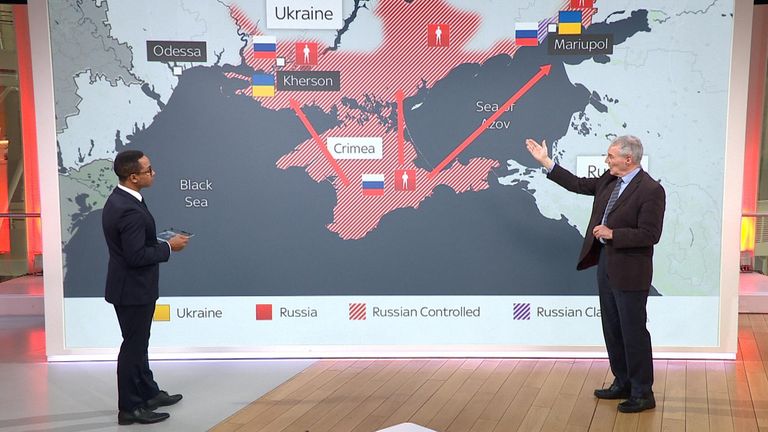 "This has become a war of the cities," says a military expert, as Russia shifts tactics in its bombardment of Ukraine to "siege" warfare.

Russia banked on Kyiv falling quickly - but it didn't, says Professor Michael Clarke, former director general of the Royal United Services Institute (RUSI) and a security analyst. Instead the invasion has dragged on for days with key cities thought to be still under government control.

Russian forces have met an outgunned but determined resistance in the capital, but the change in focus on other major cities aims to "break the spirit" of the Ukrainians who have fought "ferociously" to defend their freedom and country, says Professor Clarke.

He explains the change in method - from Plan B to Plan A.