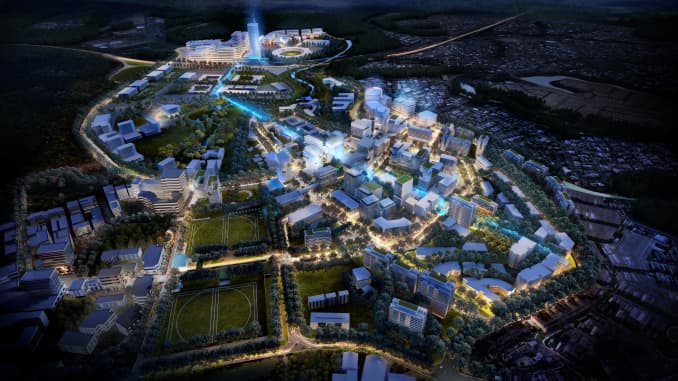 Travel up the sunny shores of Australia’s Gold Coast, 25 kilometers outside of Brisbane, and you’ll find Greater Springfield, a city that’s different by design.

You may never have heard of it. Unsurprising; the city is not yet 30 years old. But that isn’t holding it back. In a few years, it could be the next Silicon Valley, says developer Springfield City Group (SCG).

Sinnathamby is the brains behind Greater Springfield, Australia’s only privately built city and its first masterplanned city since the capital Canberra was created more than a century ago. The octogenarian property tycoon — who spent a 50-year career creating residential and commercial developments across Australia — said his latest project, like its inspiration Silicon Valley, is about creating a modern business hub designed around technology, education and health care.