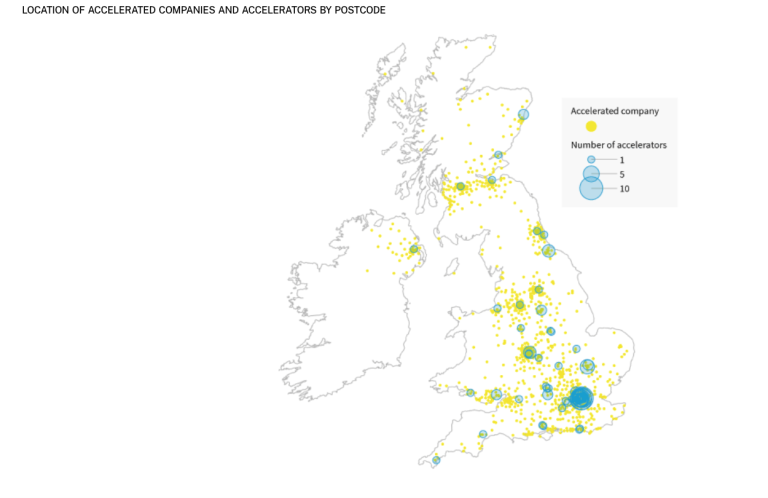 The UK is today home to nearly 200 accelerators, drawing on the model pioneered in California by Y Combinator — an early backer of Airbnb, Dropbox and Reddit.

Unlike VCs, accelerators gamble on very nascent founders — often before they even have a product or team. That means picking winners is especially difficult, and it’s tricky to know which programmes are performing.

To put them to the test, we’ve analysed the portfolios of the nine most active UK accelerators between 2011 and 2018. They’re ranked by the percentage of portfolio companies that have since gone on to raise external funds. We’ve also looked at the percentage of startups that have raised more than £40m and are still active.