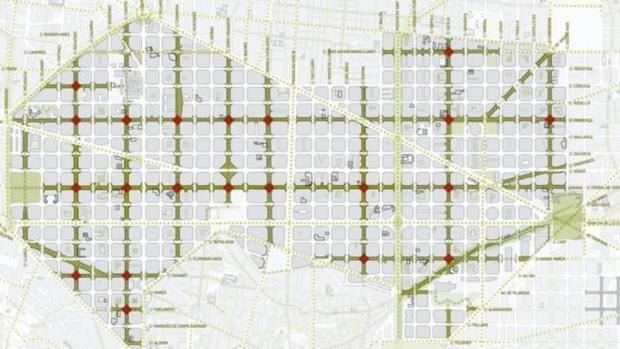 The car had not even been invented when the unknown Catalan engineer Ildefons Cerdà launched his radical plan to transform Barcelona, liberating the city from medieval density. More than 150 years later Barcelona is on the cusp of another revolution in urbanisation, converting Cerdà’s grid into a greener, pedestrian-friendly centre from which almost all cars are banned.

Barcelona’s plan draws on its four-year-old experiment with “superblocks”. These are islands of car-free space with traffic around their perimeter and from which cars are newly banished. They will be freed up for pedestrians, parks and public plazas, with thousands of trees creating new green space.

Other city mayors should look to Barcelona’s ambitious example in the battle to reclaim cities from gridlock and combat rising air pollution.

There is no better moment than the present.

Planners and Developers Can Now Study the Flow of People, Not Just Vehicles

Five ways cities will change in the decade after COVID

The Right Way to Rebuild Cities for Post-Pandemic Work

What is Urban Planning? Evidence from Google Scholar Citation Profiles

The Use of Knowledge in Urban Development

These are the world’s best cities for walking