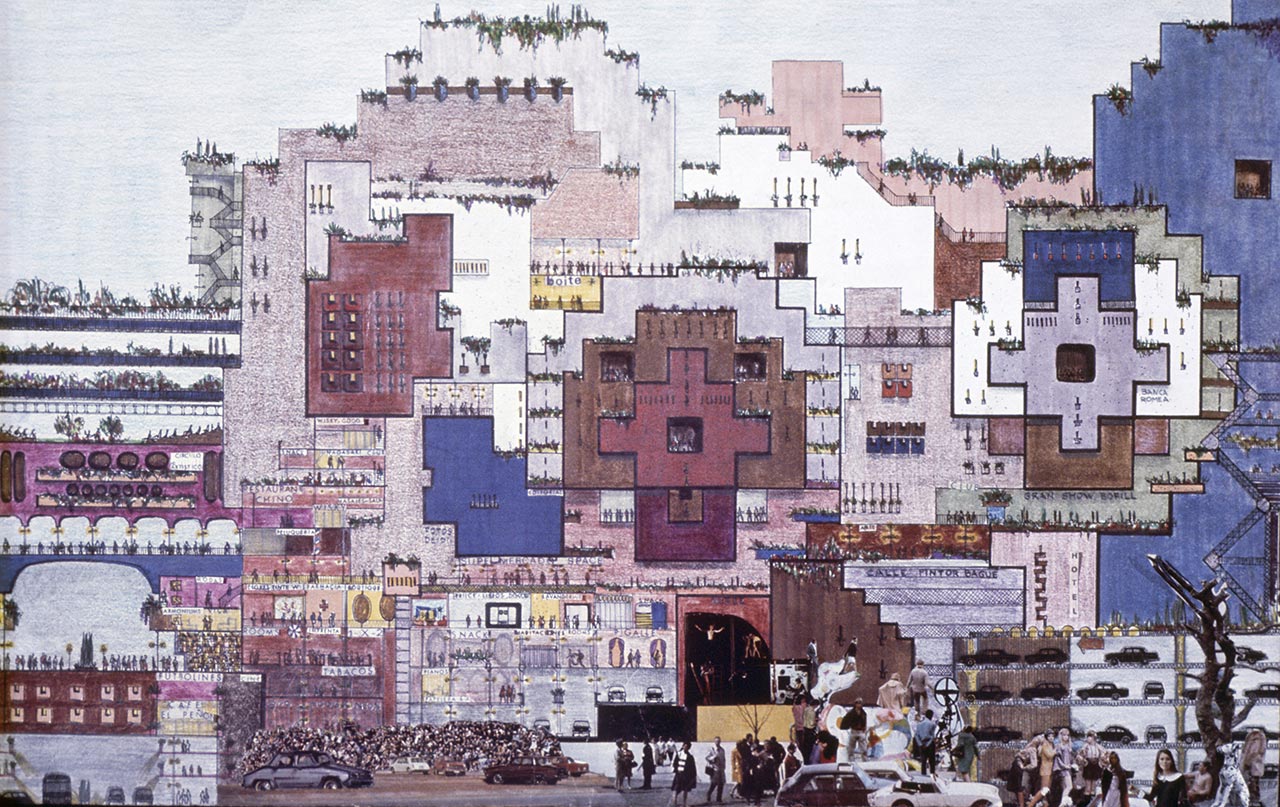 In 1970, Spanish architect Ricardo Bofill and his Taller de Arquitectura worked on a huge housing complex called La Ciudad en el Espacio (The City in the Space) which could acquire the characteristic of a whole neighborhood and provide the basis for a reflexion on the idea of city.

Conceived to be “complex and flexible” at the same time, the project embodies a dose of utopian thinking but grounds that in a realistic fashion, through the development of a plausible construction system, a light prefabricated system allowing for the further growth of the complex over time. The growth system, by which the city could adapt to a progressive increase of population, is based on cubic volumes which can be combined as modules through “strict geometrical laws” obtaining an outcome which guarantees diversity.