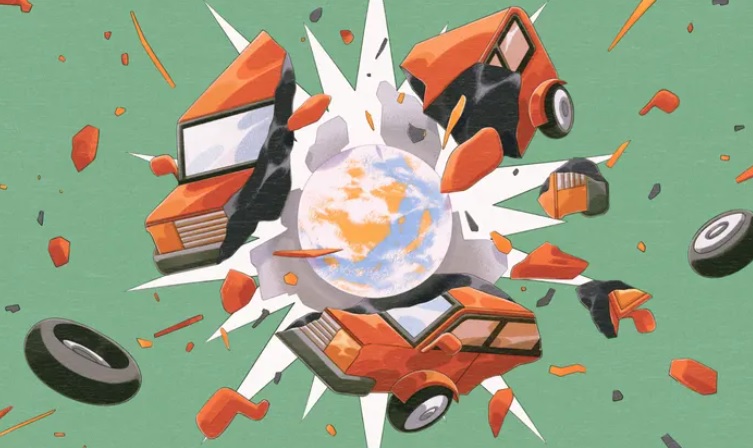 In 1989 a group of Chinese government urban planners came to Europe on a fact-finding mission. They were widely praised for curbing car use – the country of 1 billion people, after all, had just a few million vehicles; the bicycle was king; its city streets were safe and the air mostly clean. How did they manage to have so few cars? asked their hosts, grappling as ever with chaotic British streets, traffic jams and pollution.

“But you don’t understand,” replied one of the delegation. “In 20 years, there will be no bicycles in China.”

IMAGES FROM The Guardian