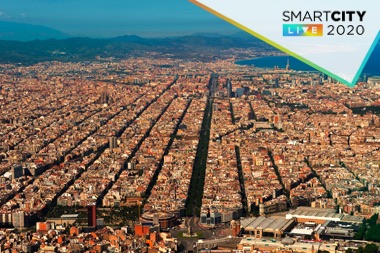 Four different approaches will be explained of how the AMB is transforming the provided services to a Smart scope: Climate emergency, Mobility (Low emission zone), circular economy and metropolitan statistics

This side-event has been entirely organized by ÀREA METROPOLITANA DE BARCELONA. For this reason, to access its content it is necessary your express consent for the processing of your contact data, provided during the registration process, so that they can send you electronic communications about their products and/or services.

Controller: ÀREA METROPOLITANA DE BARCELONA, with registered address at C/ 62, núm. 16-18, Zona Franca, Barcelona (08040) Purpose: To process your data in relation to your participation at the referred side- event and send you commercial information about our products and/or services. Lawful basis: Consent given by the data subject. Recipients:. Your data is not transferred to third parties. Your rights: the right to access, rectify, and erase your personal data, as well as the rights of data portability and restriction of processing that are set forth in the additional information. Additional information: You can view the additional detailed information on Data Protection on our website https://www.amb.cat/web/amb/politica-de-privacitat