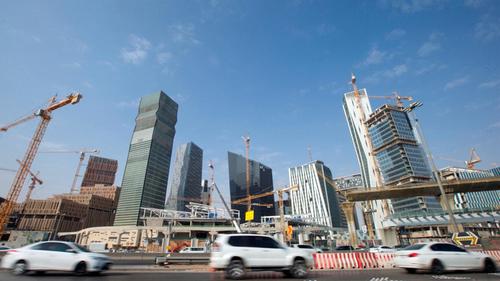 Saudi Arabia’s capital Riyadh is more resilient than other cities around the world, despite its low population density and arid conditions, according to a survey by insurer Lloyd’s.

The speed and scale of the kingdom’s economic reforms, including its diversification from oil towards a mixed services economy, and a series of initiatives such as new smart city programmes and the construction of a metro network, have contributed to the city’s resilience, the study found.

“With solid investment in public transport and smart city initiatives, the city is well positioned to manage its explosive population growth,” said Andrew Woodward, the insurer’s regional manager for the Middle East and Turkey.

How Nature Can Help Make Our Cities More Resilient To Flooding

How New York City Plans to Soak Up the Rain

Inside the Efforts to Preserve Ukraine’s Cultural Heritage

Why We Don’t Believe the Big City Obituary

Sameh Wahba: "Urban resilience is the ability of cities to become stronger"

Six ways to future-proof a city

A parametric approach to pandemic resilience

In cities of the global south, resilience is the only way forward

What are resilient cities?

A resilient recovery – the road to better cities after COVID-19

Is the pandemic causing an exodus from big cities?

How cities can ensure the post-COVID world is greener, fairer and more resilient

Cities around the world coordinate to combat new pandemics: that is how they want to win the battle