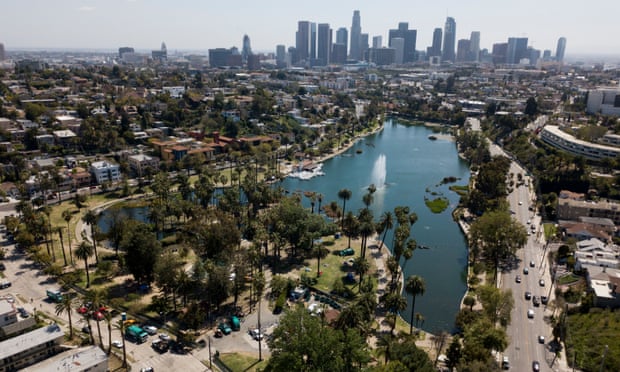 One in four cities around the world lack the money to protect themselves against the ravages of climate breakdown, even though more than 90% are facing serious risks, according to research.

Cities are facing problems with flooding, overheating, water shortages, and damage to their infrastructure from extreme weather, which is growing more frequent as the climate changes. A survey of 800 cities, carried out by the Carbon Disclosure Project, found that last year about 43% of them, representing a combined population of 400 million people, did not have a plan to adapt to the climate crisis.

Budgetary restraints were cited as the key reason by about 25% of cities. Many are reliant on national governments for the funding needed to protect their infrastructure and vulnerable populations from these threats.

The survey found that last year 422 cities had 1,142 projects to adapt to the climate crisis yet to be financed, requiring about $72bn (£51bn) in investment. The cost of water management projects alone that were yet to be financed was estimated at $22.6bn.