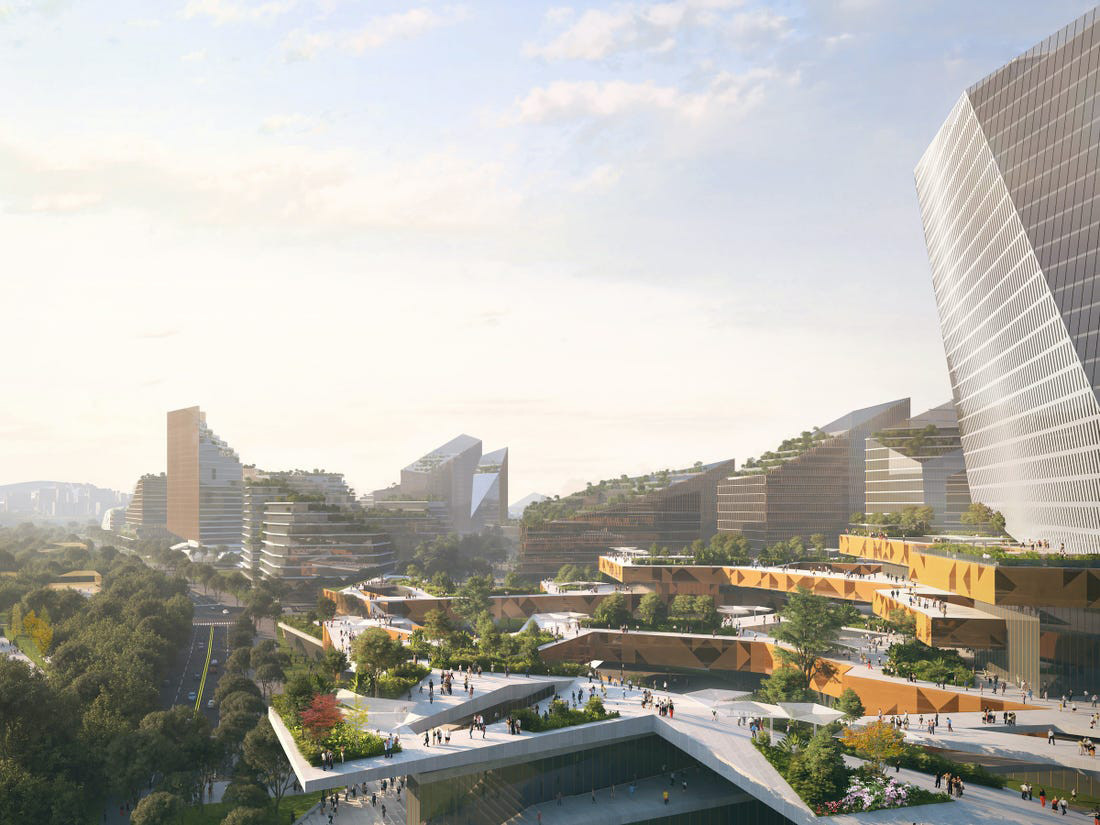 Author | Eduardo BravoThe Chinese internet giant Tencent has commissioned the American architectural firm, NBBJ, with the construction of a smart city in the province of Shenzhen. Planned from scratch, Net City, as it has been christened, will cover an area of just over two square kilometers.These dimensions make it similar to Monte Carlo or Manhattan, two references managed by media companies such as CNN, not just so its audience can get an idea of the size, but also as an aspirational figure. Since, according to initial details, Net City wants to be a city of the future that is as appealing to live in as those two other cities, if not more.

One of the reasons for this appeal lies in the decision of those responsible for Tencent to prioritize the needs and convenience of citizens, minimizing the impact of vehicles on the environment. Accordingly, apart from its commitment to electric public transport and not allowing vehicle access to certain areas, urban planning models will be based on so-called superblocks, sets of buildings with groups of internal streets open solely to pedestrians, so traffic is restricted to major roads around the outside.The aim is to promote relationships between members of the community, reduce travel distances and facilitate flexible working days or tele-working, should the population need to be confined again in the future, as with the COVID-19 pandemic. In fact, given its urban design and the geographic situation of Net City, next to the Chinese coast, the place could be very easily isolated from the rest of the country. In any event, this is not the intention of Tencent, who aim to make Net City not an island, but a vibrant city that becomes a hive of activity and maintains stable relationships with other surrounding cities, with roads, bridges, ferry routes and various subway lines being built for this purpose.

Innovation and environmental sustainability in just one place 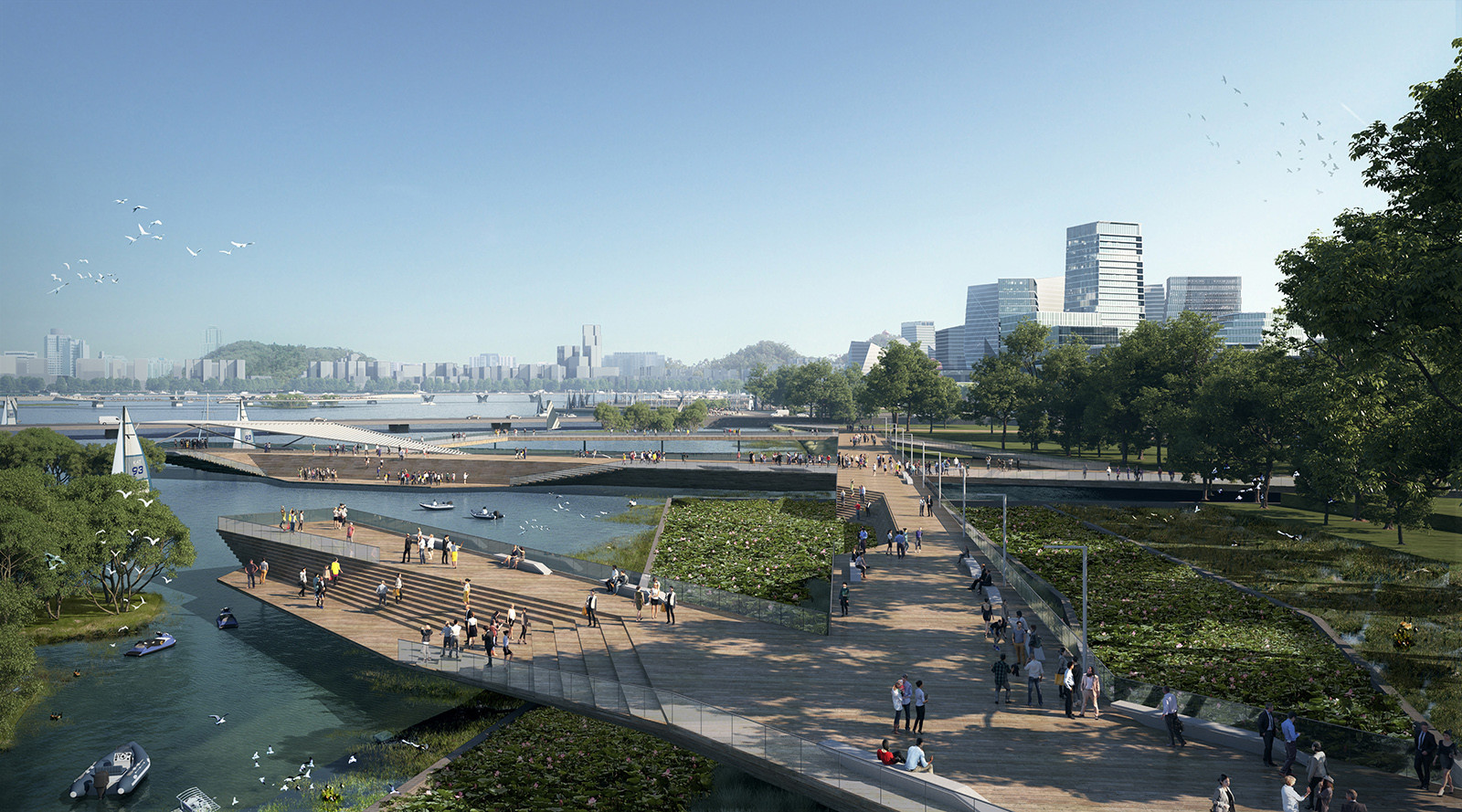 Likewise, the city’s buildings, distributed in different areas based on the type of activity carried out –administrative, commercial, educational, leisure or residential–, will be smart and respectful with the environment. They will be equipped with solar panels to generate their own energy, reclaimed water systems and as this may not be enough to combat climate change, the buildings will be raised to avoid the damage caused by possible rising sea levels.The construction of the project will begin at the end of this year and the first phase is expected to be completed by 2022. The rest will not be completed until 2027, although these deadlines may vary due to COVID-19 and the resulting economic crisis. 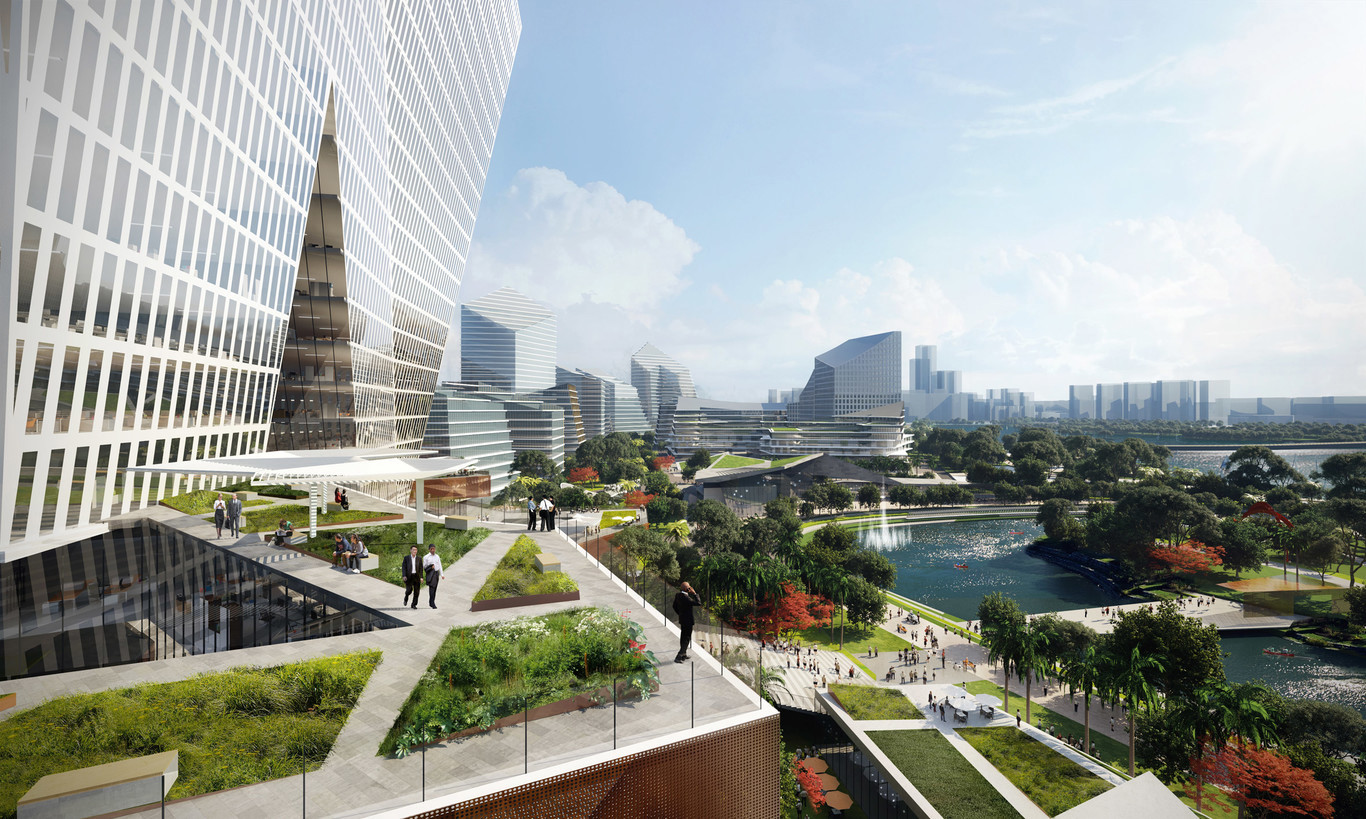 This has been the case with the smart city that was being built by the company Sidewalk Labs in the center of Quayside, Toronto and which has been rendered economically unfeasible by the pandemic. Despite the benefits that this new smart environment was going to provide for the Canadian city in the way of the creation of jobs and a business center, at the moment there are no investors wanting to put up money for the construction.In any event, those responsible hope that at least some of the ideas and solutions that were going to be executed in Canada can now be applied in other areas. For example, in Net City or any other Chinese city, bearing in mind that the country’s government, in the medium-term, needs smart urban centers capable of accommodating 70% of the population, which is the percentage expected to live in cities by 2035. A staggering one billion people.Images | NBBJ