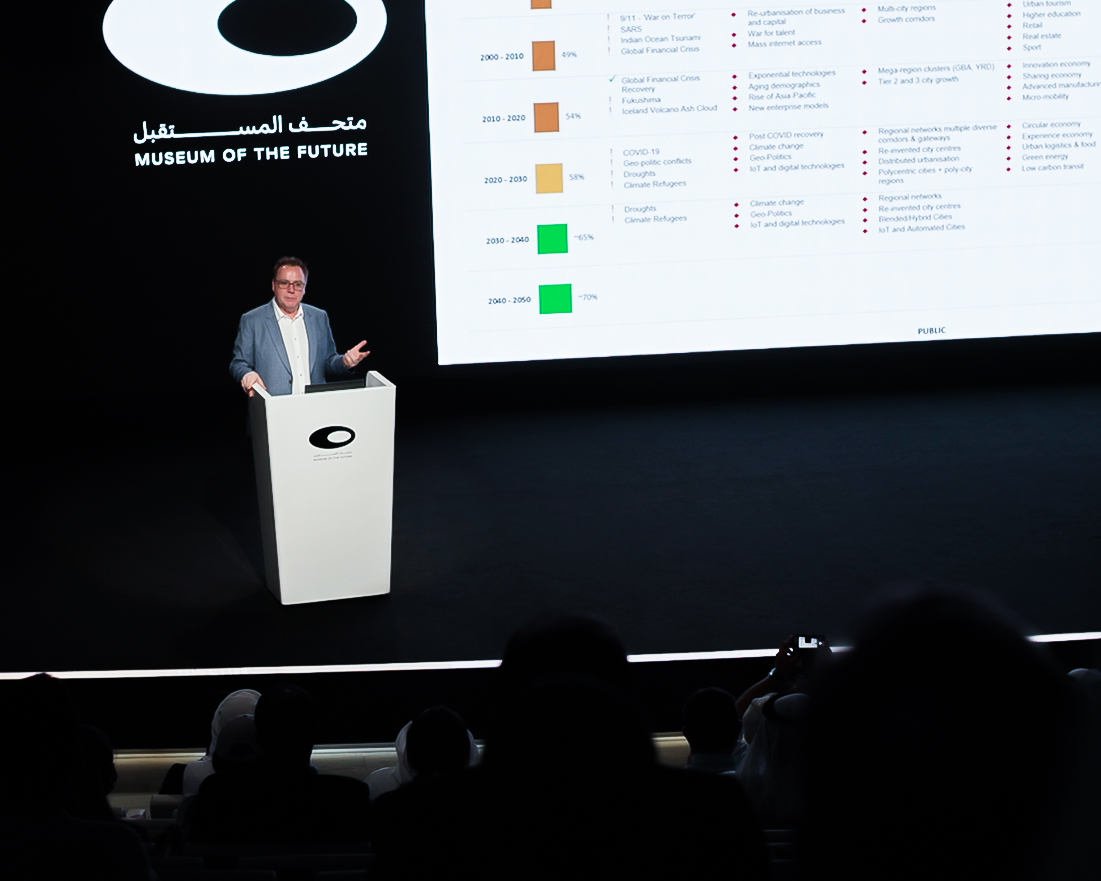 The session, titled "The Future of Cities and Dubai's Role", highlighted the reality of cities in the post-pandemic period, future trends of urban communities in light of recent technological advancements, and Dubai's role in inspiring future cities.

Clark, who has consulted more than 50 governments and 200 cities globally, discussed the concerns of scientists and decision-makers regarding the future of cities, such as decarbonisation and rapid changes in digital communications and services.