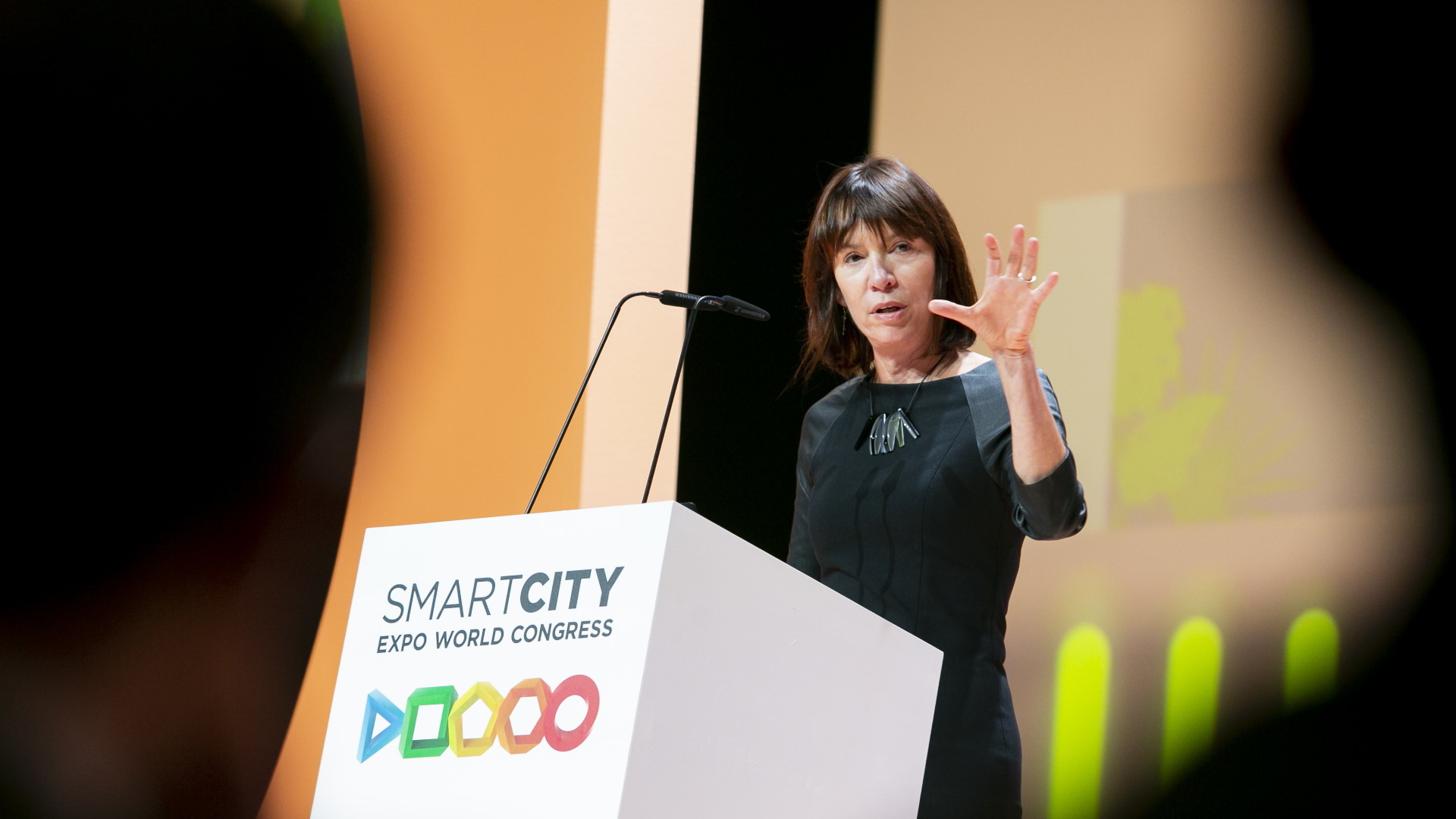 Janette Sadik-Khan, former NYC Transportation Commissioner: Freedom is about being able to go anywhere without having to use a car

Janette Sadik-Khan served as Commissioner of the New York City Department of Transportation from 2007 to 2013, an office that manages the maintenance policies and actions for streets, bridges and avenues used by over eight million people. Now dedicated to advising other cities on mobility issues, she shared her thoughts during the Smart City Expo World Congress 2019 about the importance of public transport when it comes to creating safer and more integrating streets.

As the former Commissioner of the New York City Department of Transportation, you managed, what could be, the most ambitious expansion of policies endorsing the use of bicycles. What lessons did you learn from this experience?

One of the most important things we did when we started working, was to create an image of what we wanted the city to be. And sustainability plan designed by the mayor, Bloomberg, was the umbrella that covered the initiatives and projects we wanted to implement in order to improve the quality of life in the city and to make it easier for people to get around. Because, if you think about it, our streets haven’t changed in 60 years and we need to upgrade them in order to reflect today’s requirements.Having a vision of where we wanted to go and what we wanted to achieve, was essential if we wanted to succeed, because New Yorkers are very sceptical in terms of introducing changes, therefore, showing them what was possible was key. Not everyone is going to agree with all the bike lanes or every square… but if they have an overall vision, they will understand the direction we want to take. This was an incredibly important part of our success.

Bike lanes, in any country, tend to be strongly criticised by drivers. To what extent is this criticism justified? How can we work on reducing this animosity?

I think the conflict we are seeing continuously regarding how our streets should be used, depends mainly on how we get about. If you ride a bike, you see drivers and pedestrians as the enemy. If you are a driver, cyclists and pedestrians are the enemies. So, I think the problem is not whether people are drivers or cyclists or pedestrians; the problem is our streets and how we design them. And we need to design them in a way that pleases everyone.What we see when we install bike lanes, is that those lanes are not only good for cyclists, but for everyone. For example, they make streets safer by protecting the elderly and children. We have seen that businesses prosper with these lanes, with sales increases of around 50%; we have also seen that streets function better and look better. They are places you want to be in. Part of this lies in showing what is possible. We have forgotten how streets can be designed. We have forgotten that we can reduce the way we use cars to get from A to B. And so much more can be done by redesigning our city streets.

There is no doubt that the future of cars is going to be incredibly different in just a few years. How will shared cars and on-demand transport change the topography of our cities?

A car is a car, and that is all it is. It doesn’t matter if it is normal, shared, an Uber or a Lift… It is still the same size, and takes up the same space. What we need to do, is to look at our streets differently. It is about giving people the ability to choose, giving them independence in terms of transport so they don’t have to depend on cars. I think that is the sign of a great city.Freedom is not about having the capacity to go anywhere in a car; freedom is about being able to go anywhere without having to use a car.

Is it too early to start planning how we can integrate on-demand transport services?

I think it is important to look at technology from the perspective of being useful for cities and not the other way round. We need to think about the cities we have to build. How can we use this technology to improve the lives of the people living in our cities? Establishing that vision is essential in order to define how we are going to help meet the population’s requirements.

Should city councils collaborate with car-sharing companies or should they promote their own public transport systems?

The United States is a unique country insofar as it has largely prioritised the use of cars as a means of transport during the last decade. What can cities do to recover public transport and improve its image?

NYC is somewhat unique in the United States in that it is very dense. Other cities tend to be designed around a small centre, surrounded by vast, low-density, neighbourhoods. Those that use cars have money. Those that use public transport are too poor to own a car. How can we combat this stigma?

Someone once send to me that a great city is not one in which everyone has a car, but one in which the rich use public transport. And I cannot think of a better way to describe it. Successful cities will be those that invest in sustainable modes of transport without using cars. If you think about it, people and companies can go anywhere in the 21st century, and cities that enable people to get around without using a car are the cities that companies want to move to.Young people don’t want a driving licence, they want to share the way they get about. Therefore, it isn’t a case of being green and eco-friendly; enabling people to get about on foot or using public transport is a truly sound economic development strategy. It is the secret ingredient for the cities of the future.Photo | Janette Sadik-Khan