Hyperlocal Zoning: Enabling Growth by Block and by Street 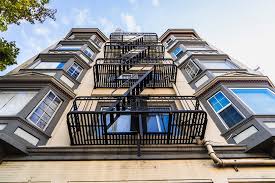 Many policymakers, mayors, and advocates want more housing and other construction, but political obstacles frustrate planning staff trying to achieve those goals. Residents understandably fight against change when they think that it puts their home or community at risk. Proponents of density, therefore, often push for the state or even the federal government to impose it. So far, this strategy has resulted in only limited additional construction, compared with the potential.

A large body of evidence suggests that the opposite tactic—devolving down to a very small-scale supplementary power to allow more housing—should have more success. In this report, I suggest that local governments should allow far smaller groups of residents the option to upzone their own area, via a “street vote” of residents of a single street segment, or a “block vote” of residents on a single city block. The key is to use the strong economic incentives for infill growth to solve political problems by enabling bargaining at highly local levels. Votes by street or by block would give residents a way to negotiate to share the benefits of new development and ensure that it will suit them.

This report considers the many areas across the U.S. with high potential growth but where there has been little new housing development for decades. Street and block votes should prove a popular means of increasing development in lower-density areas with high housing costs, while respecting existing rights and without disrupting existing successful processes for upzoning. Hyperlocal zoning builds on Donald Shoup’s proposals for pricing parking, which have been adopted in various places. His proposals succeeded by ensuring that everyone shares the benefits of the reform, which helps overcome the political obstacles to parking reform by creating a broad coalition in support of Shoup’s ideas. According to Shoup, “Assembling support for parking reform is like opening a combination lock: each small turn of the dial seems to achieve nothing, but when everything is in place the lock opens.” The aim is to repeat that success with zoning.