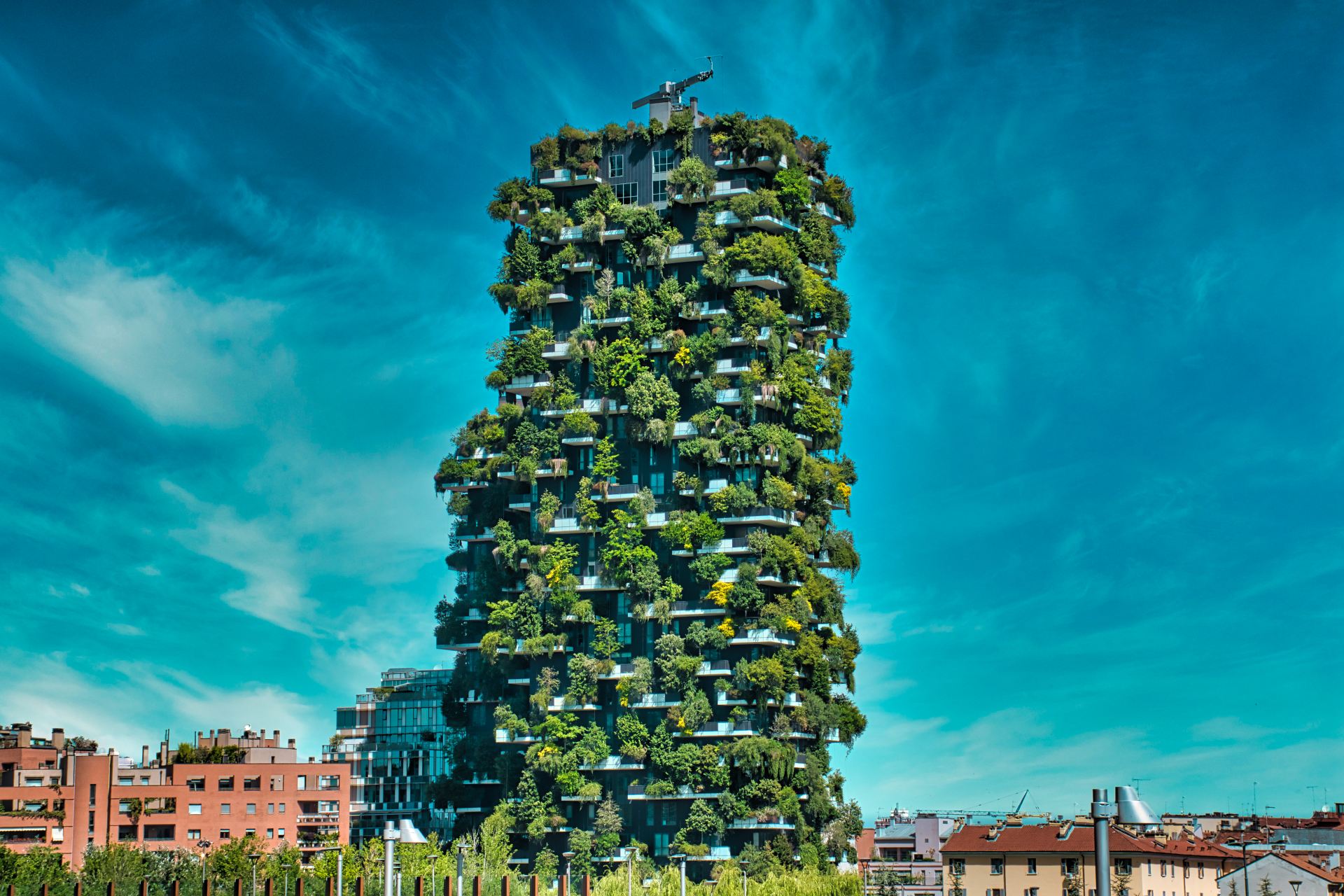 Human activities crossed the earth's 'self-repair' threshold decades ago, when the impact of our civilization began to consume resources way beyond the environment's capacity to replace them. How many humans can the Earth accommodate?

What is an ecosystem's carrying capacity?

The carrying capacity is the maximum number of individuals of a species that an environment can support. It is the environment's maximum capacity. As strange as it may seem, there is a maximum number of bacteria, insects, rodents, deer or humans that can live in a specific region. Beyond that capacity, the system cannot recover. 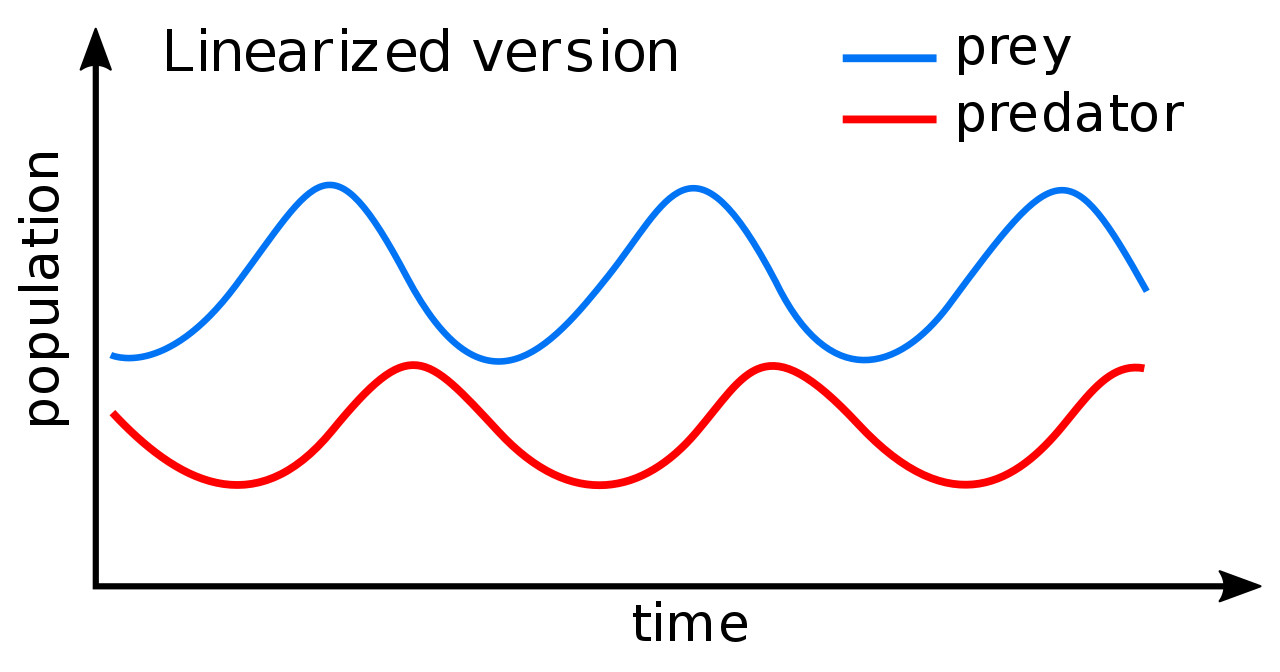 Nature is resilient, and it has mechanisms to regulate growing populations. When deer multiply, wolves do too, until they control the deer population, after which, the wolf population decreases. Yellowstone is an example of this. 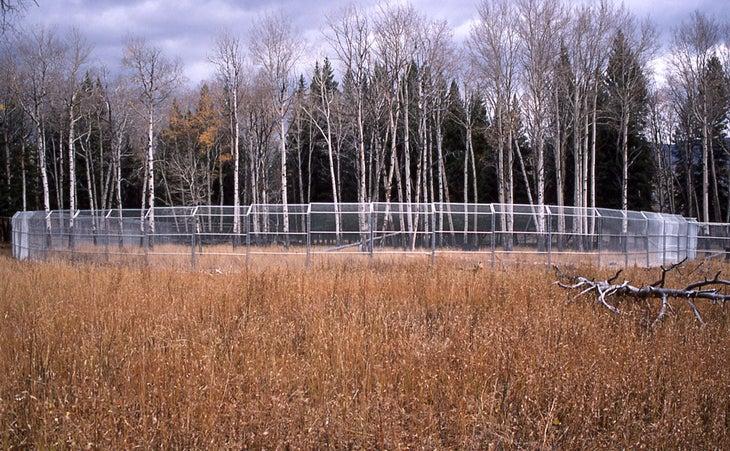 In 1995, wolves, which had been previously eradicated, were reintroduced into Yellowstone and this significantly reduced the vast numbers of deer. Thanks to this, trees and bushes were able to thrive, which attracted wildlife that had been absent for decades such as insects and beavers. These, in turn, built dams and redesigned the surroundings. It is now infinitely more resilient.

Have we exceeded the environment's carrying capacity?

We have far exceeded it, but with many nuances. Not all societies put the same pressure on the environment or on the same resources (CO, water, biodiversity, soil use...). Unfortunately, if you are reading this, your region more than likely needs to actively work towards reducing your environmental footprint and that of your neighbors. 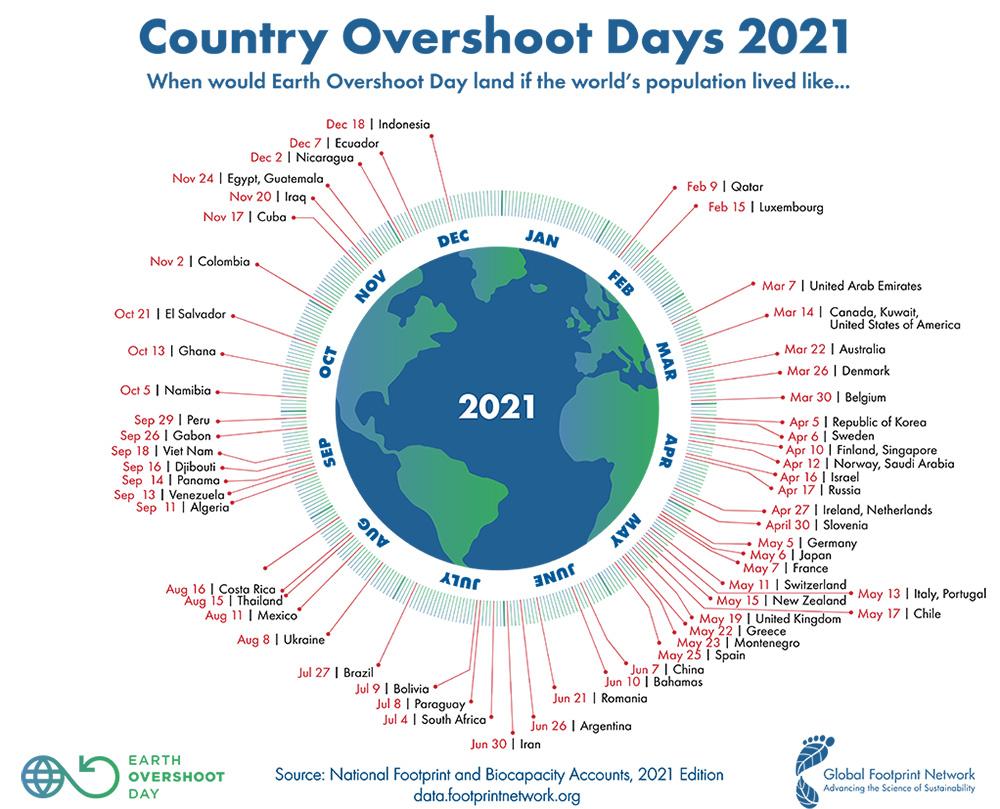 The image above shows the Earth Overshoot Day. The day on which the Earth goes into the red because we have started extracting renewable resources of the future. As illustrated, not all countries reach the EOD on the same day. Furthermore, there are significant differences within the countries themselves. How should this image be interpreted? As follows:

Or, from another perspective, we would need ten planets. The country writing these lines does not escape this: 25 May, day 145 of the year. 145/365 = 39.7%. If the entire population lived like people do in Spain, there would be a population surplus of 60.3%, or we would need more than two planets. We have exceeded Earth's carrying capacity, and the response is not necessarily to have fewer children.

Relocating 'under' the Earth's carrying capacity 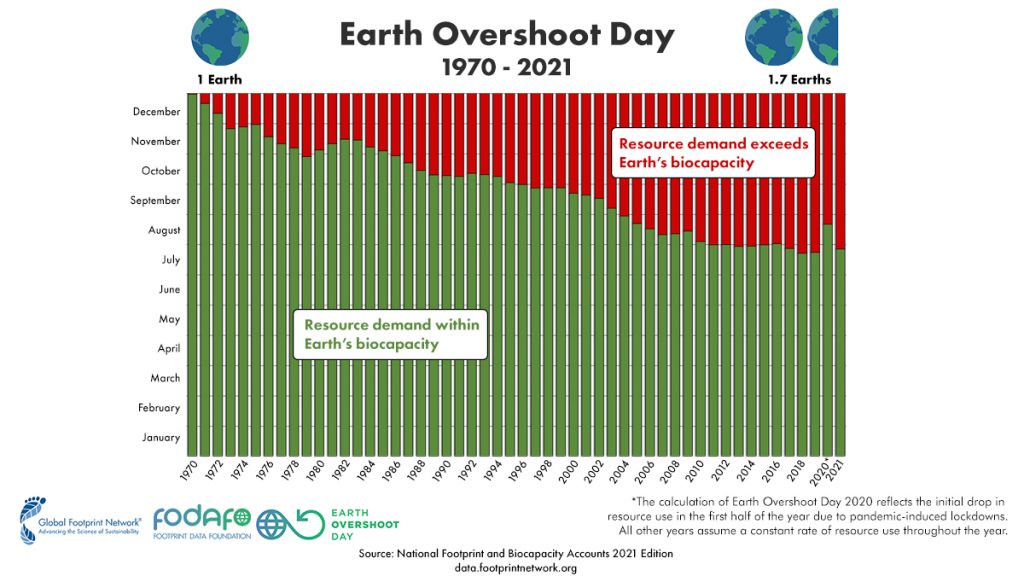 The last time humanity was sustainable and the planet could support our population, was in 1969. From then on, we began to use more resources than the planet could replace. The record was reached in 2018. That year the EOD reached the end of July. Translation: that year we 'stole' more than five months of resources from the future. But there are a number of reasons to be hopeful.

Changing the habits of humanity

Having 'just' two children, living without a car, reducing transcontinental flights and purchasing green energy are 'activities' that would save the most global COemissions. Although there are other metrics (water, biodiversity, etc.) that are often related.

Clearly, it would also help to live in densely populated cities, which occupy 10 times less land, use up to 12 times less water, spend less than half the amount of energy on HVAC and transport and reduce by four the public cost of maintaining the infrastructure per person, according to studies.

As with deer, humanity also has its wolves, although not in relation to the food chain. We know that there are nine planetary boundaries which, if crossed, will lead to a population decline (collapse). 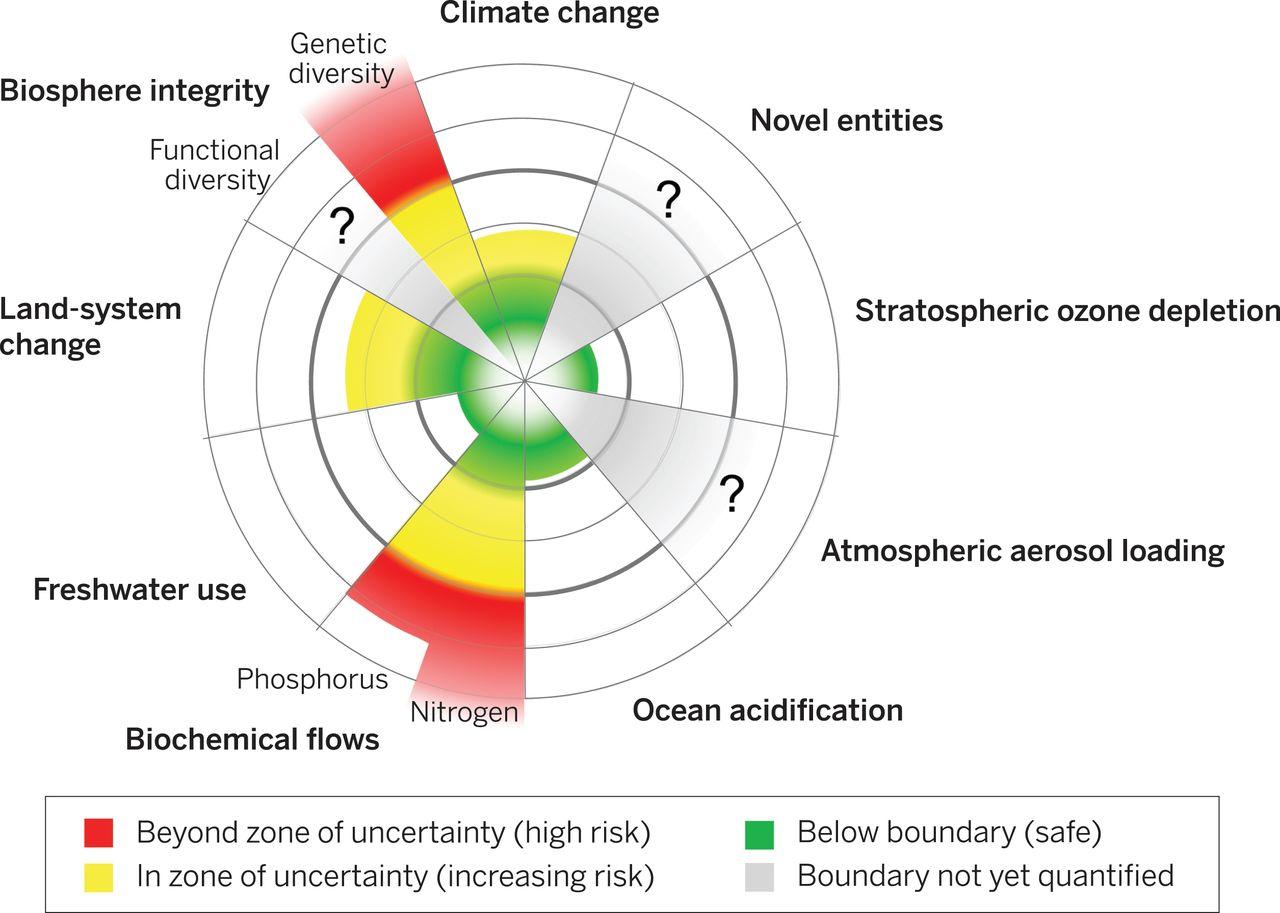 By 2015, we had crossed at least two (biodiversity, geochemical cycles of nitrogen and phosphorus), and today, we know that climate change is irreversible in this century and that the use of the Earth's land will have consequences on the carrying capacity. It will drop (even further).

The 'standard run' model is, to date, the most reliable prospective model. It all suggests that crossing those thresholds or limits will make the population drop significantly by 2100. We should not fear this or panic: all animal populations self-regulate from time to time, even though we are used to being an alternative.

How much food do we need for every 1,000 million inhabitants?

Estimating the amount of food a person needs to stay healthy (and not just survive) is tricky. Much more if we scale it to one billion people. The causes are numerous, given that each region may have different nutritional requirements and cultural nuances -after all, the food consumed by an Inuit is not the same as that of a Bedouin. Also, not all foods are equally easy to provide and grow all over the world.

However, we do have caloric recommendations, which roughly correspond to 2,000 calories for an adult woman and 2,500 for men. Children and the elderly need a lower energy intake.

Keep in mind that calories are not everything. It would be very easy to reach those recommendations by eating only carbohydrates, but that would lead to all kinds of diseases. It is necessary to maintain a balanced diet within the cultural and geographical peculiarities of each region.

Is it possible to grow all the food that will consume the next billion of people? Indeed, it's absolutely feasible. Reducing waste, using smarter crop planning, efficient irrigation systems, crop rotation, and proper livestock farming, we could feed nearly 10 billion people without increasing the currently available agricultural land.

Can we increase the Earth's carrying capacity?

A few decades ago, it was believed that technological innovation would help increase the Earth's carrying capacity. However, each innovation in one area (for example, greater food productivity and renewable energy), experienced setbacks in others (extremely high levels of nitrate pollution and the extraction of materials).

Nature is extraordinarily efficient in what it does. Improving its figures is not going to be easy, although, undoubtedly, there are less harmful technologies than others. For example, aeroponics uses far fewer resources than traditional agriculture. 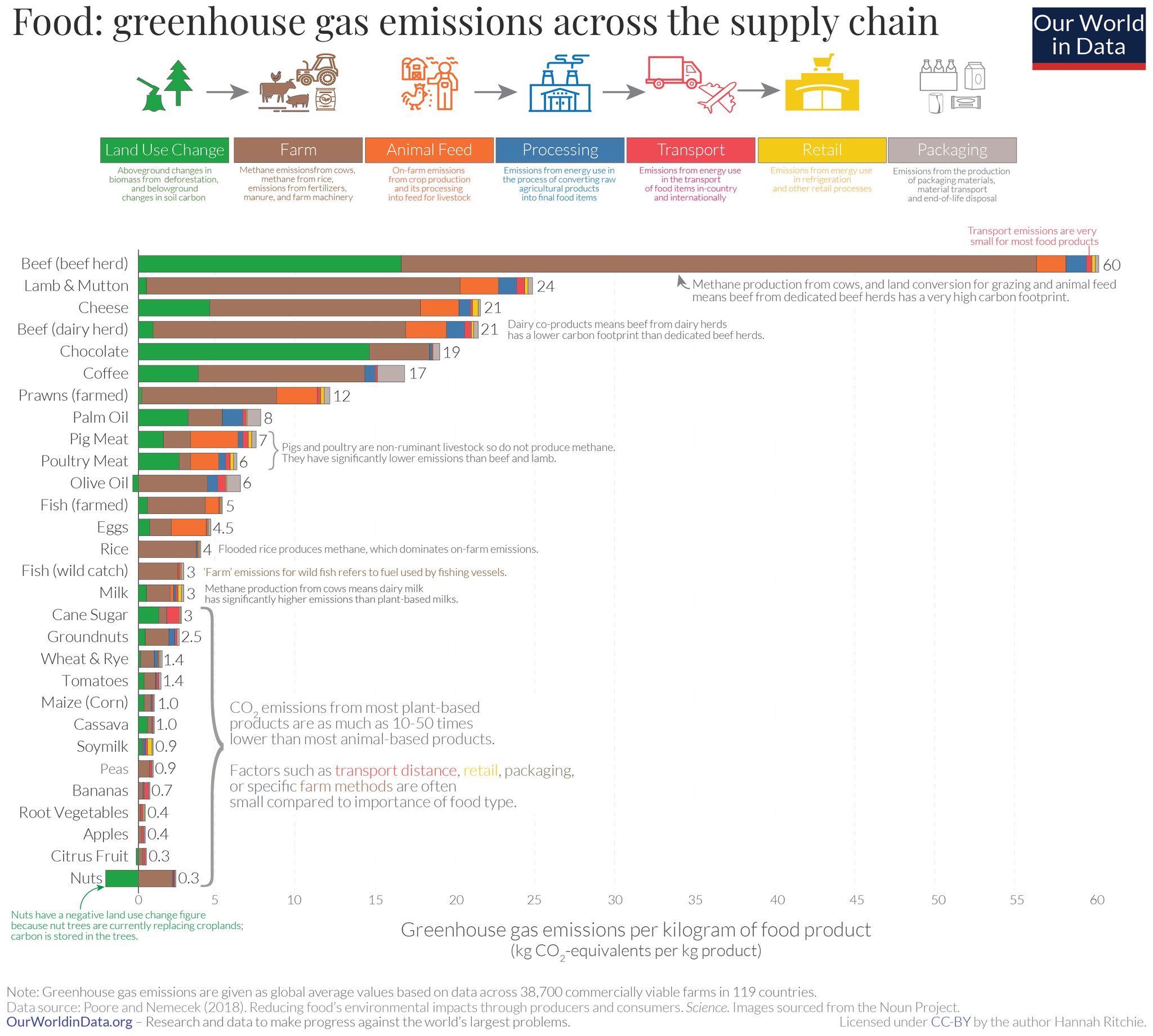 In an ideal universe in which 100% of the population solely depended on renewable sources of energy, lived in densely populated cities, reduced the consumption of certain foods (see graph above), all travel was by train or boat (or walking and on bikes, and we recirculated all resources, 10 billion people could just have enough space in which to grow.