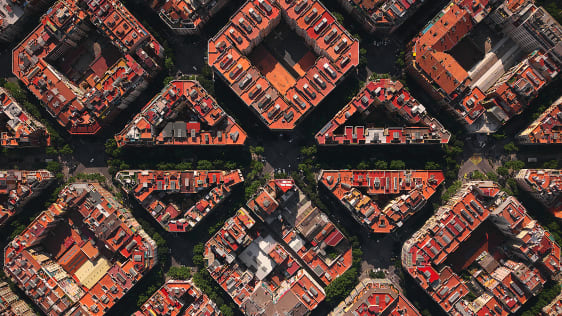 When the city of Barcelona started rolling out new “superblocks” in 2016—nine-block grids that reclaim streets from cars and turn them into pedestrian-first zones—the idea was controversial. But, the concept proved to work: As traffic disappeared from neighborhood streets, so did air pollution and noise. Green spaces helped reduce the urban “heat island” effect. Kids suddenly had a place to play. Benches and planters turned former traffic lanes into parks. More people started walking and biking.