Heroes and villains in urban development 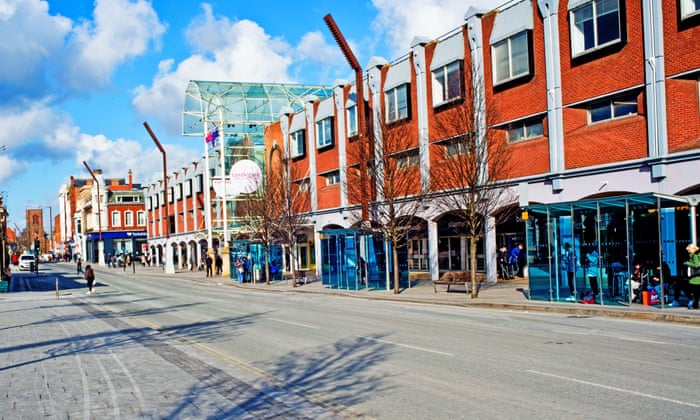 Oliver Wainwright’s feature about Stockton-on-Tees (Bulldoze the high street and build a giant park: is Stockton the future of Britain?, 11 February), does not mention the man who fought valiantly in the 1960s to save it from decline: Franklin Medhurst, a second world war hero and visionary town planner, whose forward-thinking Teesside Plan was derailed when the self-interest of local politicians combined with the murky web of John Poulson corruption to wreck his team’s proposals for a better Teesside. Stockton would have been its cultural centre, with its much-loved Georgian and Victorian high street preserved for the enjoyment and pride of citizens and visitors.

Frank stood up to the planners and councillors who proposed to replace it with a cut-price concrete desert. He surveyed local opinion, and reported that the public did not want the town’s old buildings pulled down. The politicians’ revenge was savage – Frank was sacked. He never lost his idealism or activism – in 2016, when he was 96, his anti-Brexit letter to the Guardian went viral.