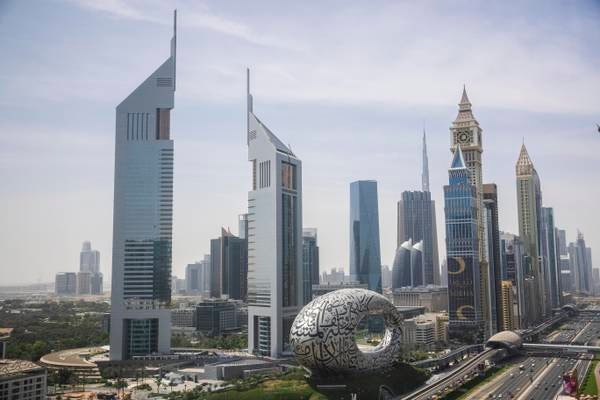 Dubai has been ranked the third-best city in the world for digital nomads to live in, according to new research by real estate consultancy Savills.

Lisbon, the capital of Portugal, topped the table and Miami was ranked second in the Savills Executive Nomad Index, which lists the top 15 cities for long-term remote workers, based on internet speed, quality of life, climate, air connectivity and prime rents, Savills said in a statement on Wednesday.

Portugal's popular Algarve region, in the south of the country, was ranked fourth, followed by Barbados in the Caribbean.

Barcelona, Dubrovnik, Saint Lucia, Malta and Antigua & Barbuda round out the top 10. No cities in Asia featured in the index.

Image from The National News