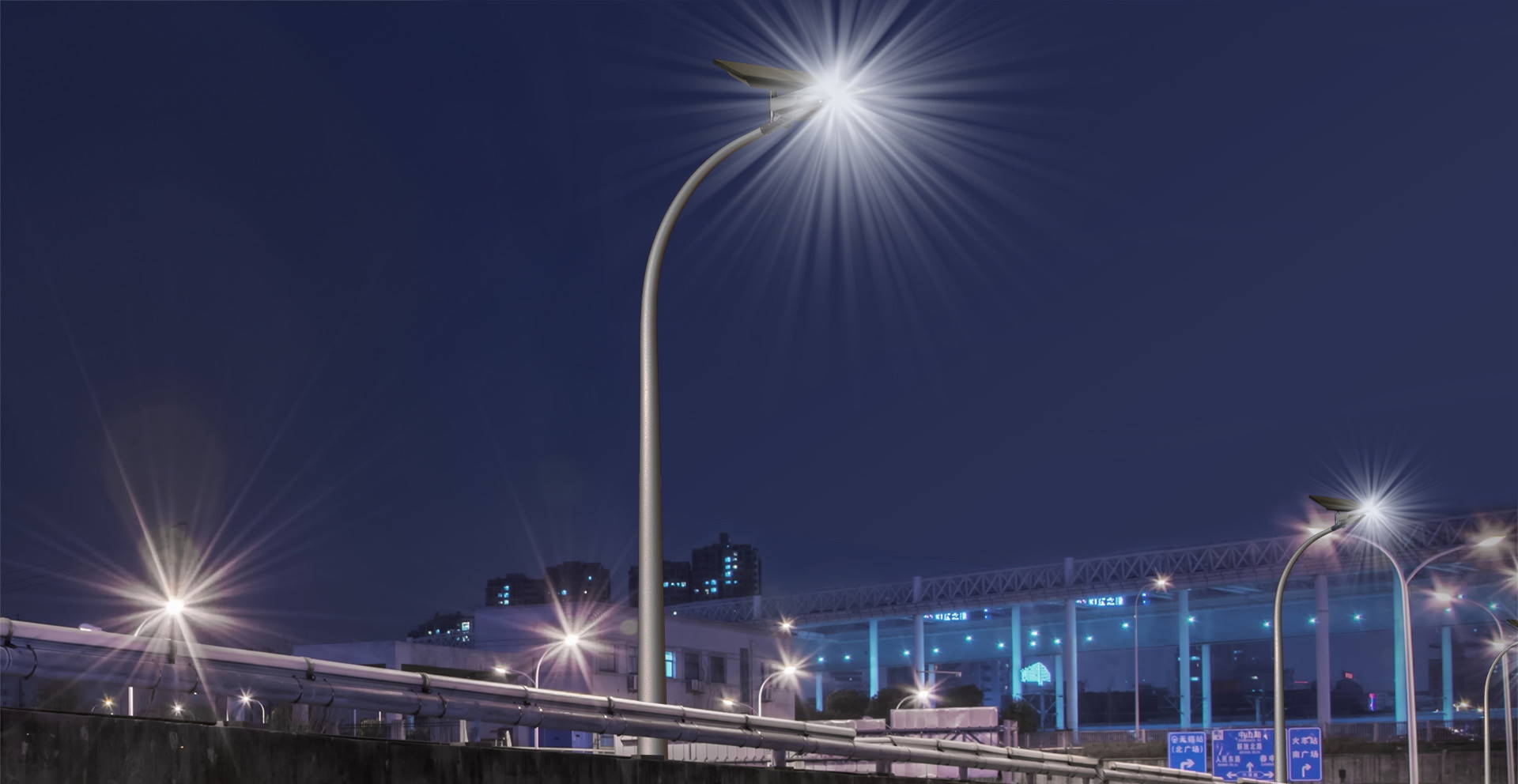 If you live in Spain or if you have ever visited one of its major cities, you are bound to have noticed the vast number of streetlights along their streets. Specifically, there are over 10 million active light points today. And yet, did you know that less than 1% of these are solar powered?

Spain is the EU country with the highest number of sunlight hours but also one of the largest spenders on lighting. In an increasingly urbanized world in which half the world's population lives in cites, it is imperative for major urban areas to be guided by sustainable urban development aimed at making them more efficient and with new services designed to improve the quality of life of their inhabitants. And this is where Staria Technologies comes in.

Can you imagine never having to pay again to light up your facilities, streets or companies? Although it is hard to believe, this may be closer to reality than we think. Staria Technologies was created with the aim of leading the energy transition for the cities of the future, with the creation of solar streetlighting.

Innovation as a philosophy

The idea of producing these lighting fixtures came about when Miguel Domingo, one of the company's founders, began analyzing traditional lighting systems in our cities and how these prevented public spaces from becoming sustainable. He discovered that there was already a solution on the market with enormous potential, solar lights, but these were made with inferior quality materials. "I wanted to implement this idea and take it to the next level", explains Miguel.

With the aim of creating a product designed for smart cities, the project began as a smart interface enabling all the lighting systems installed on the streets to be managed automatically. The hardware design was added to this software, which was also made using the most efficient materials on the market from Barcelona.

These are 190 lm/w High Efficiency LED lights, equipped with an Infrared Sensor, a LifePo4 battery with a lifespan of 10 years and an adjustable panel that adapts to any environment. They can also be adapted to any pole, so halogen or simple LED lights can be changed.

You pay less and care more

Unlike conventional lighting fixtures, Staria uses sunlight as a renewable energy and it does not require complex wiring systems. This not only reduces the price of the lighting solution, which drops from €4,000 to €1,500, but also the annual costs of maintaining the wiring systems and repair costs. In other words, this is a zero-emission system that is 60% cheaper than traditional light points at the time of installation and 90% cheaper over time. And recyclable, of course. 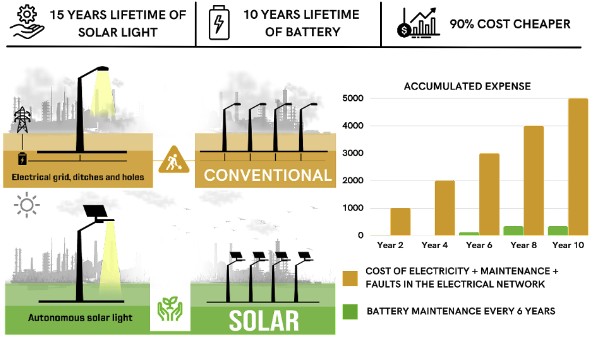 Where will we see them?

In short, the enormous capacity of these streetlights together with their eco-friendly, innovative and futuristic design, makes them ideal for any urban installation. Therefore, we can use this lighting system in parking lots, private urbanizations, logistics centers, industrial areas, ECO hotels, rural areas or workout parks, among others.