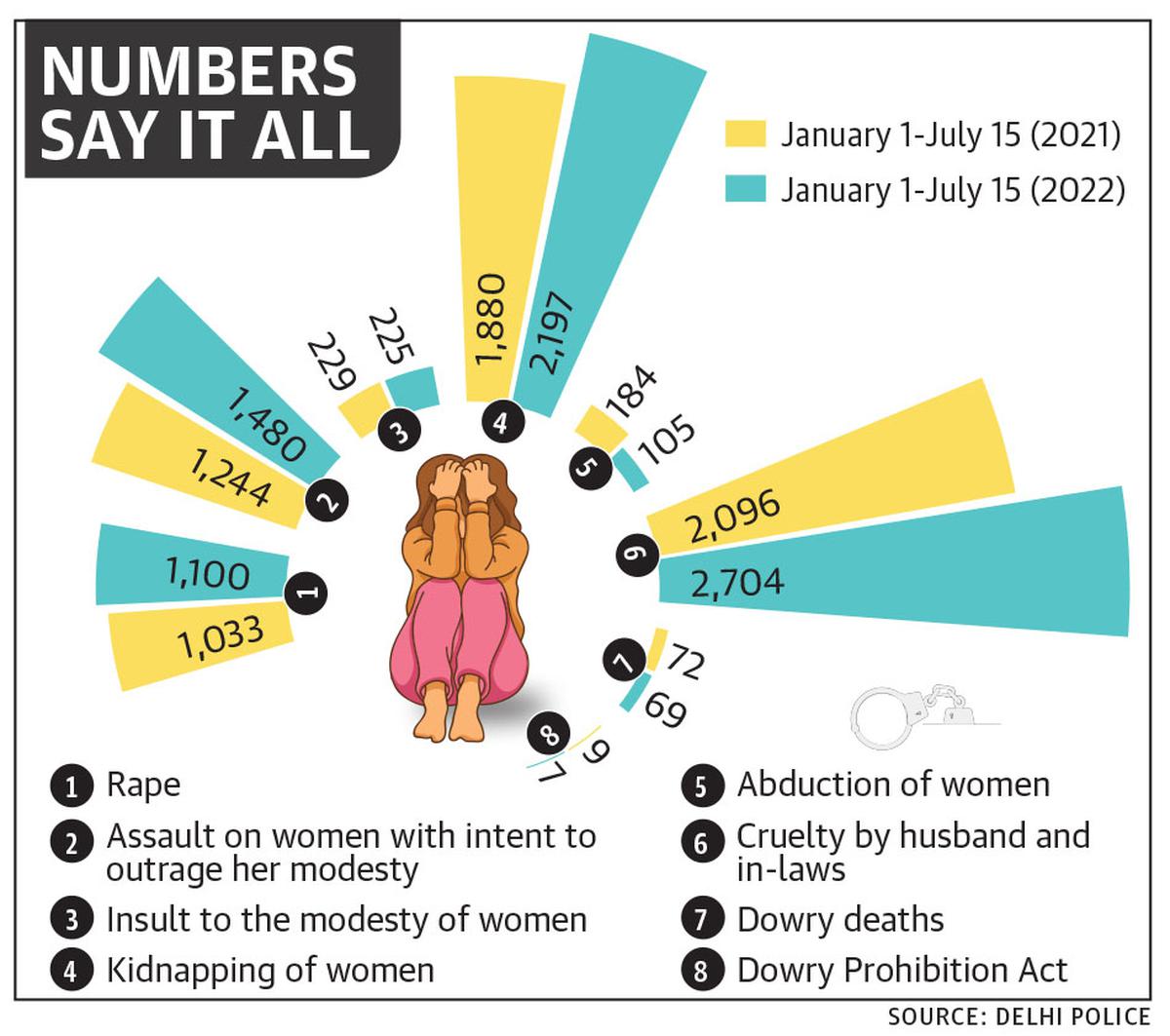 Instances of cruelty by husband and in-laws have risen by 29% during the said period with 69 cases of dowry deaths and seven under the Dowry Prohibition Act have also been reported.

Delhi recorded a 17% rise in crimes against women in the first six and a half months this year as compared to the respective period last year, according to Delhi police data.

An average of six cases of rape and eight cases of assault on women were reported daily, the data show.

The total number of crimes against women recorded from January 1-July 15 last year was 6,747, while the number went up to 7,887 this year.

There has been a 19% rise in cases of assault on women, while the number of rape cases has gone up by 7%. In most cases of rape and assault, the victim and accused are known to each other, said a senior police officer.

IMAGES FROM The Hindu