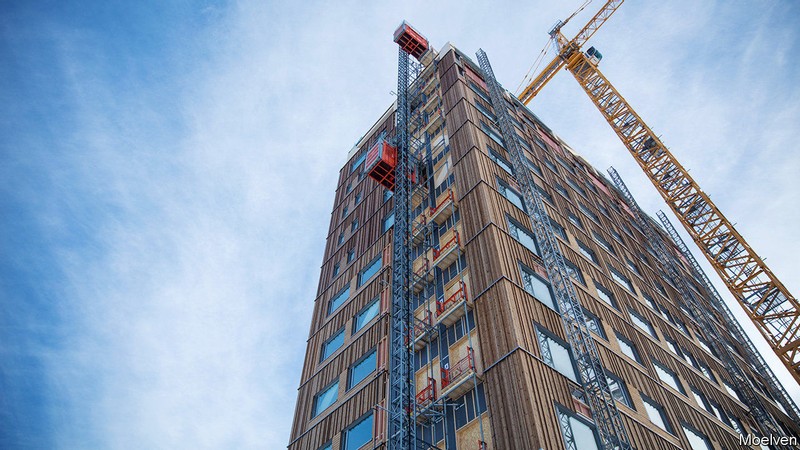 More than half the world’s population dwell in cities, and by 2050 the un expects that proportion to reach 68%. This means more homes, roads and other infrastructure. In India alone, the equivalent of a city the size of Chicago will have to be developed every year to meet demand for housing. Such a construction boom does, though, bode ill for tackling climate change, because making steel and concrete, two of the most common building materials, generates around 8% of the world’s anthropogenic carbon-dioxide emissions. If cities are to expand and become greener at the same time, they will have to be made from something else.